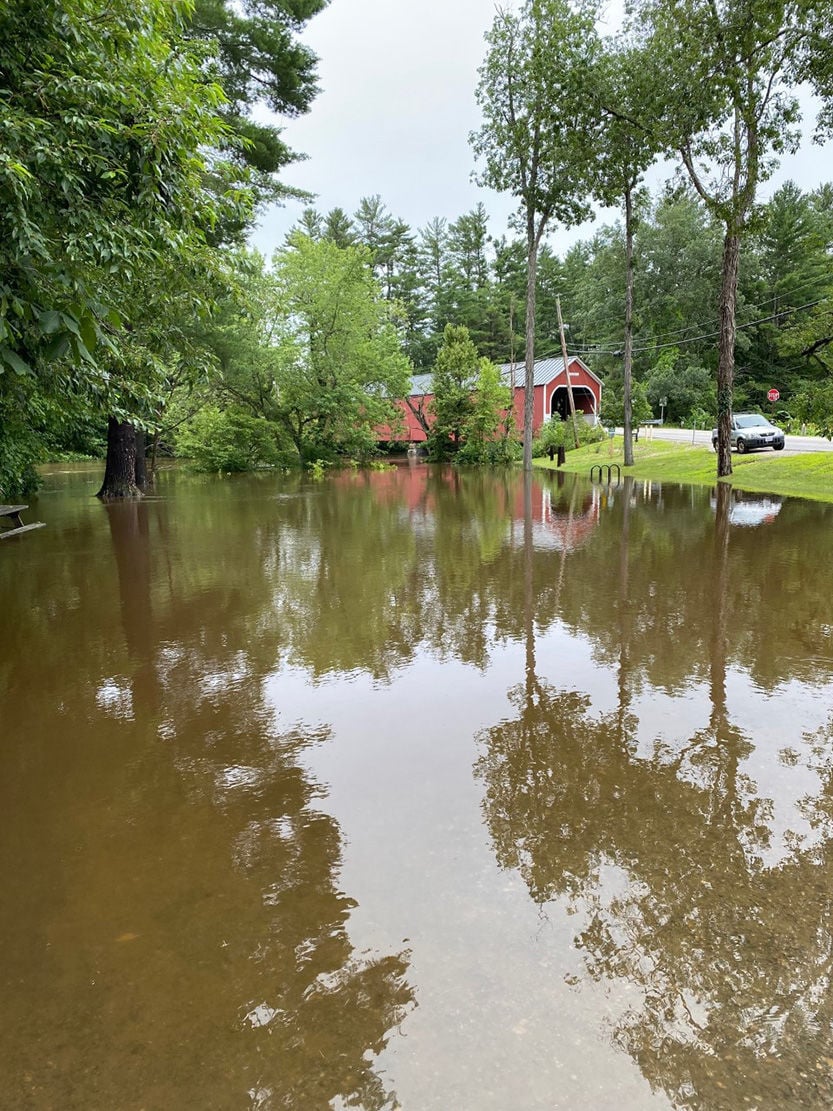 Sawyer’s Crossing in Swanzey was flooded on Sunday. 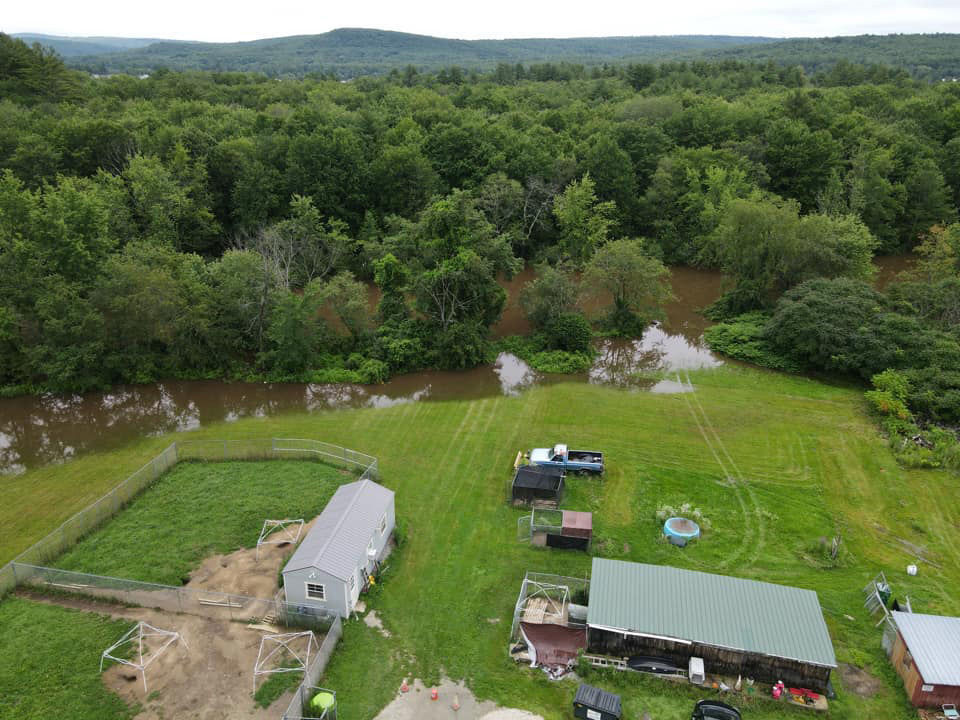 The Ashuelot River rises off Matthews Road in Swanzey Sunday. 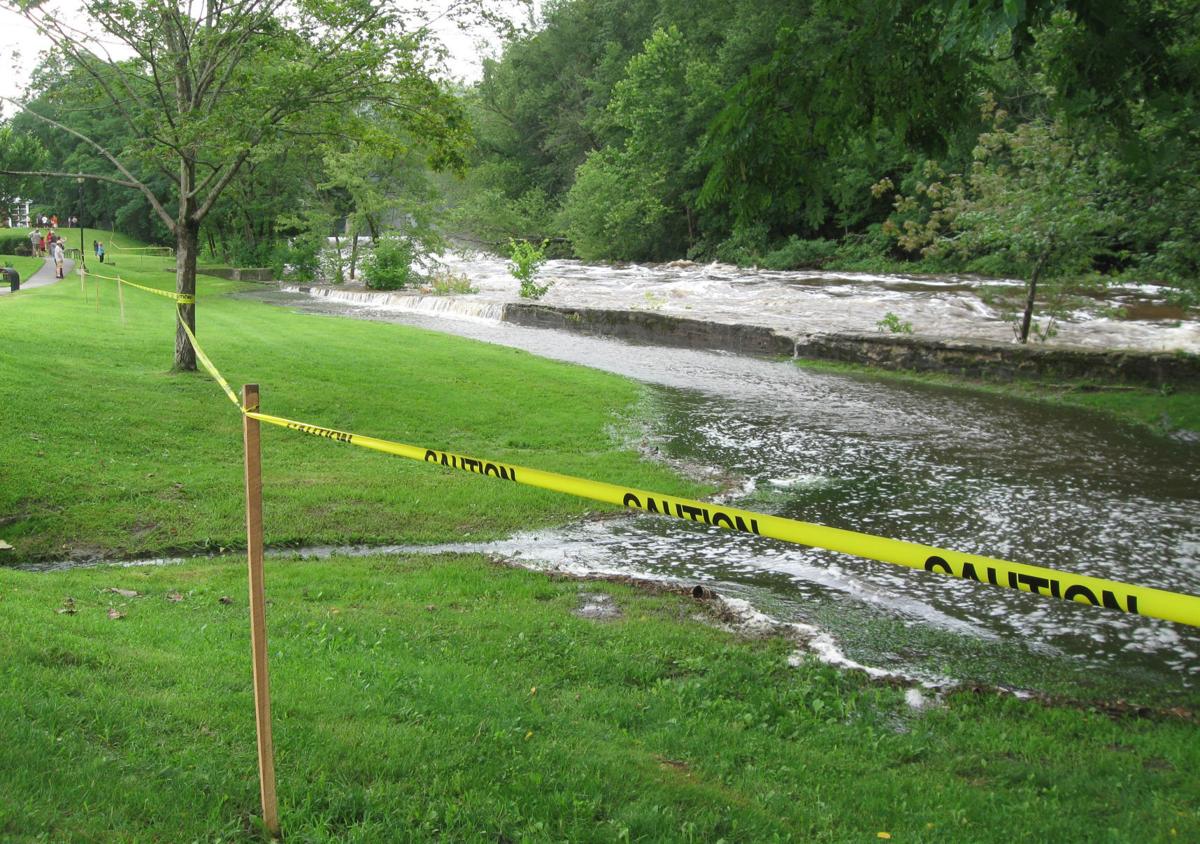 Sawyer’s Crossing in Swanzey was flooded on Sunday.

The Ashuelot River rises off Matthews Road in Swanzey Sunday.

Much of Cheshire, Hillsborough and Sullivan counties were experiencing near-drought conditions as recently as two weeks ago, and New Hampshire saw its hottest June on record.

Then, last weekend, heavy rains caused flooding throughout the Monadnock Region, washing out roads and leaving many area residents to face a daunting cleanup process. The southern part of the state is on track to set precipitation records in July, according to the National Weather Service.

“It’s a fairly amplified pattern, so we’ve been kind of seeing the two ends of the spectrum the last couple of months,” said Michael Clair, a meteorologist for the National Weather Service in Gray, Maine. “... It’s uncommon to have these high of swings.”

“And it’s part of the high variability we see in weather patterns as a result of climate change,” she said Tuesday. “So, with temperatures getting warmer, when you have a dry period, those warmer temperatures will exacerbate that. So, dry becomes drier. And then when you get into a wet period, warmer temperatures can hold more moisture in the air, so wet becomes wetter.”

Warming temperatures throughout the state have caused “a significant increase” in severe weather events like last weekend’s since the early 1970s, Stampone said, making it more likely to see heavy rains after dry spells.

“And so this type of seesaw weather pattern fits in with the physics of what’s expected in response to a warmer atmosphere,” she said.

Last weekend’s flooding, Stampone added, was specifically the result of the slow-moving line of thunderstorms that dumped more than 5 inches of rain — and almost 8 inches in some parts — on the Monadnock Region.

“And so when it rains that hard, that fast, a lot of the water kind of just runs off the surface and fills up surface-water systems like lakes and streams, and so you get flooding,” she said.

Some areas saw more intense thunderstorms than others. Jaffrey, for instance, got more than 7 inches of rain, primarily due to the path of this particular storm system, Clair said.

“Most of it is just luck of the draw,” he said. “There happened to be multiple rounds of storms that came up through there. But then there is also the factor of some of the higher terrain across southwest New Hampshire. That can kind of help — maybe not so much in this case, but as a general rule — can kind of help get thunderstorms going a little bit more easily.”

“So getting the rain was good for the drought,” she said. “And if we look at July now, especially in that part of the state, the rainfall in July has covered the precipitation deficits that were the cause of the drought earlier in the season.”

Heading into July, Keene was about 3 inches of rain behind a normal year, Stampone said. Consistent precipitation throughout the month, though, has resulted in 13.75 inches of rain so far, drastically higher than the average of 2.86 inches for July.

Moving forward, though, it’s difficult to predict what the rest of the summer, as well as fall and winter, will hold for precipitation in the region, Stampone said.

“New England is particularly challenging when it comes to the far out,” she said. “We don’t even call them forecasts. They’re just outlooks.”

So, she said she encourages Granite Staters to incorporate water conservation into their everyday lives, both to account for the unpredictability of the climate and to help restore groundwater levels.

“Even as we get wetter and stormier, we can still have these dry periods like we saw earlier in the summer,” she said. “And summer’s not over yet.”

And, Stampone added, even with severe storms like last weekend’s, the Monadnock Region can still expect extreme dry spells, too.

“Even if we get rainfall, it does take a while for the groundwater system to recharge,” she said. “So, that’s how you can have droughts and floods at the same time.”