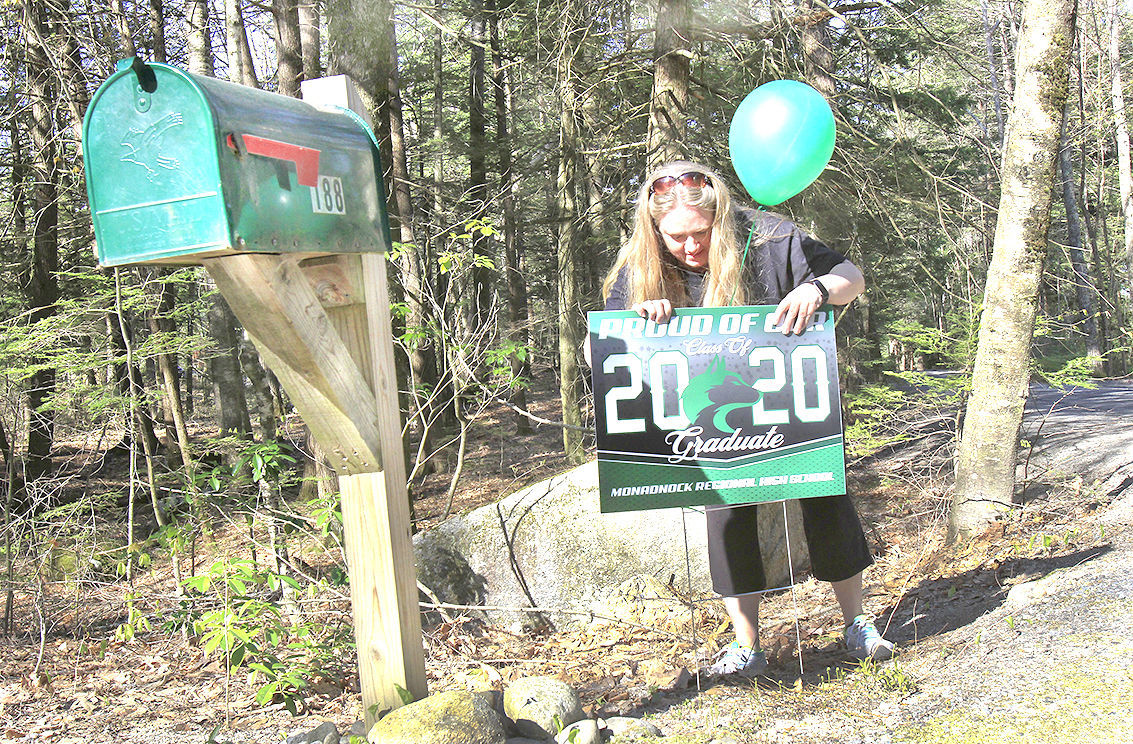 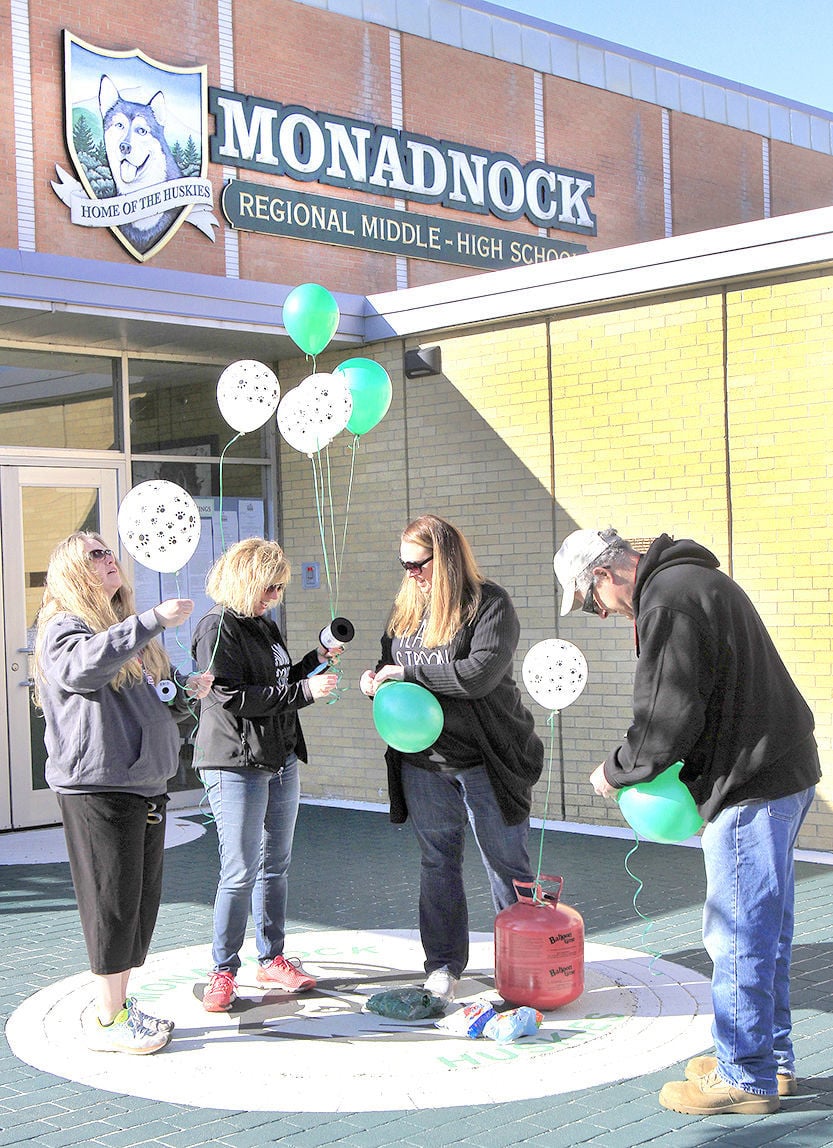 “I thought it would just be normal — graduate when we were supposed to and turn all our work in,” the Swanzey resident said Thursday. “But obviously we can’t do that now.”

At a time when seniors typically would be celebrating with milestones like prom and graduation, the coronavirus pandemic has changed or canceled essentially all of those traditions. Wilder was supposed to have one of the lead roles in the school’s production of “Catch Me If You Can,” until the play was canceled on what would have been its opening night.

Monadnock students have been learning remotely since March 16. And with the class of 2020 lamenting the loss of so many memorable events, the staff and administration at the school wanted to give seniors a new and different happy memory. So, on Thursday morning, Principal Lisa Spencer and senior class advisers Becky Russell, Sandy Smith and Bill Parkman loaded up a school bus with 89 specially made lawn signs and traveled throughout the district, surprising each graduating senior with a sign and balloons.

The sun was already shining, and a cool breeze blowing, when the school staff arrived at Wilder’s house on Katie Lane shortly after noon Thursday. It was the group’s last stop in Swanzey, before continuing on to surrounding towns within the district, which also serves students from Richmond, Roxbury, Fitzwilliam, Troy and Gilsum. All of the graduation signs were to be delivered by Friday morning, Spencer said. The school worked with Bulldog Design in Keene to produce the signs.

Students who got their signs Thursday displayed “a whole range of emotions,” Spencer added. Some had tears in their eyes, and others were just happy to see a few friendly faces from school. Naturally, a few were still asleep when school staff dropped by Thursday morning.

Spencer emailed all seniors’ parents to let them know about the deliveries, which led to a handful of small, socially distant family gatherings, too. Wilder’s grandmother, along with several aunts, uncles and cousins, came over to cheer for him and take photos when he got his sign. The whole thing remained a surprise to Wilder until the school bus rolled up, and he strolled out the front door of his house, wearing sweatpants and a green and white Monadnock hoodie.

“When I first saw the bus, I knew it had to be something school-related, but I didn’t know what exactly,” Wilder said. “And then when they came out, I just thought it was a very kind thing to do.”

The gesture is exactly the type of support the Wilder family has come to expect and appreciate from the Monadnock district, added Chris’ mom, Kristie Wilder.

“The teachers and the admin and the principal have been phenomenal,” she said. “We couldn’t ask for anything more, going through all of this. It’s difficult to see the kids going through it and knowing they’re going to miss out on a lot of things. It’s sad, but they’ll make it work.

After graduation, Chris Wilder plans to attend Curry College in Milton, Mass., where he wants to study communications and pursue a career in sports broadcasting. But much like the end of his senior year of high school, plans for Wilder’s freshman year of college are still up in the air due to the pandemic. For now, though, Thursday’s surprise provided a bright spot in an otherwise tough spring semester.