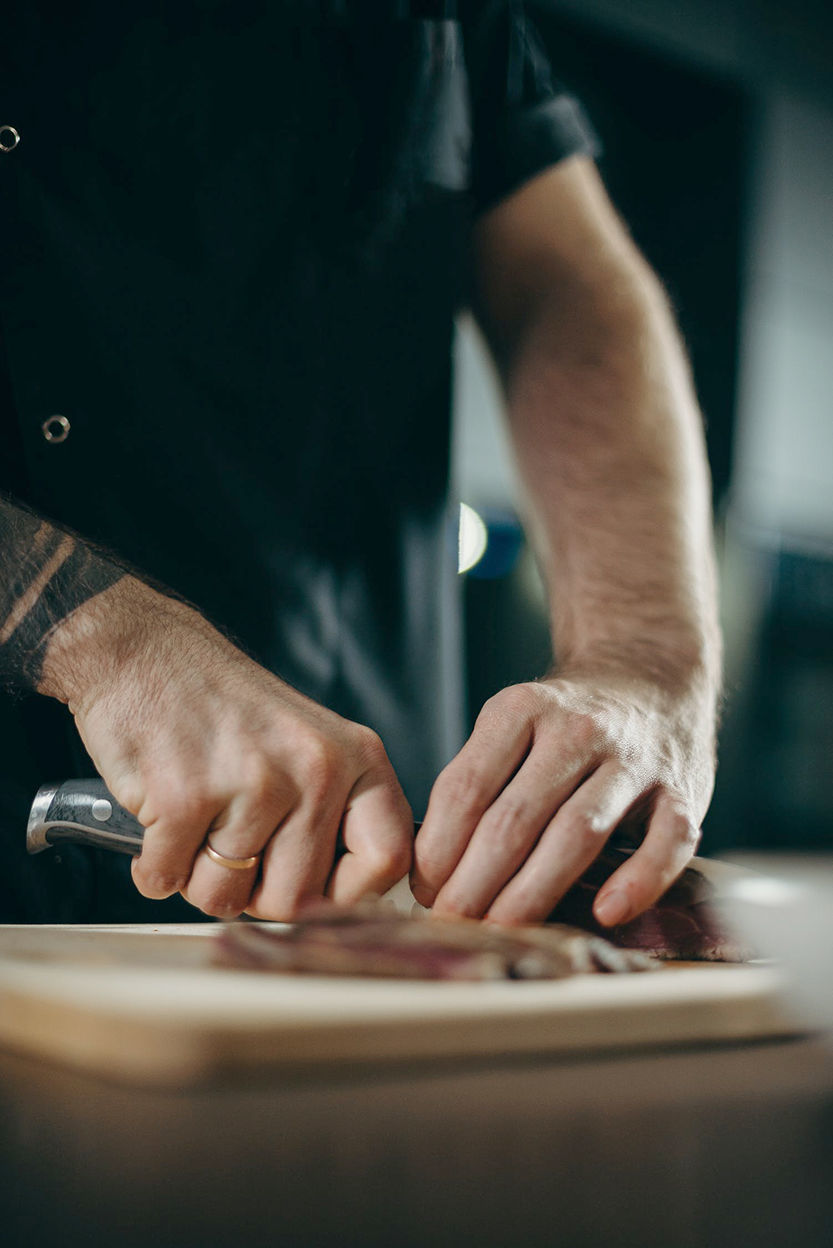 If you own a restaurant in Keene, you can expect a visit from a health inspector about every six months. But cross into Swanzey, Marlborough or another neighboring town, and it’s a different story.

In those communities, as in much of New Hampshire, many restaurants routinely go two years between inspections.

Main Crust Co. in Marlborough and Jeanne’s Family Diner in Swanzey, for example, were both inspected in May 2017 and again in June 2019, according to state inspection data. Nick’s, a seafood and steak restaurant in Swanzey, was inspected in May 2017 and again in May 2019. On opening a brand-new space a few years ago, Audrey’s Cafe in Dublin was inspected twice, in August and October 2017. Another inspection wasn’t done until last month. (Each of the most recent inspections either had no violations or violations that were resolved on the spot, except for an issue with the configuration of a mop sink at Audrey’s.)

These cases are not unique. Under the policy of the N.H. Food Protection Section — the state agency responsible for food safety in those and most other New Hampshire towns — restaurants under 200 seats are supposed to get routine inspections once every two years.

That’s significantly less often than in New Hampshire’s largest communities, which opt to handle their own inspections and generally do them once or twice per year. It’s also more seldom than the frequencies suggested in advisory guidelines issued by the U.S. Food and Drug Administration.

Colleen Smith, the New Hampshire agency’s administrator, said the state prioritizes inspections based on risk, visiting higher-risk establishments more often than lower-risk ones. Its inspection frequencies range from nine months to three years, depending on the type of establishment.

“We are trying to do the best we can with the resources that we have,” she said.

Businesses are responsible for following health codes, regardless of how often they’re inspected, she noted. She also pointed out a new requirement in the state that food establishments have a certified food protection manager on staff, which, she said, has been shown to improve food-safety compliance and reduce the risk of foodborne illnesses.

“Our inspection is a checkpoint to see how they’re doing,” she said. “But it is the expectation that food establishments have procedures and policies in place to run things safely day to day when we’re not there.”

Under state law, most entities that sell or serve food in New Hampshire must be licensed and submit to unannounced inspections.

New Hampshire has a dual system of oversight for those thousands of licensed “food establishments,” a category that encompasses not just restaurants but everything from catering businesses and senior meal sites to fast-food franchises and major grocery stores. Keene and 14 other communities, including many of the state’s most populous cities and towns, have chosen to conduct their own inspections. Everywhere else it falls to Food Protection, a division of the N.H. Department of Health and Human Services.

Food-safety inspectors assess an operation’s practices and facilities, with an eye toward preventing foodborne illnesses and contamination. That can include examining cleanliness, employee hygiene and cooking methods, and judging whether perishable foods are kept at the right temperatures, whether raw meats and eggs are separated from other items and whether toxic cleaning products are stored near food.

People who work in the field say routine inspections provide a “snapshot” of a business’ safety practices, and can help catch problematic habits before they go on too long.

“It goes back to Ronald Reagan’s ‘trust but verify’ statement,” said Brian Norder, a food safety consultant based in northern Vermont. “You can trust that operations are doing a good job, but you have to, at some point, verify that they’re doing it.”

The check-ins are also a chance to educate workers and managers on proper food safety techniques — particularly important in a high-turnover industry.

“Most people want to stay in business, and most people don’t want to get people sick,” said Monica Theis, a lecturer in the University of Wisconsin’s food science department. “… I think sometimes it’s a lack of understanding of the risks of food handling, and that’s where that education component comes in.”

Most if not all of New Hampshire’s self-inspecting municipalities conduct inspections at least once a year, and many exceed that, according to interviews with officials and a review of local ordinances.

In Keene, for instance, an ordinance requires that city inspectors visit every licensed food establishment at least annually. For restaurants and other places that prepare food on site, “we actually try and get in twice a year if we can,” said John Rogers, the city’s building and health officer.

Angela Martin-Giroux, Berlin’s director of health and welfare, said she tries to inspect every two to three months when staffing allows. Much longer, she said, and people can “get overly comfortable in taking shortcuts.”

At the state level, New Hampshire law doesn’t specify how often food establishments should be inspected, leaving the state health department to determine that based on risk factors and “consideration of available resources.”

Smith said the department adopted its current policy around 2016, as it transitioned to a new database. Previously, inspectors aimed to get to every establishment once a year, without differentiating between levels of risk.

“We were trying, as a goal, to be once per year,” she said. “But in looking at reality, looking at our numbers, between our staff resources and the amount of establishments, and also windshield time or drive time, it just isn’t feasible to inspect every place at the same frequency.”

The current policy incorporates principles from the FDA’s Food Code, a set of advisory guidelines that recognize that a convenience store selling gallons of milk might not demand as much attention from regulators as a restaurant handling raw meat or a nursing-home cafeteria serving a vulnerable population.

The most recent version of the food code includes an example of a risk categorization that calls for inspections between one and four times a year. Vermont also uses a risk-based system, with inspection frequencies ranging from two years to six months, according to Andy Chevrefils, public health inspection manager for the Vermont Department of Health. Restaurants are inspected annually.

The New Hampshire policy calls for routine inspections every three years for the lowest-risk venues, including bars, bed and breakfasts and retail food stores with no food prep; every two years for most restaurants and for food stores with a couple food-prep areas; annually for larger grocery stores, senior meal sites and school cafeterias; and every nine months for restaurants with 200 or more seats.

Establishments are visited more often if they have just opened, are the subject of a consumer complaint or had multiple violations in a recent routine inspection.

The data show a similar pattern in state-inspected towns around New Hampshire, from tourist hubs like Conway to college towns like Durham and Hanover.

“The frequency was determined by what is feasible given the current establishment inventory and number of inspectors,” the policy states.

Food Protection has the equivalent of 7½ full-time inspectors, who are responsible for some 4,600 establishments, according to Smith. The agency recently created two additional positions, which it is now hiring for, she said.

Meanwhile, the state holds the towns that employ their own inspectors to a different standard.

Unlike cities, towns must receive the approval of the Department of Health and Human Services before taking over local food-safety inspections. DHHS’s agreements with those towns require them to inspect every food establishment at least once or twice a year, depending on its level of risk.

Smith said those agreements have been around since before the state implemented its new risk-based policy, when it still aimed to inspect once a year.

“Most of the time, the decision for them to become self-inspecting is so that they have that increased presence,” she added. “That’s the local municipality’s decision ... They don’t want to have necessarily the same inspection frequency, or be, I guess, held to the state’s resources.”

There are outliers to the state's food inspection schedule