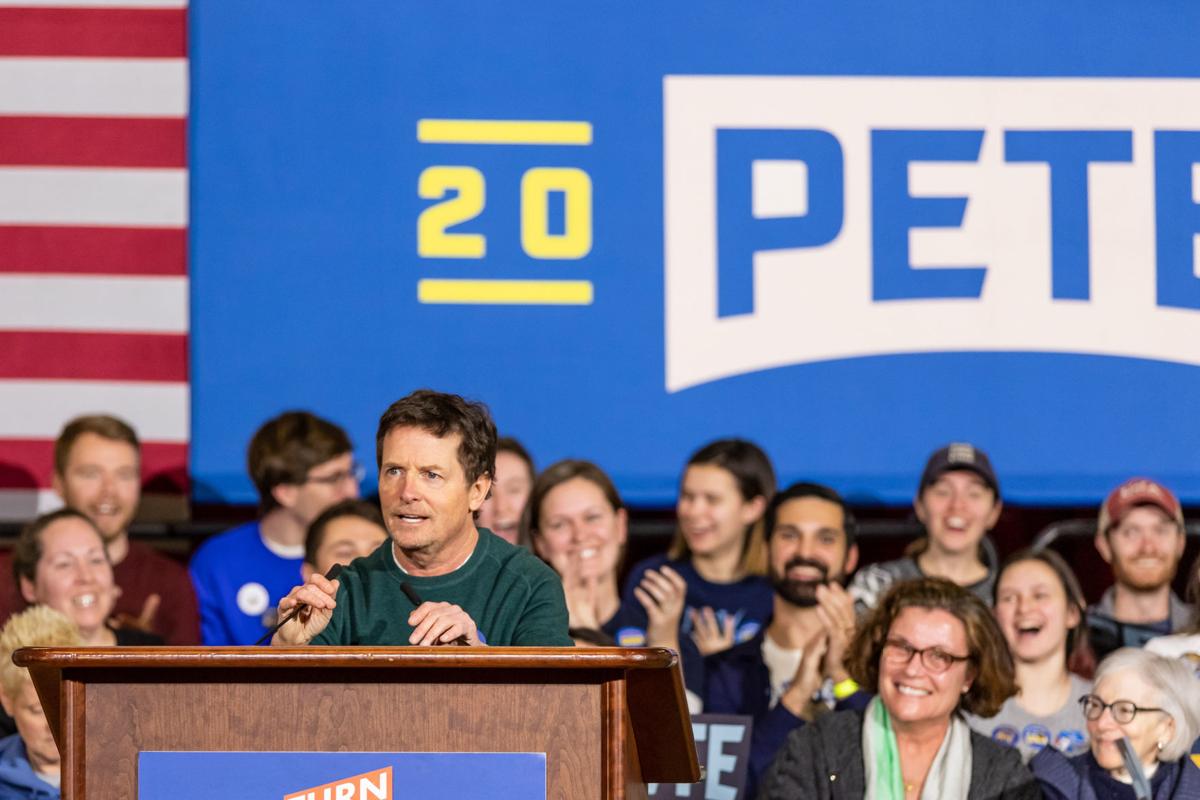 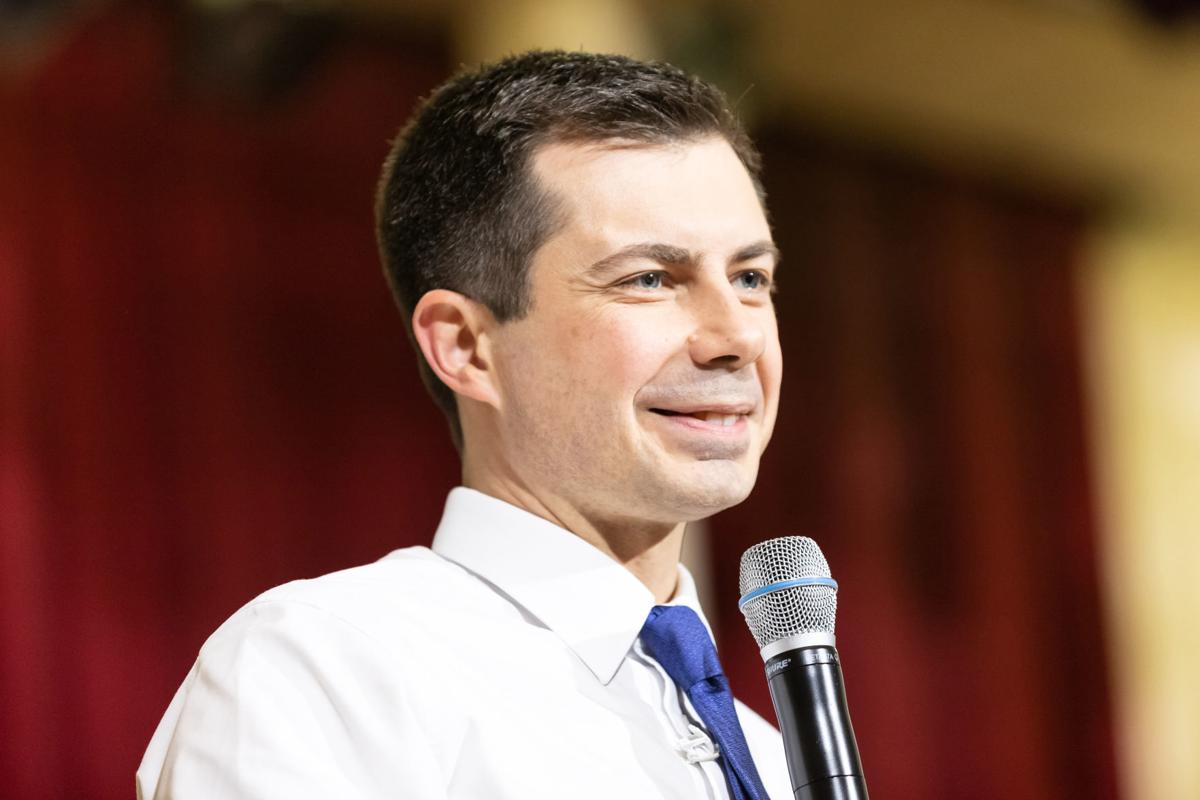 Former South Bend, Ind., Mayor Pete Buttigieg told a crowd of hundreds gathered at Keene State College Saturday that he, more than any other candidate in the crowded field of Democrats, can defeat President Donald Trump and unite a divided nation.

Buttigieg’s campaign estimated the crowd at 950 in the Mabel Brown Room at the Young Student Center, with hundreds turned away at the door.

Buttigieg, 38, who served as mayor of his hometown from 2011 until last year, narrowly took the top spot in the Iowa caucuses, where he won with 26.2 percent support, just a hair more than Vermont Sen. Bernie Sanders, who finished with 26.1 percent, according to the latest results.

“I am the candidate best prepared to defeat Donald Trump,” Buttigieg said Saturday, arguing he can build a coalition of Democrats, independents and “future former Republicans” who agree on a common platform for change.

“There’s a powerful American majority coming together today that can agree we need to raise wages and empower workers in our economy,” Buttigieg said of this coalition.

Buttigieg, who served as an intelligence officer in the Navy Reserve, also said he’d advocate for the group’s desire to end “endless wars” and implement more robust background checks for gun purchases to prevent school shootings.

Buttigieg discussed the ways government touches people’s lives, including his own, saying his marriage to husband Chasten Buttigieg wouldn’t have been possible without the 2015 Obergefell v. Hodges Supreme Court case, which legalized same-sex marriage.

Answering a series of questions submitted from the crowd, Buttigieg promised to protect social security and government-sponsored health care programs from cuts.

Buttigieg also said the country needs to rein in the trillion-dollar deficit to provide room for a stimulus should there be another recession, and prevent a “fiscal time bomb” from exploding on future generations.

“I think the time has come for my party to get a lot more comfortable talking about the deficit,” said Buttigieg, who previously worked as a consultant for McKinsey & Company.

Buttigieg, who earned his undergraduate degree from Harvard and studied at Oxford University on a Rhodes Scholarship, said he has a bold package of ideas to improve college affordability.

“When it comes to college, we are going to make sure cost is no longer a barrier,” he said, telling the crowd that his proposal would cover tuition for about 80 percent of Americans going to college, but that those in the top income bracket would need to pay in full.

Fox also touted Buttigieg’s “temperament and intelligence,” which he said can carry the country past the current period of divisive politics.

“I think he has momentum. He’s worked really hard and built a good ground game from scratch. He connects with all kinds of people and I think Democrats want a viable candidate,” said Kathy O’Donnell, 56, vice chair of the Cheshire County Democrats who was an early backer of Buttigieg.

Buttigieg’s win in Iowa proves he can win in the Granite State and nationwide, added O’Donnell.

“I think we need a candidate that is a clear contrast to the president and Pete checks all of those boxes. He’s clear, thoughtful, and gracious. As an intelligent, gay, Midwesterner I think he knows how to handle bullies and can do so without mean-spiritedness. I think he’s right for America right now,” said McGinn, 70.

Some in the crowd identified as liberal while others said they were more moderate, and many cited Buttigieg’s sincerity, intelligence, outsider status, military experience and positive message as reasons to support his campaign.

“I was super-undecided before and leaning away from Pete, but now I feel more open to his candidacy,” said Keene resident Abby Shepherd, 22, who works in marketing.

Shepherd said she’s also considering Sanders and Sen. Elizabeth Warren of Massachusetts because she wants a progressive agenda, and came out of the rally believing Buttigieg’s platform was more progressive than she initially thought.

State Rep. Dave Morrill, D-Keene, said he supported Sanders in 2016 but endorsed Buttigieg in September. “I think Pete has similar progressive goals as Sanders, but his approach is more unifying,” Morrill said.

Many of those who identified as more moderate said they were considering both Buttigieg and Minnesota Sen. Amy Klobuchar.

Brenna Kucinski, a 64-year-old retired horse farm owner from Nelson, said she likes Klobuchar, but is “leaning toward Pete,” because she said he’s “sensible, smart, articulate, and handles himself well.”

“Health care is a difficult thing to solve, but I like that he doesn’t want to throw everything out because that’s not going to work,” Kucinski said, referencing Buttigieg’s plan to provide “Medicare for All Who Want It,” which would provide a public option to those who don’t qualify for a government-run insurance program.

In contrast, Sanders and Warren propose Medicare for All, in which all Americans would get health insurance through the government.

“I think he’s both moderate and progressive. He’s a fresh face and not politics as usual, which I think we’ve had enough of,” Kucinski said.