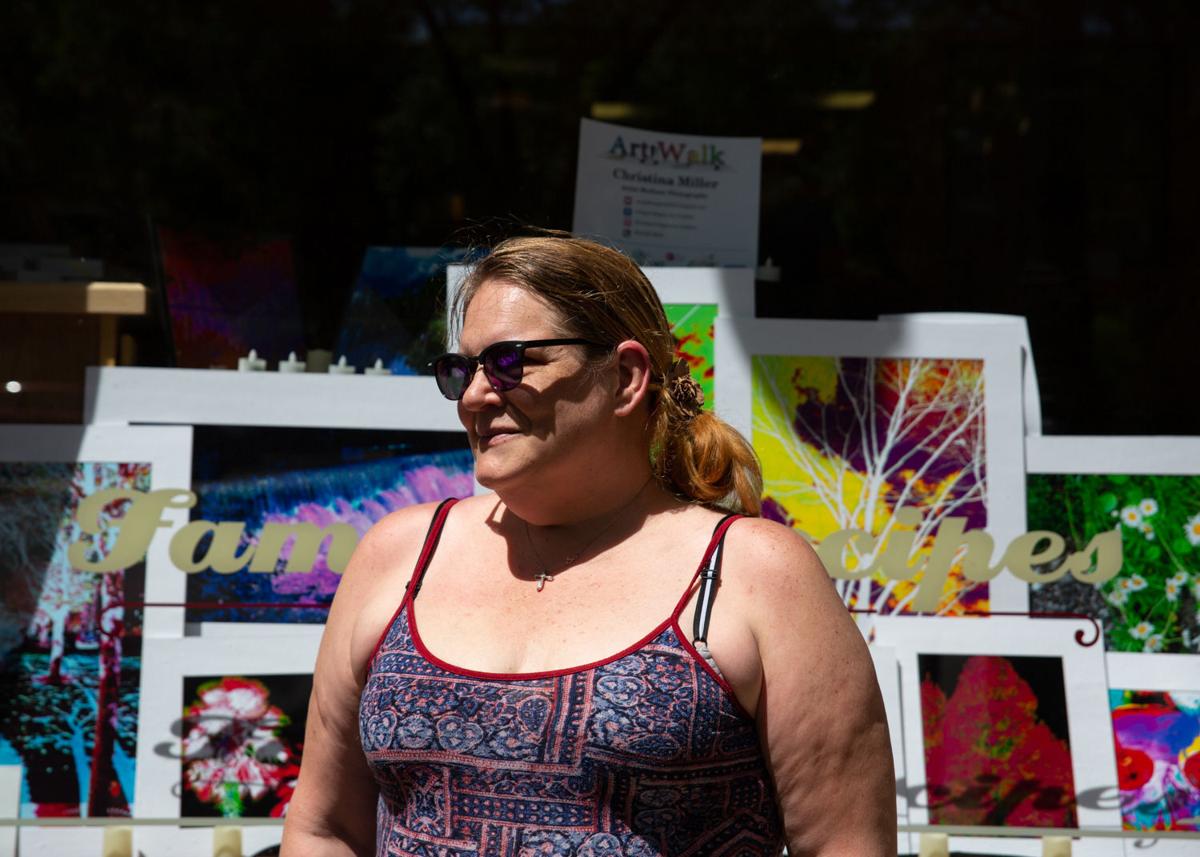 Keene resident Christina Miller’s abstract photography is on display at Ye Goodie Shoppe on Main Street for Keene ArtWalk. She says the event gives amateurs like her an important platform to display their work. 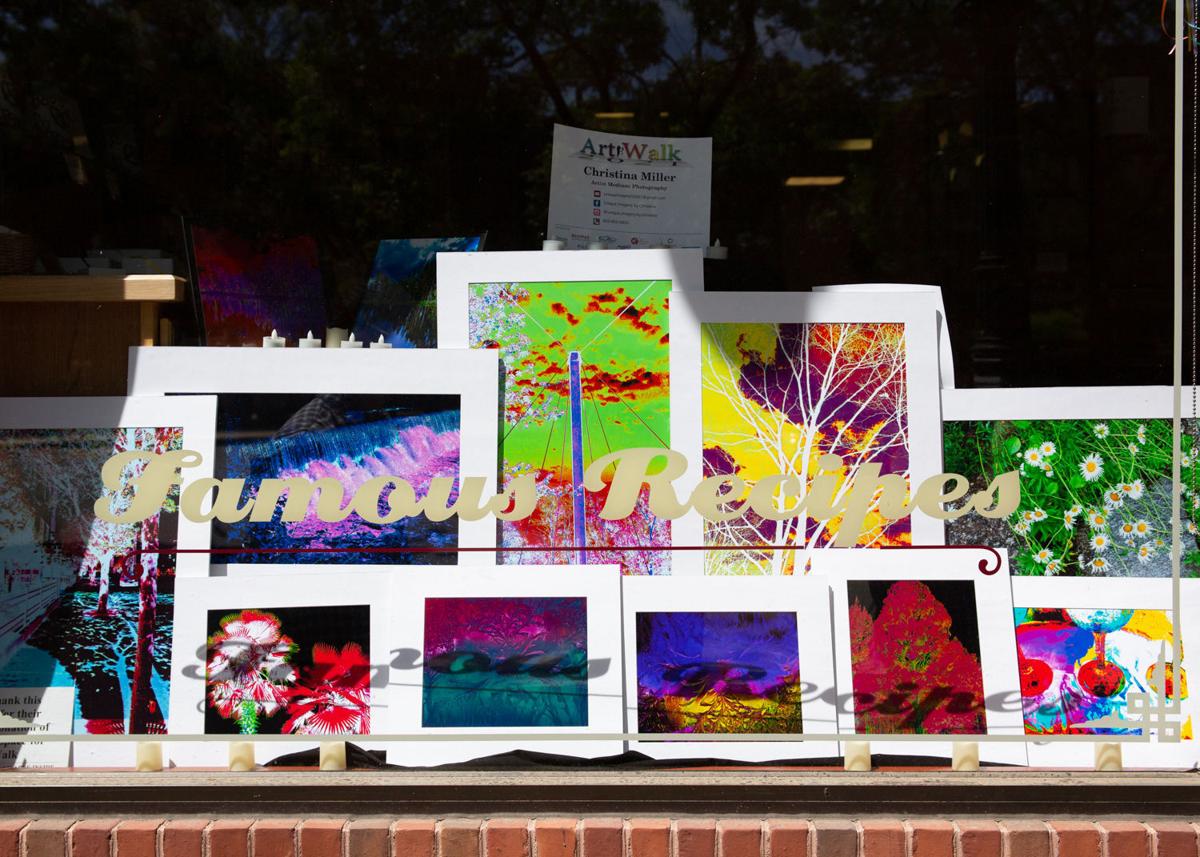 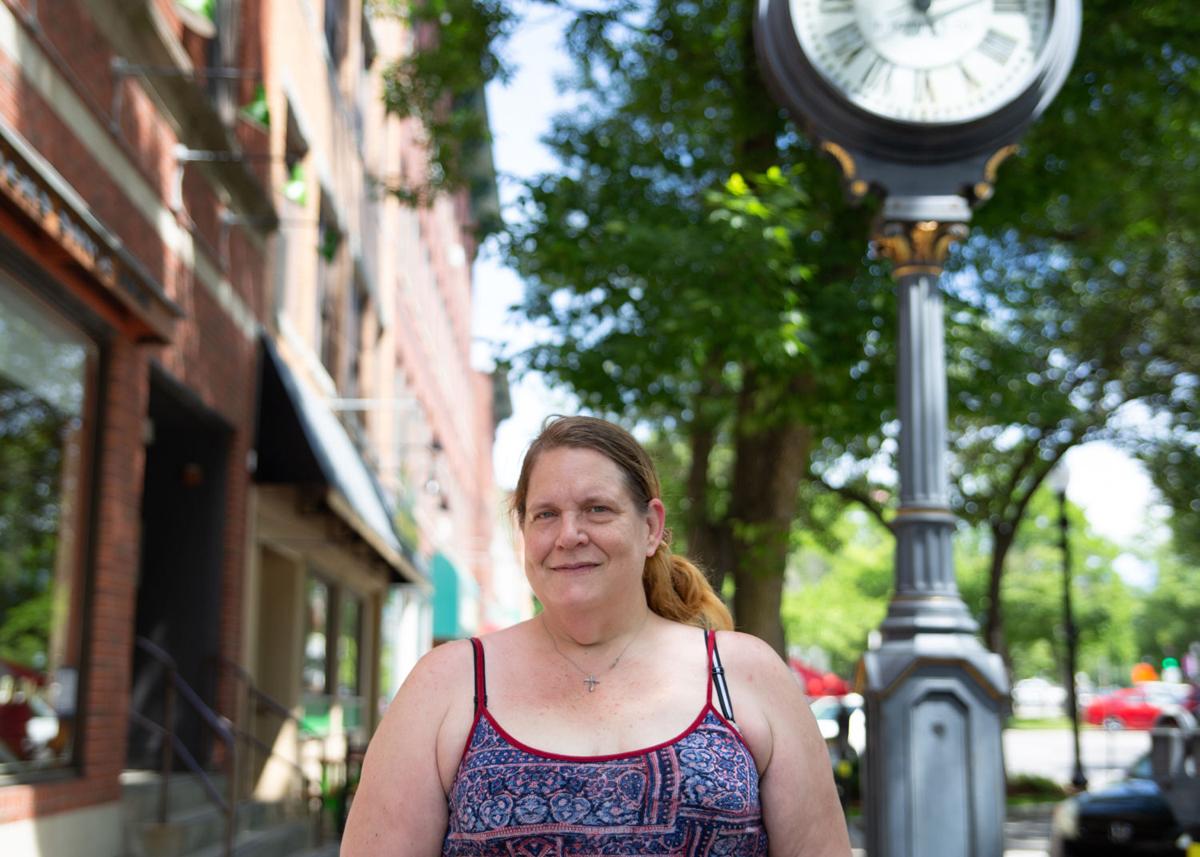 Christina Miller of Keene poses for a portrait Thursday in front of Ye Goodie Shoppe on Main Street, where her abstract photography is on display for Keene ArtWalk.

Keene resident Christina Miller’s abstract photography is on display at Ye Goodie Shoppe on Main Street for Keene ArtWalk. She says the event gives amateurs like her an important platform to display their work.

Christina Miller of Keene poses for a portrait Thursday in front of Ye Goodie Shoppe on Main Street, where her abstract photography is on display for Keene ArtWalk.

The storefronts of downtown Keene have been a little more colorful over the past week, with dozens of them hosting work by New Hampshire artists, including many from the Monadnock Region.

The window displays are part of Keene ArtWalk, an annual celebration of local artists now in its 30th year that also offers live art demonstrations and musical performances. The event, which began June 4 and ends Sunday, features 99 artists across a range of media — from watercolor painting to photography — this year, according to project coordinator Madeline Ullrich.

Ullrich, a Westmoreland painter in her sixth year helping organize ArtWalk, said there are few permanent venues for that work in the city, outside of some galleries downtown. The annual event, she said, offers visibility for those artists and raises community appreciation for the arts.

“I just loved having the whole community be exposed to the arts,” she said of her decision to get involved with ArtWalk. “… Whether you’re listening to music or looking at art, it helps, I think, reduce stress and just spread beauty.”

This year, Ullrich said 59 downtown businesses and other organizations are hosting artists’ work, including many on side streets, making this ArtWalk more expansive than previous editions.

It’s also interactive, as many artists held outdoor demonstrations near their displays last weekend — when ArtWalk coincided with the Taste of Keene food festival — and will do so again Saturday, giving pedestrians a chance to see their techniques up close. Jazz groups, including the Winchester Saxophone Quartet, are scheduled to perform Saturday, and The Colonial Performing Arts Center is offering public tours of its new performance venue, Showroom, on Commercial Street.

ArtWalk has evolved since its creation three decades ago by the now-defunct Grand Monadnock Arts Council, according to Karen Lyle of Keene, who helped plan the inaugural event and remains involved with it.

Lyle, who owned the Main Street crafts and framing shop Creative Encounters until its January closure, said early editions offered tours for school groups, established an art auction now run by Stonewall Farm in Keene and featured various themes. ArtWalk was limited to only window displays last year due to the COVID-19 pandemic, she said.

But one constant, according to Lyle, has been the involvement of downtown businesses and local groups, which include the food festival and the Farmers’ Market of Keene this year. (The Sentinel is an ArtWalk sponsor.)

“We’re really an event that focuses on a lot of collaboration because it just makes everything better,” she said. “… It takes a community to pull this off.”

That includes ArtWalk’s organizing committee — a 10-person panel that includes Ullrich, local artists and officials from arts promoters in the area, like the Keene nonprofit Arts Alive — which Lyle said is responsible for selecting the featured artists each year.

To involve even more community members this year, Lyle said the committee accepted nearly every application it received. As a result, ArtWalk features work by professional artists as well as amateurs, many of whom have their contact information in the displays.

“This is the opportunity for people to click and call or connect with the artists directly,” she said.

Mary Iselin, a Marlborough oil painter whose work has been in ArtWalk since its earliest editions, said the artist demonstrations also help encourage those interactions. Iselin held one of the outdoor sessions last Saturday outside In the Company of Flowers, where her paintings are featured this year.

“It’s so much fun to see people and talk to them about your work,” she said.

Iselin credited ArtWalk with helping turn the city into a cultural hotbed, adding that the public displays inspire rising artists to follow their creative passions.

Among those inspired is Christina Miller of Keene, who said she turned to photography recently because the pandemic dashed her plans to work in the event-planning industry.

Miller submitted her work — photos that she’s digitally modified to invert the colors, including several featuring local scenes like Ashuelot River Park and downtown storefronts — to ArtWalk just hours before the application deadline, she said. Her art is now displayed in a window of Ye Goodie Shoppe on Main Street, she noted proudly on Thursday.

“It’s more of an art than regular photography,” she said. “I just wanted to do something unique, something that no one has done.”

Miller said she’d like to turn the hobby into a profession, explaining that ArtWalk gives amateurs like herself an important platform.

“I think there’s a lot of talented people here,” she said.