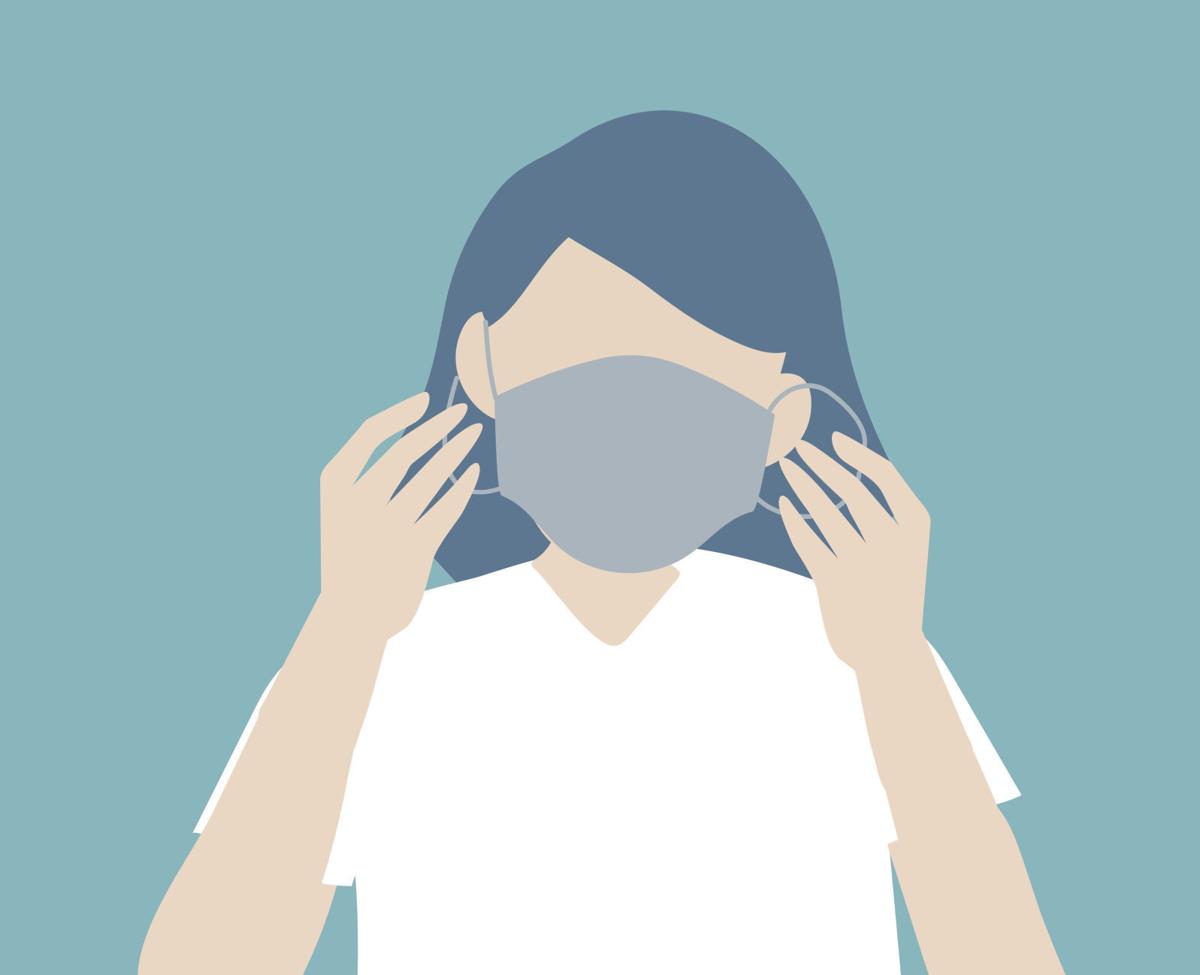 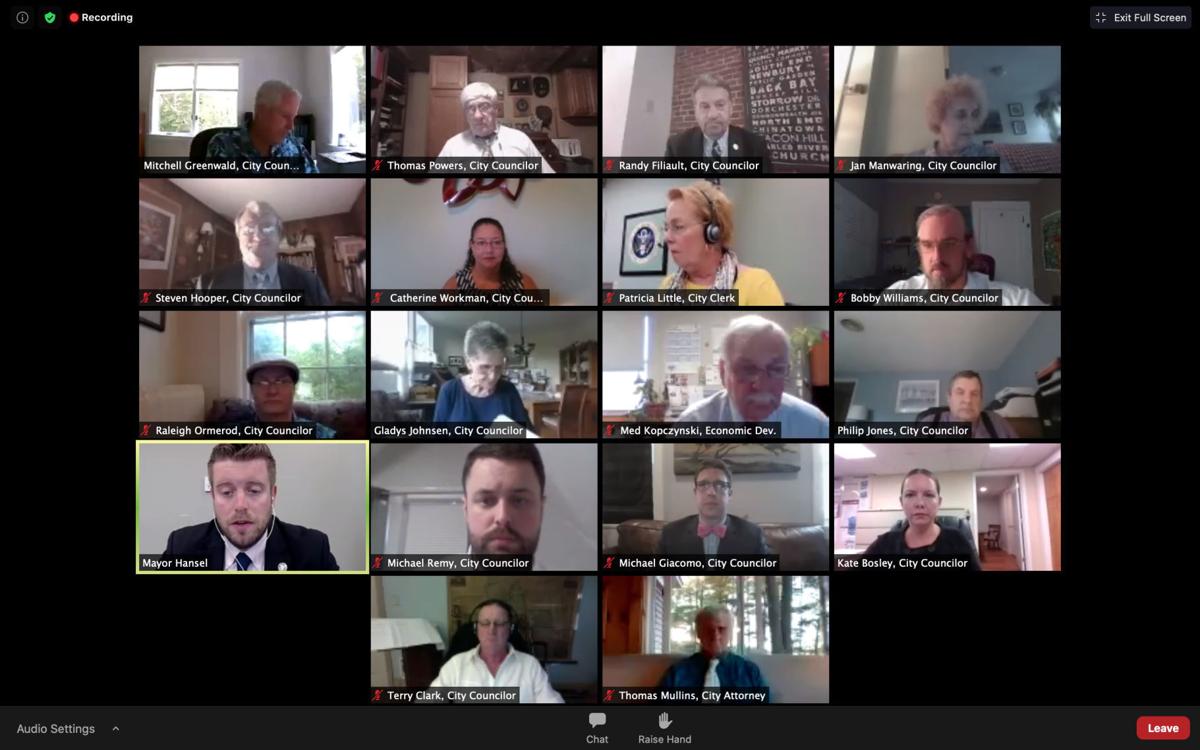 Going out in Keene? Don’t forget to bring a mask.

The City Council has adopted a mask ordinance requiring face coverings be worn in all indoor public spaces as well as outdoor spaces where business is conducted and social distancing is difficult. The approval comes after months of heated public debate and several weeks of discussion on the part of the council’s Planning, Licenses and Development Committee.

Last week, the committee voted unanimously to recommend the ordinance to the full council, which formally adopted it 12-2 during a teleconference meeting Thursday night. Only Councilors Janis Manwaring and Thomas Powers voted against the ordinance. Councilor Bettina Chadbourne was not present at the meeting.

“We listened to hours of public comment before coming to this version,” said Councilor Kate Bosley, who chairs the committee. “What we have is a very well-crafted ordinance that matches Keene — not Dover, not Nashua or any other community — but Keene’s current COVID-19 climate.”

To date, Cheshire County has accounted for at least 96 of New Hampshire’s 6,742 confirmed cases, with at least 22 of them involving Keene residents. As of Thursday, the state health department listed five current cases in the Elm City, with the residence of three of the state’s active cases unknown.

Keene’s ordinance was originally proposed back in late May by Councilor Randy Filiault, who modeled a draft ordinance on a similar law that passed in Nashua. However, Filiault withdrew the proposal a few days later after learning that the Nashua ordinance was being challenged in court.

Last month, several councilors approached Mayor George Hansel about reviving the ordinance after a judge upheld the Nashua mandate, and it was sent to committee for discussion, where councilors heard hours of comment from members of the public.

“I’m very pleased that it passed,” Filiault told The Sentinel. “If we saved even one life, then it’s a heck of an ordinance.”

The mandate goes into effect immediately, according to Filiault. The City Council previously passed a similar resolution, which encouraged masks in public places, but didn’t require them.

The ordinance requires that employees wear face masks when dealing with the public, and requires members of the public to do the same whenever entering a business. It defines an appropriate face covering as one made of “cloth, fabric, paper or other soft or permeable materials, without holes, mesh, or exhaust valves.” It also specifies that masks must cover the mouth and the nose.

Exempted from the ordinance are children under 10, people whose health could be put at risk if they wear a mask and also establishments that are membership-based and don’t invite the public inside. When New Hampshire’s COVID-19 state of emergency expires, Keene’s mask ordinance will sunset.

The subject of a mask mandate has drawn significant debate since it was originally proposed, with several councilors saying they received extremely high levels of input from constituents. Those who favor the mandate have stressed its importance to public health, whereas opponents have said the infringement on individual liberty is unacceptable.

Masks are recommended by health experts, including those at the Centers for Disease Control and Prevention, as a means of stopping the movement of respiratory droplets, believed to be the primary way COVID-19 is spread.

While New Hampshire has not enacted a state-wide mask mandate, more than 30 other states have, including all other states in New England. In adopting its own requirement, Keene joins a growing list of municipalities in the region and New Hampshire that includes Brattleboro, which has had an ordinance since the spring, as well as Durham, Enfield and Hanover, which all passed ordinances Monday.

In explaining her opposition to the vote, Manwaring said the number of comments she received for and against the ordinance were fairly even, and she felt the city isn’t ready for the ordinance. She said a public education campaign would be the better route.

“I’ve seen widespread compliance,” he said. “I’m very happy that we passed a resolution last time around, but I’m not sure this ordinance is going to be in the best interest of our community.”

Dozens of city businesses were already enforcing mask requirements as part of the city-sponsored Keene Safe program, a campaign in which businesses promise to not only require masks, but also to encourage social distancing and other hygiene measures.

During Thursday’s meeting, a sole amendment was put on the table for a vote. Councilor Michael Giacomo moved to strike language in the ordinance that extends the rule to outdoor areas where business is conducted and to make minor wording adjustments dealing with fitness centers and recommending face shields as an alternative to masks for those with respiratory conditions.

Giacomo said the spread of COVID-19 in outdoor settings is “extremely rare” and that the council ought to be focusing on indoor spaces, where transmission is more likely.

Councilors opposed to the amendment said the ordinance should be moved forward as soon as possible, with the council adjourning for its summer recess and Keene State College students set to return to campus in the next few weeks. Several, including Filiault, advocated for implementing the mandate right away, and making adjustments as the situation progresses.

The amendment failed, 12-2. Only Giacomo and Councilor Michael Remy voted in favor.