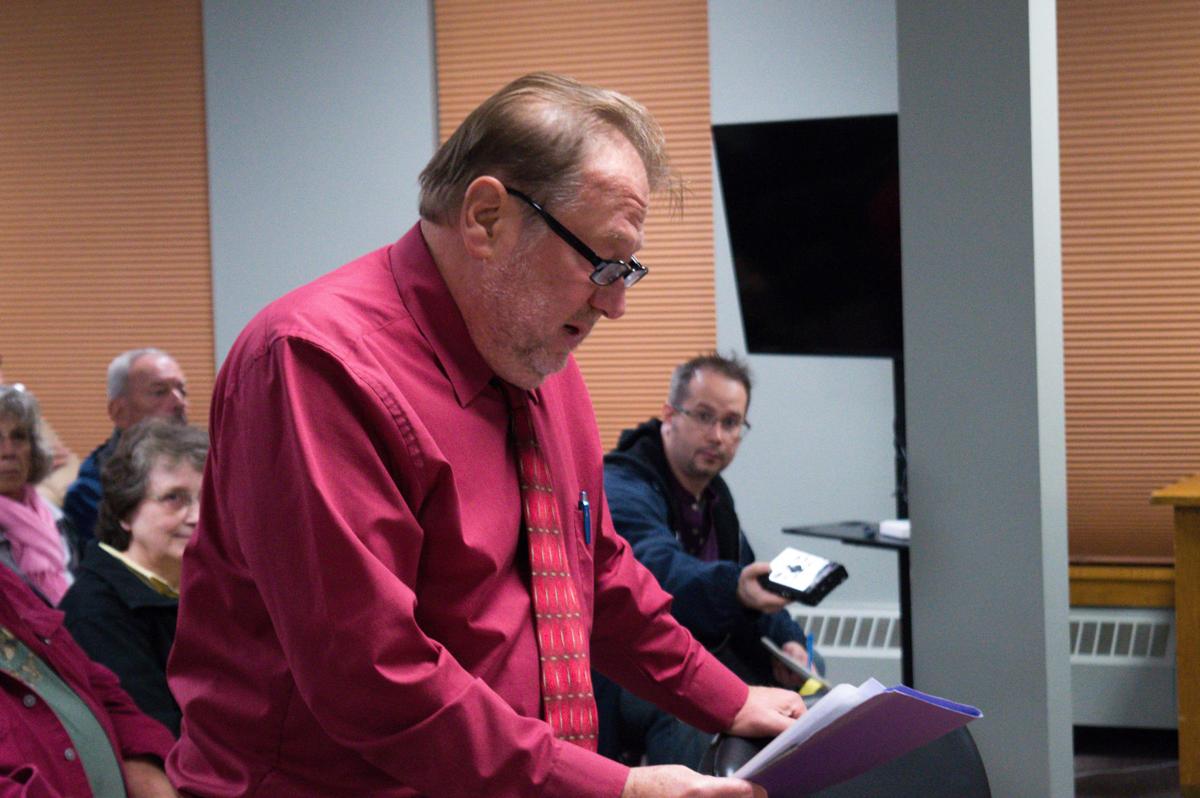 John Rab, the attorney for Hundred Nights, makes the organization’s case to Keene’s zoning board of adjustment Monday night. 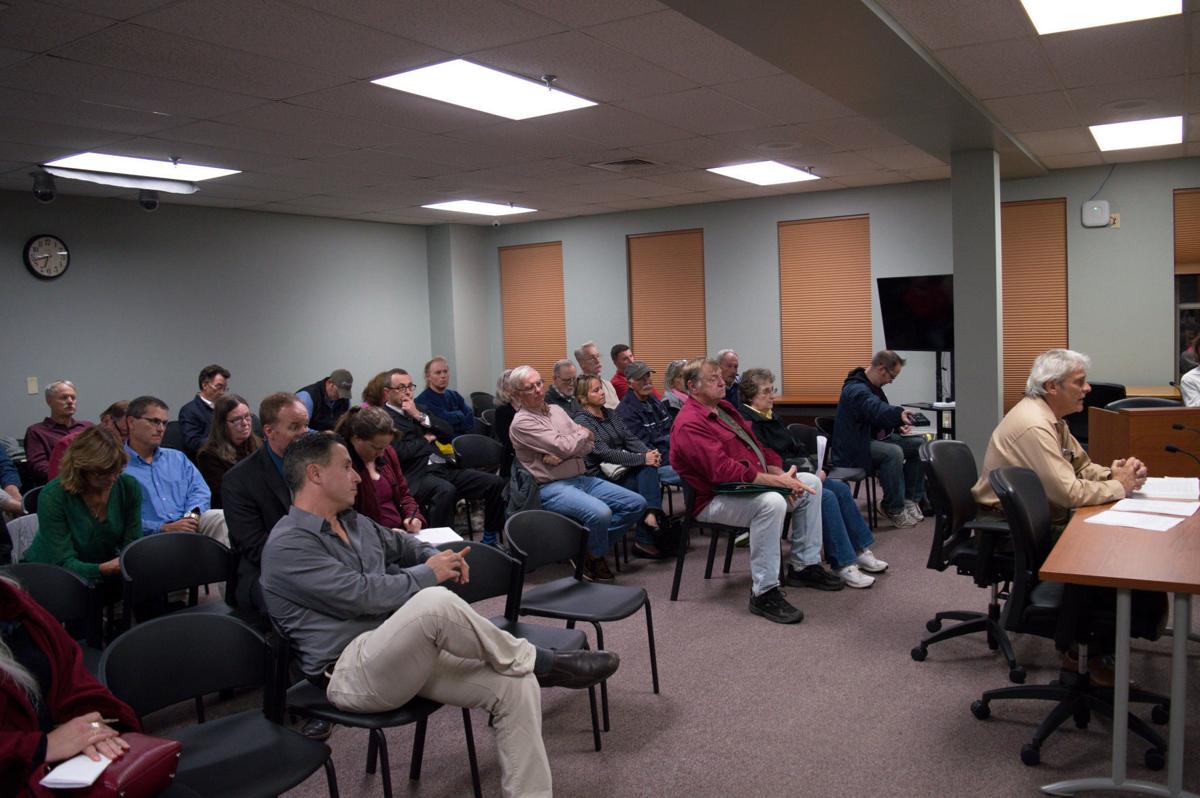 City Attorney Thomas P. Mullins speaks to Keene’s zoning board of adjustment at its meeting Monday night. About half of the audience attended to hear the board’s decision regarding Hundred Nights. 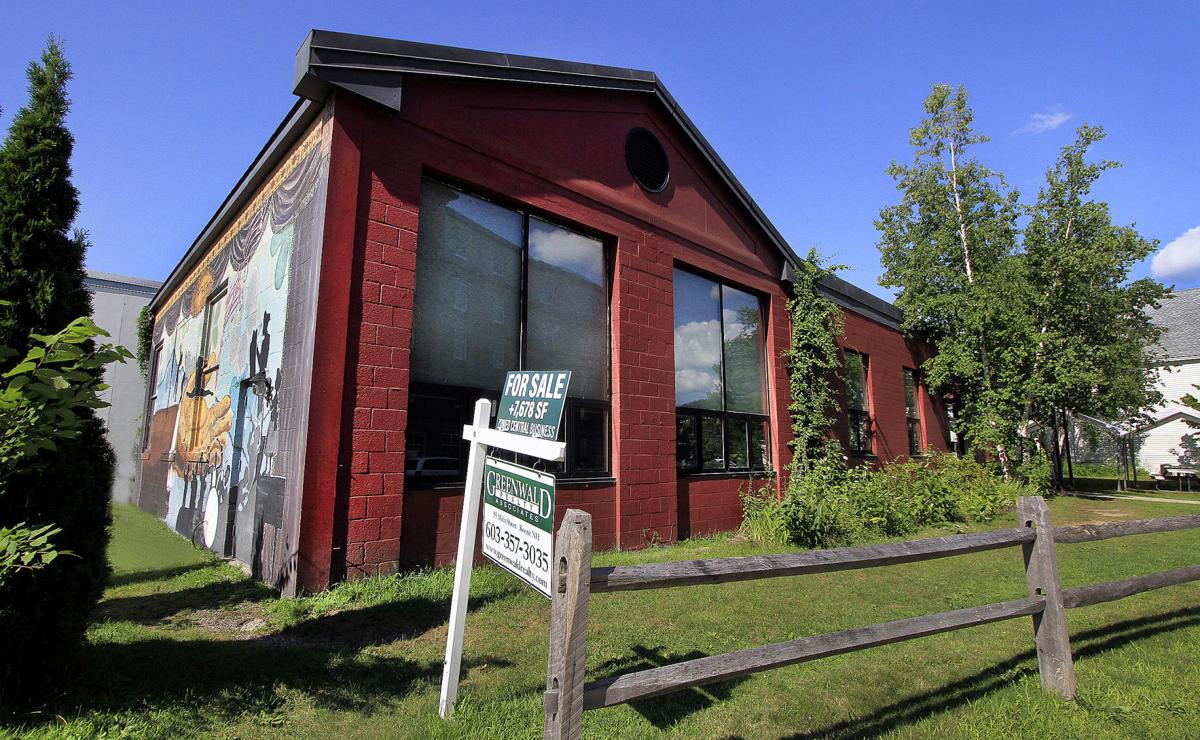 The operators of Hundred Nights Inc. had hoped to move the cold-weather shelter and resource center to the former MoCo Arts property on Railroad Street, shown here over the summer.

John Rab, the attorney for Hundred Nights, makes the organization’s case to Keene’s zoning board of adjustment Monday night.

City Attorney Thomas P. Mullins speaks to Keene’s zoning board of adjustment at its meeting Monday night. About half of the audience attended to hear the board’s decision regarding Hundred Nights.

The operators of Hundred Nights Inc. had hoped to move the cold-weather shelter and resource center to the former MoCo Arts property on Railroad Street, shown here over the summer.

With the latest ruling by the city’s zoning board and the pending sale of Hundred Nights’ would-be new home to another buyer, the operators of the Keene shelter have suffered fresh setbacks in their efforts to move into a larger space downtown.

Hundred Nights Inc. runs a cold-weather shelter and year-round resource center at 17 Lamson St., but Executive Director Melinda L. “Mindy” Cambiar has said the organization needs a larger building to accommodate more beds. She’s also said the expenses are difficult to manage, with rent at Hundred Nights’ current location at around $4,000 a month.

Most recently, Hundred Nights had hoped to purchase MoCo Arts’ former space at 76 Railroad St. The performing arts organization moved to a new facility on Roxbury Street and reopened in late August.

Before Hundred Nights could buy the Railroad Street property, it needed approval from the zoning board of adjustment to operate in Keene’s central business district. Under the city’s zoning ordinance, a homeless shelter is considered a “lodging house,” which isn’t permitted in that district without a variance.

Hundred Nights approached the board Aug. 6 to request that variance, but Cambiar requested to reschedule the hearing because only three zoning board members were present. The hearing was rescheduled for the board’s meeting Monday night.

But Cambiar sent an email to the board Monday afternoon, explaining that MoCo Arts had signed an agreement last week to sell the building to someone else. Because of that, Hundred Nights withdrew its application for the zoning variance.

Cambiar told The Sentinel after Monday’s meeting that she learned about the sale Friday morning. She said she understood the concerns of MoCo Arts, which needed a buyer for the building, but called the news disheartening.

“Am I disappointed that they signed a purchase and sales (agreement) on Thursday, knowing that this hearing was Monday? Yes,” Cambiar said. “Do I blame them? No.”

Cambiar said she doesn’t know who bought the MoCo Arts building. The arts organization was not immediately available for comment this morning.

But there was a second issue up for consideration.

As is, Hundred Nights is defined as a lodging house under the city’s zoning ordinance. Zoning Administrator John L. Rogers explained this morning that Hundred Nights officials sent him a letter in late August and asked to be defined instead as a hotel.

A hotel is a permitted use in a central business district, according to the zoning ordinance, so if the shelter were defined as a hotel, it would no longer need a variance.

Rogers said the definitions of a hotel and a lodging house in the ordinance can appear to be similar, but he pointed to one portion that says a lodging house is “any dwelling for more than four unrelated persons.” That’s a key difference, he said.

He replied to Hundred Nights on Aug. 30 and explained that the shelter is considered a lodging house.

Hundred Nights then requested an appeal of Rogers’ administrative decision, and that matter was also on Monday’s agenda.

“We have been advised that ... it would not be appropriate for this board to offer an opinion on this matter given that there isn’t an application to which this matter applies,” Chairman Nathaniel Stout said.

In other words: Because Hundred Nights withdrew its variance application for the Railroad Street property, the board asserted it had no grounds to consider the appeal.

The board moved to deny the request, but John Rab, Hundred Nights’ attorney, interrupted and asked to speak. He pointed to state law governing zoning boards — specifically RSA 674:33 — and argued that Keene’s board should hear the appeal.

“Hundred Nights requested that the city define the use of Hundred Nights homeless shelter as a hotel rather than a lodging house for the purposes of the zoning ordinance,” Rab told the board. “It’s a separate matter, and it was not related to the application for the MoCo building.”

The board members disagreed.

“It may be a separate matter, but the point is that the matter should refer to an active case. That’s the advice that we have,” Stout said.

Another board member, Jane Taylor, said the appeal and the variance were directly linked.

“Our role is not to issue any advisory opinion, and the request to the administrative official related specifically to a certain property that was the subject of a variance which is now withdrawn,” Taylor said.

City Attorney Thomas P. Mullins cited a N.H. Supreme Court case (Perron v. Concord, 1959) supporting the position that the board couldn’t hear the appeal. He advised members not to issue an advisory opinion, which he said was essentially what they’d be doing if they heard the appeal request.

With that, the zoning board voted 4-0 to deny the request for an appeal.

The board has five members, but Joshua Greenwald recused himself from both issues related to Hundred Nights because of a “conflict of interest” that was not detailed.

After the meeting, Cambiar told The Sentinel the board’s denial was unexpected.

“I was under the impression that they were two separate issues,” she said.

Though the Railroad Street property is no longer available, Cambiar said Hundred Nights will likely continue to pursue the possibility of defining the shelter as a hotel under the zoning ordinance.

While this is the most recent setback for Hundred Nights, the organization has been actively searching for a new home for more than a year. Originally, the shelter tried to buy a building at 32-34 Rear Washington St., but that required the same variance to run a lodging house.

On May 1, 2017, the zoning board denied Hundred Nights’ variance application 3-0, with two members abstaining. Among other reasons, the board said it found no evidence that the denial would cause the shelter unnecessary hardship, which is one of the criteria for a variance.

At that meeting last year, at least eight business owners spoke out against the shelter’s plan to move to Rear Washington Street with complaints about loitering and diminishing property values.

Hundred Nights’ current location, on Lamson Street, is also in the central business district, but the organization was approved for a variance shortly after the shelter opened in 2010.