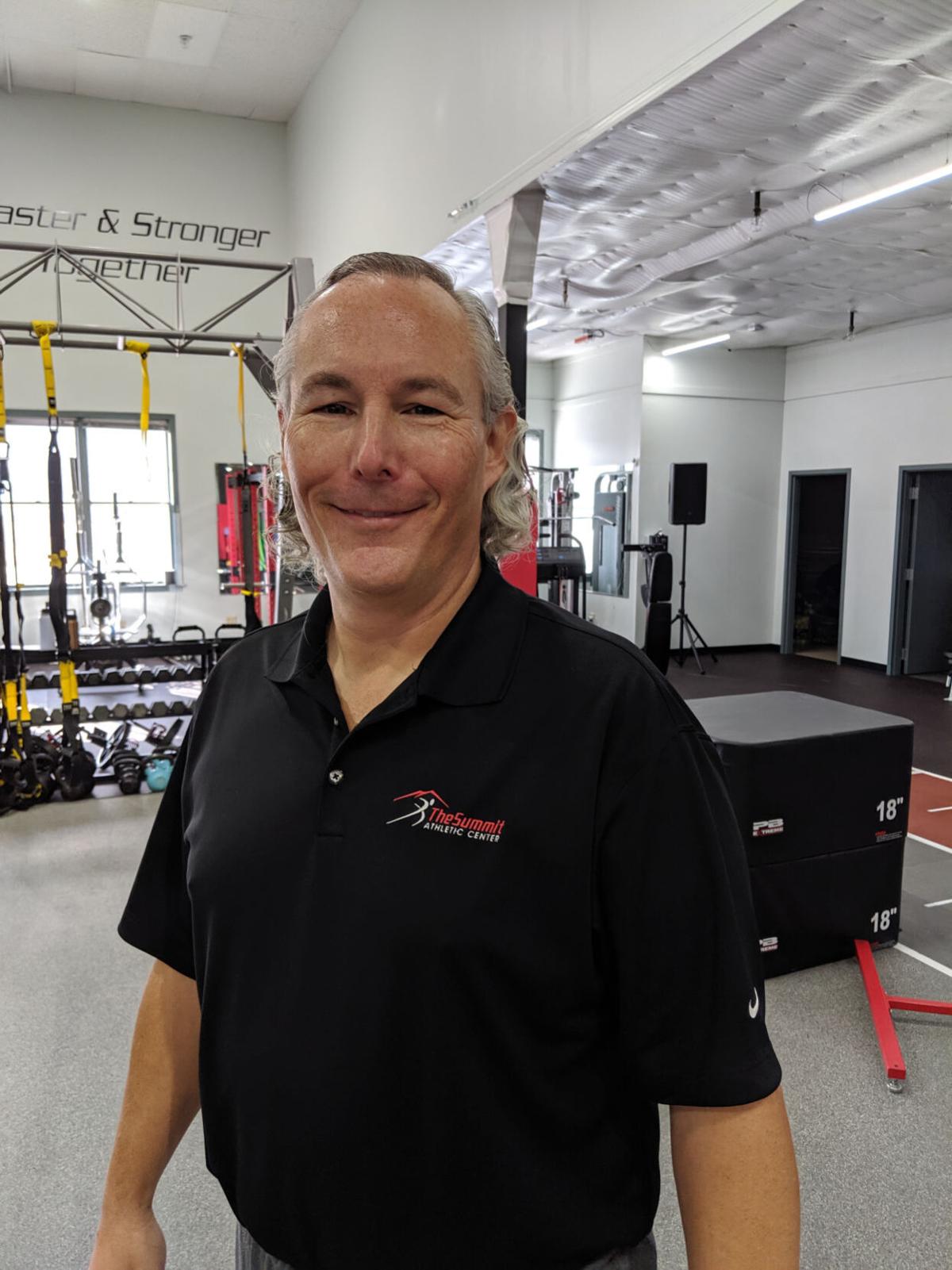 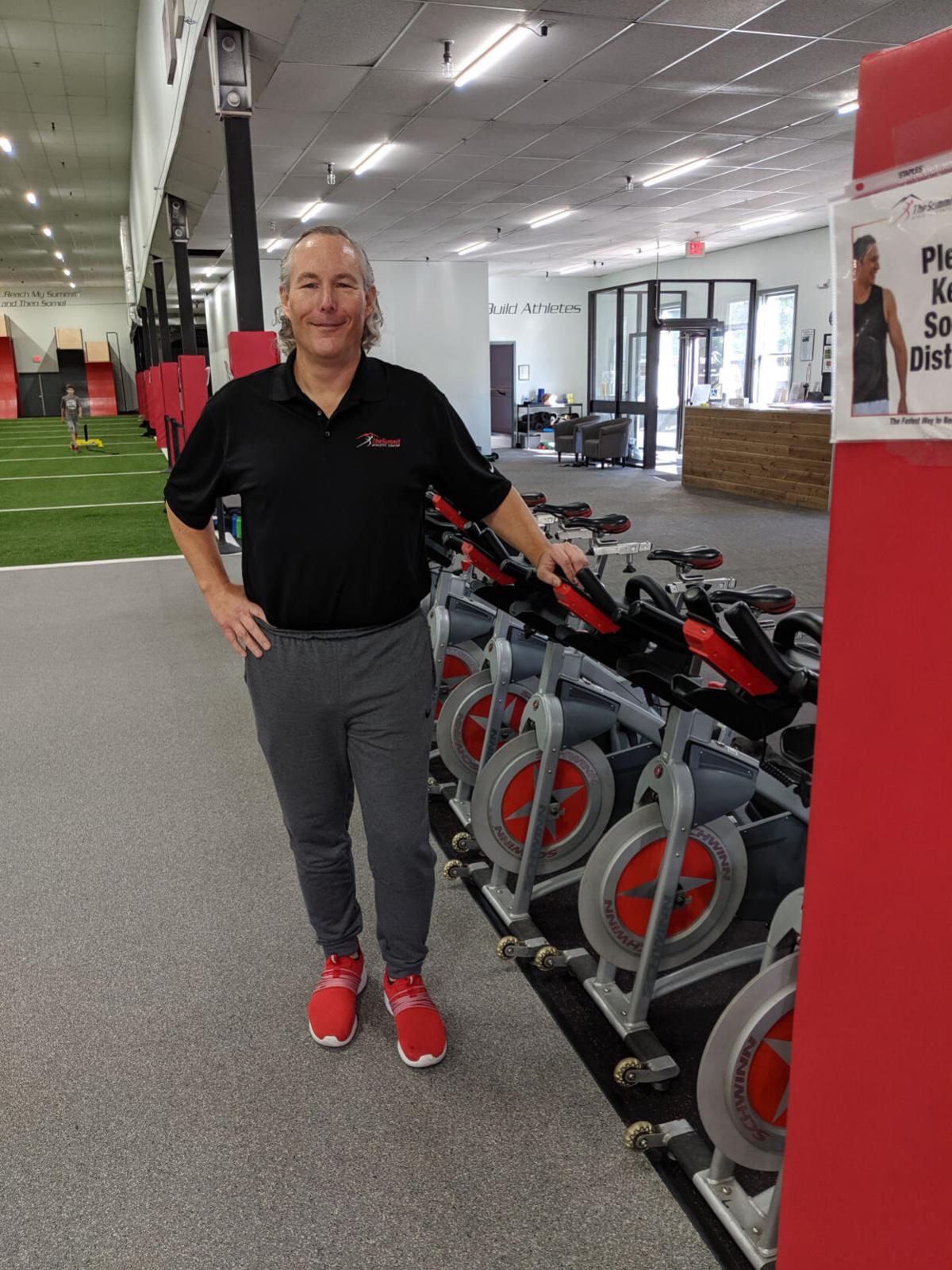 Steve Holland poses at his Summit Athletic Center in Keene. 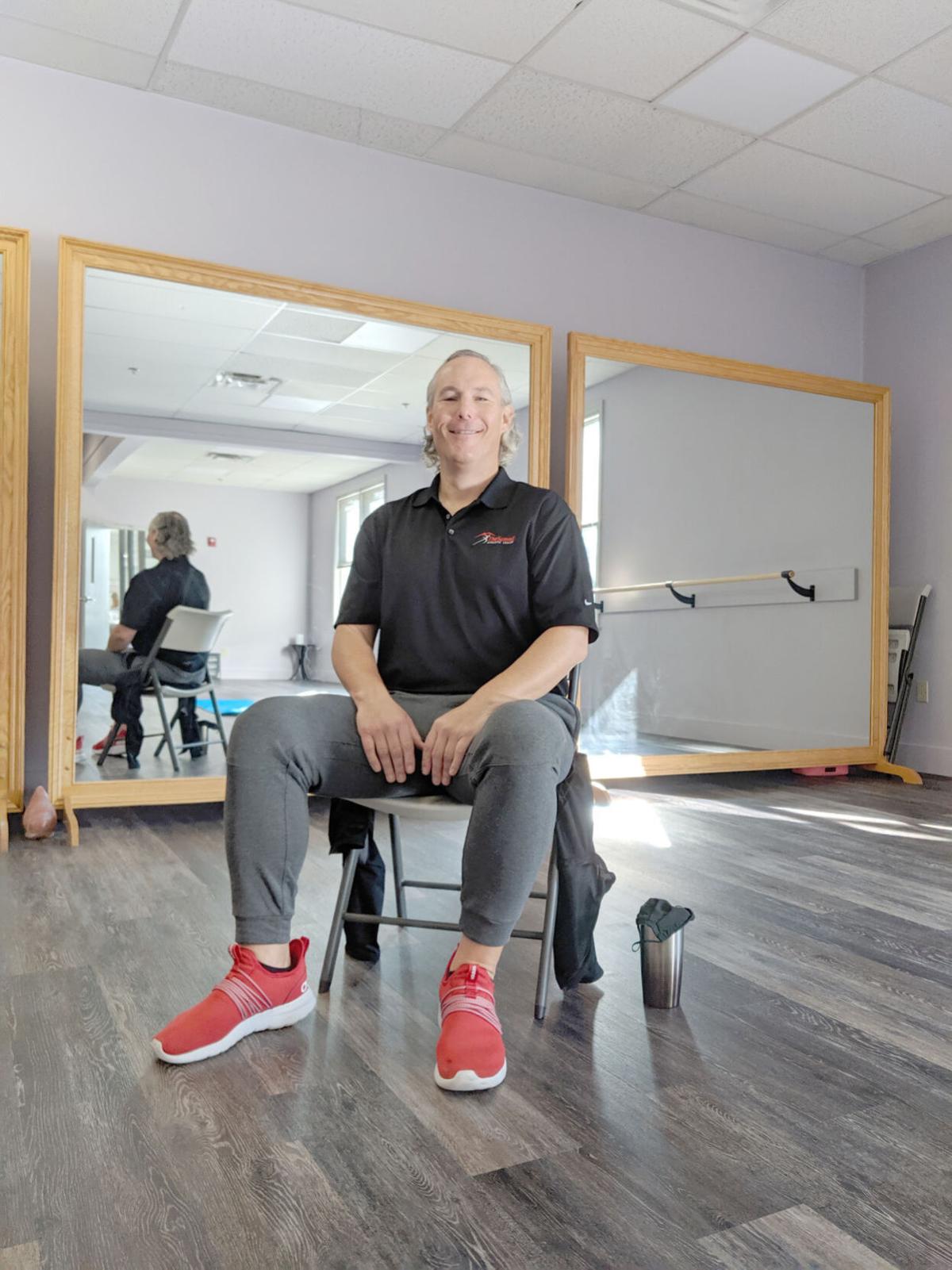 Steve Holland poses at his Summit Athletic Center in Keene.

Steve Holland walks like the athlete he is — fast, sure-footed and carefully balanced on the balls of his feet. It’s a bit hard to keep up with him.

He plops down on a chair in one of the exercise studios at Summit Athletic Center in Keene, and his wide smile brightens up the room. His high energy is palpable.

The 55-year-old Keene resident begins to talk about his life and his experiences, starting with how he formed the business six years ago, first in Marlborough before moving it to the Elm City last year.

“When my son started playing baseball at age 9, I realized how much I missed being around sports, being away from athletics,” says the former standout pitcher for Princeton University’s baseball team.

Coaching his son Evan and other kids in the Cal Ripken League in Keene sparked in him the idea of starting an omnibus fitness center for budding athletes as well as adults wishing to tone and strengthen their bodies.

“I looked at our community and sports, and realized our kids were less prepared than they should be. Seventy-five percent of kids quit sports by high school. It was really my incredible desire to be a resource to them. I wanted to bring to them the things I’d learned from athletics.”

But then he backs up to explain why sports has played such a crucial role in his own life.

He says his childhood growing up in Lansing, Mich., was a constant rotation of sports, mostly football and baseball.

“It taught me that results and outcomes matter. The reality of life is that competition is part of everything we do — for a job, for grades. I tend to look at it as being prepared and focused on a process. It’s about your mind and your body.”

Complementing his love of sports, Holland says his grandmother, Myrtle Reul, was a huge influence on his life, teaching him determination and persistence.

“She was a woman who didn’t finish high school, and later earned her high school certificate, then after raising her kids, enrolled in Albion College in Michigan, then went to graduate school to get her doctorate.”

Reul, who died in 2003, taught at both Michigan State and the University of Georgia, and was the author of 10 academic books, one of which was based on her first-hand research living undercover for a year as a migrant worker.

“She was my inspiration,” Holland says.

Holland became a stand-out pitcher at DeWitt High School just north of Lansing, leading the team to its first-ever state championship. He enrolled in Princeton, where he played baseball four years, pitching them to the first league conference championship in 32 years. He earned the university’s Edward J. Donovan Baseball Award in 1987 and 1988, given to the team’s top hurler in wins, earned-run average and strikeouts.

He graduated in 1988 with a degree in electrical engineering with a concentration in information sciences and systems. While at Princeton, he also met his future wife, Nancy, another undergraduate student, who would eventually earn a doctorate in clinical psychology from the University of Connecticut and now works as a senior medical writer for Synchrony Medical Communications.

Holland took a job with Andersen Consulting in New York City in 1988, which became Accenture in 2001 when it was spun off of Andersen Consulting. During his time at Accenture, he also accepted a two-year assignment with the company at its Melbourne, Australia, office. He left Accenture in 2005 to take a job at C&S Wholesale Grocers, where he stayed two years until he started up his own logistics and retail supply chain consulting business.

His career required constant travel, up to 47 weeks a year, and an ample amount of wining and dining with clients, coupled with the constant pressure to produce results. Long flights and overseas work were routine. Lack of exercise combined with a sedentary lifestyle turned a once-trim athlete into an overweight and out-of-shape middle-age man, he says.

By 2014, Holland felt he had the financial security to venture forth into the fitness business. He says his experience in athletics during high school and college combined with the business acumen he’d acquired during his consulting career helped him rapidly build a successful operation that now features student athletic training, adult exercise regimens, yoga and physical therapy, and will soon offer nutrition consultation. Summit is also a franchise of Parisi Speed School, a training program for young athletes, and offers adults a national exercise and performance system called Team Alloy.

“What we are is a one-stop shop for everything involved in athletics, conditioning and physical well-being,” he says. “This is where I want to leave my mark in Keene, with this business. It’s more an avocation than a job — making a difference in someone’s life and watching them accomplish something they didn’t think they were capable of doing.”

In 2017, while Holland was in the process of searching for a new location for the center, he began experiencing some breathing difficulty. A stress test was performed, and one of the arteries to his heart registered a 95 percent blockage. He was quickly in surgery, for the implantation of a stent. It was a wake-up alarm for him, leading him to increase his own exercise program and change his eating habits, adopting a vegan diet.

Then, last January, he received devastating news — his younger brother, Jon, had died from complications of atherosclerosis at the age of 51.

“We did everything together. He was my catcher in high school. We went to Princeton together,” he says. His brother had also worked in New York City, with firms such as Chase, Morgan Stanley, AIG and KPMG.

His brother’s death drove home even more the importance that athletics had played in Holland’s life.

“It was at the memorial service for my brother at Michigan State where a couple hundred former athletes we’d played sports with showed up,” he says. “I realized what a strong bond we all had because of sports, a camaraderie. There’s nothing like it. It’s about self-esteem, confidence and meeting the challenges it brings.”

At a glance: Steve Holland