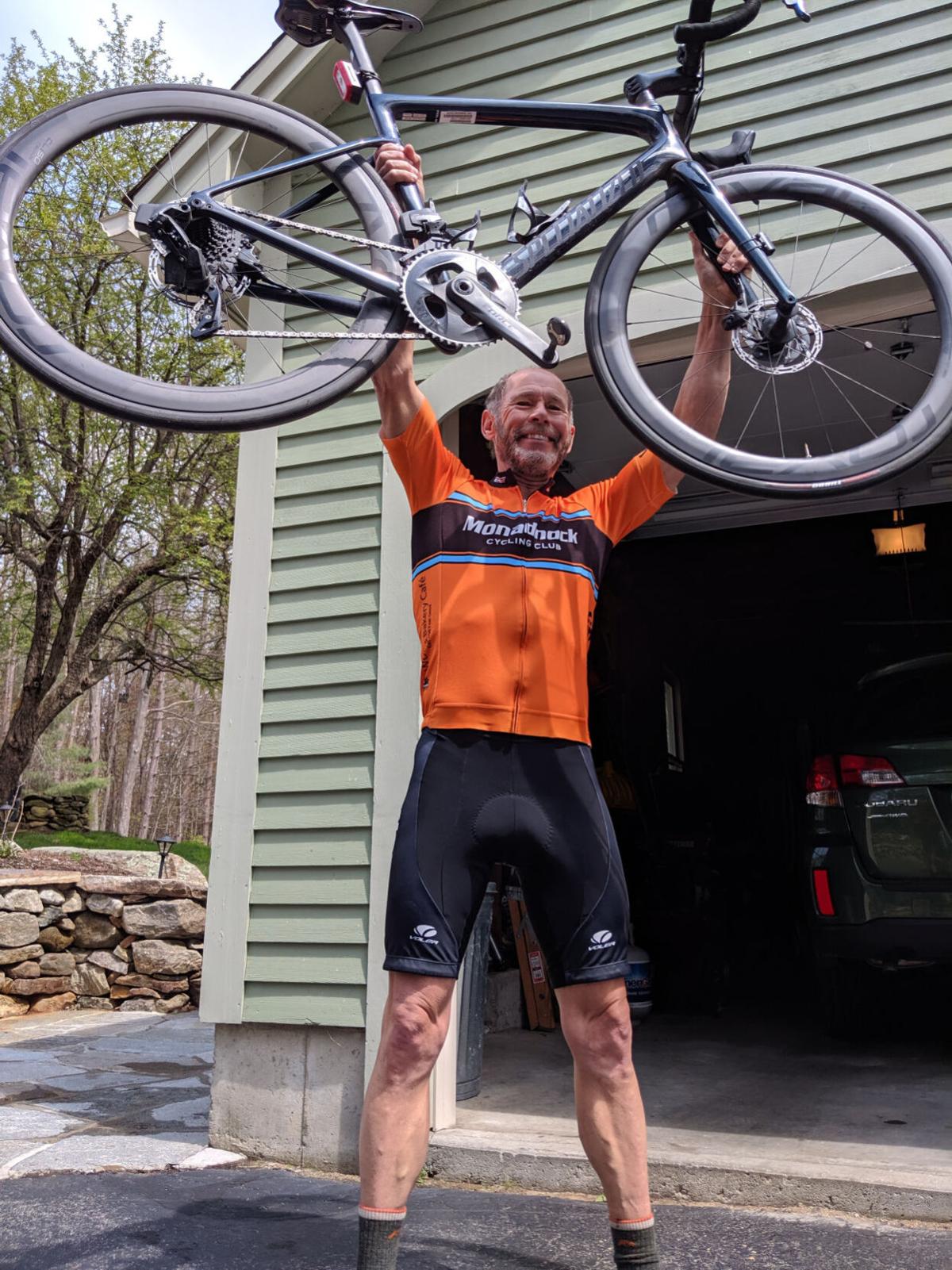 Dave LaCoste of Keene is an avid cyclist, having been introduced to the sport in high school. 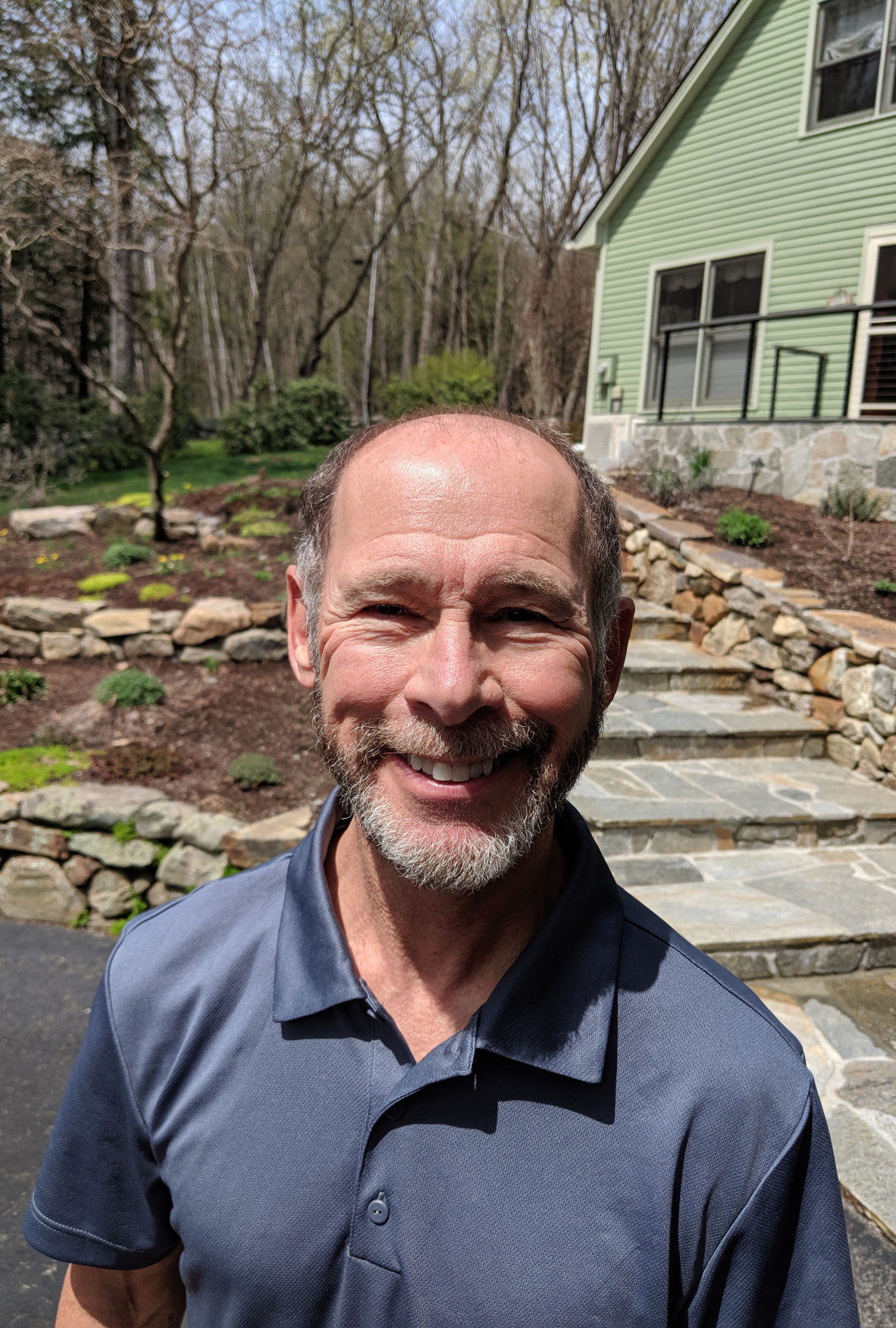 Dave LaCoste of Keene is an avid cyclist, having been introduced to the sport in high school.

Sitting at his kitchen table in Keene, Dave LaCoste smiles and reflects upon how random life can often be — how seemingly minor happenstances can turn out to be crucial.

“I wanted to go to my junior prom, but I didn’t have any money,” says LaCoste, 66, a lifelong Keene resident who was born at the old Elliot Hospital on Main Street, one of four sons to Valmore and Phyllis LaCoste. (Both are now deceased.)

“I heard somebody say that they were looking for some help down at the old Johnson’s drugstore downtown, so I went right down and applied. I started working there the next week.”

Little could he have imagined then that this two-day-a-week position would lead to a 45-year pharmacy career at Cheshire Medical Center. LaCoste retired in March of last year shortly after receiving the Lifetime Achievement Award from the N.H. Pharmacists Association. He also received Cheshire Medical’s President’s Award, and several times was handed the institution’s Chairman’s Award for Excellence.

“At Johnson’s, there was a pharmacist — Bob Micznik — who took me under his wing and encouraged me to become a pharmacist. He showed me how important drugs are to the health of people.”

LaCoste applied to the Massachusetts College of Pharmacy in Boston.

“I got in, but I was from a family with no money,” he says. Fortuitously, he received the Frank Wright Scholarship, named for one of the owners of J.A. Wright, a silver polish company that began in Keene.

“I loved science and biology, and I was born at the right time and the right gender,” he says, explaining that only male students were eligible for the award at the time.

Also during his junior year in high school, he was introduced to cycling, which would become a consuming lifelong passion.

“I was the classic nerd in high school, I didn’t play any sports,” he says, “the last kid picked for teams in gym class.”

A classmate and lifelong friend, Kevin Gordon, urged LaCoste to take up biking, running and tennis. It changed his life.

“Kevin is a great athlete, and we started running together and then did some 10K races together. I bought a 10-speed bike, and we did a 70-mile ride to Rutland and back,” LaCoste says. “Every Thursday night we rode time trials in Brattleboro. I fell in love with cycling. I was the least competitive person before all this, but that changed.”

Gordon, a Marlborough resident, has much praise for LaCoste.

“Dave may be the nicest, most professionally accomplished and most genuine guy walking the face of the earth,” Gordon says.

During LaCoste’s senior year of high school in 1972 — actually the night of his graduation — he and his family suffered a terrible tragedy with the suicide of his older brother Michael at age 19.

“He had everything going for him,” LaCoste says, adding that the death left myriad painful questions that can never be answered.

While attending the five-year pharmacy program in Boston, in 1975, LaCoste was hired as a summer intern at Cheshire Medical Center.

“I fell in love with working in a hospital pharmacy,” he says.

In 1977, following his graduation with a Bachelor of Science in pharmacy, he was hired full-time at Cheshire Medical. Then, in 1995, he enrolled in the College of Pharmacy at the University of Illinois at Chicago, which allowed him to keep working at the Keene hospital but required a nine-month clinical rotation at both Cook County and the University of Illinois hospitals in Chicago.

“It was amazing, my time there. I was exposed to so much; it was a great experience,” he says.

After receiving his Pharm.D. degree at UIC, he returned to Cheshire Medical as a clinical coordinator with a focus on antimicrobial stewardship and diabetes management. Antimicrobial stewardship is a program wherein a physician, nurse, pharmacist and microbiologist, all trained in infectious diseases, work together to ensure safe and effective antibiotic treatment of patients in the hospital.

“I don’t think people realize how crucial pharmacy is in the hospital,” he says. “While we are distributing drugs, we’re also members of a multi-disciplinary team where all the protocols dovetail.”

In 1997, LaCoste met the woman who would become his wife, Patricia Campbell, a pediatrician at Cheshire Medical. There is, however, a bit of a joshing disagreement between the two as to the exact circumstances of their first meeting. She claims it was by the trash dumpsters at the Court Street Apartments, where both were living at the time. He claims it was at an infection-control committee meeting at the hospital. Regardless, the two married in 2000.

In retirement, LaCoste says he will continue pursuing his love of cycling, if not stepping it up.

In 1983, he cycled cross country, east to west, with a friend, and this summer intends to repeat the adventure in reverse, with two other friends who share his enthusiasm for the sport — Keene artist David Bulger and retired family practice physician Bob Cochran.

The three will begin in Washington state at Hurricane Ridge at Port Angeles, ending up at the Quoddy lighthouse in Lubec, Maine, eight weeks later.

“A cross-country ride is a great way to see the country,” LaCoste says. “You see everything up close, and you get to meet the people.”

Also on his agenda is a hiking trek on the Appalachian Trail, which he had planned to undertake last year with a friend but which was canceled because of COVID.

On a normal week in favorable weather, LaCoste rides about 200 miles and works out daily at a local gym, which keeps him in top shape and his weight down to 145 pounds. He has numerous times cycled the length of Vermont — about 200 miles — in one day.

“How many bikes are enough?” he asks. “Cyclists joke that ‘N+1’ is enough bikes, ‘N’ being the ones you already own.”

“In terms of his abilities with endurance sports such as mountain climbing, long-distance cycling and cross-country skiing, Dave is the Benjamin Button of sports,” Gordon says. “He is defying the aging process by getting better as he gets older.”

At a glance: Dave LaCoste