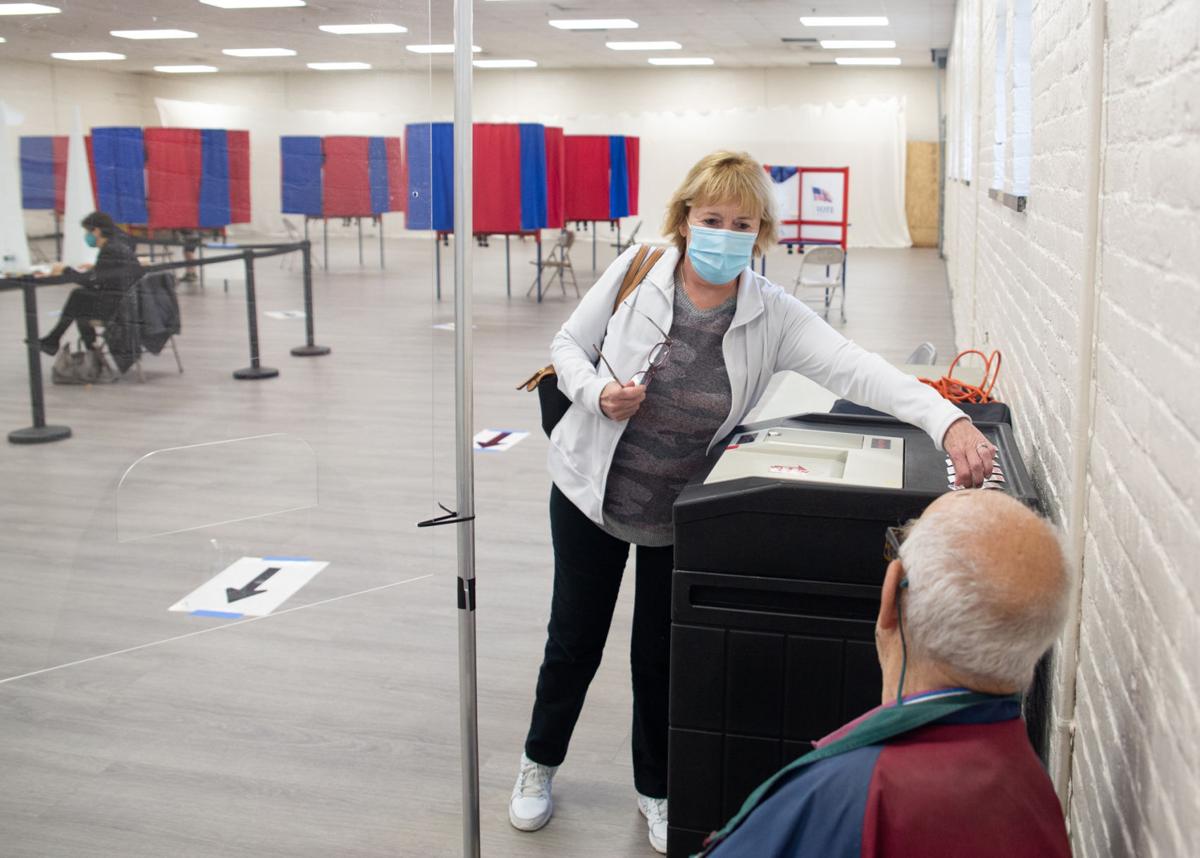 Kym Burnham takes a voting sticker as she talks with Ward 2 Selectman Wes Cobb after turning in her municipal-primary ballot at the Keene Recreation Center Tuesday. 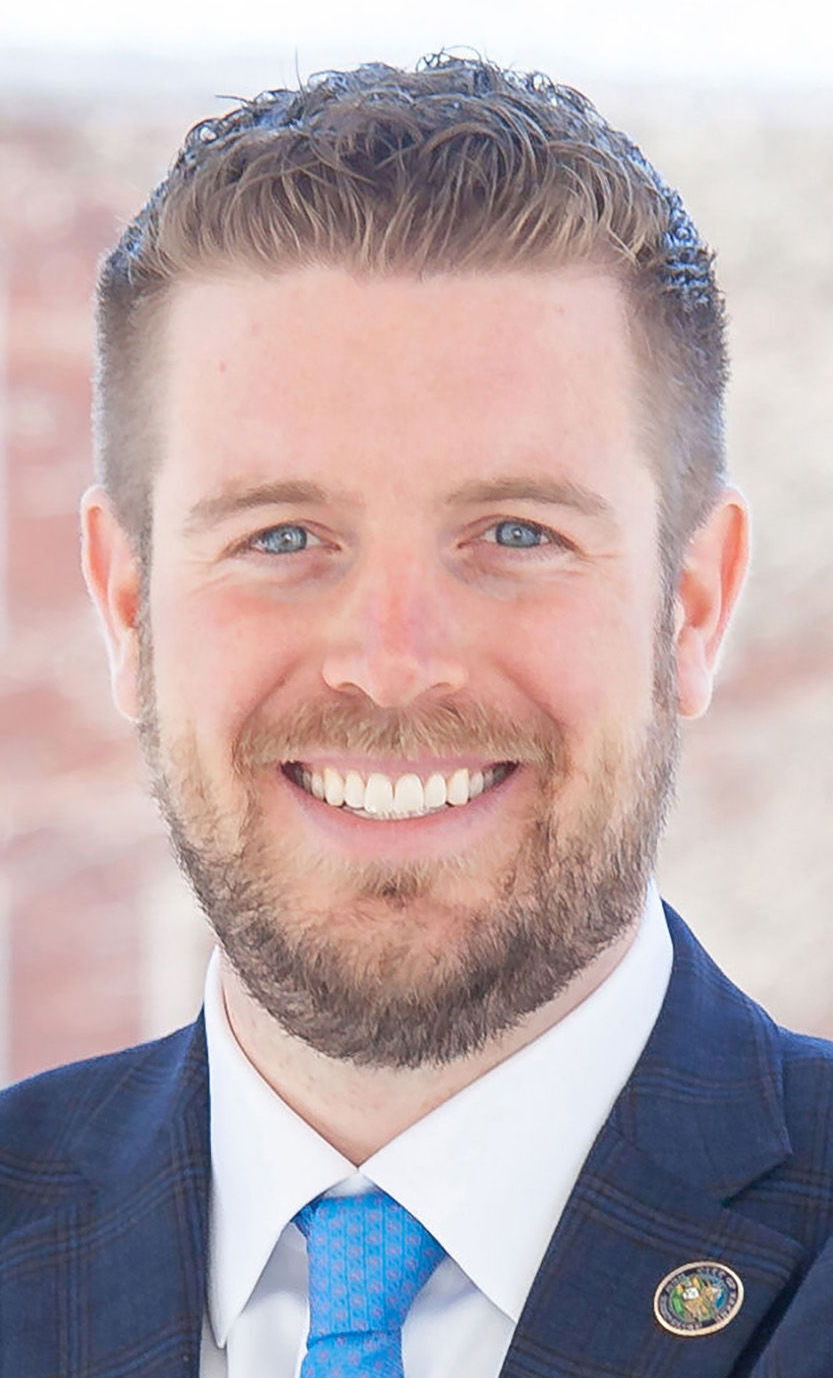 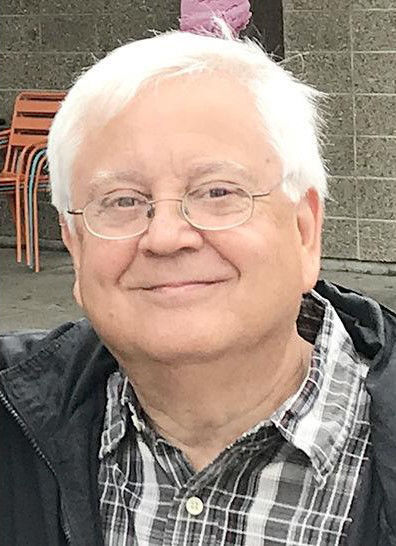 Keene’s mayoral race in Tuesday’s primary came down to a contest between two of the three candidates, as incumbent George Hansel easily won enough votes to advance to November’s general election.

Hansel took 763 votes across the city’s five wards, while Mark J. Zuchowski edged out fellow challenger Aria DiMezzo, 58 to 35. Zuchowski, a Massachusetts native who has lived in Keene for the past six years, will join Hansel on the ballot next month.

Zuchowski, 66, told The Sentinel in September that he wants to serve as mayor to give a voice to the people of Keene and also to address veterans’ issues and the spread of misinformation, particularly around the pandemic. Each of Keene’s five wards overwhelmingly picked Hansel, 35, as their top candidate with Zuchowski coming in second.

Both DiMezzo and Zuchowski have ongoing legal issues. DiMezzo was arrested in March and is facing multiple charges stemming from what federal prosecutors describe as an unlicensed scheme to sell cryptocurrency.

Meanwhile, last month, Zuchowski was named in a stalking petition filed by a city employee who alleges he repeatedly contacted her at work both in person and via email and showed up uninvited at her house and refused to leave.

Zuchowski has described the matter — which led the woman to call Keene police — as a misunderstanding. He is currently under a protective order with a hearing in the case scheduled for Wednesday in 8th Circuit Court District Division in Keene. He does not face criminal charges.

Hansel, who is seeking his second two-year term as mayor, said a top focus for him is addressing Keene’s housing needs, as well as continuing to upgrade the city’s infrastructure.

As in most recent city primaries, Tuesday’s turnout was low, with only 6 percent of Keene’s registered voters hitting the polls. A lack of participation in municipal primaries is one reason a city councilor has proposed abandoning them altogether.

“When you look at the primaries now, the turnout is pathetic,” Filiault told The Sentinel last month. “I’m talking single digits.”

In addition, Filiault said primaries are pricey — running the city north of $12,000 — and often eliminate only one candidate from the general election ballot.

In addition to the mayoral contest, all other races — including for City Council and various election-official positions — were on Tuesday’s primary ballot, though only one election-official race was contested. Those candidates will all move on to the general election Nov. 2., with the exception of Raven Norlander-McCarty, who was the only ward 5 selectman candidate not to secure one of three available spots on the November ballot. Those moving on in that race are Kathaleen Austin, Mark Rebillard and Sandra van de Kauter.

Along with the race for mayor, the November ballot will include contests for Ward 1 councilor, where Robert Crowell will face off against Kris Roberts, who will proceed to the general election after securing 12 write-in votes in Tuesday’s primary; and Ward 2 councilor, where incumbent Mitch Greenwald faces a challenge from newcomer Ryan Clancy.

Roberts also received 16 write-in votes to move on to the general election as an at-large council candidate, making him the ninth person on the ballot competing for one of five open seats. Other candidates include incumbents Kate Bosley, Bettina Chadbourne, Filiault and Michael Remy, as well as former Councilor Michael Giacomo, who resigned over the summer after moving out of his ward, Jodi Newell, Boston Parisi and Ian Freeman, who is facing cryptocurrency-related charges in a case connected with DiMezzo’s.