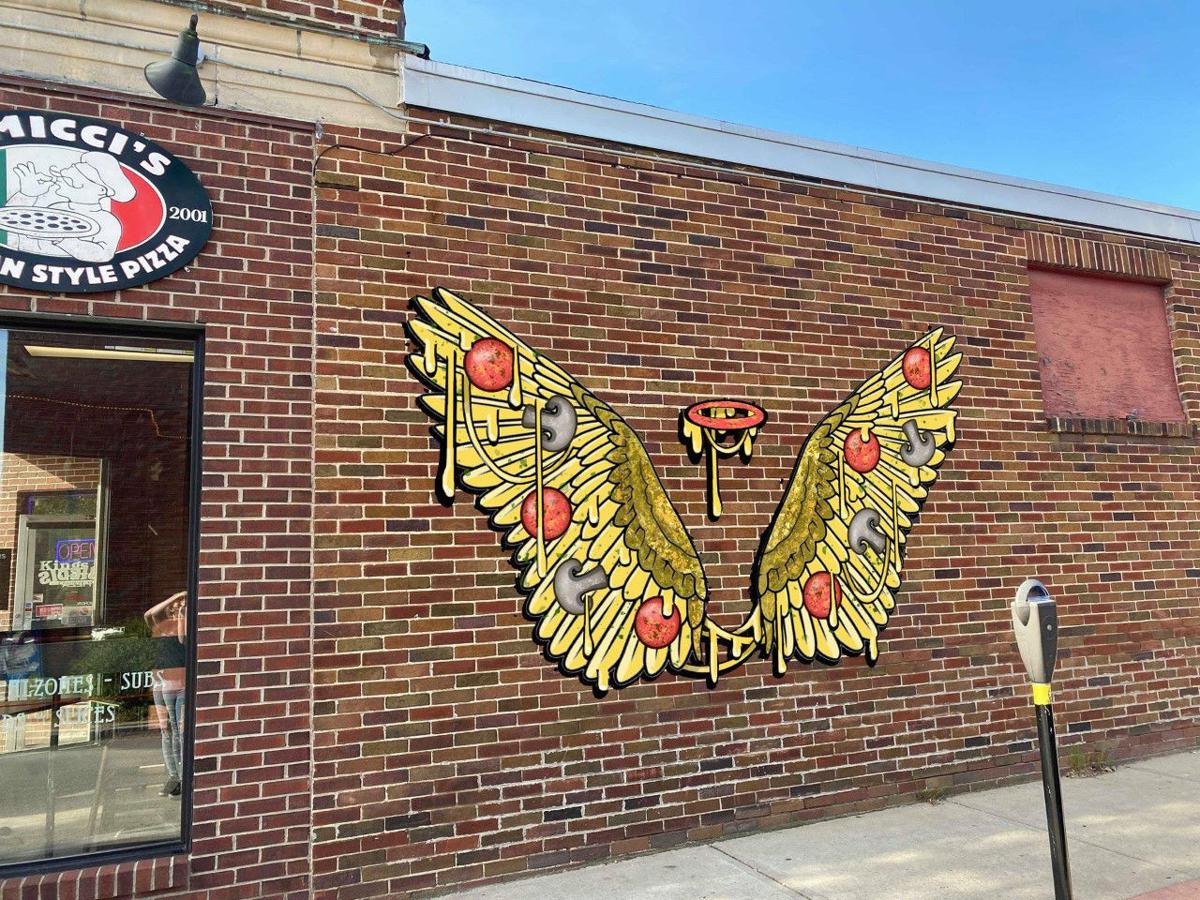 A “before” picture of the angel wings mural outside Amicci’s Pizza in downtown Keene shows the halo that has since gone missing. 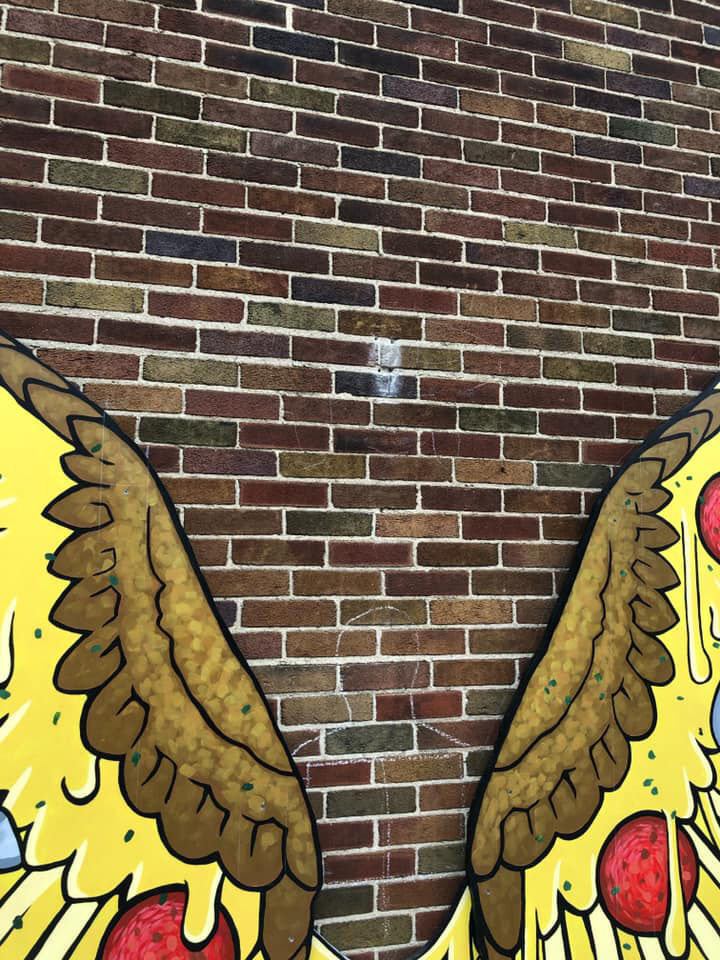 A “before” picture of the angel wings mural outside Amicci’s Pizza in downtown Keene shows the halo that has since gone missing.

An angel lost its halo over the weekend at Amicci’s Pizza in downtown Keene.

In July, the Main Street pizza shop put up a wooden mural of angel wings and a halo, both painted to look like pepperoni pizza, on the side of its building. But Sunday morning, co-owner Alex Lesser said, the halo was missing.

She said the incident likely happened the night before, and Keene police have been alerted. The restaurant is also having its security footage looked at to see if a suspect can be identified, Lesser said.

Replacing the halo on the mural — which was painted and designed by Gilsum artist Emily Sodders — would cost about $250, plus additional time for Amicci’s staff to put it up again, according to Lesser.

“I honestly feel a little defeated and heart broken ... It was also one of the FEW good things to come out of this whole Corona wrapped quarantine year,” said Lesser, of Keene, in an email.

The idea for adding the mural was to help bring positivity to downtown amid the COVID-19 pandemic, Lesser explained, which has left many local businesses struggling to stay afloat.

The wings and halo were designed to look like they’re a part of anyone posing for a photo in front of them.

“Having the halo stolen kind of emotionally stung a little because it was so much more than a piece of painted wood, it was a little slice of hope and positivity,” she said.