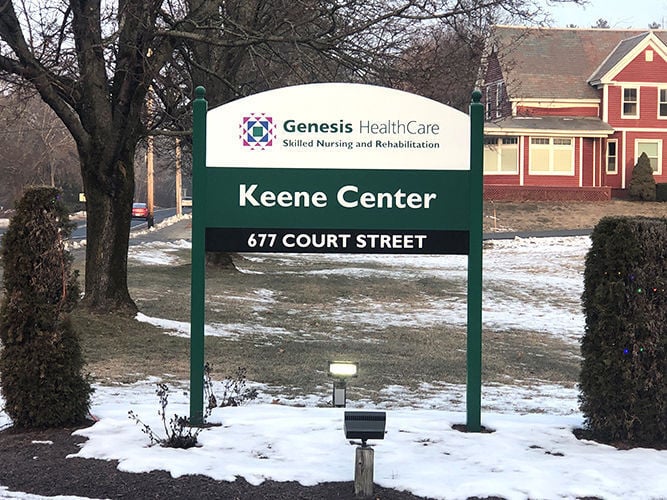 As cases of the delta variant of the novel coronavirus surge nationwide, a nursing-home company with local sites will require employees to get vaccinated against the disease in coming weeks.

In a news release Monday, Genesis Healthcare — which has nursing homes locally in Keene, Winchester and Peterborough — said its roughly 40,000 employees must have received either their first dose of the two-dose Pfizer-BioNTech or Moderna vaccines or the single-shot Johnson & Johnson vaccine by Aug. 23.

The second dose, if applicable, would need to be done by Sept. 22, the release says.

The only possible exceptions are for medical or religious reasons, according to Genesis spokeswoman Lori Mayer, but if the exemption isn’t granted, the unvaccinated employee “may be subject to termination.”

“Our move to adopt universal vaccination is an incredibly important decision, and we very seriously weighed the competing concerns before proceeding down this path,” Genesis CEO Harry Wilson said in the release. “... The growing spread of the Delta variant makes clear that we need to increase our vaccination rates substantially to better protect our patients, residents and employees.”

The delta variant is extremely contagious, even more so than the other variants circulating, according to Dr. William Schaffner, a professor of medicine in the Division of Infectious Diseases at Vanderbilt University in Tennessee.

After someone is exposed to it, they start to produce the virus sooner than the original strain of the virus, resulting in faster transmission, Schaffner said. Someone infected with delta produces more of the virus as well, he added.

Genesis’ decision to implement a vaccination mandate comes in the same week as the Dartmouth-Hitchcock Health system — which includes Cheshire Medical Center in Keene — announced its own.

Monadnock Community Hospital in Peterborough also plans to implement a requirement in coming weeks, and Brattleboro Memorial Hospital began mandating immunizations for new employees last month. The latter is looking into whether to broaden this requirement, a spokeswoman said Tuesday.

Long-term care centers are especially vulnerable to COVID-19 because the virus is known to travel quickly through congregate-living settings, according to health officials. This is due to the proximity of residents, many of whom have underlying health conditions.

Genesis began encouraging residents and staff to get inoculated in December, through site-run vaccination clinics. And while nearly all residents at the area’s facilities have been immunized, staff have trailed behind.

Pheasant Wood Center in Peterborough has seen the highest vaccination rate of local Genesis nursing homes among residents (94 percent); its staff rate is 75 percent, according to data on the Genesis website.

At Keene Center, 73 percent of employees are fully inoculated, and at Langdon Place the staff vaccination rate is 75 percent.

Resident rates at these facilities range from a low of 88 percent at Keene Center to Pheasant Wood’s 94 percent.

Companywide, the Monday release says 85 percent of Genesis patients and residents are vaccinated, while only 65 percent of employees are. The Pennsylvania-based company operates more than 325 nursing and long-term care centers in 24 states, its website states.

“While we would have greatly preferred a strictly voluntary process, our commitment to health and safety outweighs concerns about imposing a requirement,” Wilson said. “Universal COVID-19 vaccination provides the safest and most effective course of action to ensure the health and welfare of our patients, residents and staff.”

Cheshire County-run Maplewood Nursing Home in Westmoreland, RiverMead retirement community in Peterborough and Hillside Village in Keene did not respond to a request for comment Wednesday about whether they will be implementing their own vaccination requirements.