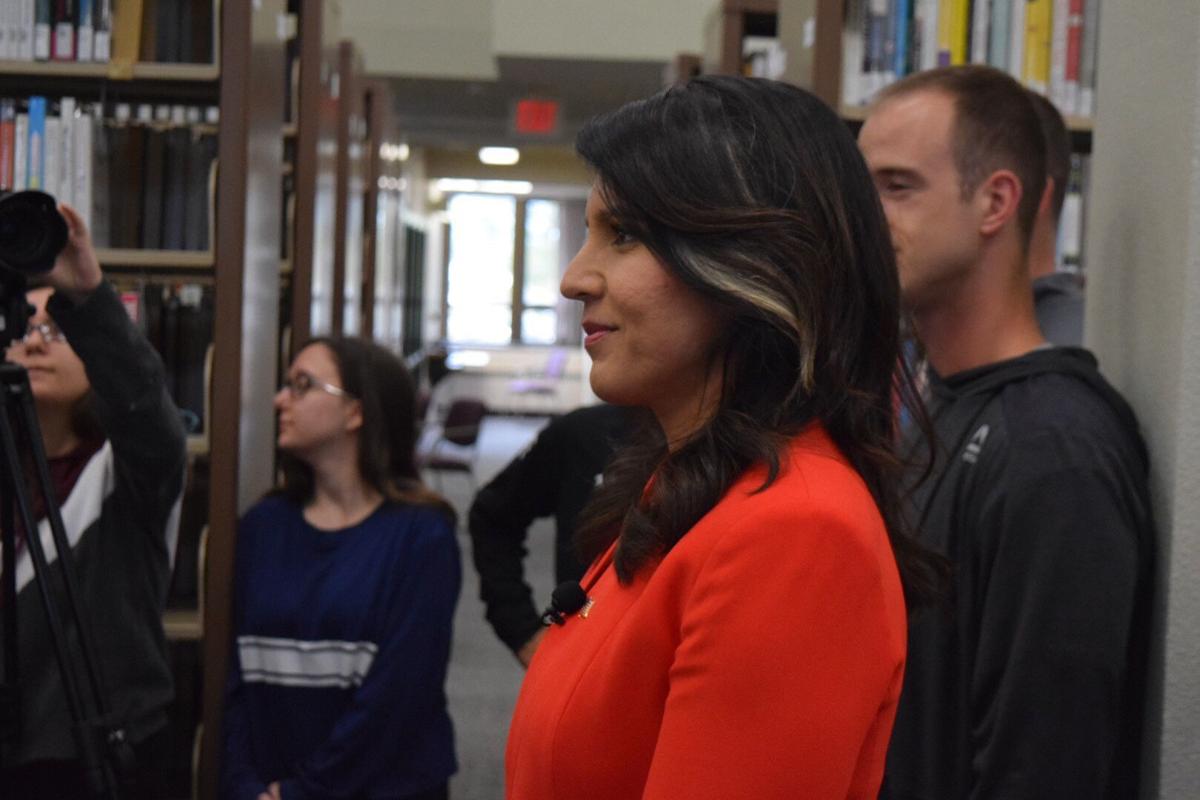 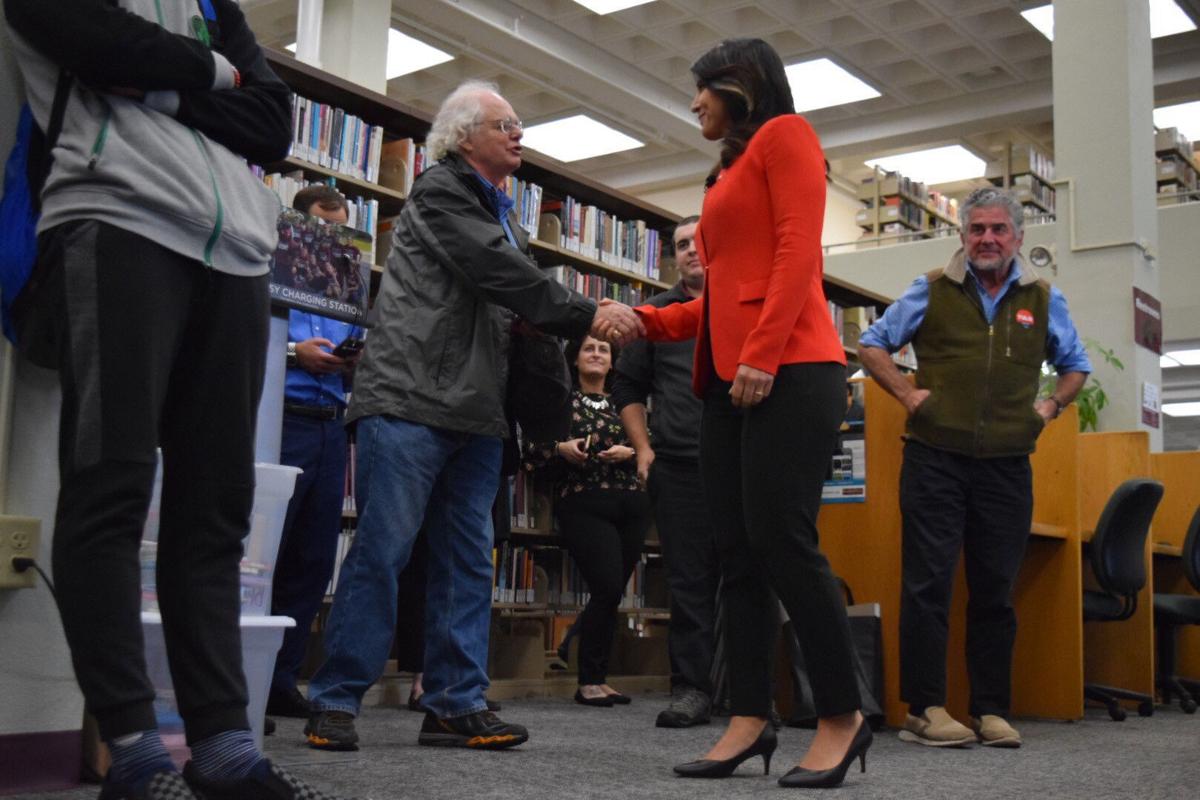 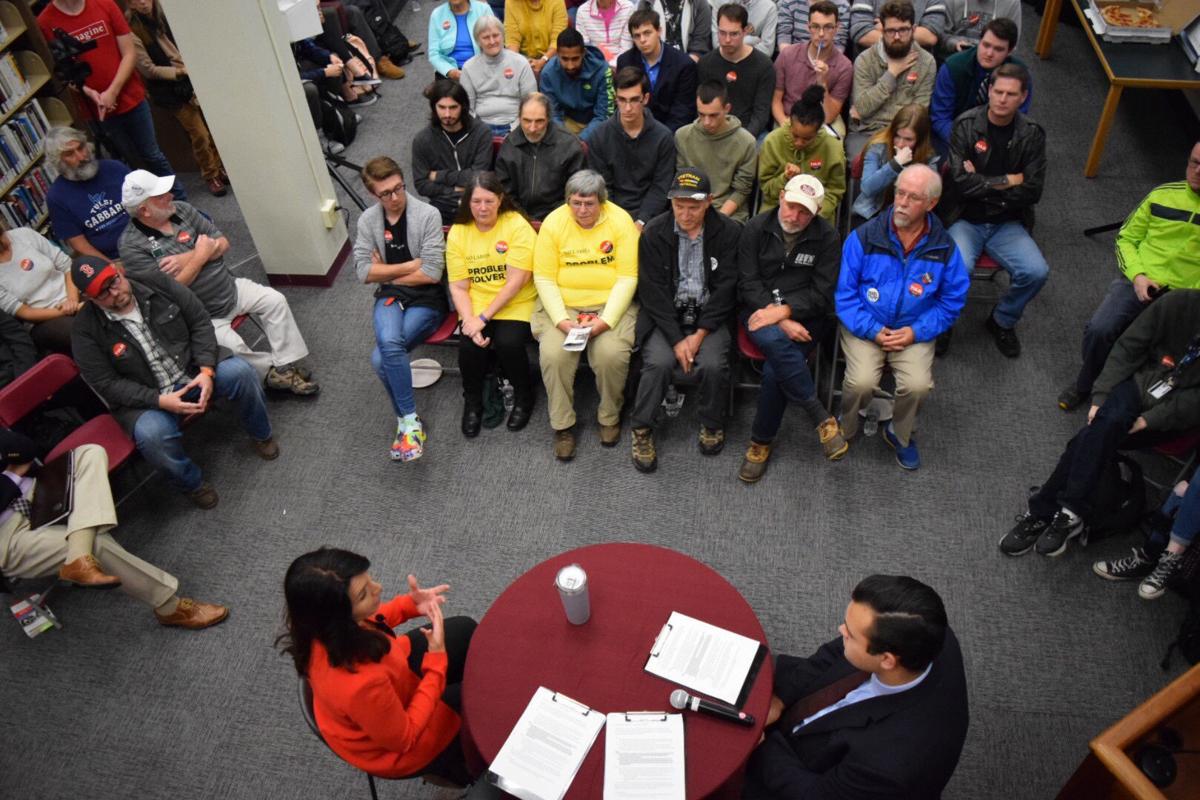 Gabbard will have staffers spending the winter in New Hampshire. 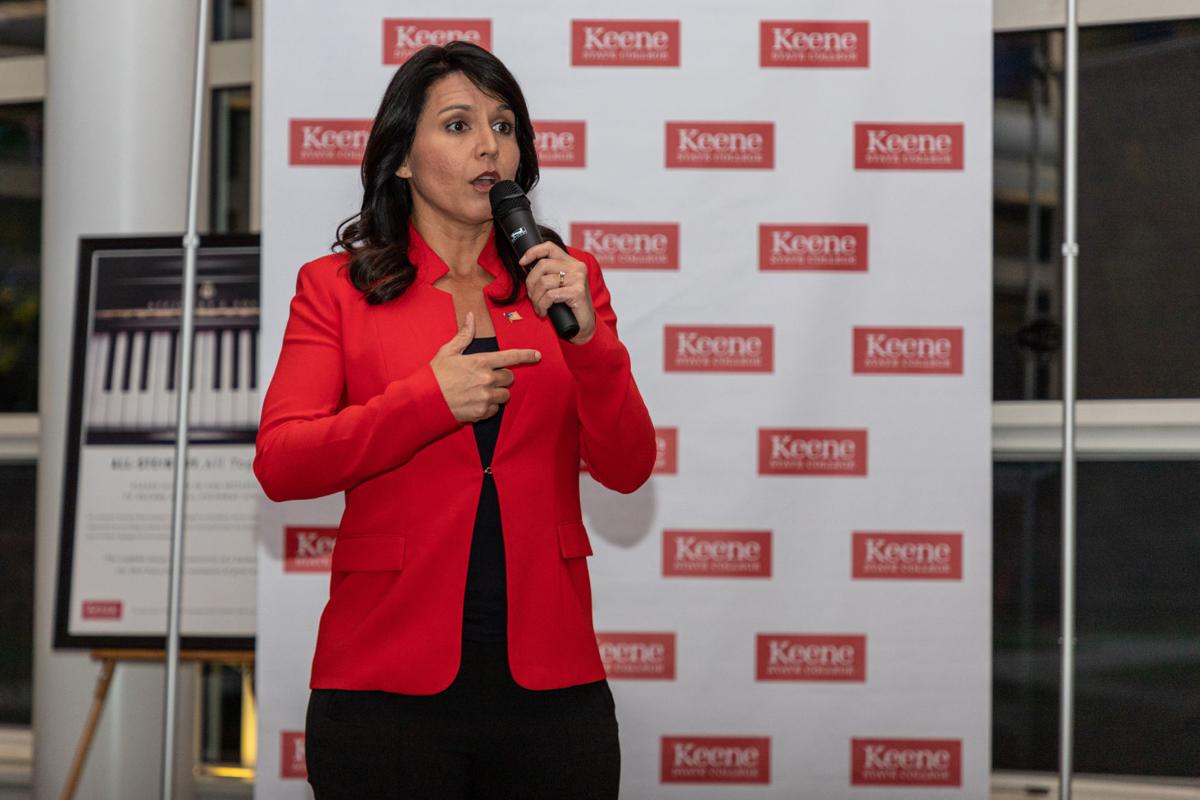 Gabbard will have staffers spending the winter in New Hampshire.

Nitya Pool, Gabbard’s name ID coordinator, was signing up volunteers in the DiPietro Library and will be spending the winter in the Granite State instead of back home in Hawaii, where she had been one of the four-term congresswoman’s constituents.

“I’ve met her a few times, and I knew she was doing a good job, and when she announced, I was there, and the energy was so amazing that I was like, ‘I need to volunteer and help her,’ ” Pool, a 21-year-old Kailua native, said.

Eventually, the campaign convinced Pool to ship out to Manchester with a handful of other Hawaiians who have been working to get Gabbard’s name out there. The 2016 N.H. primary was won by neighboring state U.S. Sen. Bernie Sanders, I-Vt., and polls show the 2020 contest is being led by U.S. Sen. Elizabeth Warren, D-Mass.

So far, Pool said she considers her work a success.

“I don’t know if you’ve noticed, but we have billboards; we have road signs,” Pool chuckled before signing up Brian Ranger, a senior health science major at Franklin Pierce.

Gabbard, 38, is the first 2020 presidential candidate Ranger said he’s seen so far, and the Bridgeport, Conn., native said he came away impressed with her foreign policy chops as a combat veteran.

“I liked how she seems to be more on the peaceful side, which is more what I prefer for our president,” Ranger said. “Unlike our current president, who is always gung-ho, I want somebody who is a bit more wise, somebody who will speak before acting.”

Gabbard’s populist foreign policy pitch is for America to bring the troops home, cut military spending abroad, and use those funds for social programs like college debt forgiveness, universal health care with room for private insurance, and investing in renewable energy.

While Gabbard says she sees climate change as a serious threat, she told The Sentinel she would not use military funds to mitigate potential crises stemming from climate change abroad, such as the mass displacement of refugees from natural disasters or dwindling water supplies.

“I think the two are important concerns, but aren’t necessarily interconnected,” Gabbard said, with opponents such as Warren and Sanders arguing for military resources to be reallocated to deal with water- and disaster-related disruptions predicted by the Army Corps of Engineers.

“I think we need to look at every one of our military bases around the world and assess its value and its use towards our national security interests, and the other issues that we’re facing,” Gabbard continued. “This issue of climate change and refugees is one that not only we, the United States, are concerned about, but that we need to work with other countries we’re dealing with in both responding but also, again, working to try to stem these threats from getting worse.”

That focus shift away from the United States’ lead role on the global stage toward a more isolationist, diplomacy-first approach is what Gabbard argues will help the country better focus its resources on stemming the worst effects of climate change.

“When you look at the points I’m raising about the need to end our country’s long-held foreign policy of being the world’s police, ending these wasteful, counterproductive wars of choice ... redirecting those resources towards what we need here at home, one of those things, very importantly, it is climate change,” she said, “and focusing on that transition we need to make here, both at the federal level, the state and local level, individually, but also working within the global community to address those environmental threats.”

At a few points during her remarks in Rindge, Gabbard took issue with how her campaign has been covered in the national press.

A looming cloud has been a controversial meeting she had with Syrian dictator Bashar al-Assad in 2017, when she went on what her congressional office described as a “fact finding” mission. She was joined by former Democratic presidential candidate Dennis Kucinich, who has defended Assad’s aims amid a bloody civil war.

The Syrian Observatory for Human Rights estimates more than 570,000 people have been killed in the conflict from 2011 to 2019, and in 2016, Amnesty International estimated between 5,000 and 13,000 people had been executed in government prisons. The Amnesty International figures don’t account for those killed by chemical weapons believed to have been deployed by the Assad regime on its own people.

Gabbard, who has declined to say whether Assad is a war criminal and expressed skepticism about his alleged use of chemical weapons, said the media coverage of the encounter is at odds with what she hears on the trail.

“What’s interesting in the difference between what I’m hearing from voters versus what you hear from some folks in the media is that in town halls across the country, those who ask questions — I’m trying to think of a single one that has been negative,” Gabbard said, gesturing to an aide who nodded in agreement. “Everyone that’s brought this issue up has said, ‘Hey, I think it’s good that you had the courage to meet with him, because we need a leader who has the courage to meet with, you know, other countries’ leaders — dictators, adversaries, potential adversaries.

“Because people across this country, across party lines understand that the only alternative to diplomacy is war.”