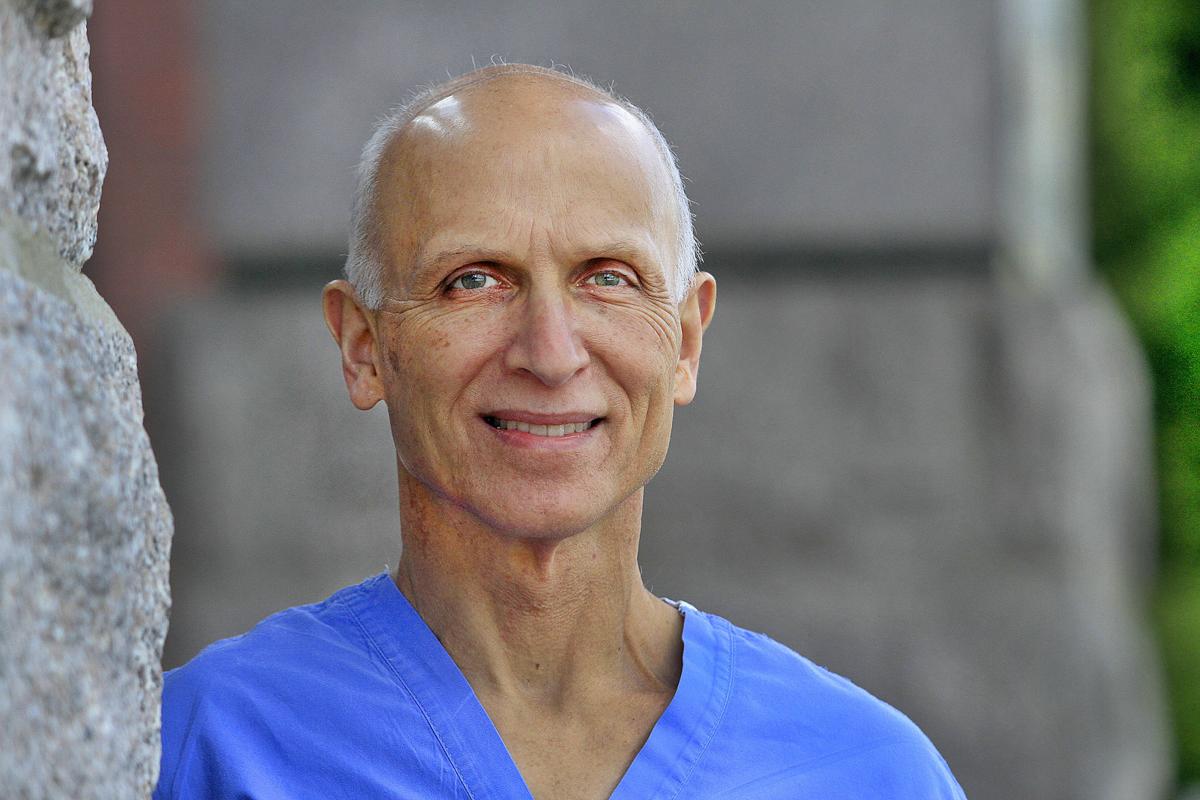 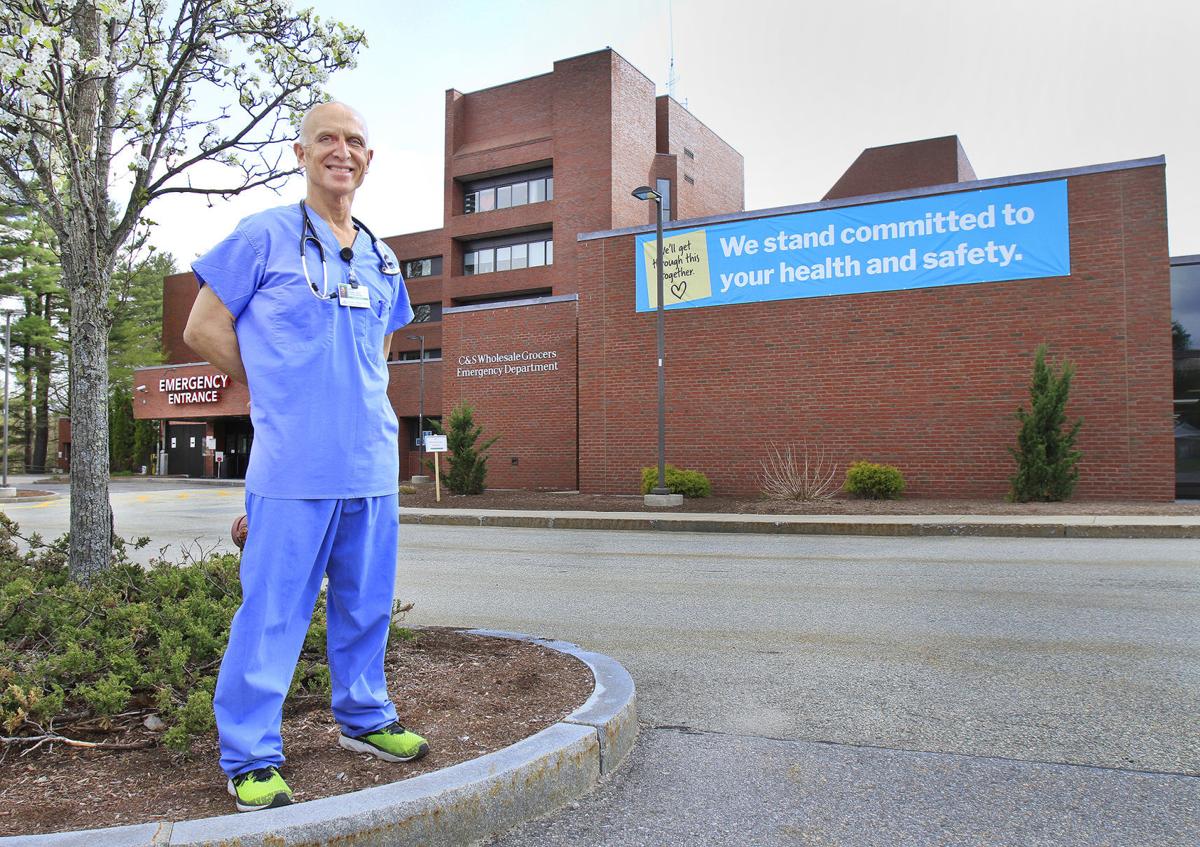 Physician assistant Dave Segal of Keene stands outside Cheshire Medical Center. He was hired there in 1991, when it was known as the Keene Clinic.

Physician assistant Dave Segal of Keene stands outside Cheshire Medical Center. He was hired there in 1991, when it was known as the Keene Clinic.

By his own reckoning, David Segal estimates he sees, on average, about 100 patients a week as a physician assistant at Cheshire Medical Center.

“That’s pre-COVID,” the 61-year-old Keene resident said in a telephone interview this past week. Segal was on a break while working at the tent outside the medical center, where patients with respiratory ailments are tested and screened for the virus. Telemedicine appointments are also conducted there.

Physician assistants are medical providers who are licensed to diagnose and treat illness and to prescribe medications for patients. As of 2017, there were 123,000 PAs in the United States, conducting 400 million patient interactions per year, according to the American Academy of Physician Assistants.

Those numbers make him one of the busiest medical providers at the center’s family medicine department, he said. And they reflect his devotion to patient care.

“I still love what I’m doing,” he said, “and I’ll work as long as I find I’m capable of doing this job at 100 percent, with passion and energy.”

Although he sees some patients each day who have regular appointments with him, many whom he treats have called at the last minute with an ailment or problem, and can’t be seen immediately by their regular physician. Doctors also recommend patients to Segal because he has special expertise in some procedures, such as joint injections and drainage, suturing, biopsy of skin lesions, and ingrown toenails.

Since many of those he sees are first-timers with him, his procedure is to do a quick study of the patient’s medical history before he even opens the door to the examination room.

“Often, you kind of know what you’re going to do before you go in,” he said.

In addition to his work at Cheshire Medical Center, he also serves as a medical provider for inmates of the Cheshire County jail in Keene, a job he has held for 25 years. There, he must deal with a higher percentage of substance use disorders co-mingled with mental health issues, as well as detoxification and administration of Suboxone, a drug used in the treatment of narcotic addiction.

Segal also serves as the medical representative on the Cheshire County Drug Court, designed to reduce recidivism and rehabilitate felony-level offenders who have a substance use disorder.

Like many people who have found their way to Keene and this region, Segal’s story has a long and circuitous route.

Born and raised in Riverhead, Long Island, he recalls a childhood during the 1960s filled with an abundance of fun outdoor activities with neighborhood friends and his three older brothers, Alan, Barry and Randy. His father, Meyer Segal, had a company making bags for the island’s many large potato farms.

His parents themselves had quite a story to tell.

“I met her on a blind date, proposed to her about an hour after, and she told me I was crazy,” Meyer Segal is quoted as saying about his wife, David’s mother, Corinne, in a 2015 feature story on him in the Riverbend News-Review. His father still lives on Long Island, but Corinne died in 2018. By coincidence, David met his wife, Sheila Barry-Segal, on a blind date in Keene.

After he graduated from high school, Segal enrolled at The College at Brockport, a SUNY school, but stayed only a year.

He then enlisted in the U.S. Coast Guard and became a medical corpsman, serving at a base on Cape Cod. He realized that he loved the work and had an aptitude, disposition and personality that dovetailed well with taking care of patients.

For six months, he also served as the medical officer on the Coast Guard Icebreaker Polar Sea, providing care for a crew of 160 in the Antarctic. There, he learned to handle a wide variety of conditions and cases.

“Fortunately, the crew was made up of healthy young people, but help was very far away if you needed it, even sometimes out of helicopter range.”

Segal remained on active duty in the Coast Guard for four-and-a-half years, then joined its reserves, serving until 2005 when he retired at the rank of commander. He is especially proud of that accomplishment, since he began as an enlisted man. He had been called up to active duty several times while working in Keene, including for service during hurricanes Ike, Katrina and Sandy.

Following his active-duty years, he enrolled in the physician assistant program at the Albany (N.Y.) Medical College and graduated in 1985.

After graduation, he recalls, he sent out 50 résumés to health-care facilities and received only one positive reply — an offer to interview at Spofford Hall, an alcohol and drug rehabilitation clinic on Spofford Lake. A classmate friend of his had recommended him for the job, and he was hired in 1986.

Actually, it was a perfect fit, he said, because he loved the Monadnock Region, having spent several summers with his best friend from Long Island and his family at their summer cottage on Swanzey Lake. That buddy, Robert Fuerderer, settled in Surry, and the two remain close. “He fixed my mini-bike when we were kids, and now he fixes my motorcycle,” Segal quipped.

At the time he began at Spofford Hall, physician assistants were relatively rare, unlike today when PAs and nurse practitioners are common.

“I am the 121st registered PA in the United States,” Segal noted.

He worked five years at Spofford Hall, until he was hired at Keene Clinic. Spofford Hall closed in 1995, and its building has stood abandoned ever since.

“I loved it ever since I moved here. The slower pace of the area. People were friendlier. I liked the idea that there weren’t any malls, but there was a vibrant downtown.”

Several years ago, he decided to “practice what I preached” and started an exercise and diet regimen that led to a 40-pound weight loss. Every day, he follows a routine, he said, awakening at 4:30 a.m. and within a half-hour, heading out on a 7-mile run, solo, headlight on. Then, by 8 a.m., he’s seeing his first patient.

Of course, everything changed for him, and the medical world, when COVID-19 hit. He has continued to work daily at the medical center, both in the tent and occasionally at his office and the emergency department.

He commends the Dartmouth-Hitchcock Health system and its rapid response to the crisis. “They’ve done a splendid job,” he said.

And, he emphasizes, the virus has spurred what he sees as a major change in health care — telemedicine.

At a glance: David Segal