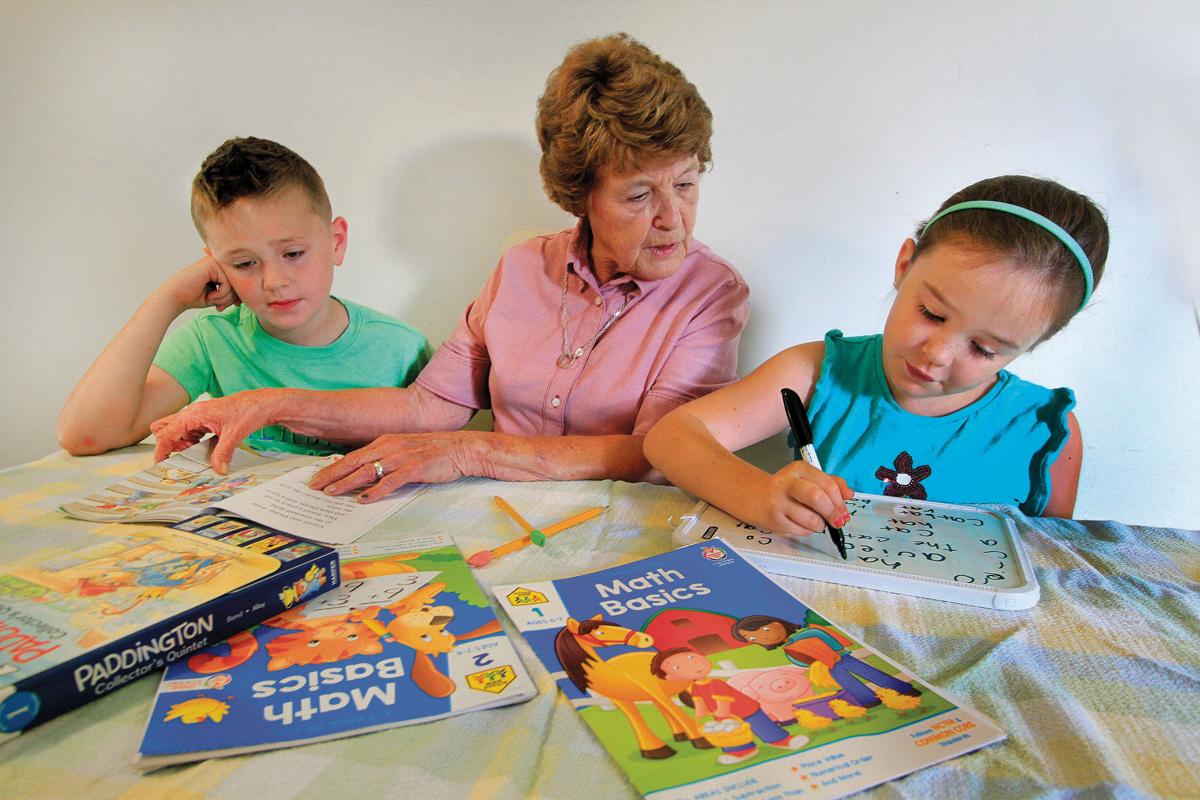 Norma Wyman tutors Oliver Owen, 8, and Ainsley Wellington, 7, in this file photo from 2018. 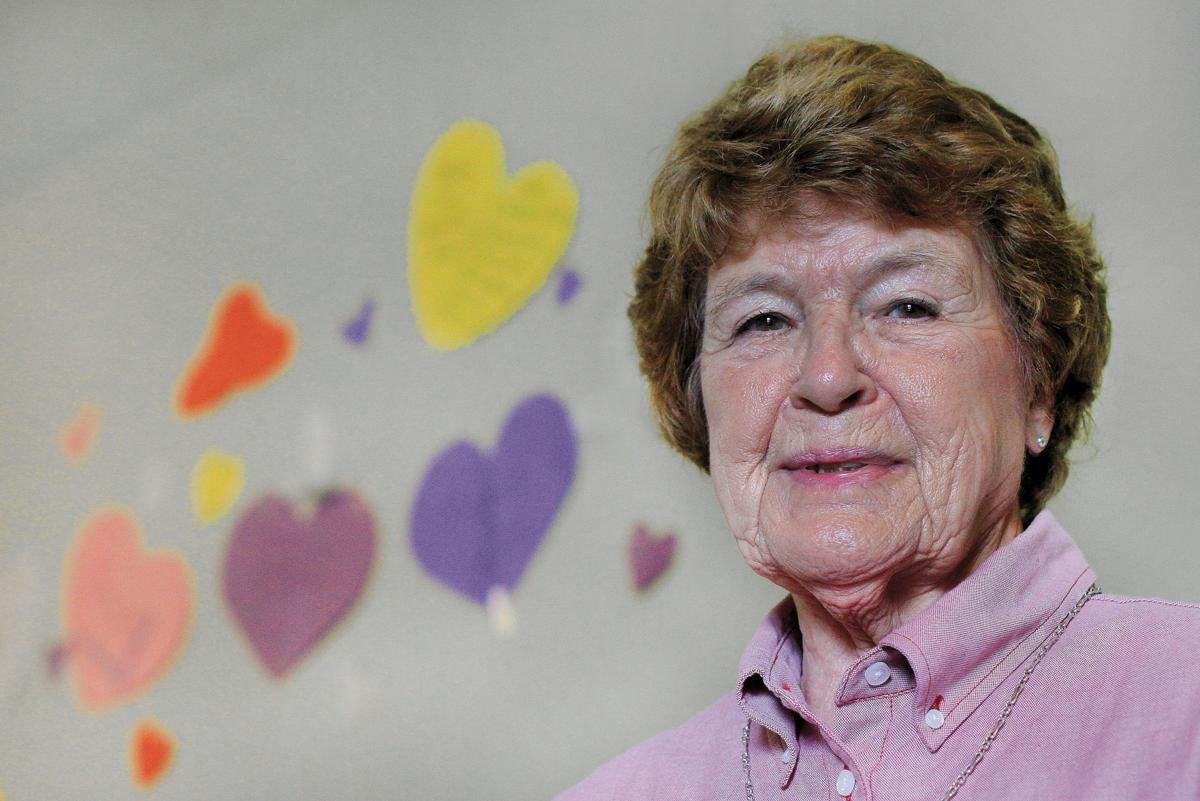 Norma Wyman tutors Oliver Owen, 8, and Ainsley Wellington, 7, in this file photo from 2018.

Norma Wyman has been teaching for most of her life, and, at 85, she has no plans to stop any time soon.

Wyman has had a long career as an educator, teaching multiple grade levels in multiple settings, including schools, day cares and even jail. And while she retired from teaching full-time more than 20 years ago, her love for the work has kept her in the classroom — first as a substitute teacher and now as a tutor at the Chesterfield School.

Wyman, who was born in Keene and has lived in the Monadnock Region her whole life, has resided in Spofford for more than 40 years. She raised her daughters in the area, Debra Beach and Terri Handy, who both still live locally.

Over the decades, she taught in both the Monadnock Regional and Keene school districts, starting her career at Mount Caesar Elementary School in Swanzey Center.

But before she started teaching, Wyman had to get an education herself, though going to college wasn’t always a sure thing for her. When she was younger, Wyman recalls, family members didn’t feel she was “college material” and instead wanted her to follow in the footsteps of other relatives and start a career in bookkeeping.

Becoming a teacher was something that occurred to her at a very young age, however, and the idea stuck with her.

“My 6th-grade teacher sort of planted the seed of being an educator in my mind,” Wyman said. “On the last day of school, she read a story predicting where every student in her class would be in 10 years, and she predicted that I would be a kindergarten teacher.”

After marrying her first husband in 1954 and having her children, Wyman was a stay-at-home mom for several years. When her younger daughter, Terri, started going to school, Wyman became acquainted with the principal at the Westmoreland School, who suggested she become a substitute teacher. But she was later told she wasn’t qualified enough.

So in 1963, she enrolled in Keene State College, where she earned a bachelor’s degree in elementary education. After that, she started working at Mount Caesar, where she taught first grade and readiness until 1977.

The district wanted her to continue her education, so in 1976, Wyman returned to Keene State and earned a master’s degree in special education the following year. She graduated at the same time that her eldest daughter, Debra, earned her bachelor’s degree.

“I was the first one to graduate with three tracks,” Wyman said. “I graduated with general special education, learning disabilities and behavior disorders.”

Debra Beach said her mother completed her education while raising her children and working full-time.

“I don’t remember her ever getting a grade lower than an A,” Beach said in an email. “She was offered a job even before she finished her student teaching because she was that good at it.”

After earning her master’s, Wyman returned to the Monadnock Regional School District, where she worked as a Title I coordinator for a year, and then spent the next decade with the district as a learning disabilities specialist.

She said teaching students with disabilities was particularly challenging during the earlier part of her career. One of the major problems for these students was being separated from their classmates, she said, adding that making classrooms more inclusive is one of the best things to ever happen in education.

“The problem with that was that you were overwhelming the resource rooms [where students in special education were assigned],” Wyman recalled. “The resource rooms would have 30, 35 students in one day ... But it just wasn’t a good situation because they were so overwhelmed. Now it’s perfectly different.”

After leaving the Monadnock Regional School District, she spent a year at Symonds Elementary School in Keene working with children with emotional disabilities in fourth through sixth grades, and then moved over to Keene Middle School, where she worked in the same capacity from 1989 to 1993. She stayed at the middle school until 1999, teaching special education and spending two years as the department chair.

Wyman said her favorite part about teaching over the years has been working with children, and discovering how they’re best able to learn.

“I like getting to know the kids,” she said. “You have to unlock the key to each child and find out what works for them and what doesn’t.”

After retiring from her full-time position in 1999, Wyman received a unique offer that gave her a chance to teach in an entirely different setting: the Cheshire County jail.

She spent about 10 years volunteering to tutor inmates there, helping nearly 100 of them earn their high-school diplomas or GEDs. She remembered her students at the jail as polite and hardworking and said they were often grateful to have someone to encourage and help them as they worked to further their education.

“I had one gentleman who came in with his GED book, and written all over it was ‘I can’t,’ ” she said. “I said, ‘You know, you need to take off that apostrophe-t, and it will say ‘I can.’ He was released before he got the results of his GED and asked me if I would mail it to him, and I did. He passed with flying colors. So he sent me back a thank-you note, and written all over the back of the envelope was ‘I can.’ ”

Wyman stopped volunteering at the jail when it moved from Westmoreland to Keene.

Throughout her career, her dedication to her profession has been recognized a number of times. Earlier this year, she received the Doris Barnes Retired Educator Lifetime Achievement Award through the N.H. Excellence in Education Awards Program.

Beach said that helping students improve their reading ability has always been a driving force for her mother, and that she enjoys watching them make progress. Over the pandemic, she noted, Wyman was able to help a student who was struggling to learn his vowels and get him to a second-grade reading level.

“I am very proud [of] her for all the people (kids and adults) that she has given a better chance at a better life through education,” Beach said in her email. “Many would not be where they are today without her help.”

Additionally, Wyman has published a pair of novels — one in 2015 and another in the spring of this year — and is working on a third.

She has also returned to a more traditional classroom setting. After serving as a substitute teacher briefly in 1999, she resumed that role at the Keene School District from 2009 to 2014.

But when she decided to stop subbing, it didn’t mean she was done teaching. After seeing a notice in the paper about the America Reads program, she decided to get involved as a reading tutor at the Chesterfield School. She continued to volunteer there until the COVID-19 pandemic began in earnest in the spring of 2020.

When she was no longer able to tutor at the school, Wyman began working at the day care run by her daughter, Terri Handy. But she said she’s looking forward to getting back to tutoring at the Chesterfield School just as soon as she gets the call.

“I’m looking forward to doing it for as long as I can,” Wyman said of educating others. “I’ll know when it’s time for me to stop.”

At a glance: Norma Wyman