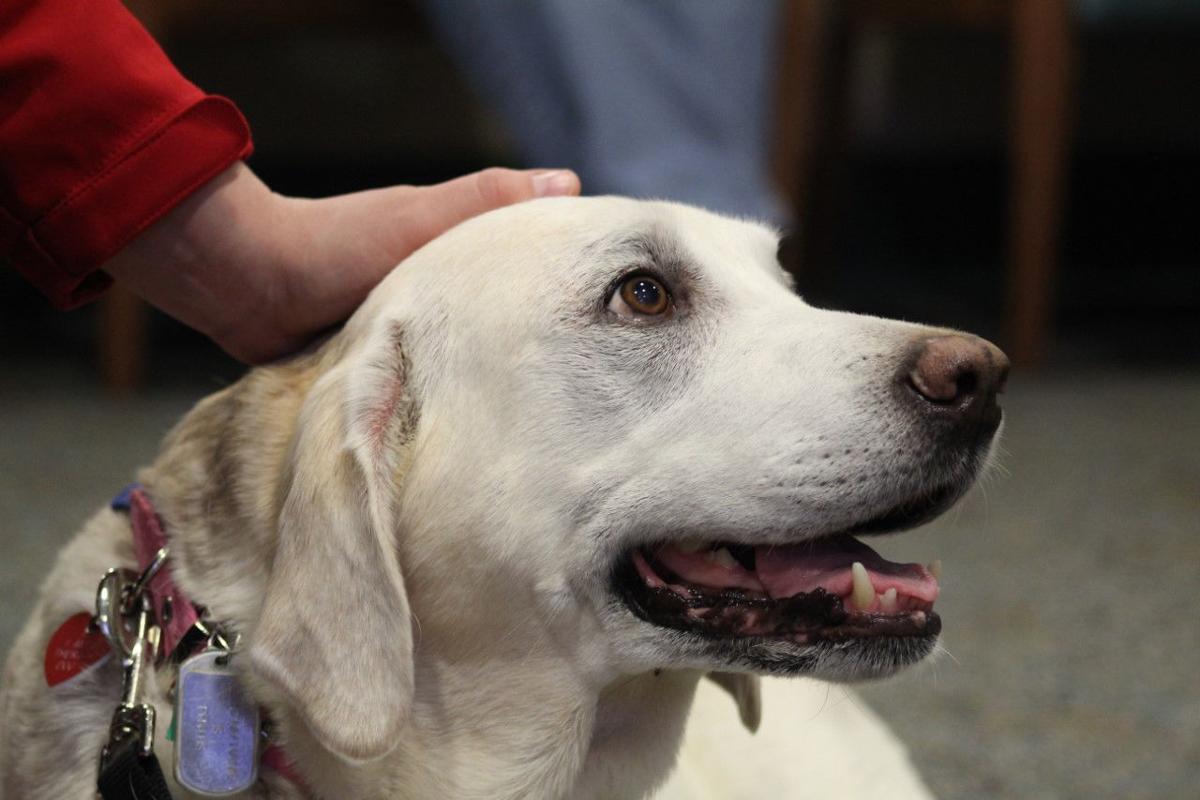 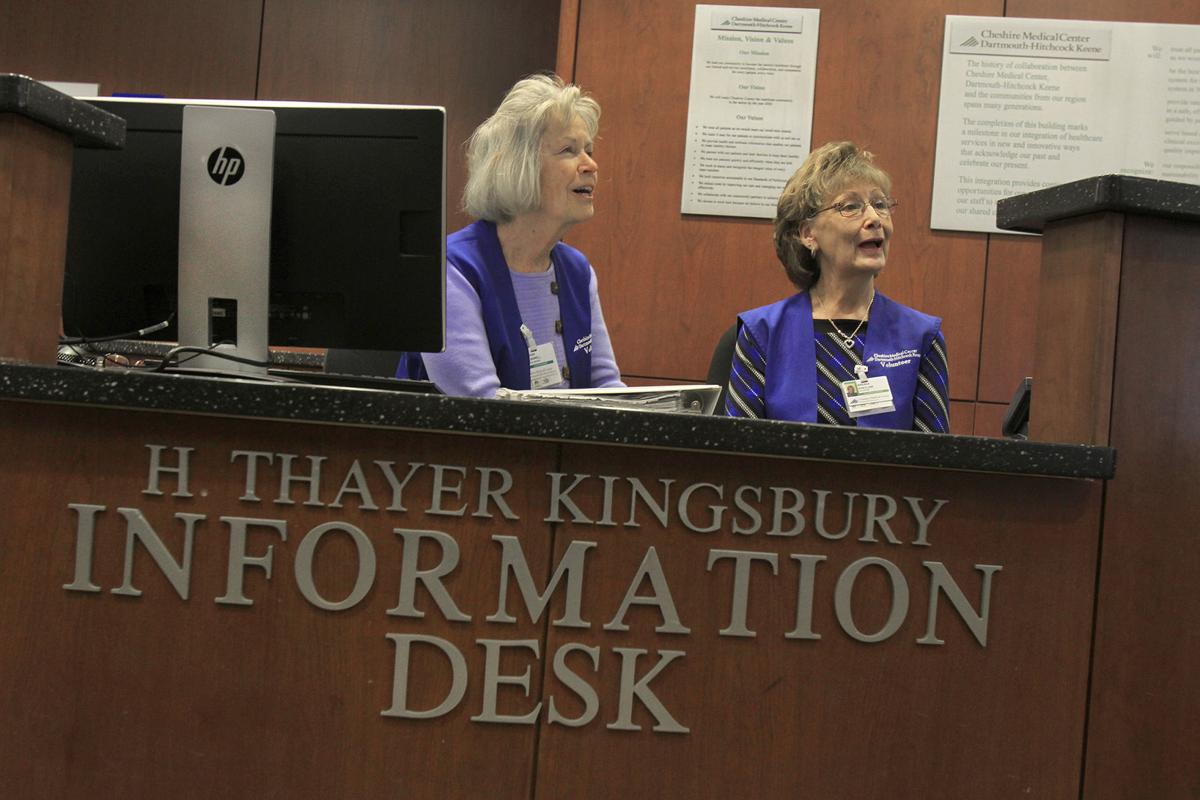 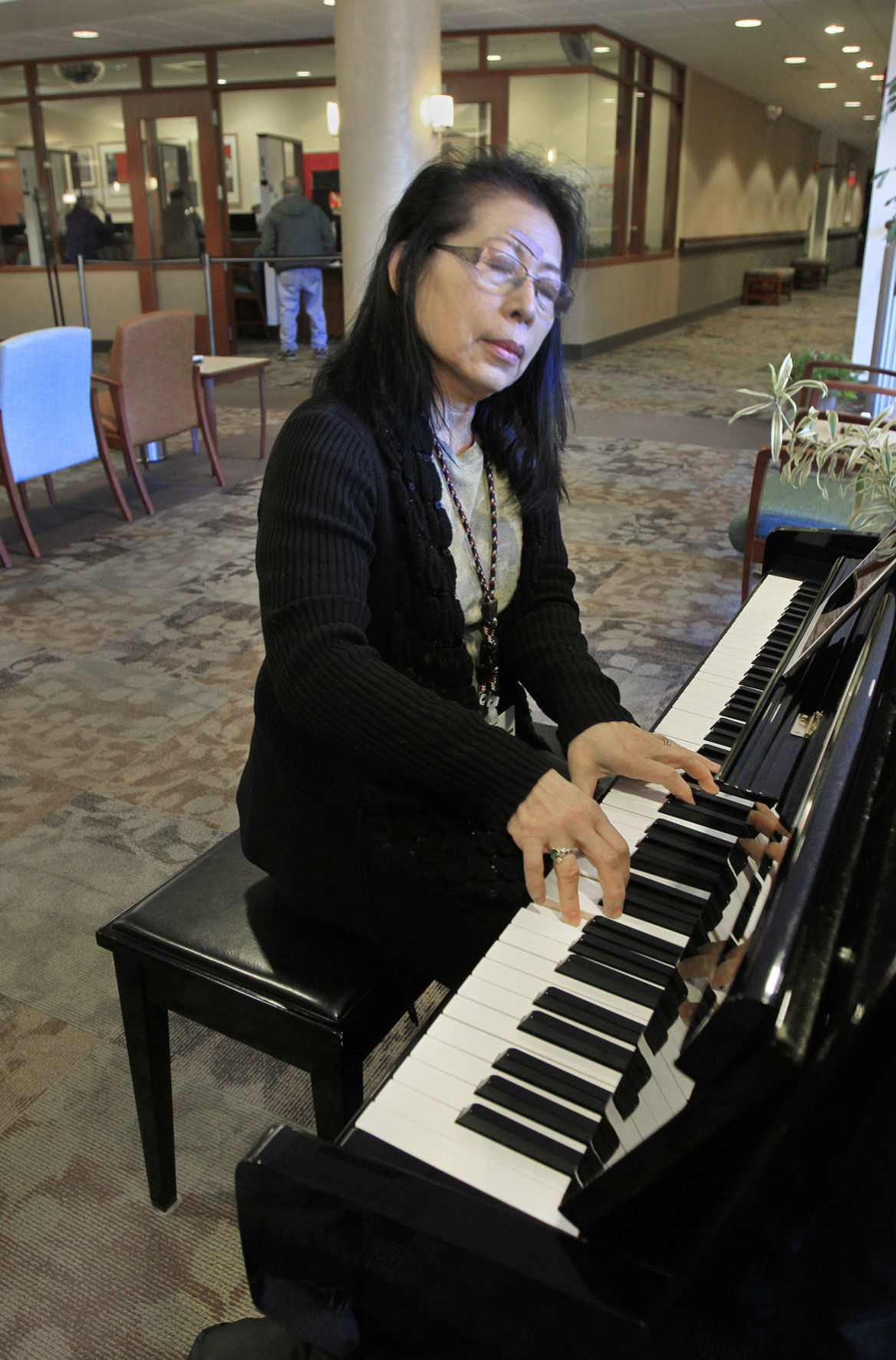 As patients waited in the main lobby of Cheshire Medical Center Thursday morning, the room began to fill with music.

Sylvia Ryder, 66, was playing her rendition of "Summer Time" on the lobby's piano, in an attempt to provide tranquility to the Keene hospital's patrons.

"That was lovely," one woman told Ryder. "In this environment, it lifts you up."

That feeling is the goal of Cheshire Medical's music volunteer program, which started about six months ago, according to Director of Volunteer Services Chris Scheffler.

"We really need to create an atmosphere of 'it's going to be OK,' and we have the volunteers here that are dying to do that," she said.

'They provide such inspiration'

Hospital volunteer programs are no longer solely associated with a patient's health. As notions of health and the delivery of care have transformed over the years, with more of a focus on mental as well as physical well-being, volunteers are playing a key role in supporting the evolution, according to the American Hospital Association.

In 2007, Cheshire Medical Center launched an ambitious initiative to make the Monadnock Regi…

Cheshire Medical, an affiliate of the Lebanon-based Dartmouth-Hitchcock Health System, has about 140 volunteers throughout 32 programs, with a handful focused on creating a better hospital environment, such as through pet and reiki therapy.

"Historically, I never understood what a volunteer did until I started working down here," said Scheffler, who launched the initiative to expand volunteer programs when she started in her role six months ago. "They provide such inspiration, such happiness ... I thought we need more [of these] out-of-the-box kind of things."

It's all about finding the right position for potential volunteers, she added.

Ryder, a classically trained pianist who retired recently from a career performing in New York, was longing to find ways to keep playing.

She stumbled across a sign on the lobby's piano asking for volunteer pianists back in October when she was at Cheshire Medical with her husband, Joe, for a procedure.

Now, she is one of five volunteer pianists at the hospital.

"I felt like I needed to find something to play, and this is great," said Ryder, of West Chesterfield. "Patients come here, maybe they feel sick, but then they feel hope."

In line with lifting patients' spirits is the hospital's long-standing pet therapy program, which started in 2003. There are three therapy dogs — Buddy, Frankie and Phyllis — who circulate throughout the hospital weekly. Patients and departments can also request visits.

Phyllis is owned by Timothy Coronis, an optician at the hospital's optical shop.

Once a week, Coronis, of Keene, gets his 10-year-old yellow Labrador from home during his lunch break to make her hospital rounds.

The pair started volunteering at the hospital in 2018, but Coronis said Phyllis has been a certified therapy dog for about four years.

"It came out of having her interact with people," he said. "We really saw her break the ice with some folks."

When Phyllis walked into the radiology department Thursday, it was as if she took a weight off the patients' shoulders. The room felt lighter as she walked from patient to patient, stopping for pats and admiration.

"She loves it," Coronis said.

Aside from boosting morale, some volunteers, like doulas, work very closely with patients.

A doula is a trained companion — not a health care professional — who gives guidance and support to a pregnant woman before and during labor.

Katie Anderson, 68, of Surry, became a doula in 2001, when the hospital began offering its training courses.

Anderson said the hospital's doulas are requested by patients, so the volunteers are on call four days a month for when they are needed.

"Our whole mission to make sure mom is cared for and gets what she needs," she said. "It's just part of who I am."

Other volunteers are focused on keeping the hospital running smoothly, such as information desk volunteers Diane Caswell and Brenda Kerylow.

The desk is manned by two people, answering any and all questions the hospital's patients or their loved ones may have.

Caswell — who was an operating-room nurse at Cheshire Medical for 44 years — said she didn't realize how busy the job was until she started doing it.

"You never know what's going to go on, but you learn how to handle it," she said. "I think helping people and just saying, 'Good morning' to them, it means a lot."

With this in mind, Scheffler said she hopes to have a greeter volunteer position available soon to focus on welcoming people as they arrive and helping them find their way around the hospital.

She added that she plans to keep expanding volunteer services to improve the overall hospital experience.

"I want to continue bringing in more of this," she said. "There are so many needs in other areas that we haven't even touched upon yet."

To learn more about Cheshire Medical Center's volunteer services, or to become a volunteer, call 354-5499. Those interested can also stop by the volunteer services office, located inside the hospital, at 580 Court St. in Keene.