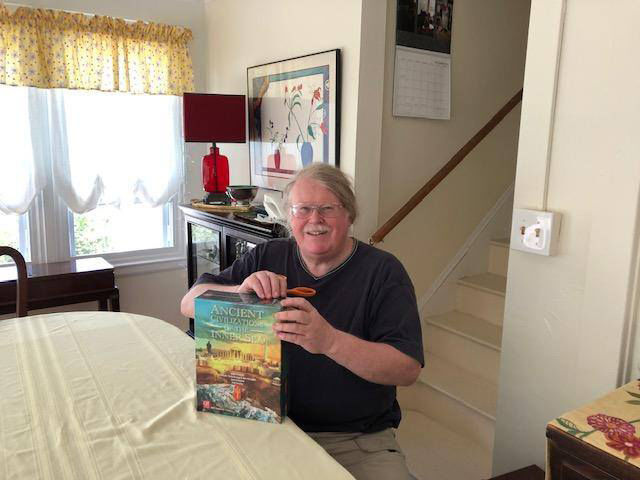 Mark McLaughlin, with one of the many board games he’s developed. Like writing, board games have been a key component of his life since he was young. 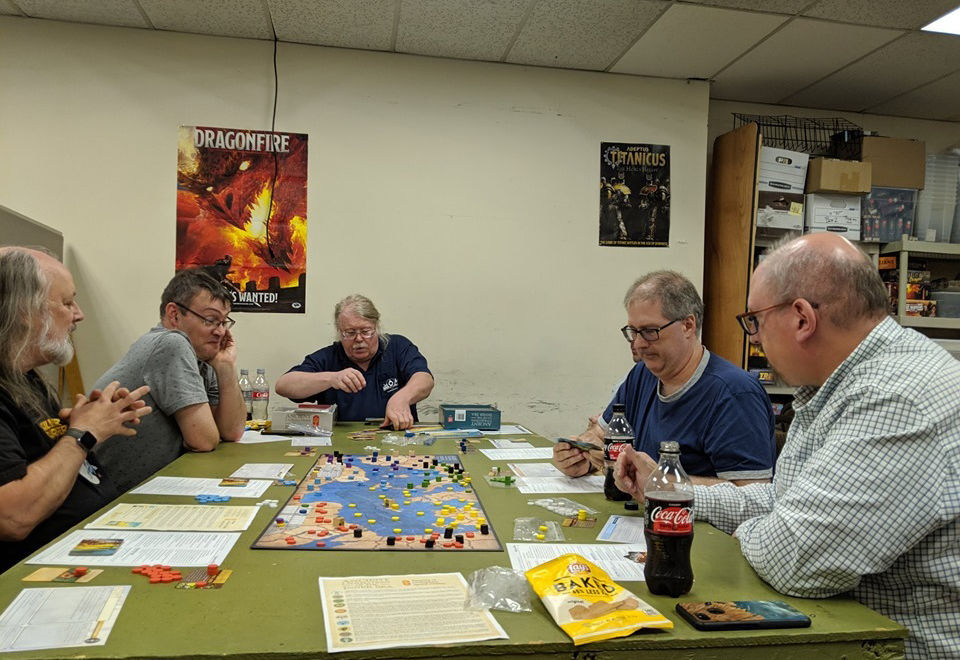 Mark McLaughlin, center, at head of table, teaches one of the board games he developed to others at a game store.

Mark McLaughlin, with one of the many board games he’s developed. Like writing, board games have been a key component of his life since he was young.

Mark McLaughlin, center, at head of table, teaches one of the board games he developed to others at a game store.

At 67, the Albany, N.Y., native has published a pair of history books — one on the U.S. Civil War and one about Irish soldiers who fought in France and Spain during the Elizabethan Era — and is gearing up to release the fourth book in his fictional “Throne of Darius” series. McLaughlin has also channeled his fascination with ancient and military history into 26 board games, with two more expected to be available for sale this year.

“I like to read adventure stories,” he said. “And so I’ve read so many, why not create my own?”

Writing has been a part of McLaughlin’s life since he was a kid, when he sold his first piece of writing — a poem — at age 14. His interest in ancient civilizations started early as well, when he and his long-time best friend, Antonino Domenico Amoroso, would get together and watch television shows about Hercules.

McLaughlin later attended Georgetown University in Washington, D.C., where he earned a Bachelor of Science in foreign service. He and his family — which includes his wife, Cheryl Hibbard, adult son Campbell McLaughlin, who now lives in Oregon, and adult daughter Ryan McLaughlin, who now lives in Athol, Mass. — lived in various parts of the eastern U.S. before he and his wife settled in Peterborough in 2014 after determining it was a solid halfway point between where their children were living at the time.

Over the years, McLaughlin worked for various news organizations, including The Associated Press, where he served as a copy boy when he was young. He eventually became a dictationist, someone who transcribes interviews for reporters. Later, he landed a job at the Foreign Broadcast Information Service, which was in Washington, D.C., a now-defunct branch of the CIA that worked to monitor news sources from other countries.

“As an editor, I would have a staff of translators who would listen to this and tell me what the stories were, I’d pick the best stories, edit them and send them out,” he said. “I did that for a couple years, but I’m a lousy editor.”

In an effort to focus more on writing, McLaughlin ultimately left that position and went to work as a ghost writer for an information clearinghouse, a job he held for 32 years, covering war and terrorism. He said he wrote 175 pieces related to the war-crime trials in the Balkans as a ghost writer.

Though he’s been writing and publishing books for decades, McLaughlin said he continued to work as a journalist — including a stint at the CBS affiliate in Hartford, Conn. — up until about two years ago, when he decided it was time to focus on his other projects. And he’s been busy since then.

The fourth installment of his independently-published “Throne of Darius” series — which is set to span eight books — will become available later this month, with work already started on the fifth, McLaughlin said. The historical-fiction series looks at Alexander the Great through the eyes of those he fought to conquer. McLaughlin said he was sick of reading praise about a man he described as a bully, a warmonger and a tyrant.

“I wanted to show the point of view of Greeks and Persians who fought against him,” McLaughlin said. “The victors write the history. Alexander was never called ‘the great’ until the Romans did it. ... There was a Roman author who did it as a joke in a play. That really stuck.”

He’s also been working on several games recently, though he said he’s experienced some delays in getting them ready to hit the market due to supply-chain issues caused by the COVID-19 pandemic. Like writing, board games have been a key component of McLaughlin’s life since he was young, when he spent lots of time playing board games with his grandparents, Louis Raab and Lillian Lane Raab.

McLaughlin said he first started developing games in 1980, completing more than two dozen since, working with companies like GMT Games and others. His next two games, which he said will be completed this summer, are called “Ancient Civilizations of the Middle East” and one about Hannibal (the ancient Carthaginian general, not Anthony Hopkins’ character in “The Silence of the Lambs”).

He added that he’s also in the development process for another game, which would bring his total to 29 completed board games. Links to purchase his games, and his books, can be found on McLaughlin’s website at www.markgmclaughlin.com.

McLaughlin said he’s always enjoyed playing board games, but would sometimes find things he wished he could change about them, or that he wants to play a certain kind of game that doesn’t quite exist. So, he makes them up himself.

But for as much time as he spends on his creative pursuits, he said the lengthy process of research is the most important part of his job, saying the research he’s done for his books has even inspired some of his games. While many of his characters are fictional, he said, their stories are true to those of actual people, places and events.

“There’s a lot of fact in my fiction,” he said. “I base everything on historic documents and history events. I have piles of books here from historians, ancient and modern. I do the work, I put in the time.”

At a glance: Mark McLaughlin