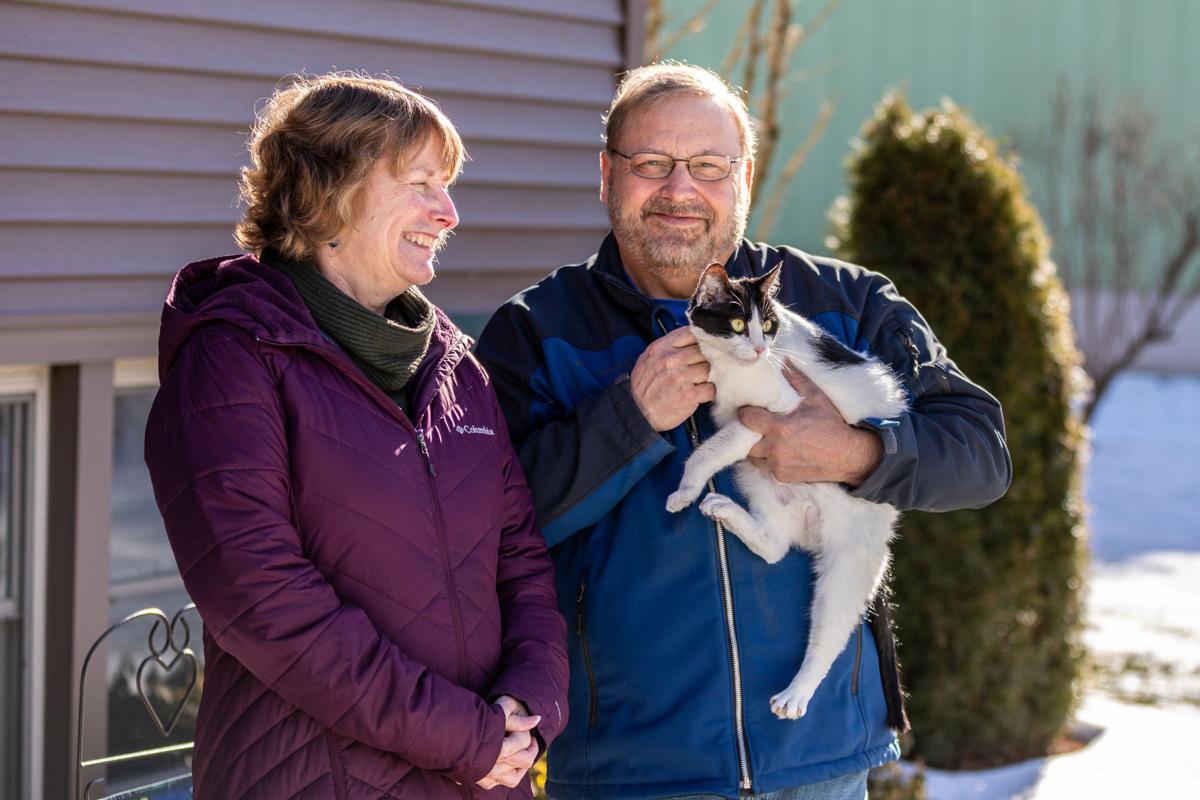 Holly and Gary Lamoureux of Keene, shown Friday with their cat, Addy, both survived COVID-19. 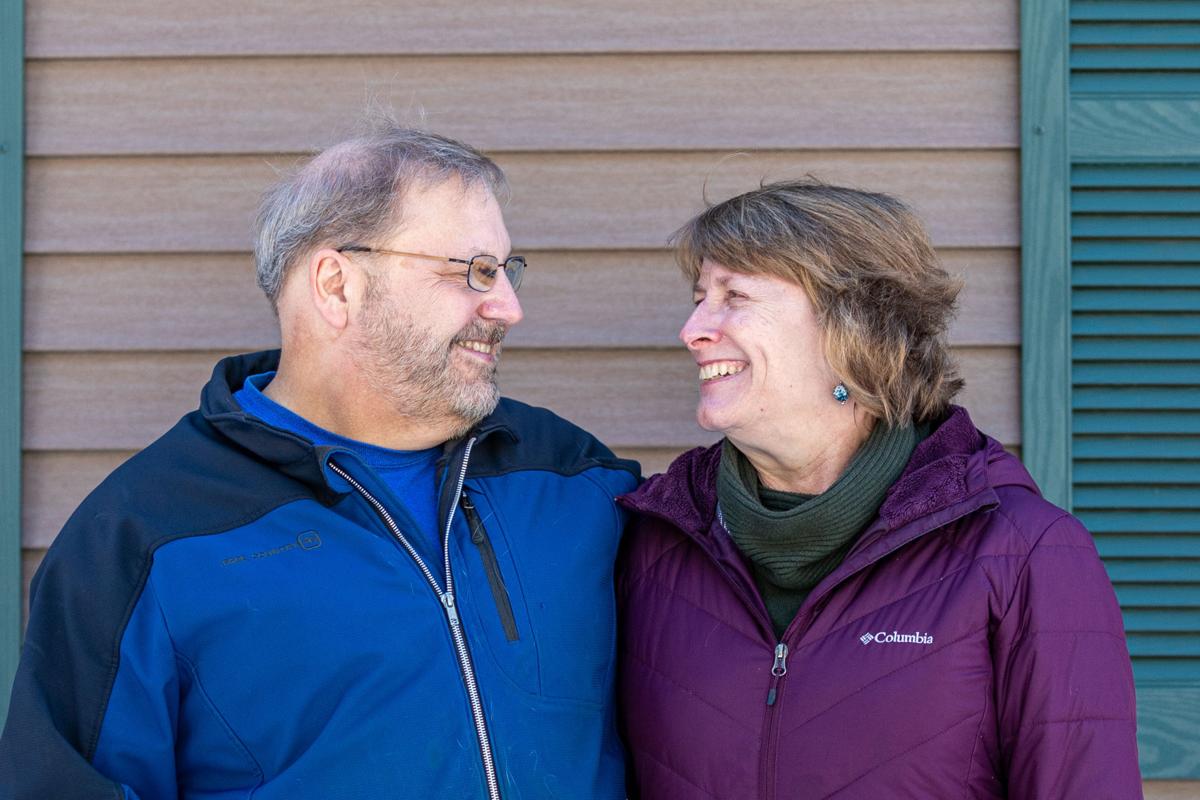 Holly and Gary Lamoureux of Keene, shown Friday with their cat, Addy, both survived COVID-19.

In his 35 years with the Keene Fire Department, Gary Lamoureux became familiar with life’s fragility.

The lifelong Keene resident, 60, who spent a decade as fire chief until his retirement in 2013, said he was recently reminded of that lesson, during a chilling bout with COVID-19 that left him hospitalized for nearly a week.

Lamoureux, who also served two consecutive terms as a city councilor from 2016 to 2020, said he developed a runny nose, sore throat and a cough several days before Thanksgiving.

“I don’t know if I suspected it was [COVID],” he said Thursday. “I was hoping that it wasn’t.”

But after emailing his physician at Cheshire Medical Center, Lamoureux visited the facility on Nov. 24 to get tested. His result came back the next day: positive.

Lamoureux still has no idea how he contracted the airborne virus, explaining that he and his wife, Holly, followed social-distancing protocols and had deliberately avoided crowded, indoor spaces since the spring.

They moved to separate sides of their Rockwood Road home once Lamoureux received his positive test. He said he started feeling stronger symptoms, including a complete loss of energy, the following day, Thanksgiving.

That arrangement — with Gary living at one end of the house and Holly at the other — continued until Dec. 2, when he heard a loud crash in the bathroom.

Holly, 60, had passed out and collapsed to the floor. She was taken by ambulance to Cheshire Medical, where doctors diagnosed her with COVID-19.

About an hour later, Gary needed his own medical transport to the emergency room because he was having trouble breathing. Hospital staff considered keeping the couple at the facility overnight but eventually discharged them the same day, he said.

The next day, he found himself gasping for air after walking up a flight of stairs at his house.

He said he spent the first 48 hours of what turned into a five-day stay at Cheshire Medical on supplemental oxygen. He also received doses of remdesivir, a drug that interferes with further production of the virus, according to the National Institutes of Health, and a steroid to stabilize his immune system.

As the first serious illness he has battled since 1985, when he had the flu, Lamoureux said COVID-19 was particularly worrying because of how little is known about the disease’s long-term effects.

Lamoureux said he was moved from the intensive-care unit to a different ward at Cheshire Medical, where he shared a room for a couple days with another man who had been diagnosed with COVID-19. (Federal data show roughly one in five ICU beds in New Hampshire have been occupied by COVID patients since mid-December, according to reporting by N.H. Public Radio.)

Praising the medical staff for their “compassionate” treatment, Lamoureux explained that “they were always smiling and … asking what we needed.”

He spent much of his hospital stay sleeping and also called Holly, whose symptoms were limited to fatigue and achiness, multiple times a day, even using the hospital phone after his cell died. The couple’s sons — Daniel, 29, and Jonathan, 27 — and friends also brought meals to her, leaving their deliveries on the doorstep.

“It was good for me to know that somebody was taking care of Holly,” Lamoureux said. “That was my biggest worry, that she was home by herself.”

Jonathan also picked up extra servings of food for their cat, Addy, 13, from Westside Animal Hospital in Keene.

Lamoureux was discharged from Cheshire Medical on Dec. 8 without a fever and returned home to Holly, whose condition had also improved by then. He said the couple was cleared by a doctor to end their quarantine 13 days later.

Still, Lamoureux has been less active than usual as he continues to regain his strength, he said, since he normally stays busy by doing car maintenance at Walier Chevrolet and shoveling his neighbors’ driveways in the winter.

This year, however, his neighbors returned the favor — clearing his driveway during recent snowstorms. Many others reached out to wish him and Holly well, and friends from Massachusetts even delivered a Christmas tree.

“It shows you what kind of place we live in,” Lamoureux said. “… Everybody just came out of the woodwork to help out.”

Gary and Holly could have COVID-19 antibodies for up to three months, he said a doctor told them, so the couple will have to wait until then before receiving the vaccine. Both plan to get inoculated, and he urged others to do the same, pointing to the new viral strain that health experts believe is even more contagious, while acknowledging that it is a personal choice.

In the meantime, Lamoureux — who said he feels fortunate to have needed only supplemental oxygen — said everyone must exercise caution and take seriously the dangers that he and Holly learned personally.

“Please wear a mask if you can’t socially distance,” he said. “It’s not just about you — it’s about everybody.”