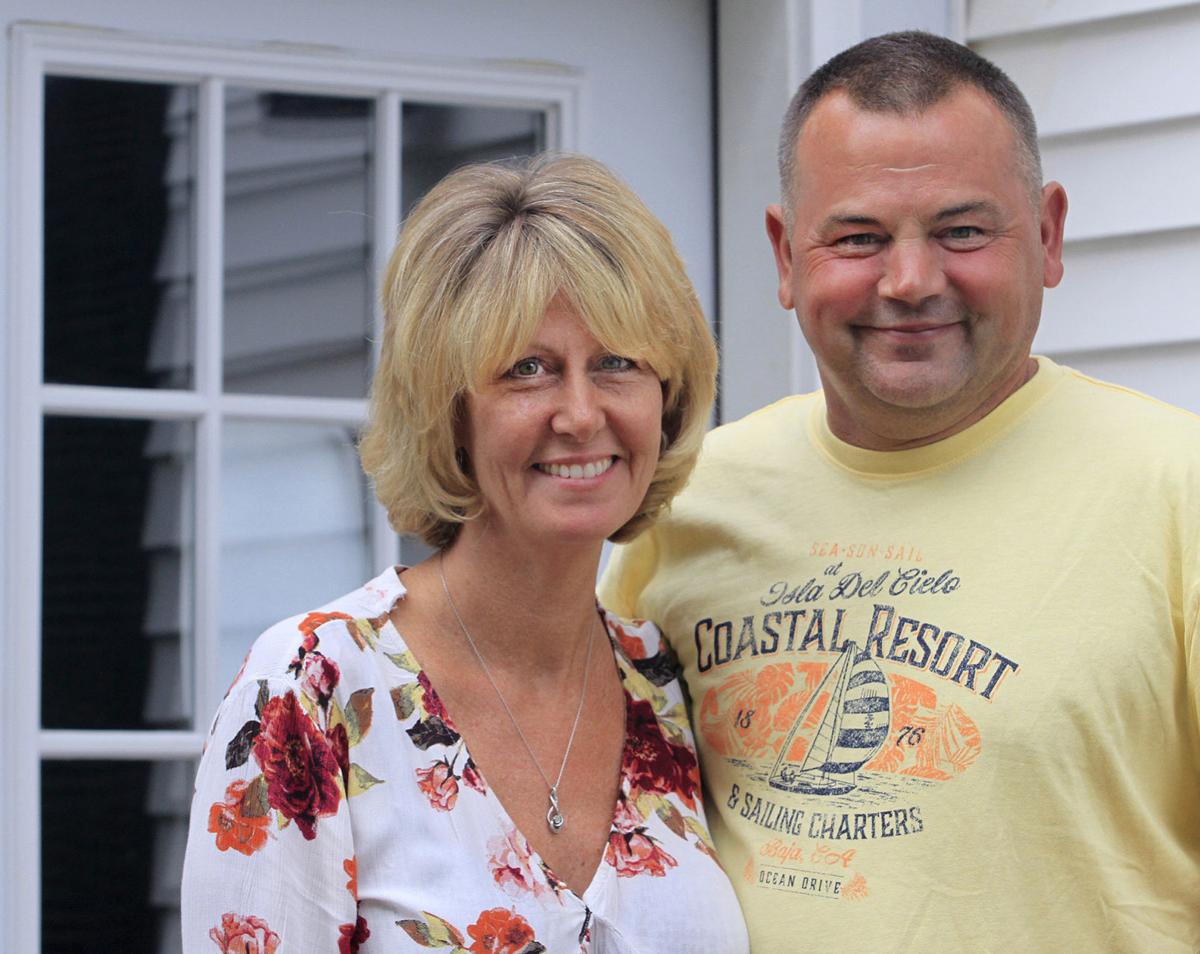 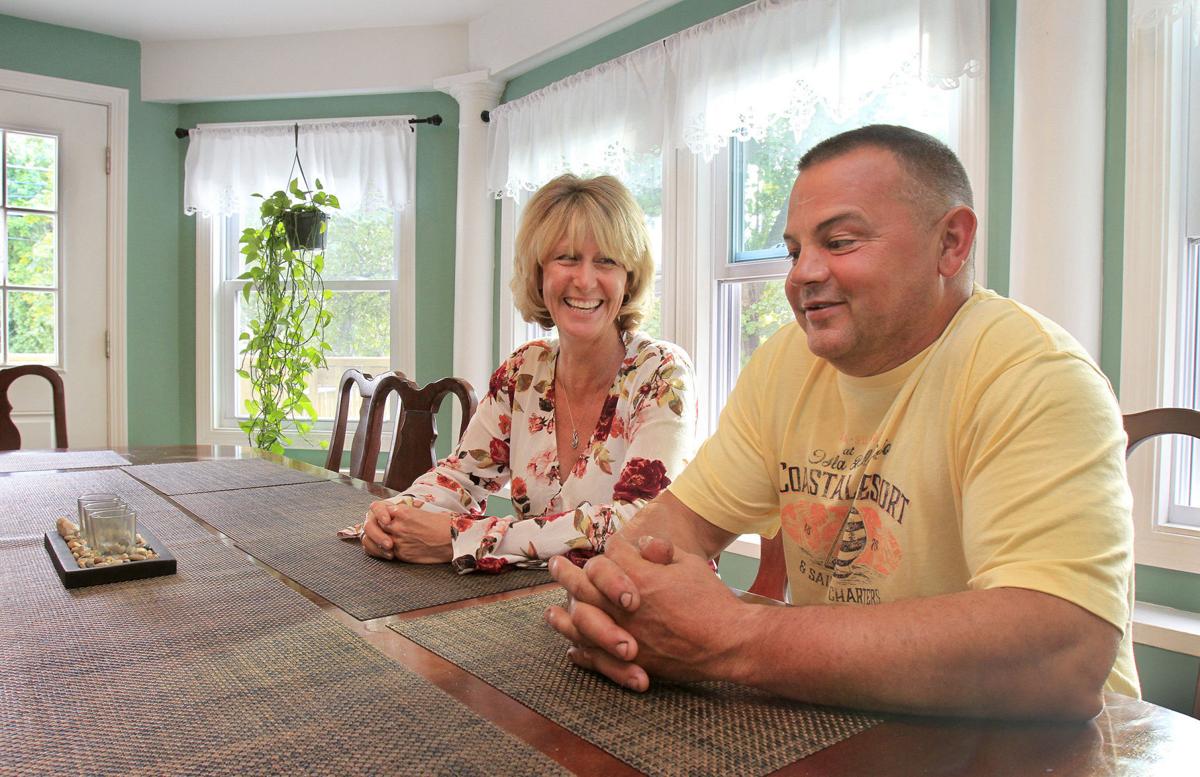 Suzanne and David Boisvert of Winchester at Prospect House in Keene, a sober home they opened last year.

Suzanne and David Boisvert of Winchester at Prospect House in Keene, a sober home they opened last year.

Before Suzanne and David Boisvert turned the place into Prospect House, a sober home for people in recovery, they’d rejected a farmhouse in Winchester as too costly to upgrade. They’d faced vocal neighborhood opposition to their plans to start a rehab facility on Court Street in Keene. Their bid to occupy a former halfway house near the county jail had been passed over.

But it ultimately worked out for the Winchester couple, who opened Prospect House — at the time, Keene’s only sober house — last October.

“It actually worked out better to be in Keene, downtown Keene, for the guys,” David said. “... Now we have all these guys working around the city, and it’s great, ’cause they can walk, they can do whatever they want.”

Suzanne, 51, and David, 53, operated the Winchester Speedpark for a decade and a half before selling it in 2017 and moving into the recovery-services field — driven in part by their own experience with their son Christopher’s decade-long struggle with opioid addiction.

Prospect House is not a clinical treatment provider, but a living environment designed to support people in recovery through structure, accountability and peer support, Suzanne said.

“You really need a high level of motivation and independence to live here,” Suzanne said. “I’m not gonna strong-arm anyone into recovery. All I’m offering is a safe place with some parameters.”

Looking for a challenge

It was a previous business venture that brought Suzanne and David — who met in high school in Groton, Mass. — to the Monadnock Region.

David had raced motocross for 15 years, and eventually decided he wanted to own a racetrack. They spent a couple of years looking at properties in Massachusetts and New Hampshire where they could build one.

“Well, failing as no one wanted it in their backyard,” said David.

Eventually, the owner of the Winchester Speedpark on Route 10 contacted them, looking to sell. They bought it in 2002 and started fixing up the small dirt track.

“We raced with a club who used to bring tons of people,” David recalled. “… Probably 2,000 people were at an event. So we were like, this is gonna be a home run. But it took a long time for us to get people to come to us. I think our first race we had 47 entries or something.”

David wanted to expand the park and build a proper motocross track — a big, outdoor course more than a mile long. A friend agreed to sell them land across the road. The Boisverts built the new, larger track there, and put in other infrastructure. After years of work, the Speedpark became a thriving business, eventually hosting a regional championship race that drew some 5,000 people. But, David said, they were starting to feel like it was time for a new challenge.

“We had it all done, it was just maintenance, and I was like, ‘It’s not really as fun as it was before,’ ” he said.

And Suzanne had an idea she wanted to try.

Like so many families, the Boisverts have confronted addiction personally. Their son, Christopher, came to them in 2006 and said he was addicted to OxyContin pills.

“We didn’t know anything about it,” Suzanne said. They visited doctors and brought Christopher to a rehab facility in Canada. “We dropped him off at a place six hours away,” Suzanne said. “And we thought that that was gonna be it.”

It wasn’t. Christopher struggled with substance misuse for more than 10 years, she said. He landed in jail a couple times and overdosed three times. “Narcan saved him three times,” Suzanne said, referring to a drug that counteracts the effects of an opioid overdose.

After one of those overdoses, in 2012, he spent 11 days on life support, according to his mother.

“He miraculously woke up,” Suzanne said. “... And he got all the way well, and used again. And that is when I knew that this was a disease. Because nobody in their right mind would do that to themselves.”

Christopher, also a Winchester resident, said his mom never gave up on him, despite all he put her through. “Without my mother, I wouldn’t be alive,” he said.

Through all this, Suzanne said she learned the area didn’t have all the necessary services to support someone like her son through different phases of recovery. After rehab, she said, “They always tell you, ‘Try to go to a sober house, try to go to a safe place, try to change your surroundings.’ ” But she couldn’t find a local option. Once, she brought Christopher to a sober house in Lowell, Mass.

“It was dingy, it was smoke-filled, it had sparse furniture that was really old and decrepit,” she said. “The people in there were not healthy or friendly, and I — it broke my heart to leave him there.”

Those experiences motivated the project that eventually become Prospect House. As with the Speedpark, the journey was lengthy and had several false starts. First, Suzanne and David eyed a 54-acre property with an old farmhouse, a short distance from the Speedpark on Route 10. The Winchester Planning Board approved their plan in 2017, but they abandoned the site after discovering the sprinkler system would cost $100,000, Suzanne said.

Next they turned to Prospect Place, a sprawling former assisted-living home on Court Street in Keene.

At the time, the Boisverts hoped to build a facility that would fall under what the American Society of Addiction Medicine calls “clinically managed low-intensity residential services.” As Suzanne explained it, the idea was for a residential environment that offered some clinical services like counseling. She said it would fill a gap between intensive, 28-day rehabs and sober homes that lack a clinical component.

But their proposal sparked significant pushback from some in the neighborhood, who voiced concerns about a substance-use treatment facility opening in a residential area not far from schools, and potentially lowering property values.

Suzanne said she found the criticism misguided and frustrating.

“Like, that’s my son. They don’t want my son as a neighbor?” she said. “People here are all drug and alcohol free right now,” she continued, referencing Prospect House. “They’re trying to do better. They’re literally trying to have a better life.”

After the Keene Zoning Board of Adjustment denied a key part of the Boisverts’ plan, in January 2018, they turned elsewhere. As they looked into other properties, the plan evolved from a residential treatment facility to the sober home that opened as Prospect House last year.

On Thursday, the couple sat at a long, oval table in the house’s dining room. Natural light filled the room, and signs with motivational slogans hung from the sea-green walls. A box of Narcan, the overdose-reversal drug, was affixed to one wall. A dog puttered around.

David did the remodeling after they purchased it in May 2018, Suzanne said.

“I really wanted to do something that felt like home, and to me that was important,” she said, recalling the dreary place in Lowell.

At least two other sober houses have opened in Keene since — another men’s home, operated by Manchester-based Live Free, and House of Hope, a Christian faith-based program for women in recovery.

Suzanne says she still sees a need in the region for stable living options for people in recovery, as well as the sort of residential treatment program she originally envisioned. At one point, she and David were considering a second home, for women, but she said they’re too busy with Prospect House now. It’s Suzanne’s full-time occupation; David, who works in construction, also pitches in.

“They’re just really supportive, understanding people,” said Marc Brindisi, one of the residents. “They understand addiction and what that means.”

He called Prospect House “phenomenal” for those who are serious about their recovery and take responsibility. It’s a supportive environment, he said — “a fellowship of men that want to do the right thing.”

Suzanne said that sense of community is essential.

“You know, the new saying that’s out there now is, ‘Connection is the opposite of addiction,’ ” she said. “… What this place mostly offers for everybody is, it’s a connection. If they have a bad day, they can talk about it.”

At a glance: Suzanne and David Boisvert