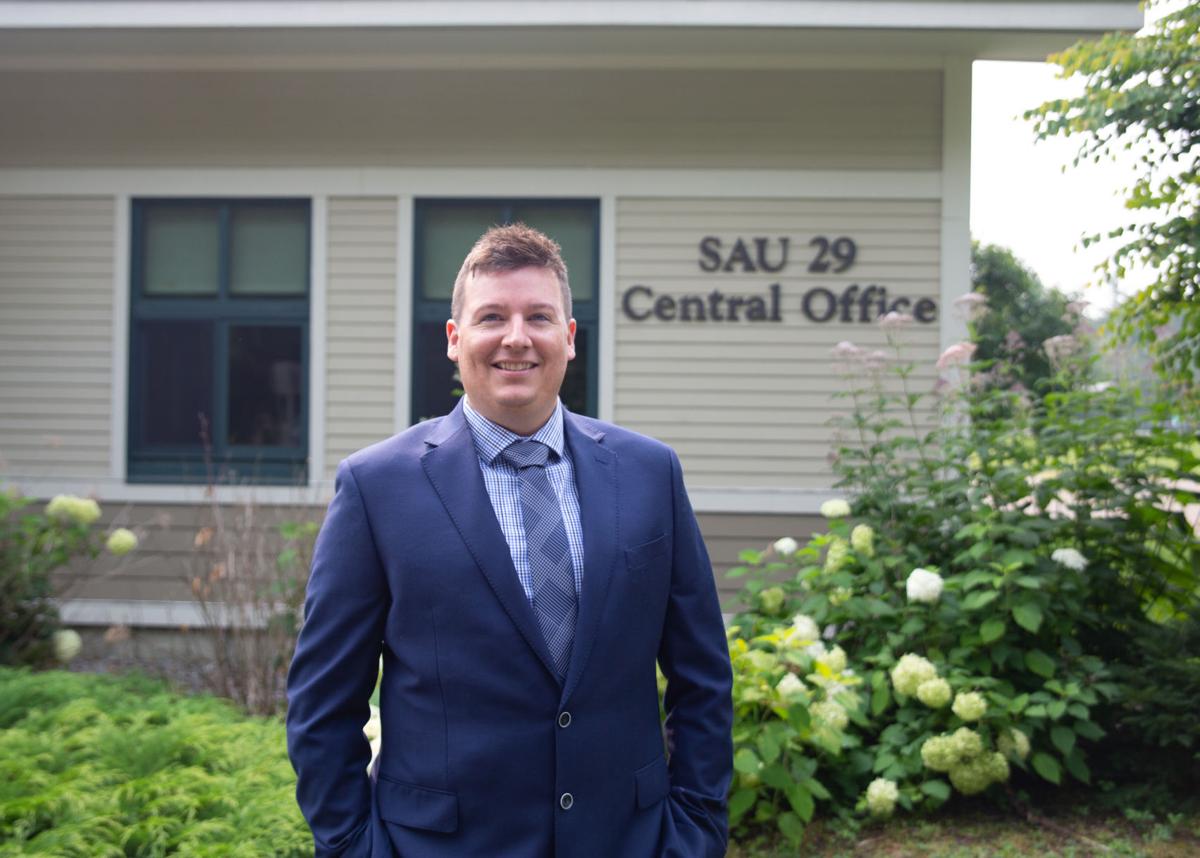 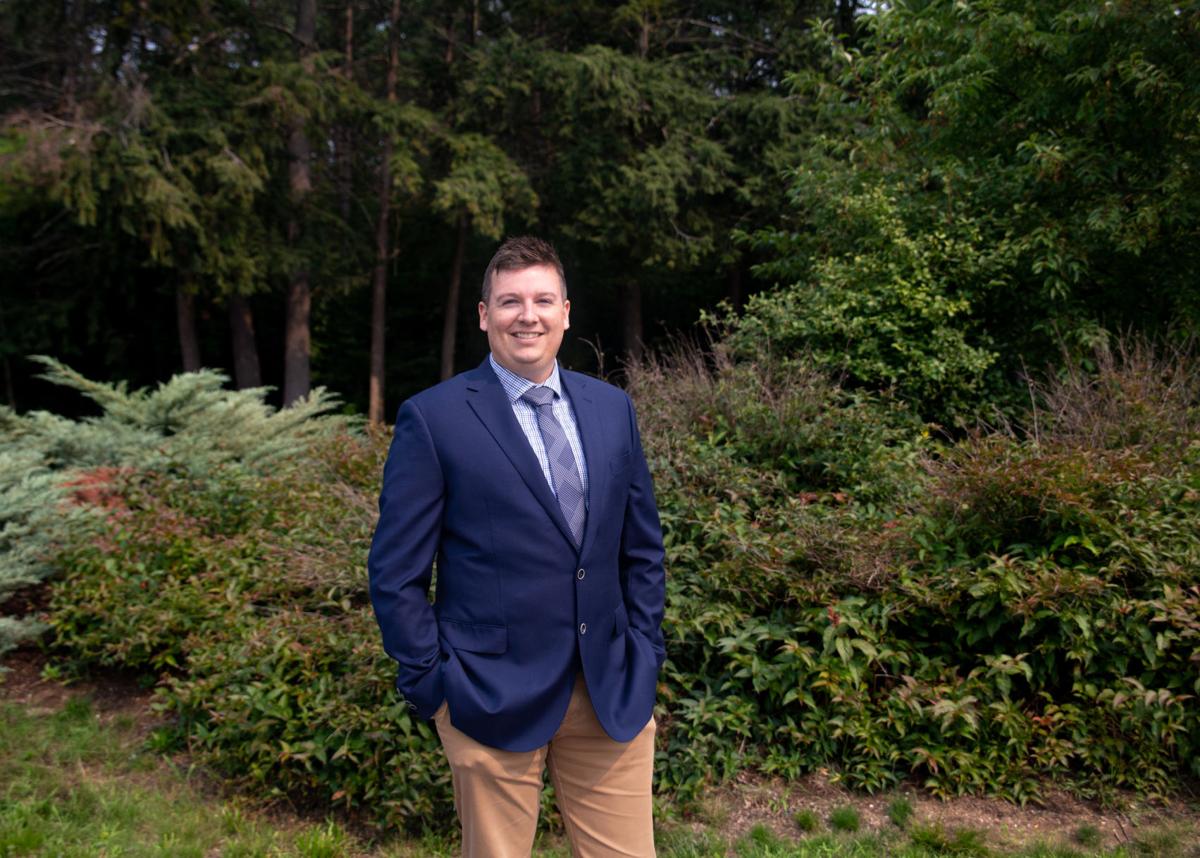 Ben White has moved around quite a bit.

The 36-year-old was born in Florida and spent part of his childhood in Tennessee before moving to Maine for his high-school and college years. After graduating from St. Joseph’s College of Maine in Standish, he launched an educational career that began in Salem, N.H., and has taken him to several school districts in Vermont. Most recently, he worked as the director of curriculum, communication, innovation and virtual learning at the Mount Mansfield Unified School District in Jericho.

But now, White, who started earlier this month as an assistant superintendent of N.H. School Administrative Unit 29, said he and his wife, Liz, are ready to settle down in the Monadnock Region.

“I loved my job in Vermont. We loved where we lived in Vermont,” White said. “But we were at the point where I want to be able to raise a family and be putting down roots and be invested in the community. And I’ve always had the dream to be invested in the same school district that I’m leading.”

White, who also earned a master’s degree from St. Joseph’s and a doctorate of education from New England College in Henniker, envisions making that dream a reality in Keene, where he and Liz moved in June. And while they love the area for its quintessential New England charm, White said, he was also intrigued by what he views as the unique opportunity of helping lead an organization like SAU 29 — which covers Chesterfield, Harrisville, Keene, Marlborough, Marlow, Nelson and Westmoreland.

“Primarily, we really love the area for where we want to be,” he said. “But also, professionally, I found it to be an area that will challenge me for many, many, many years. I feel like there’s never going to be a dull day.”

There hasn’t been one so far, White said, even though the new school year is still a little over a month away. In White’s first month on the job, SAU 29 Superintendent Robert Malay said, White is focused on seeking to understand the communities with which he’s working.

“It’s a big SAU to wrap your hands around, when you have seven different districts with all of the different budgets and the policies and the boards,” Malay said. “It’s a lot to fully digest and absorb, and it takes a little bit of time.”

To get started, White said he wants to prioritize building relationships with the students, staff and families of SAU 29.

“I don’t come with any hidden agenda or any initiatives that I want to push,” he said. “I really want to learn about all that’s happened in this supervisory union, and making sure that work moves forward.”

White succeeds Dotty Frazier, who retired at the end of this school year after 37 years with SAU 29, including stints as principal at Wells Memorial School in Harrisville, Franklin Elementary School in Keene and Keene Middle School before becoming an assistant superintendent in 2017. Even before White officially started his new role July 1, he began meeting with Frazier.

“And she was an encyclopedia of history, practices,” White said. “And the way I would describe her is she was kind of like the glue that kept a lot of things together. She was doing so much. So, I’m excited for that, those shoes to fill. And I think people know that Dotty did all kinds of different things. She had her hand in everything. So, I’m excited to continue that.”

As White settles into another new role, he said he draws on his childhood experiences of moving around a lot for his parents’ careers. His mother, Dawn, is a nurse who has also worked as director of nursing at several assisted-living facilities, and his father, Charlie, has worked as a parts salesman and manager for various trucking companies including Mac and Freightliner.

“And I got really used to being resilient to change — make friends, lose friends, stay in touch,” White said of his early years. “So it was an interesting childhood of moving and always kind of desiring to be in one place. But I don’t regret it, because I think it made me who I am, just being able to move into a new school or new situation and just kind of pick up.”

Eventually, White stuck to one place for a while. After finishing high school in Windham, Maine, he started at nearby St. Joseph’s College. He studied pre-med for his first three years, but never felt strongly about becoming a doctor. He did, however, find a passion coaching youth sports, including basketball and soccer, while he was in college, which prompted him to switch his major to physical education.

After graduating, he took a job as a PE teacher in Salem, N.H., and quickly began his master’s program at St. Joseph’s while working full-time. He continued working in physical education when he moved to Hartford, Vt., and began his doctorate program around the same time he moved to Montpelier to take his first job in administration, as an assistant principal. White’s time as a PE teacher, he said, prepared him well to shift into school leadership.

“As a PE teacher, I really became an expert at building relationships, and those skills translated really well over to an assistant principalship,” he said. “I found it really easy to build relationships with students and meet them where they’re at and use their passions to help them succeed in the classroom.”

He spent two years in Montpelier before taking a brief sabbatical to focus on his doctoral dissertation, in which he researched how to prepare aspiring school leaders for the real demands of being a principal using online, scenario-based simulations to supplement their own graduate studies.

“And I found it to be a really successful study that definitely showed a need for preparing principals more for the demands they’re going to face, that they’re not getting through their academic coursework,” said White, who graduated with his doctorate in May 2020.

After his short research leave, White returned to public education as the principal of Richmond Elementary School in the Mount Mansfield district in Vermont. Around the same time, he also began teaching education classes as an adjunct professor at New England College and Castleton University in Vermont, where he continues to teach today.

After about two years as principal in Richmond, Vt., White rose to an administrative position within the Mount Mansfield district essentially equivalent to an assistant superintendent, he said. When the COVID-19 pandemic hit, he also became principal of the district’s virtual learning academy, which enrolled 200-plus students this past year.

“Being responsible for all the key pieces of the pandemic curriculum, communication, virtual learning, it was intense,” White said. “But I actually loved it. I didn’t love the pandemic, but I loved the complexity and the challenge. I really enjoy being challenged, and I had enough challenge to feed me for the next 10 years, just with the curriculum alone.”

But White was up to the challenge, said John Alberghini, superintendent of the Mount Mansfield district.

“He really built the [remote-learning] system from the ground up and did a great job of communicating with parents, families, caregivers and students,” said Alberghini, who described White as bright, honest and deeply committed to the students, families and staff he serves.

“I think that Keene is really lucky, very fortunate and blessed to have Ben on board,” Alberghini said. “I have all the confidence in the world that he’ll do a great job and be a real asset to the community.”

And as White prepares for his first school year with SAU 29, he said he’s dedicated to working just as hard in the Monadnock Region as he has at every step along his journey.

“Coming out of the pandemic, I really want to ensure that we’re meeting children where they are, both socially and academically,” he said. “And that goes the same for our families and for our teachers. So, I really want to get a good pulse as we come into this new school year.”

At a glance: Ben White