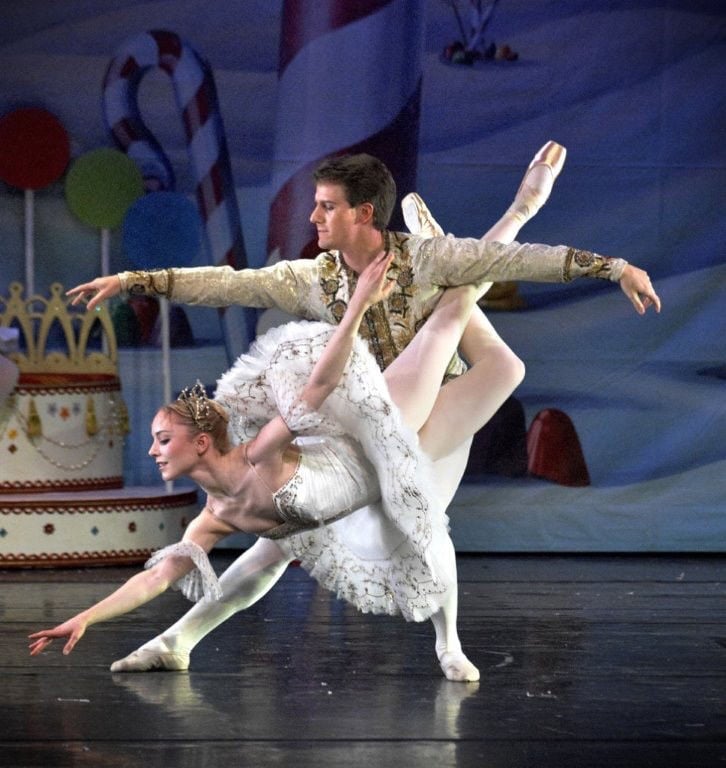 Reagan Messer dances with Sarah Lamb in Atlanta in 2002. 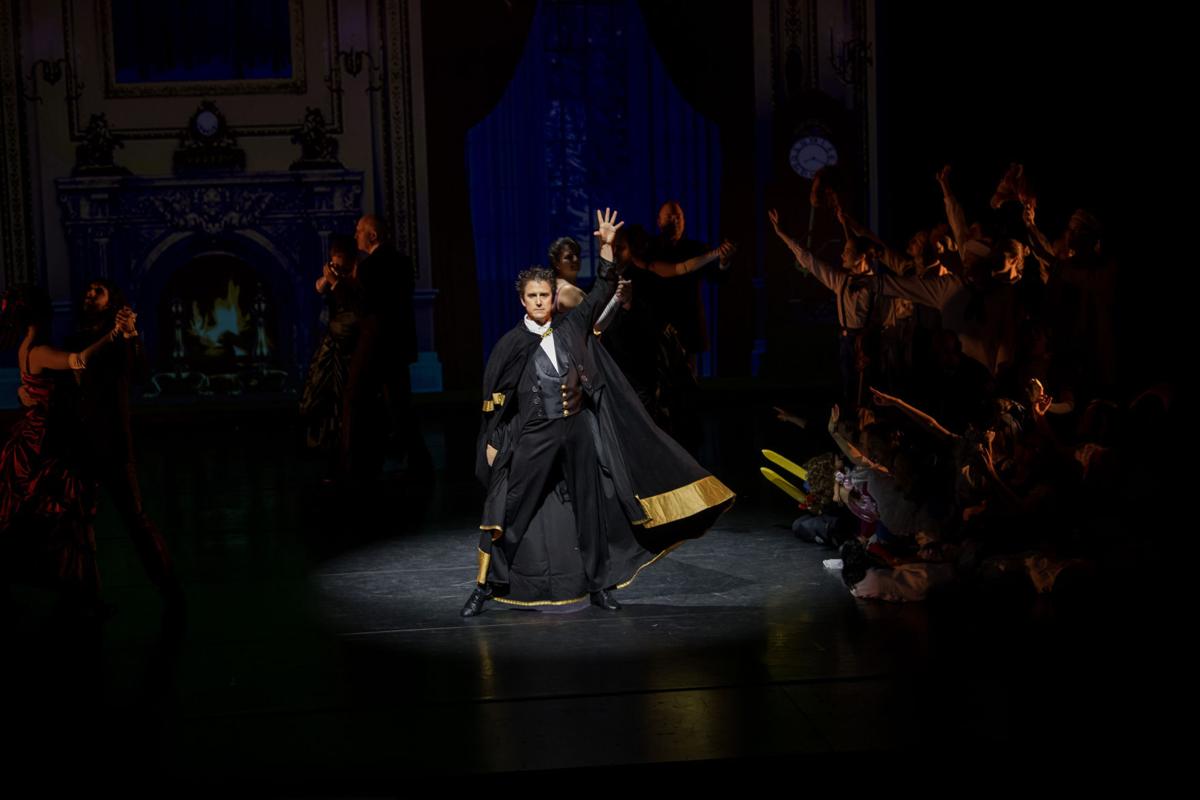 Reagan Messer performs in MoCo Arts’ production of “The Nutcracker” in 2018. 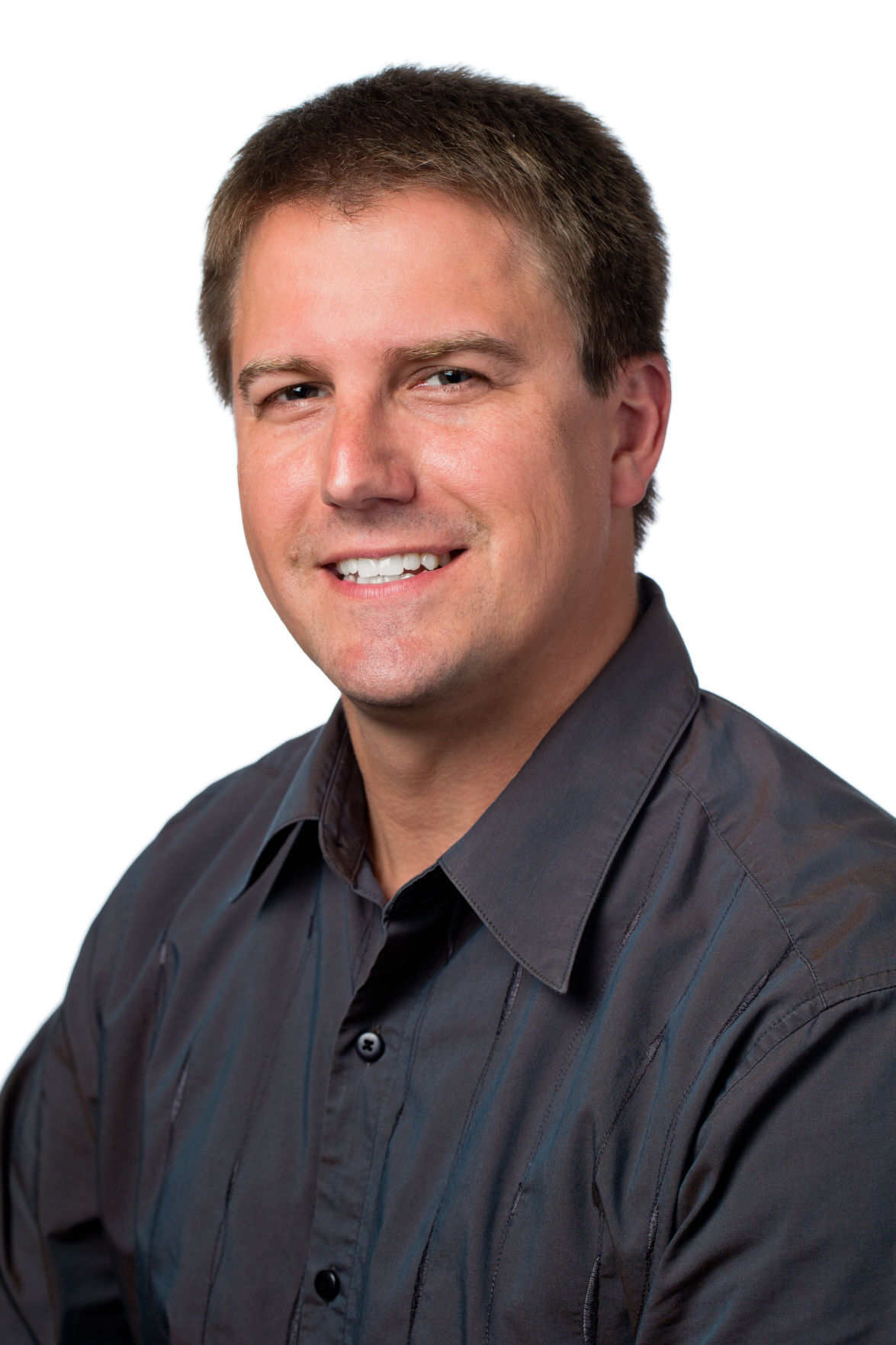 Reagan Messer dances with Sarah Lamb in Atlanta in 2002.

Reagan Messer performs in MoCo Arts’ production of “The Nutcracker” in 2018.

When Reagan Messer started teaching dance classes at MoCo Arts back in 2002, he wasn’t sure how long he’d be there.

But now it’s 2021, and the retired professional dancer has since become the Keene nonprofit’s executive director and says it’s the city’s passionate support of the arts that made him want to stick around. He’s been living in Keene since 2012 and in New England since 1992, when he joined the prestigious Boston Ballet.

Messer, 50, is an Atlanta native who got his start as a professional tap and jazz dancer at the young age of 15.

But he said he first developed an interest in dance around the age of 10, when he watched a show with his mother, Nanci Rodgers, and the dancers he saw on stage left an impression on him.

“There was dancing and singing and acting, and I thought, ‘Hey, I want to try that,’ ” he said.

He started out studying at the Atlanta Jazz Theatre, where he focused on jazz, tap and ballet, and by the time he was about 14, he realized he was interested in dancing professionally. So he buckled down, gave up his other hobby of playing soccer and dedicated himself to the art of dance.

When he was 17, Messer was hired as a dancer at Walt Disney World, where he was able to flex his jazz and tap muscles. During this early part of his career, Messer worked with a number of stars, including Smokey Robinson, David Hasselhoff and Isaac Hayes.

“It was mind-blowing to see, first, how nice they all were, and they were so giving,” he said of his experiences working with so many notable names. “Giving of their knowledge, their time, talking to you.”

He worked in Florida for about a year, but found himself quickly growing bored with the repetitive nature of his performance schedule, and he became interested in switching his focus to ballet, which he said was a bit more versatile.

“They do the classics like ‘Swan Lake,’ ‘Sleeping Beauty,’ to works by Twyla Tharp, Paul Taylor, such modern greats,” he said. “I said, ‘That’s what I want. I want to be able to have differences. I don’t want to do the same thing all the time.’ Even going to, like, a Broadway career, you’re doing the same show every night of the week forever, and I didn’t want that.”

So Messer decided to go back to Atlanta, where he attended Rotaru International Ballet School and joined the school’s company, staying there for several years. But he decided it was time to move on to “a bigger pond,” and he auditioned for the Boston Ballet. He was accepted.

Over his decade there, Messer performed solo and principal roles in “Swan Lake,” “The Sleeping Beauty,” “Giselle,” “La Bayadère,” “Don Quixote,” “Romeo and Juliet,” and many more ballets. And during the course of his career, he performed around the U.S., as well as in South America and New Zealand.

While dancing with the Boston Ballet, he met his wife, Melissa Ward Messer, who was also a ballerina and is a native of Peterborough. He first became acquainted with Southern New Hampshire when the couple, who married in 1999, would come up from Boston to visit her family.

During one of those trips, they visited Keene, and Ward Messer commented that she thought the Elm City would be a nice place to start a family. Messer didn’t feel quite the same; he was a big-city person, and while he found the area to be a quaint getaway, he couldn’t see himself living here.

“I said, ‘That’s never going to happen,’ ” Messer recalled. “But I then learned very quickly that you never say never.”

Both his daughters, 17-year-old Lucia and 10-year-old Nissa, were born in Keene, and the family has lived here since 2012.

Messer and his wife have lived in the Monadnock Region since 2002 when they moved to Rindge, and it was about that time that Messer’s father-in-law, Peter Ward, connected him with what was then known as The Moving Company Dance Center. Messer started teaching dance classes there and would occasionally travel as a guest performer in various shows before retiring as a professional dancer in 2007.

In 2012, he became the executive director of what’s now called MoCo Arts. He said the organization, which serves about 3,200 students in a typical year, not only teaches the performing arts, but it also gives local kids a safe space and an outlet for their creativity.

Over the past year, the school, like so many other organizations, has been impacted by the pandemic. For the first few weeks, Messer said, teachers were coming in and making videos for their classes; after that, they switched to a hybrid arrangement in which kids could take their classes online or come to the studio.

But starting Memorial Day weekend, the students will begin their return to the stage for live shows, starting with performances of “The Spongebob Musical” on May 30 and 31. A full list of upcoming performances at MoCo Arts can be found online.

The nonprofit at 40 Roxbury St. works with students of all ages over 18 months and offers classes in dance and theater, as well as multi-art camps.

Messer said he and the entire MoCo Arts staff are dedicated to “transforming lives” and making their students better people, as well as capable performers. And he said the community has given just as much to the arts center as the arts center has given to its students, noting that Keene has been very supportive of MoCo’s mission.

“If the community didn’t want us here, we wouldn’t be here as a nonprofit,” Messer said. “A nonprofit’s whole reason for existing is to serve a need in the community, and that’s what we’re doing.”

At a glance: Reagan Messer