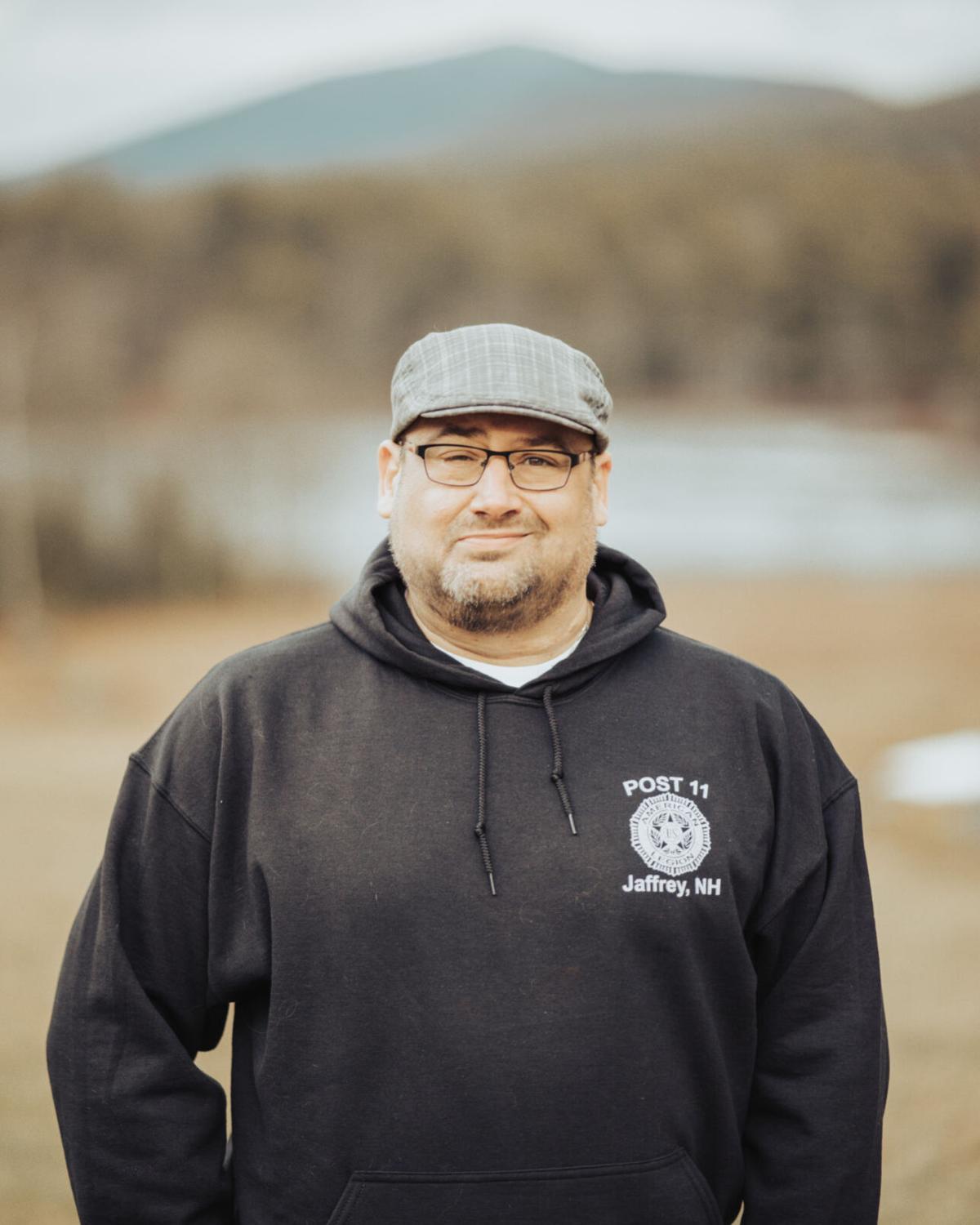 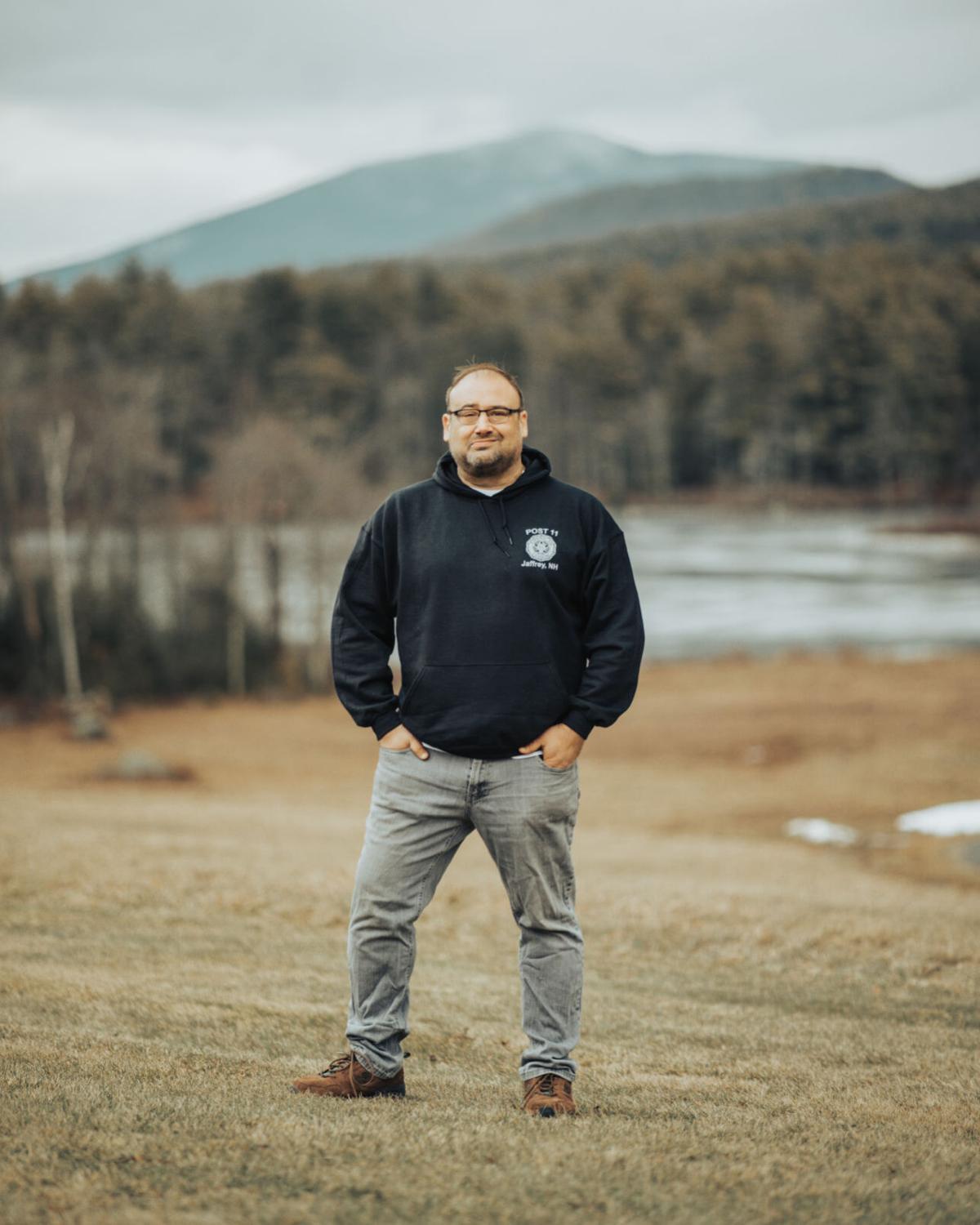 The Fitzwilliam native takes on the classic events, like weddings and proms, but what’s most important to him is using his talent to give back to the community. That’s why one-third of his time is donated to Monadnock Region nonprofits.

“I’ve always been community-minded,” said Holman, 44. “By doing this, I find I am adding value to what I do.”

He got involved with DJing nearly 25 years ago when he was a student at the University of Southern California in Los Angeles. His then-boyfriend taught him the basics, and when he transferred to Franklin Pierce University in Rindge for his final college years, he started gigging at clubs.

His interest in DJing came from his longstanding love of music. Dance was an outlet for him growing up, and he and his younger sister, Heidi, would perform dances in school talent shows and take classes together at ABC Studios in Keene.

“We came in second in 5th grade with ‘Let The Good Times Roll,’” he said with a laugh. “We won several prizes throughout elementary school.”

He’s held several roles since graduating college with a bachelor’s in political science — such as the coordinator for AIDS services at the N.H. Department of Health and Human Services and, from 2014 to 2017, a Fitzwilliam selectman — but Holman always gravitated back to turning tables.

He’s been a self-employed DJ for about 24 years, but took the past few years off when his grandmother died. He picked his career back up in 2020.

“I missed it. I missed being with people. I missed working with brides and grooms,” he said. “There’s nothing more special than being that backup person for people on their biggest day ... and a lot of the nonprofits were asking me to come back.”

At the start of 2020, he got back into DJing and also trained to start his own radio show, which airs Sunday nights at 91.5 FM on a station in Bellows Falls.

Just two weeks into his show, the COVID-19 pandemic hit, and he had to learn to record from home. But with limited time to get into a routine at the studio, he said the change wasn’t too jarring, and now he’s a pro at recording on the go.

Each show has a different theme, Holman explained, with a goal of both educating and entertaining his listeners. In honor of this story, he said in a Zoom interview Thursday, this week’s show will be journalism-themed, with two hours of content centered around the newspaper industry.

But ultimately, he said, he likes his shows to offer a good variety of music.

Holman also keeps busy with volunteer work, making sure to allot a good chunk of his time to DJ for several area nonprofit events — usually entirely for free or for a trade, like baked goods or a YMCA membership.

He’s most heavily involved with the Jaffrey American Legion, of which he’s been a member for 15 years in honor of his late grandfather, who served in World War II. Holman is the legion’s contracted entertainer, runs its social media accounts and also recently worked to update its flower garden.

For his birthday in June, Holman plans to host an outdoor event to raise money for replacement flowers so that the legion doesn’t need to worry about the garden’s cost.

Legion office manager Denise Barlow, who has become one of Holman’s best friends over the years, said Holman’s volunteerism has made a huge impact on the legion.

“We at the legion are so thankful for Chris,” she said. “His enthusiasm is priceless. I always knew how lucky we are to have him, but especially during all these uncertain times.”

Holman said his DJing hasn’t been hit too hard by the pandemic because he was just starting it back up this spring. However, he said, it has altered the way he handles an event.

“I try to limit my footprint now,” he said, “and I try to scope out the venue so that I can bring the minimal amount of equipment I need for the optimal amount of sound.”

He opts for more wireless gear than before, because though it is worse in sound quality compared to wired equipment, it allows more distance between him and the attendees.

Holman is also gigging less. He said he booked only about 10 percent of his usual events in 2020, but tried to counteract that by volunteering more when possible.

His process for preparing an event’s music, though, has remained the same.

“There’s always a lot more work on the front end, I think, than people realize,” Holman said. “The way that I look at it is who’s the client, who’s going to be in the audience and what are we trying to carry across?”

A wedding, for example, could require anywhere from one to four separate mixes, depending on how many parts the event will include, such as pre-ceremony drinks or an afterparty.

The DJ also sets the event’s tone, Holman said, and has to be able to read the room to make sure the attendees’ energy levels match the event itself.

“DJs are like social barometers,” he said. “You decide what behaviors you encourage with your music choices. Are you going to have dirty dancing at that school event or wedding, or are you going to have that profanity while grandma is still at an event?”

One of his favorite events ever, he said, was playing for the wedding of former U.S. Rep. Barney Frank, D-Mass., who was the country’s first openly gay congressman.

Holman first met Frank in D.C. in the ‘90s, and they ran into each other again at a fundraiser for Seacoast Gay Men — a social group in Kittery, Maine — in 2012. Just a few days later, Frank asked Holman if he’d DJ his wedding.

“It was one of the best opportunities I ever had. I mean I became friends with one of my role models,” Holman said.

As he steps into the new year, Holman said, his goal is to find a way to play more events like that safely. But more importantly, he wants more opportunities to let people have fun.

“I just hope everyone can have a good time,” he said. “That’s the most important thing.”

At a glance: Chris Holman