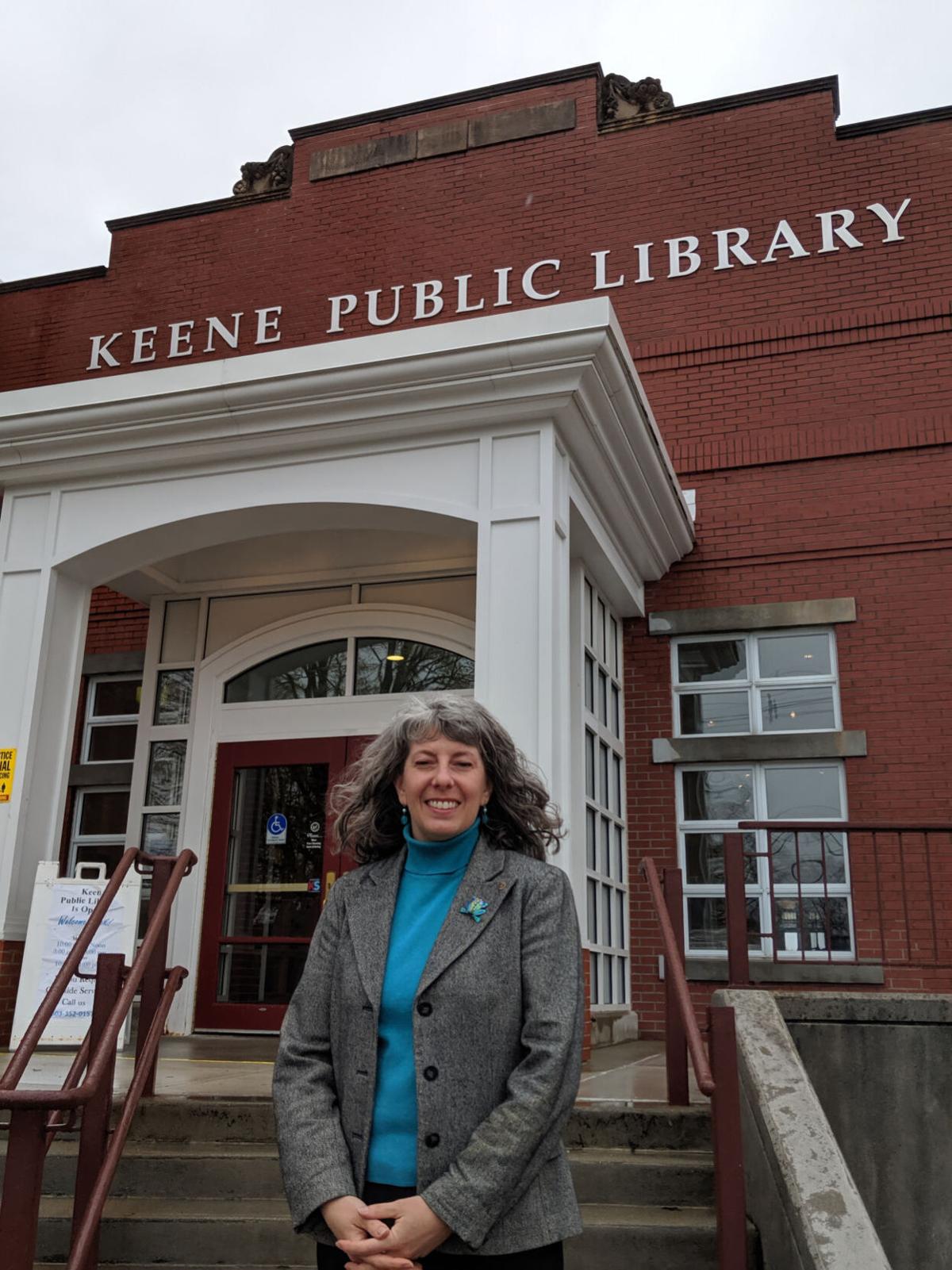 Marti Fiske was hired as director of the Keene Public Library in August 2019. “I love the service part of the job,” she says. 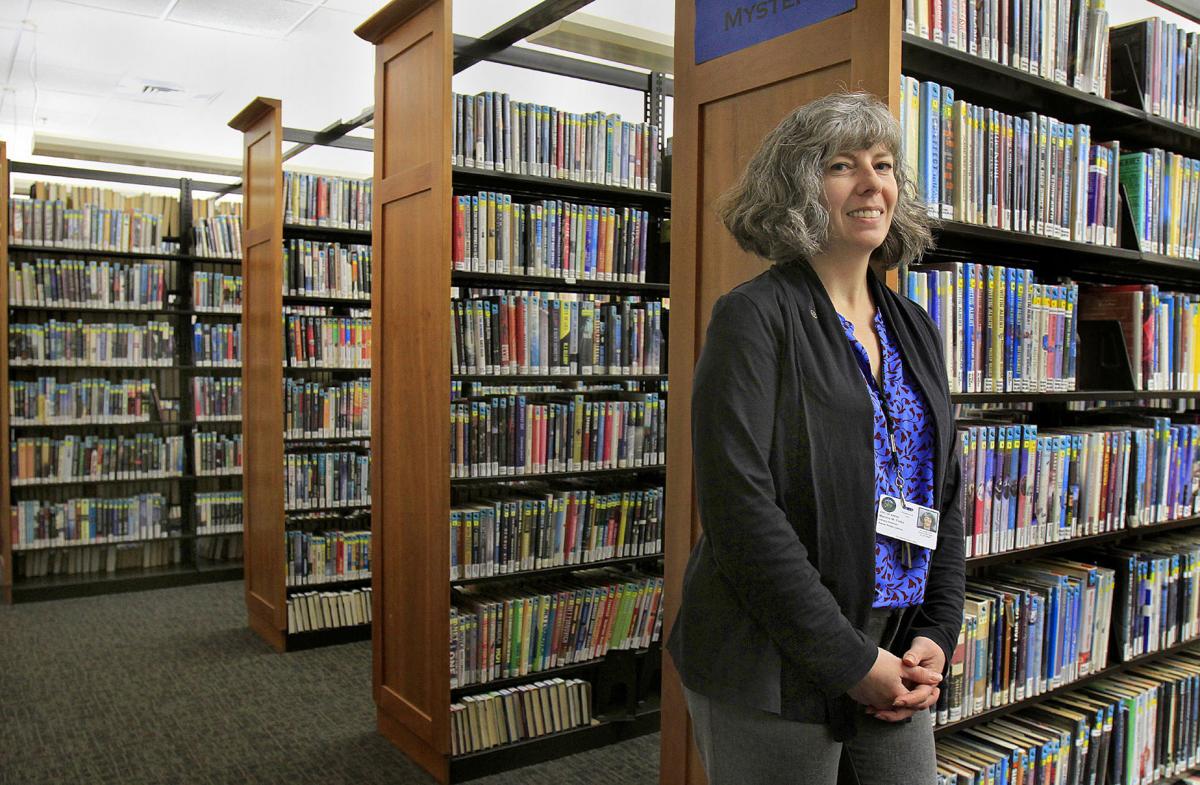 Marti Fiske, shown here at the Keene Public Library in November 2019, has had a passion for reading since early childhood. “I dive into their world; I can live with those characters for months,” she says. 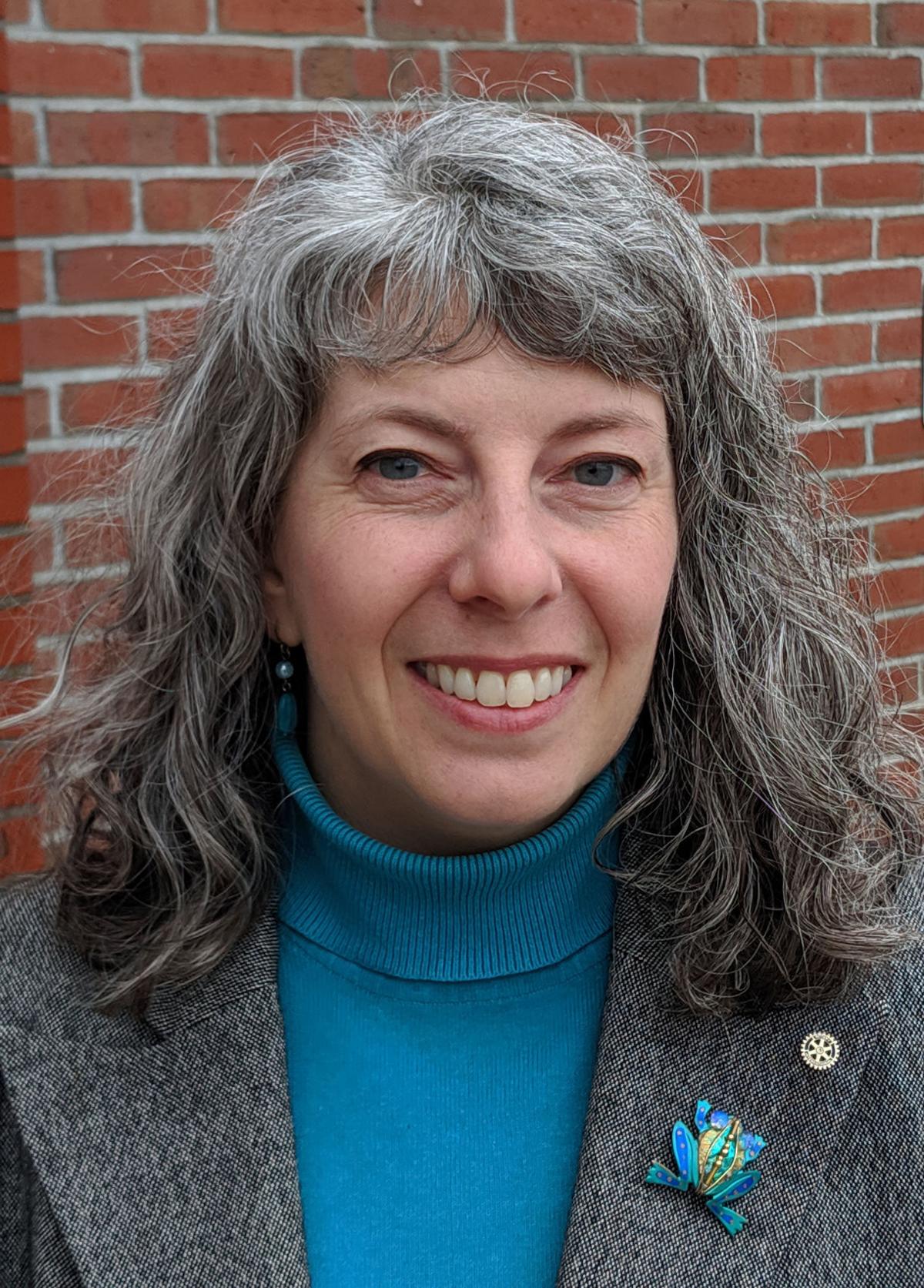 Marti Fiske was hired as director of the Keene Public Library in August 2019. “I love the service part of the job,” she says.

Marti Fiske, shown here at the Keene Public Library in November 2019, has had a passion for reading since early childhood. “I dive into their world; I can live with those characters for months,” she says.

It’s 9 a.m. on a Wednesday, the Keene Public Library will open in an hour, and Marti Fiske sits at one of the long tables in the main reading room. Sunshine pours in through the large windows. A couple of employees at the nearby reference desk are readying for another day of business.

It is a quiet, calm and serene atmosphere, as libraries tend to be, and it’s clearly Fiske’s territory and comfort zone, a place of knowledge, exploration, wisdom, imagination — the world, really, all in one building, as she describes it.

Fiske, 50, was hired as director of the library in August 2019, succeeding longtime director Nancy Vincent, who had retired following the completion of an $8.8 million expansion and renovation project. Before taking the job in Keene, Fiske had for 14 years been the director of the Dorothy Alling Memorial Library in Williston, Vt., a town of about 8,000 that abuts Burlington.

Her long career as a librarian is a perfect fit for a woman who says that from her earliest memories to the present, her life’s passion has been reading.

“As a kid, I’d read the cereal package,” she says. “I was reading newspapers in the 5th grade.” She ingested the entire series of 39 Trixie Belden books, which are akin to the Nancy Drew series, in which the title character lives in the fictional New York town of Sleepyside-on-Hudson and solves mysteries that have baffled the authorities. History, archaeology, classical literature — all of it fascinated her.

The farming community where she was raised — Fairfield, Vt. — had no public library, and it wasn’t until her parents’ divorce, when she and her sister Eva moved with their mother to St. Albans, that she’d even gone inside one.

“I was in 8th grade, and the first library I walked into was the St. Albans Public Library. I recall the wonder and awe that I felt — so many books,” she says.

As a flame to oxygen, the ready access to a library fueled an even more intense love of reading, what she describes as a “deep dive” into the worlds of history, stories and imagination.

“I read all 32 volumes of the fiction of Jean Plaidy, about Queen Victoria and Prince Albert,” she says. Plaidy was one of the pseudonyms of Eleanor Alice Hibbert, a popular British author from the 1950s to 1960s who wrote in different genres under several names.

After graduating from Bellows Free Academy in St. Albans, Fiske enrolled in Keene State College, but stayed only for her freshman year before transferring to Castleton State College (now Castleton University). She graduated with a degree in history and secondary education in 1992, the same year she married Bill Bero of St. Albans.

“I tried to get a teaching job,” she says, “but it was a recession, and they were laying off teachers.” Instead, for the next five years, she worked a series of jobs, including waitressing, tutoring and substitute teaching. She also took part-time positions at the libraries in Fairfield and Fletcher, Vt. “It was a very busy time, sometimes working 80 hours a week.”

Also during that time, she enrolled in a master’s degree program at Syracuse University in New York that allowed her to keep working while attending classes on a periodic basis on campus. In 1996, she was hired as the director of the Pierson Library in Shelburne, Vt., and earned the Syracuse degree in library and information science in 1998.

Tragedy struck on Jan. 25, 2000, when her husband was killed in a snowmobile accident. Naturally, it rocked her world.

“I was 29, he was 33. We’d just finished building a house and were planning to have a family.”

Fiske continued in her Shelburne job until 2005, when she took on the library job in Williston. By 2018, she began to look for other library jobs in larger cities. “I’d gotten to the point where I was ready for the next step,” she says.

Although she considered positions in Rutland and Burlington, those jobs were solely administrative roles where she’d have little contact with the public. The opportunity in Keene, though, involved managerial duties as well as work as an on-the-floor librarian.

“I love the service part of the job,” she says.

Although she was somewhat familiar with Keene from her single year at Keene State, she discovered that the city was a welcoming and hospitable town for a newcomer.

“Keene in some ways feels like a smaller town than the smaller town I was coming from,” she says. “I think it’s because in Williston, about half of the people were newcomers, brought in because of jobs in nearby Burlington. In Keene, it’s more self-contained without being insular. Many people have been here for years; they have such deep ties. It creates a sense of community, a positive sense of ownership; they’re engaged, they have skin in the game.”

As if to illustrate her point of the closeness in Keene, Fiske bought a house shortly after arriving, not knowing at the time that Vincent was her backyard neighbor.

Six months after Fiske started in the job, COVID-19 struck, forcing the library building to close to the public while still providing drive-up service for patrons, as well as lectures and presentations on Zoom. Only recently has the library reopened to in-person services under restricted hours Monday through Saturday.

“It’s a fuzzy crystal ball right now,” Fiske says of COVID, but if all stays on track, the library will be able to open for expanded hours by June. The library’s annual book sale, a popular event that had to be canceled last year because of the pandemic, is tentatively set to be held again in the fall.

One important activity that has not been affected by COVID, though, is the digitization of The Keene Sentinel dating from 1820 to 1945, a project the library is undertaking with the N.H. State Library and the Historical Society of Cheshire County. The project should be completed by the end of the year, Fiske says.

When not busy at her job, she says reading continues to be her passion.

“I love historical fiction, mysteries, non-fiction, history,” she says. “I love ‘Moby Dick’; I’ve read it twice. I love ‘Anna Karenina’; I’ve read it six times. I’ve read every book by Thomas Hardy up to ‘Jude the Obscure.’ I’m up to number seven of the Outlander series by Diana Gabaldon.

“I dive into their world; I can live with those characters for months. I get up an hour earlier every morning to read,” she says, and can often spend hours reading in the evening.

She also loves to travel, something she hopes to continue post-COVID.

“I love historical sites,” she says. She’s twice visited the ancient Roman city of Herculaneum, entombed in ash like its sister city Pompeii after Mount Vesuvius erupted in 79 AD.

“I’ve been to 13 countries in Western Europe from the Netherlands east to Turkey. I’ve seen the Catacombs in Paris and Greece. I love museums and archaeological sites.”

One day, she says she’d like to author a children’s book, and has a pretty good idea what its subject would be.

“The book came to me in a dream. It’s a picture book, all the illustrations were done in oil, and it’s about how the moon got its craters.”

At a glance: Marti Fiske