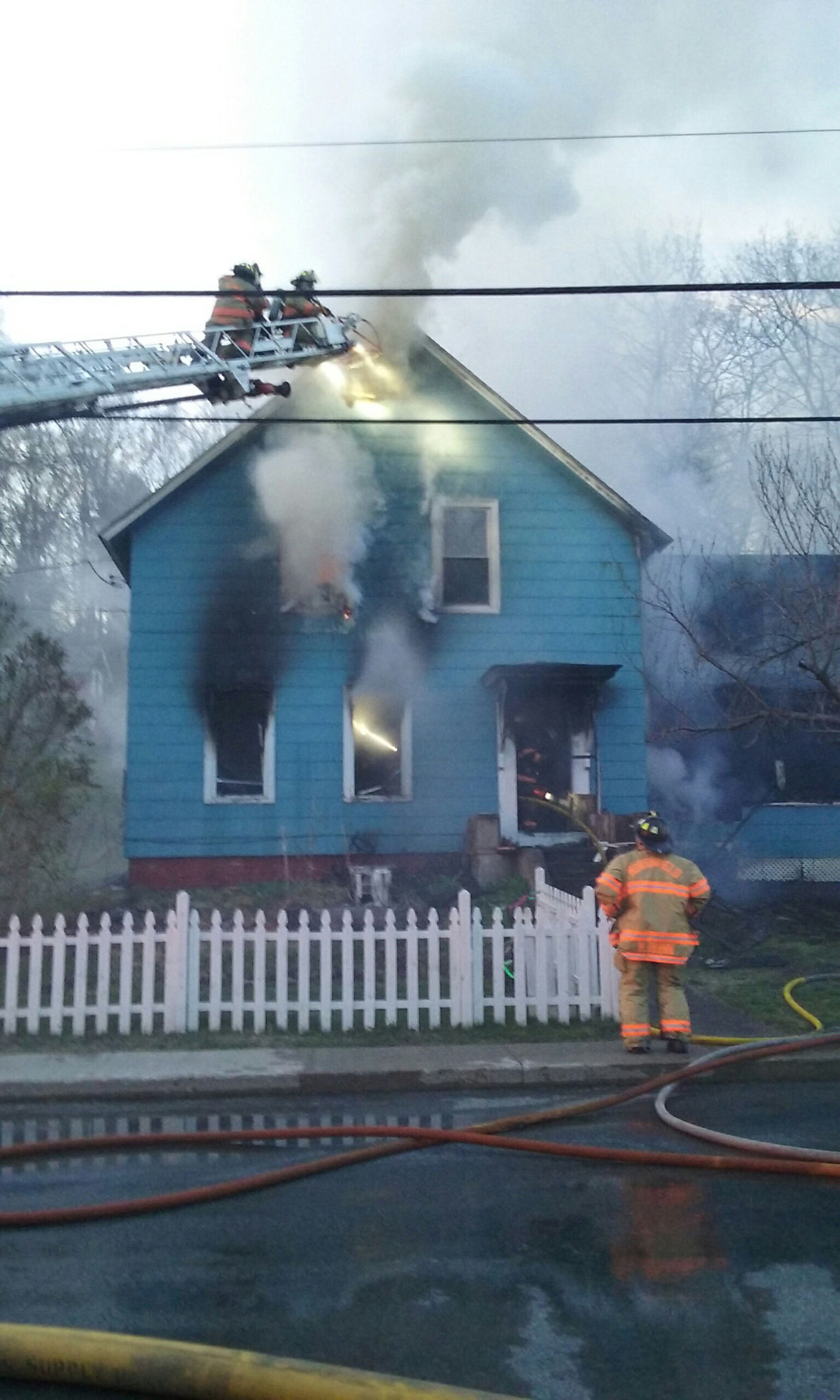 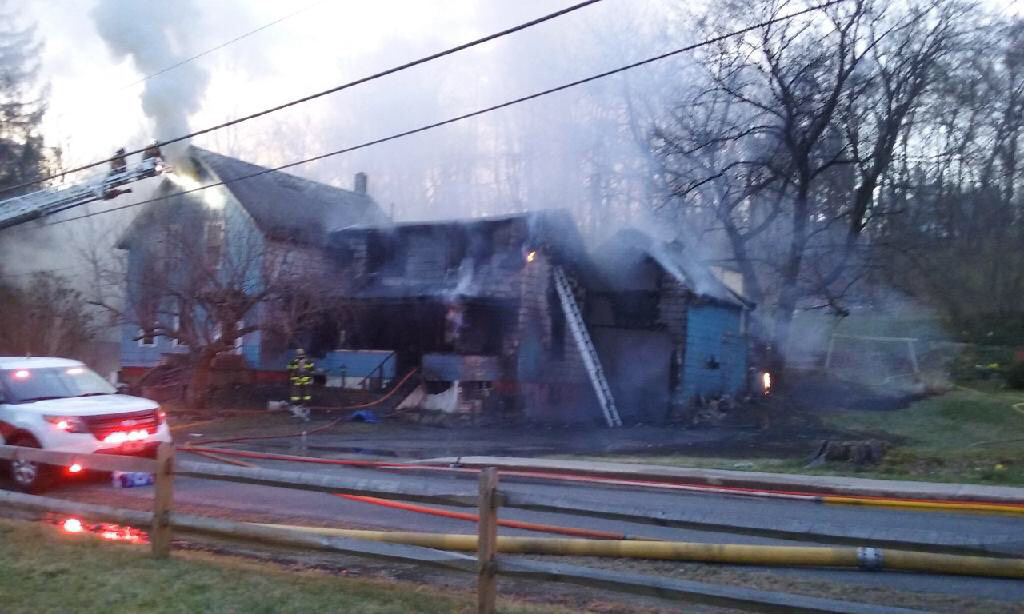 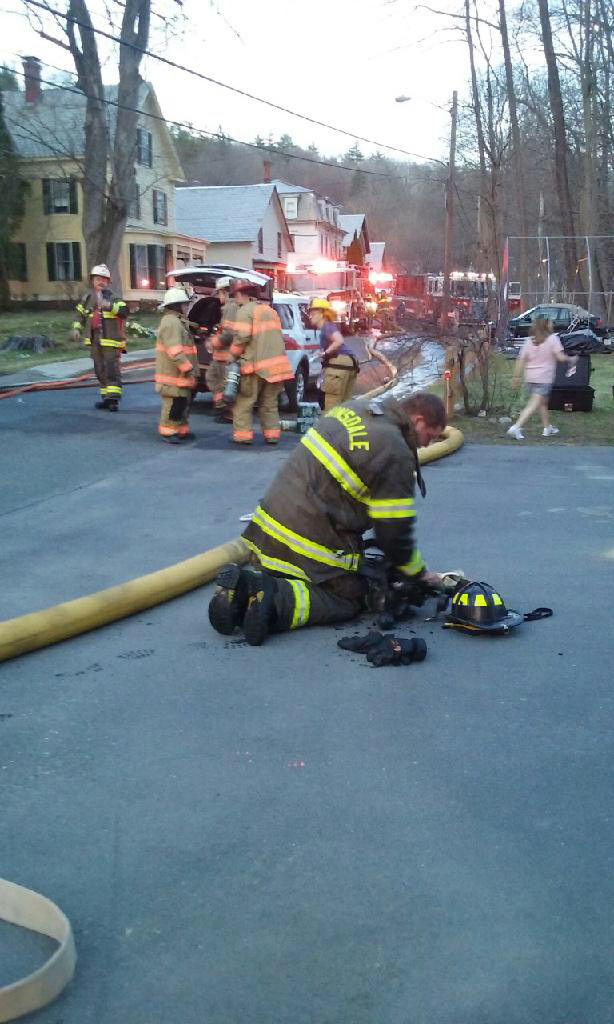 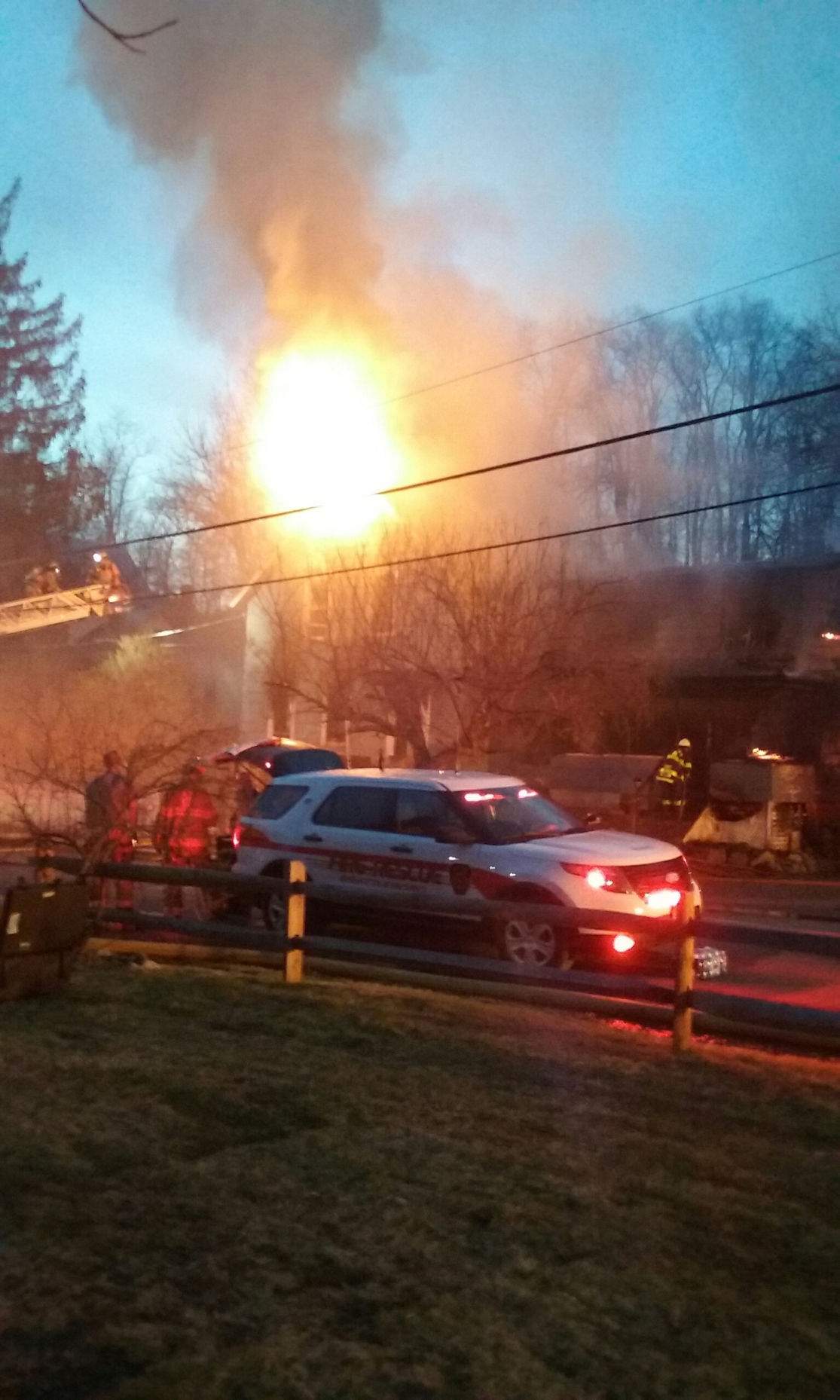 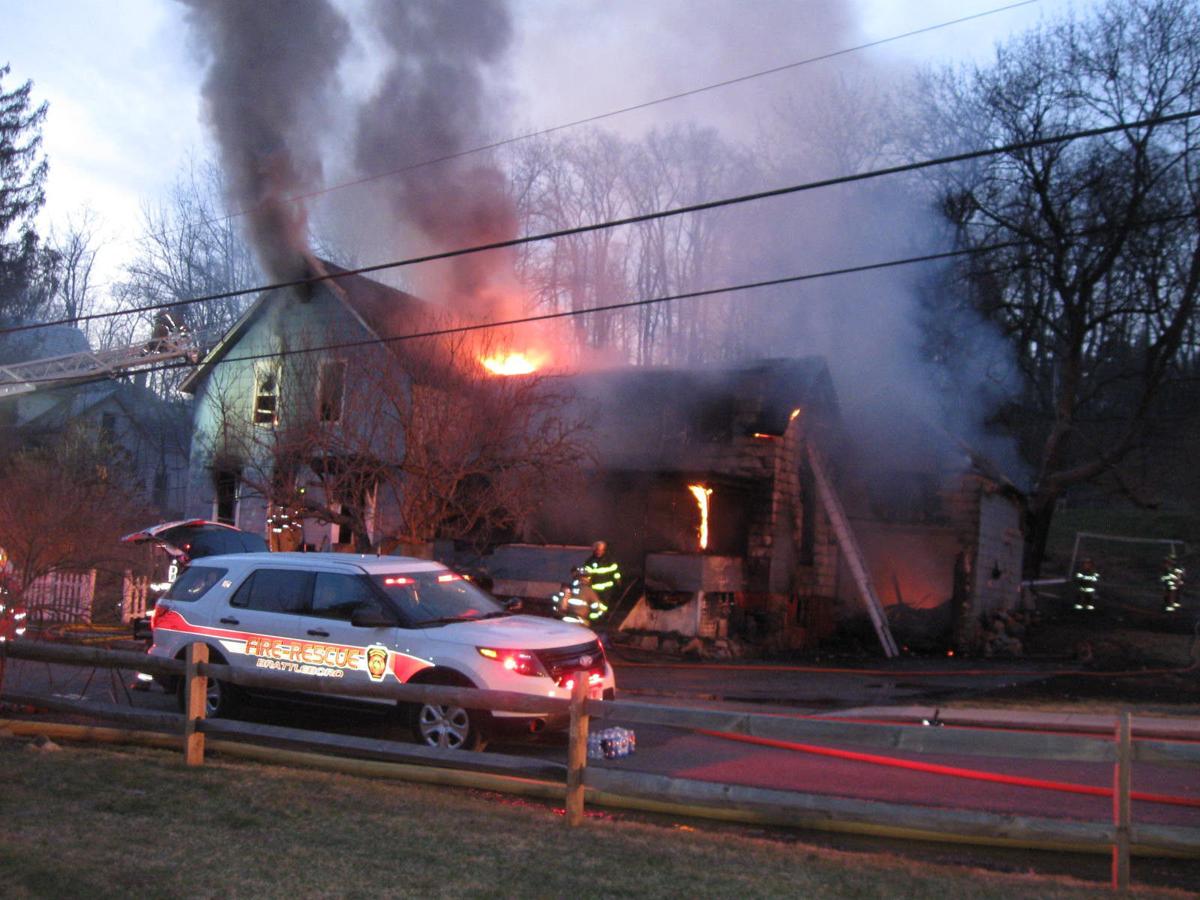 HINSDALE — Local residents Bill and Christine Phillips were out for a motorcycle ride Friday evening, enjoying the mild spring weather, when they saw plumes of smoke billowing from the direction of a house they rent to tenants on High Street.

When they arrived on the scene, they said they saw the house across the street in flames.

“We just happened to be driving by,” Christine Phillips said. “We thought it was our house on fire.”

But it was the two-story blue house at 76 High St. where firefighters from multiple towns were battling the blaze.

Christine Phillips said that, while she doesn’t know their names, a couple lived in the home with their four children. All escaped safely, bystanders said.

According to town property records, the 160-year-old New Englander is owned by Jeffrey and Sheila Domingue.

Several fire departments, including Brattleboro, Chesterfield and Northfield, Mass., joined Hinsdale to battle the blaze, which quickly escalated to three alarms. At one point, all firefighters were called out of the building because of the danger.

Speaking at the scene at roughly 7:30 p.m., Hinsdale Fire Chief Terry Zavorotny said there had not been any injuries.

Firefighters on the Northfield ladder truck hosed water through the attic window, and others below doused the exterior. The home appeared to be a total loss.

As thick smoke filled the neighborhood, fire could be seen through the home’s windows and attached garage and, at one point, flames shot through the gabled roof.

The blaze began in the garage around 6:30 p.m. before spreading to the house, according to a dispatcher at Southwestern N.H. District Fire Mutual Aid. The fire was declared under control around 8:15 p.m., and firefighters were still on scene as of 9:40 p.m. according to Bob Johnson, a dispatcher with the Hinsdale Fire Department.

The cause of the fire is under investigation, he said.