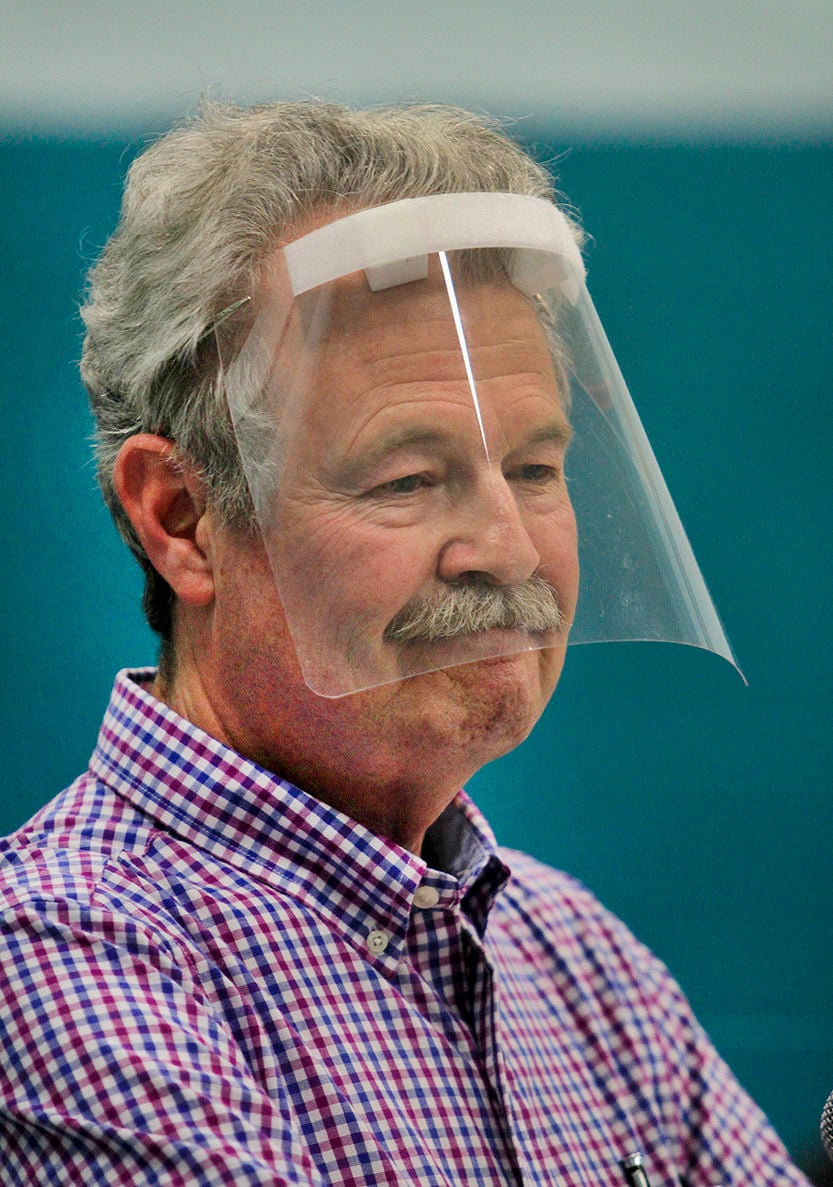 Stoddard Town Moderator Dan Eaton, who has presided over town meeting for more than four decades, watches as residents vote on a warrant article. 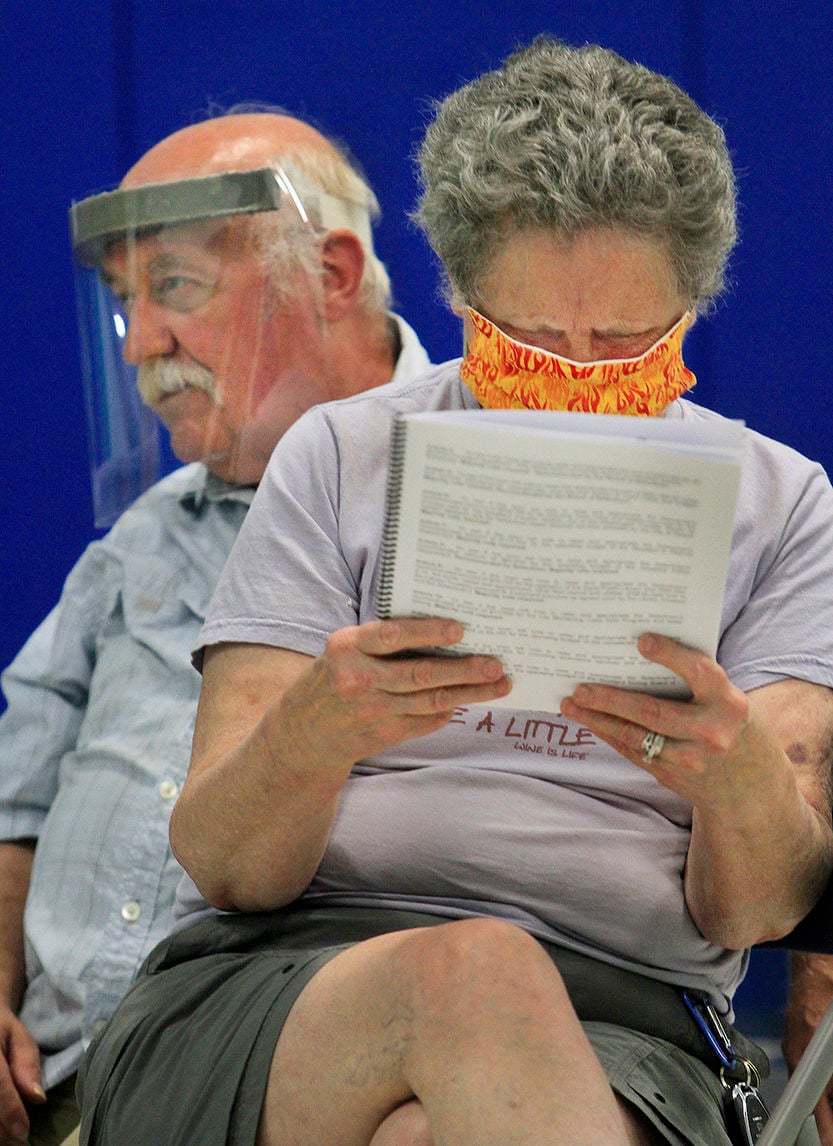 Diane and Dewitt Latimer are well equipped with PPE as were most people at Stoddard's annual town meeting held at James Faulkner Elementary School on Thursday night.

Stoddard Town Moderator Dan Eaton, who has presided over town meeting for more than four decades, watches as residents vote on a warrant article.

Diane and Dewitt Latimer are well equipped with PPE as were most people at Stoddard's annual town meeting held at James Faulkner Elementary School on Thursday night.

The two-hour session marked the first in-person, indoor town meeting in the Monadnock Region since March, when the COVID-19 outbreak and its effects began to be felt in New Hampshire. Of Stoddard’s 999 registered voters, 86 attended the 7 p.m. meeting.

Other towns that had postponed their meetings from March have held drive-thru-style voting or drive-in deliberations because of concerns about further spreading the viral disease.

Stoddard postponed its own already delayed meeting — which normally takes place in May — by a week for the same reason, but to help with public safety, several protocols were put into place in the Lucy B. Hill Community Room at James Faulkner Elementary School.

These included gloves and masks available at the door, chairs spaced out (but not by six feet) and barriers between town officials.

The only article voters rejected outright asked if the town should raise $125,000 to buy a new brush truck — used to fight brush or wildfires — for the Stoddard Fire Department, as well as to repair the department’s current brush truck.

The department’s current truck would replace its rescue vehicle, which firefighters at Thursday’s meeting described as unsafe.

The town would have issued a bond for this, paid back in $29,000 increments over five years. A capital reserve fund would cover $25,000 of the first year’s payment, with the additional $4,000 raised through taxation.

Firefighter Trevor Anderson explained that the current brush truck gets stuck easily on back roads, especially in mud or snow, because it’s a rear-wheel drive.

As for the department’s 1994 rescue truck, Anderson said it’s rusting and has transmission issues. Additionally, he said, his own safety is an issue when riding in it.

“The lack of safety features is my largest concern ... I don’t believe the current rescue truck is equipped with airbags,” he said.

Stoddard Fire Chief Stephen McGerty noted that the department felt the article was the “cheapest way” to fix its vehicle issues.

But others in the crowd asked why the fire department isn’t considering grant funding and whether a new vehicle is crucial this fiscal year.

The article — which required a two-thirds majority vote — was voted down.

Also on Thursday, voters approved indefinitely postponing an article that would have allowed the Stoddard Board of Selectmen to appoint the fire chief.

The article’s intention was to clarify the process of picking a fire chief, Town Administrator Michelle Pong said last week.

But Moderator Dan Eaton — who recused himself for the article because of his involvement with emergency services — started the article’s discussion by motioning to postpone it.

“This article has been attempted or tried in about 18 or 20 towns in New Hampshire and passed, and now they no longer have fire departments,” he said. “It doesn’t work.”

Others who spoke on the article said they felt the fire department should be able to pick its own leader without the selectboard’s involvement.

“The assertion that we don’t know what we’re doing is insulting,” said firefighter Matt Serbone. “If this passes, I will work with [the department] for a year, and then I will resign.”

The motion to postpone was approved by voice vote.

A number of other expenditures also passed, including $262,000 for the replacement of a culvert on King’s Highway, which will be funded through tax dollars, trust money and bonds.

Another $261,300 was approved for maintenance, emergencies and scheduled road repairs, as well as $208,769 for recycling and waste disposal expenses and $117,500 for the town’s fire and rescue department.

Voters also agreed to establish a fund that will be used to cover the costs of special details for police.