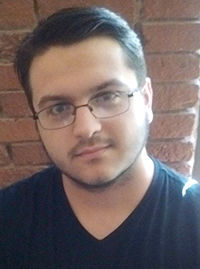 The Monadnock International Film Festival, which kicks off tonight and runs through Sunday, will feature a host of film screenings, panel discussions, parties and more. Here is a look at some of the feature films on the lineup, as reviewed, in coordination with MONIFF, by Keene State graduate Matt Bilodeau.

‘Gladesmen: The Last of the Sawgrass Cowboys’

A communal sadness is evident throughout the meeting room as the few remaining Gladesmen wistfully converse about the slow demise of their decades-old established lifestyle: navigating the Florida Everglades. Deeply tied to the Floridian community, the Everglades present a home away from home in which airboats are almost a bodily adornment (in addition to the ungroomed beards, bushy mustaches and faded tattoos), granting these Gladesmen the freedom to drift across the grassy swampland in peace and tranquility. Meanwhile, the federal government tends to look at the Gladesmen culture with a discerning eye, effectively banning airboating in or around Everglades National Park for the sake of preventing further damage to the ecosystem.

Keith Price, president of the Airboat Association of America, doesn’t take kindly to the disintegration of the time-honored tradition his community holds near and dear. Throughout the film, the most substantial gripe these men and women have is being unable to pass their culture along to the younger generation, the idea that airboating will cease to exist when they do. Directors Abel and Laub admirably portray the Gladesmen’s plight while also providing well-founded data that counteract their argument, noting the hundreds of plants and animals creeping onto the endangered species list. The film tries for a balanced approach, granting each party a chance to advocate for their beliefs without devolving into nasty remarks.

“Gladesmen: The Last of the Sawgrass Cowboys” asks for sympathy, but it also presents environmental concerns for consideration. While I believe the environmental groups provide the stronger argument, despite a few bumps along the way, the film acknowledges the history the titular airboaters have enjoyed with their environment and the impact of experiencing nature in this unconventional way.

In MacLachlan’s minimalist “Abundant Acreage Available,” the camera is observant and meditative. Tracy (Amy Ryan) and Jesse (Terry Kinney), coping with the loss of their father, stand cold in the middle of a barren tobacco field, prepped to bury his ashes in the land he helped cultivate. The shot lingers as they’re hopelessly unsure how to proceed next. In an unexpected turn of events, three older gentlemen (Francis Guinan, Max Gail and Steve Coulter) pitch a tent on the edge of the property, claiming to have lived there more than 50 years ago, and their presence creates an underlying tension that builds throughout the film.

“Abundant Acreage Available’s” aesthetic very much reminds me of the Kelly Reichardt film “Certain Women,” encompassing a quiet woman’s lonely rural environment with detailed nuance. There’s an underlying condescension toward the lone woman in the company of her uninvited guests. Tracy is often the subject of rude remarks, as well as decisions made without her input. In this, Amy Ryan beautifully demonstrates the impact of glances in a truly affecting performance that speaks volumes about grief, loss and legacy. Terry Kinney is also noteworthy as her vulnerable, shielded sibling whose natural impulse to do right by others causes strain in their relationship.

Despite the presence of a family home, everything feels lonely and sorrowful, separated from the rest of the world. At times, the film relies more on insinuation rather than revelation, but its striking cinematography and layered performances make “Abundant Acreage Available” a somber yet worthy treat.

Matt Bilodeau graduated from Keene State College in 2017, earning a bachelor’s in critical film studies. Over the course of his time at Keene State, he wrote more than 100 film reviews for the student newspaper, The Equinox. Since September 2016, he’s written monthly film columns for The Sentinel’s ELF magazine. The full MONIFF lineup, plus ticket information, is available at www.moniff.org/.

A sneak peek at the MONIFF marquee coming this week

The Monadnock International Film Festival, which kicks off Thursday and runs through Sunday, will feature a host of film screenings, panel dis…