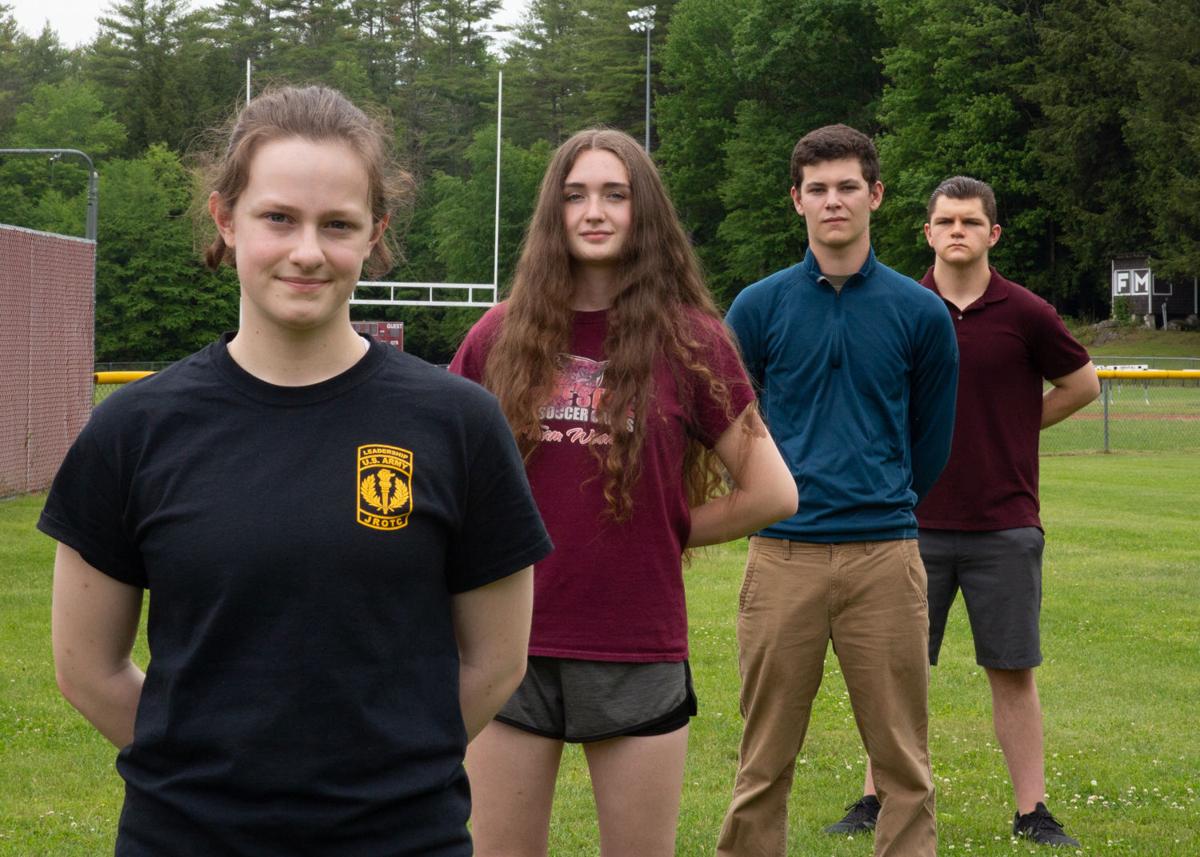 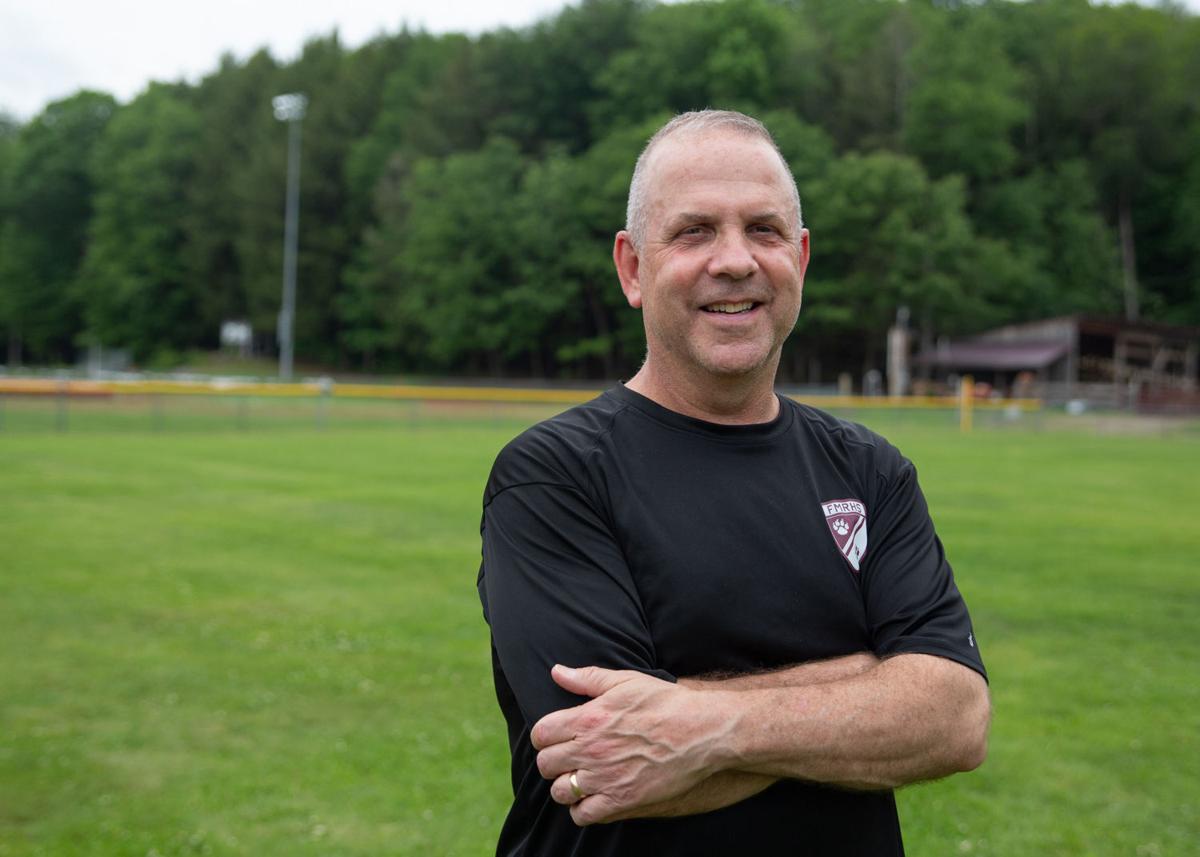 LANGDON — Serena Rathke was an 8th-grader at Vilas Middle School in Alstead when several cadets from the Fall Mountain Regional High School JROTC came and presented to her class.

“I liked that the program was basically [about] teamwork,” said Rathke, now a junior at Fall Mountain in Langdon. “It works on your teamwork and leadership. It’s basically one big family.”

And now Rathke, who joined JROTC her freshman year and has risen to the rank of cadet major, will lead a team of fellow cadets to the national championship competition in the U.S. Army JROTC Leadership Bowl next month in Washington, D.C. This marks the first time the Fall Mountain team has gone this far since its inception in 1996, according to Maj. William Maynard, the program’s senior instructor.

The group of four cadets, chosen from Fall Mountain’s JROTC program of roughly 80 students, advanced through two rounds of competition earlier this year to reach the top 2 percent of teams in the country in a quiz-bowl-style contest that tests students on their knowledge of current events and leadership values and skills.

“It’s crazy. We went from 1,700 schools to the top 40,” said Rathke, an Alstead resident who serves as battalion commander for Fall Mountain’s JROTC. “And we’re a little school in New Hampshire who made it. There’s less than 500 kids in our school, and we made it all the way up there.”

The other members of the Fall Mountain team are Cadet Capt. Alexandra Booth of Alstead, Cadet 1st Lt. Harrison Salisbury of Keene and Cadet Command Sgt. Maj. Jesse Fisk of Langdon. Fisk and Booth are unable to attend the national championship, set for July 19 through 23 on the campus of the Catholic University of America, so Cadet 2nd Lt. Connor Rheaume of Charlestown and Cadet 2nd Lt. Grace St. Pierre of Acworth will take their place.

U.S. Army JROTC, or Junior Reserve Officers’ Training Corps — a national leadership development program for high school students — will cover the cost of the trip, Maynard said. Along with a day-and-a-half of competition, students will get time to explore the monuments, memorials and museums of the nation’s capital, and visit Arlington National Cemetery for a wreath-laying ceremony. Cadets from some of the teams competing in the championship will be chosen to participate in the ceremony, Maynard said.

“That’s a once-in-a-lifetime opportunity to be in a wreath-laying ceremony,” he said. “It’s very cool. I served in the Army a long time. I knew what it means, so it’s a great opportunity for cadets to take part in something that’s such a big part of our country’s history.”

Maynard, a 54-year-old Manchester resident, retired from the U.S. Army in 2013 after a 28-year career. He is in his fifth year leading the JROTC program at Fall Mountain, which he said is tied to career and technical education courses. Additionally, the program offers various co-curricular opportunities like the leadership bowl and marksmanship and drill teams.

Salisbury, a junior at Keene High School who participates in Fall Mountain’s JROTC through the Cheshire Career Center, said his overall experience in the program has helped him become a better student, and a more confident person.

“Before, I was very meek,” he said. “I didn’t really want to go into public spaces and talk to cashiers about purchasing something. And in class, I couldn’t really join groups. I was very meek and couldn’t talk, couldn’t express myself. But JROTC has made me really confident, walking into public spaces, talking to people, and getting my point across, especially when it’s important.”

And reaching the national championship in the leadership bowl is further evidence of this personal growth, Salisbury added.

“Going to nationals all by itself is really life-changing to me because I’ve spent the majority of my life in Keene,” he said. “And being able to go to nationals means I’ve really buckled down and focused on my goal, which is not just going to [JROTC Leadership and Academic Bowl], but being an overall really dedicated student.”

The competition will be Rheaume’s first trip to Washington, and he said he is especially excited for the wreath-laying at Arlington. And the championship event itself, he said, will provide a chance to enhance his leadership skills.

“I believe that this is a pretty good opportunity to travel where I’ve never been and to learn and expand my knowledge outside of normal school subjects,” Rheaume, a sophomore at Fall Mountain, said. “... This is the farthest I’ve been with any team, considering we’ve made it out of our local area.”

Maynard added that many of the questions in the competition revolve around scenarios in which cadets would need to make a management decision, such as when a conflict arises between other cadets.

“It’s exciting, and it’s a different kind of competition that isn’t available [in other programs],” Maynard said.

The team is already busy preparing for the national championship, studying individually and as a group. They will know the outcome of the contest by the time they return from D.C. Regardless of what happens there, though, St. Pierre, a Fall Mountain sophomore, said the entire JROTC experience presents a valuable opportunity for personal growth.

“Leadership is an excellent skill that not enough people have, and it’s applicable to every situation,” she said. “So, no matter what we decide to do after high school and beyond, these skills will be very helpful to us.”