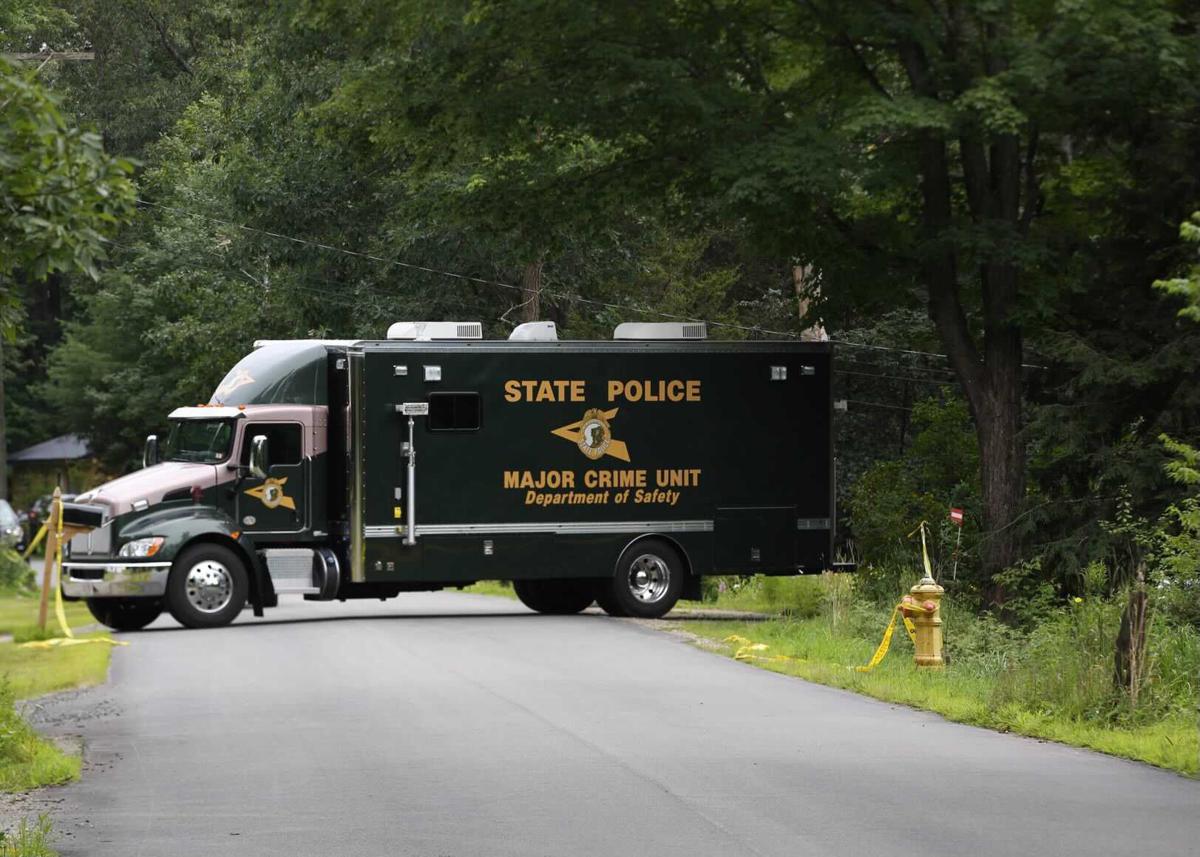 The N.H. State Police Major Crime Unit was involved in the response Aug. 4 to Plain Road in Hinsdale, where authorities say David Lent killed his 12-year-old son and then himself. 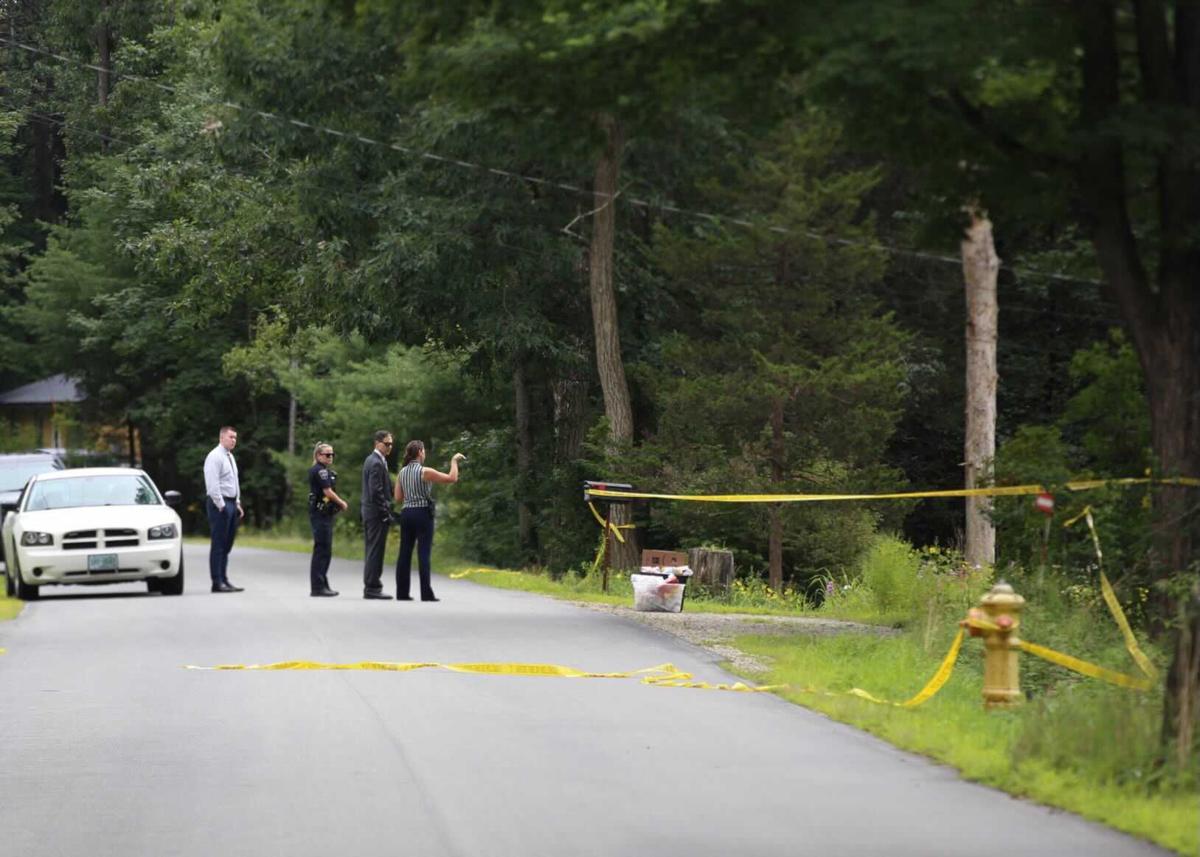 State and local law-enforcement officials responded Aug. 4 to Plain Road in Hinsdale, where authorities say David Lent killed his 12-year-old son and then himself. 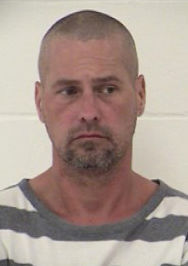 The N.H. State Police Major Crime Unit was involved in the response Aug. 4 to Plain Road in Hinsdale, where authorities say David Lent killed his 12-year-old son and then himself.

State and local law-enforcement officials responded Aug. 4 to Plain Road in Hinsdale, where authorities say David Lent killed his 12-year-old son and then himself.

Editor’s note: This article contains descriptions of suicide and other violence. These details are included because of their relevance.

HINSDALE — A mental-health counselor for David Lent, who authorities say killed his 12-year-old son and then himself this summer, reported days before the deadly incident that Lent was complying with his treatment plan, according to a county prosecutor — raising questions over the function of court-ordered counseling and its ability to prevent violence.

Lent, 47, of Hinsdale, had been going to regular counseling as a condition of his bail earlier this year in a separate case in which police say he assaulted a woman and barricaded himself inside a Fitzwilliam home with her and her young daughter.

Calling the Aug. 4 murder-suicide in Hinsdale a “horrible tragedy,” the prosecutor in that prior case, Martha Jacques, said she hadn’t heard of any issues with Lent’s mental state after he was released from jail. In fact, in the week before the murder-suicide, Jacques said his counselor wrote in a letter that he was fully compliant with the mandated treatment.

“Frankly, he was doing everything he needed to do,” Jacques told The Sentinel. “… I’m not sure what we could’ve done differently.”

But domestic-violence experts say the case points to deficiencies in the safeguards meant to keep people who are convicted, or even accused, of such crimes from doing further harm.

They argue that New Hampshire judges need more training on domestic violence to better understand why it occurs and that mental-health counseling is often insufficient to rehabilitate offenders. Instead, they call for additional treatment, such as courses aimed solely at changing abusive tendencies.

Lent was required to attend mental-health counseling, Jacques said, because it was clear he’d been suffering from “delusional behavior” when Fitzwilliam police arrested him last December on charges including domestic violence.

Police accused Lent in that case of striking the woman — who he knew — in her head and face and also putting her in a headlock, dragging her with his arm around her neck. During the incident, Lent was “screaming unintelligible statements” and acting “completely deranged,” according to an officer’s affidavit in district court.

Fitzwilliam Police Chief Leonard DiSalvo said at the time that police tried unsuccessfully to negotiate with Lent before forcing their way into the home. Lent then barricaded himself, the woman and the 4-year-old girl in a second-story bedroom but was taken into custody shortly after police entered the house, the chief said. (The woman suffered minor injuries, and the girl was not physically harmed, according to DiSalvo, who said he thought the incident was preceded by an argument that escalated.)

Police also accused Lent of punching a Troy police officer who helped arrest him. In addition to two counts of simple assault-domestic violence, he was charged with false imprisonment, endangering the welfare of a child, simple assault on a police officer and resisting arrest — all misdemeanors.

Lent was held for at least two months at the Cheshire County jail in Keene after a judge found that he posed a “credible threat” to the woman and her child.

By late February, however, Jacques — a Milford attorney who handles cases for area towns as part of Cheshire County’s circuit court prosecutor program — said his condition had stabilized with the help of new medication. Lent also had a job lined up in Vermont and planned to live either with his boss or at his parents’ house in Hinsdale, she said.

He was subsequently released, with Jacques agreeing in April not to prosecute the case if Lent attended regular counseling and remained on good behavior for three years, according to court filings. He was also prohibited from having contact with the woman and her daughter.

Jacques said the three-year continuation, which included court review hearings every few months, was the longest of any case she’s handled. The arrangement “should’ve worked beautifully,” she said.

“We don’t have a situation where we can lock people up who are compliant with their medications,” she said, noting the strict criteria for keeping someone involuntarily at N.H. Hospital, a psychiatric care facility in Concord. “That’s the way the state works now.”

Shortly before the first review hearing in Lent’s case, though, authorities say he killed his son, Tyler Gilbert, who lived in Vermont, while Tyler was visiting his father and grandparents on Plain Road.

A witness told authorities Lent then shot himself, and local police found a pistol next to his body. New Hampshire’s deputy chief medical examiner later confirmed that both he and Tyler died of gunshot wounds. The incident remains under investigation by the N.H. Attorney General’s Office, a spokeswoman said this week.

Of the state’s 21 domestic-violence homicides in 2018 and 2019, a firearm was used to deadly effect more than half the time, according to a report last year by the N.H. Domestic Violence Fatality Review Committee, which reviews those incidents and suggests policy changes to help reduce fatalities. The 12 domestic-violence homicides in 2019 were the state’s highest annual total in the preceding decade, the report found.

Jacques told The Sentinel that she didn’t know how Lent may have acquired a gun, which was prohibited under his bail conditions.

Despite the recent allegations of violence, she said it would’ve been uncommon to include Tyler in the protective order from Fitzwilliam because he wasn’t a victim in that case. Jacques added that she felt both the Fitzwilliam and Hinsdale incidents were due largely to Lent’s poor mental state rather than calculated acts of violence.

“It’s just a really tragic mental health crisis,” she said of the murder-suicide. “I don’t know what set him off that day. I wish I had been able to foresee that.”

Experts say, however, that mental health and poor anger management are too often blamed for acts of domestic violence, according to N.H. Coalition Against Domestic and Sexual Violence spokeswoman Alyssa Dandrea.

Dandrea, whose organization comprises programs in the state that offer services to survivors and inform policymakers on issues of domestic and sexual violence, said abuse is an “intended” form of violence — meaning perpetrators can, but choose not to, refrain from their actions.

While those people may also suffer from poor mental health or substance-use issues, Dr. Scott Hampton, director of the Dover organization Ending the Violence, said other factors — such as a desire for control — drive their violent tendencies. (Hampton noted that while alcohol can reduce one’s inhibitions, it doesn’t lead them to act on things they’ve never considered before, making it an excuse for, not a cause of, their violence.)

“There are plenty of people who have severe mental-health problems who don’t hurt anyone,” he said.

As such, Hampton argued that simply addressing a perpetrator’s mental health isn’t enough to help ensure they won’t be abusive.

That lesson was central to a 1998 murder-suicide in which Dover resident James Golightly killed his girlfriend, Traci Winship. Golightly had been arrested days earlier for allegedly violating a protective order by trying to acquire a gun, but he was released from jail after evaluators found he had no mental-health and substance-use problems.

The case, which led to the creation of the state’s Domestic Violence Fatality Review Committee, helped show that abusiveness is typically driven by other factors, according to Hampton, a member of that committee.

“What they should have asked is, ‘Is he going to harm someone?’ ” he said of Golightly’s bail evaluation. “And maybe if he is, is it due to a mental-health problem, is it due to a substance-abuse problem?”

In addition to getting that treatment, if needed, Hampton said abusers should also attend batterers’ intervention, an educational course meant to discuss and address the root causes of domestic violence. His organization offers a 36-week group course for people referred by the courts, probation officers and employers, as well as self-referrals.

Hampton said he “can’t imagine” that requiring Lent to attend batterers’ intervention would have been a bad move.

Jacques said, however, she doesn’t feel Lent would have been a good candidate for the program because his violence had seemingly been due to his poor mental health. She and Lent’s attorney, Joseph Frankel, never discussed any treatment options other than counseling, she said.

“I don’t think sitting in a group discussing better ways to handle your spouse would be an appropriate way to handle this,” she said.

Frankel declined to comment on the case, citing attorney-client privilege.

Since bail conditions are approved by a judge or bail commissioner, Dandrea argued that more education is needed to help people in those roles understand the root causes of domestic violence and appropriate treatment for offenders.

Often, Ashley said, a judge’s bail decision will take into account the Lethality Assessment Program analysis that first responders use in cases of domestic violence to identify high-risk victims. Judges also have broad leeway to mandate certain rehabilitative options for offenders, she said.

“It really is in the judge’s discretion, but typically the requests are going to come from the [attorneys],” she said. “… There’s no criteria for when we might order someone to participate in mental-health counseling versus not participate.”

People are usually referred to batterers’ intervention after having been convicted of domestic violence or having violated a restraining order, Hampton said. Rarely is it required of those awaiting trial, which he said could help reduce any risk of violence.

“I think the earlier we get people connected to services that address the problem, the better,” he said.

Jacques said last month, though, that she didn’t think anything could’ve kept Lent from killing Tyler and himself, “short of locking him up forever.”

“It’s always going to be a case that bothers me, but I don’t know what I would have done differently,” she said.

If you or a loved one is experiencing domestic violence, MCVP: Crisis & Prevention Center’s 24/7 hotline is at 1-888-511-6287. Confidential advocates are also available to help through New Hampshire’s Statewide Domestic and Sexual Violence Helpline at 1-866-644-3574.