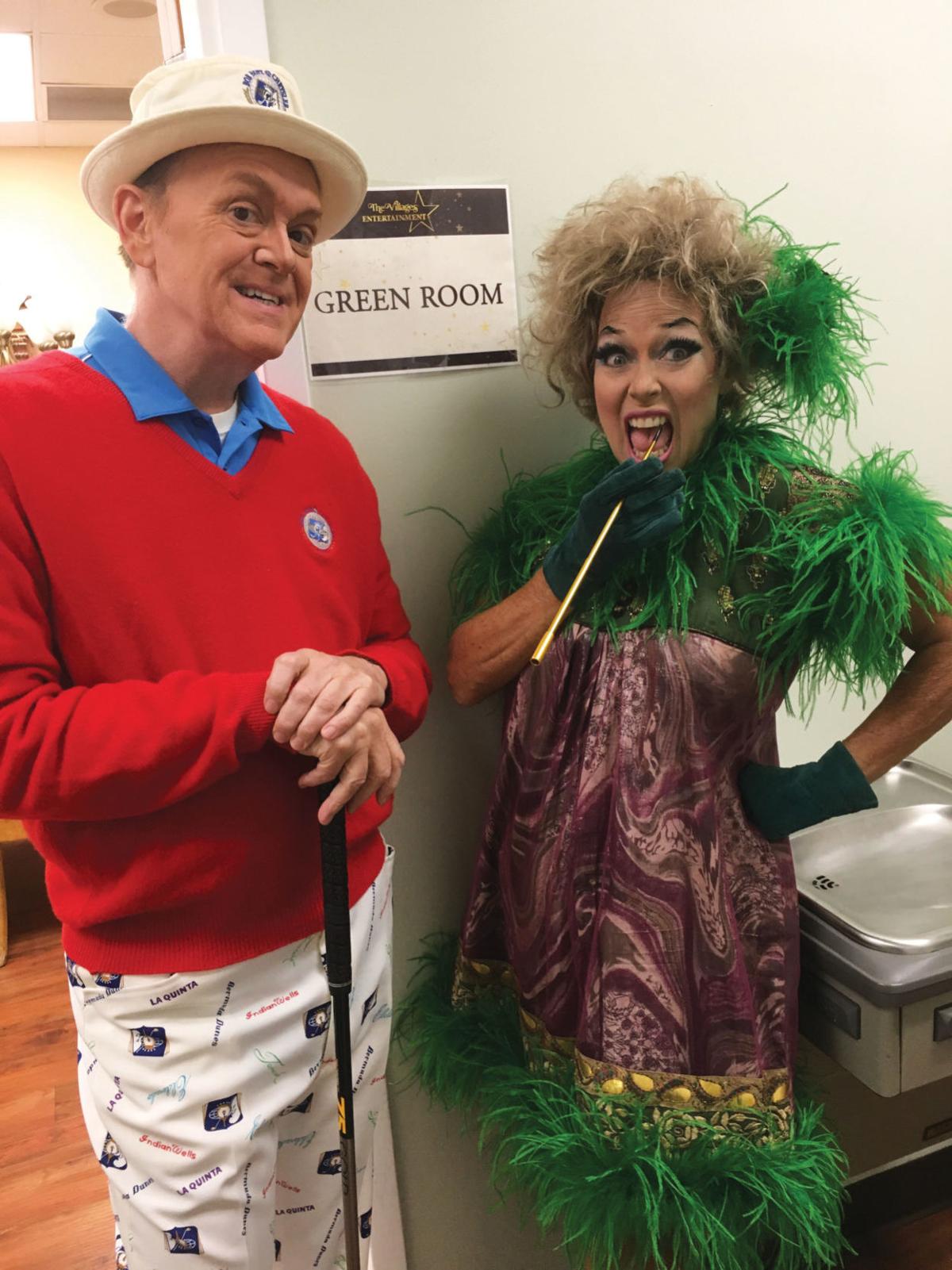 Bill Johnson as Bob Hope and Holly Faris as Phyllis Diller will be performing at this year's Duty Calls. 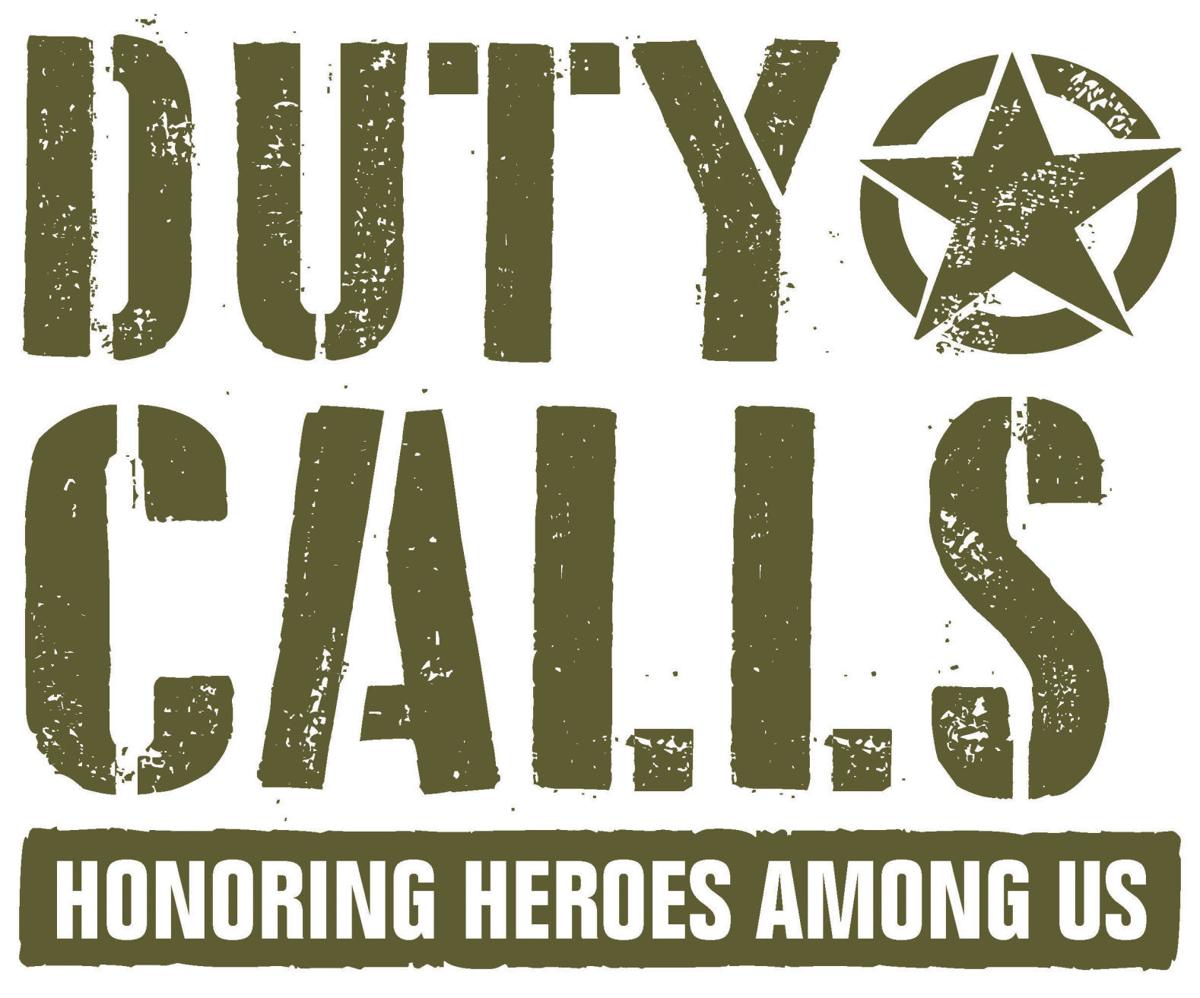 Bill Johnson as Bob Hope and Holly Faris as Phyllis Diller will be performing at this year's Duty Calls.

Attention! You are under command: Get to The Colonial Theatre Feb. 20 for a night of stellar entertainment on the double.

The second annual “Duty Calls: Honoring Heroes Among Us” event, presented by The Keene Sentinel and top sponsor Greenwald Realty Associates, honors military personnel, active and retired. A portion of proceeds from the USO-style variety show benefit The Warrior Connection, a Brattleboro-based organization that provides residential retreats and services to veterans and their families.

The USO, or United Service Organizations, was formed in 1941 by President Franklin D. Roosevelt as a nonprofit charitable corporation that provides live entertainment, such as comedians, actors and musicians, social facilities and other programs to members of the United States Armed Forces and their families. Roosevelt’s intention in creating the corporation was to boost military morale.

Bill Johnson, a nationally recognized Bob Hope impersonator, will once again serve as emcee of this year’s Korean and Vietnam War era-themed event. Hope was a pioneer of the USO show.

Johnson built his act around Hope’s first USO show material from March 1941 and the 50 years of material that followed. While each show he does is different, it’s based on the same history.

The show will feature a vocal performance from Michelle DellaFave, one of the Golddiggers, a group of backup singer/dancers on “The Dean Martin Show” in the ’60s and early ’70s. DellaFave also did two tours in Vietnam with Bob Hope.

Those programs gave her the opportunity to work alongside show business legends, including Frank Sinatra, Bing Crosby, Jimmy Stewart and Debbie Reynolds. She was a 2017 recipient of the United War Veterans Council Award for service to America’s Vietnam veterans.

Also performing at Duty Calls is Holly Faris, a celebrity impersonator with more than 20 characters in her arsenal. She will perform as Marilyn Monroe and comedian Phyllis Diller.

Faris said she has been doing impressions since her start as Mae West when she was 8.

“I was a constant disruption at family gatherings,” she said in a recent interview. “I was always fascinated with the way people walked and talked — I always mimicked people.”

Her career got a boost when she secured a two-year gig as Tina Turner in Aruba in the early ’80s, and she hasn’t had to solicit work since.

“I got very lucky,” said the Atlantic City, N.J., native. “I started doing revues and private and corporate events.”

A highlight was working as the opening act for the late Frank Gorshin. Her collaboration with Gorshin on a film, “Everything’s George,” led to her suggesting he do a one-man show as George Burns. She had input on all the material used for Gracie Burns and was the original voice for her in the Broadway show “Say Goodnight, Gracie.”

She, Dellafave and Johnson created their USO-style show together, performing everywhere from Moose and VFW lodges to retirement communities. The Vietnam War veterans love her Phyllis Diller impression, she said, while Korean War veterans like her Marilyn Monroe impersonation. She pointed out that Monroe never performed as part of Bob Hope’s USO tour.

“I love doing Marilyn because I can get away with murder if I just say it innocently,” she said. “As Phyllis [Diller], I have to be sharp. Although Marilyn Monroe was the smartest woman alive. Everyone loves Marilyn. She transcends nationalities, ages and genders. You say, ‘Happy Birthday, Mr. President,’ and everyone knows who it is.”

Faris believes she has a responsibility to the audience to perform as these characters.

“Otherwise they’ll all be lost,” she said. “It’s great entertainment.”

Duty Calls is looking for photo submissions of active-duty military personnel and veterans, which will be featured on the big screen at the theater during the show and in a special section published in The Sentinel. Photos may be submitted to gdesantis@keenesentinel.com or by using the form at www.sentinelsource.com/dutycalls

“Duty Calls: Honoring Heroes Among Us” takes place Thursday, Feb. 20, at 7 p.m. at The Colonial Theatre, 95 Main St., Keene, and is sponsored by Greenwald Realty Associates, Noyes Volkswagen, Fenton Family Dealerships, Brattleboro Hearing Center, Hillside Village and True North Networks. Tickets are $15 for military members and veterans, $20 for seniors and $27.50 for general admission and can be ordered by calling 352-2033 or at thecolonial.org. The show will be followed by an opportunity to meet the performers.