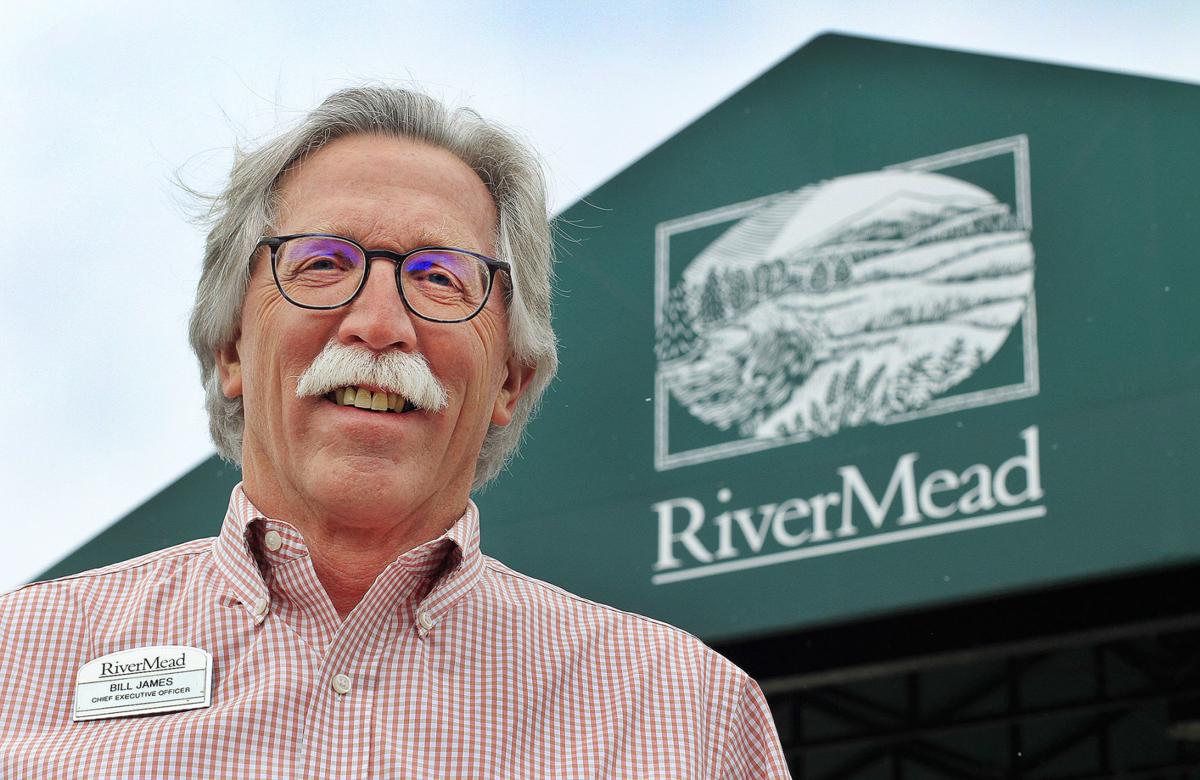 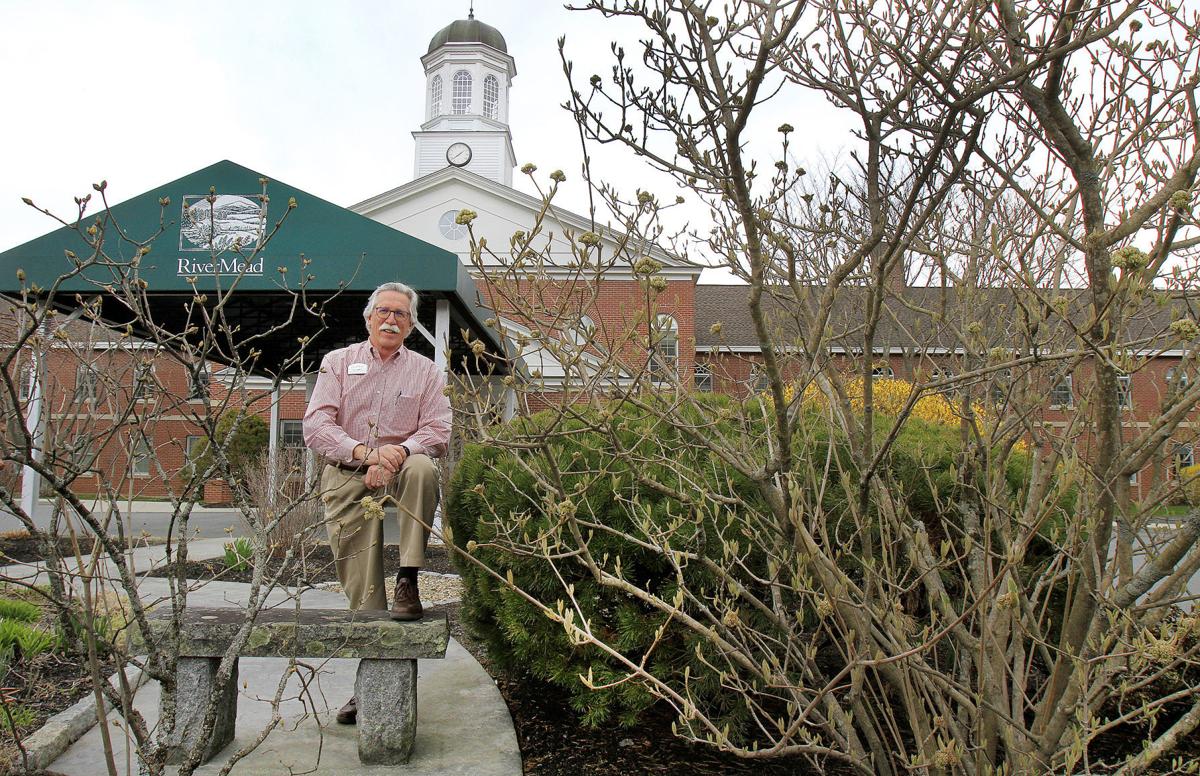 There isn’t much Bill James hasn’t seen during his long career managing retirement communities — on any given day a complex matrix of residents, staff, finances, board members, families, infrastructure and maintenance.

It’s an assembly line of challenges, the Keene resident said.

Then came the COVID-19 pandemic, and the world changed for everyone, and particularly in places where seniors live because the virus is deadlier for the elderly and medically compromised.

James, chief executive officer of the RiverMead retirement community in Peterborough, now faces a daunting and unexpected task — ensuring the health and safety of the 350 residents and 300 employees of the nonprofit institution. The continuing care retirement community offers independent-living apartments and assisted-care arrangements, up to full nursing treatment at its health center.

“It’s tested not only me, but everyone here. The leadership I am responsible for exhibiting and displaying uses every bit of knowledge, preparation and management skill I’ve acquired,” said the 69-year-old West Chester, Pa., native who was hired to the post in 2013.

“Everyone is on pins and needles,” he said. “It’s a moving target; we have to be very nimble.”

The number-one job now, he explained, is to implement every conceivable protocol to prevent the virus from breaching the confines of the 90-acre complex of buildings that comprises the community, which was established in 1995. So far, so good. As of this past week, RiverMead had seen no cases of COVID-19, he said.

Like many similar institutions at this time, family members and other visitors are not allowed. RiverMead’s dining facilities were closed in March, and residents receive “to go” meals delivered by staff from the kitchen. Visitors can leave care packages at the front desk, provided no “homemade items” are included. Groceries and other necessities from local merchants can be dropped off at the front desk, as well.

All programming, activities, excursions and fitness classes have been suspended until further notice.

Despite all of these challenges, James remains upbeat, with a positive and cheerful attitude he said has been with him throughout his life. That has helped him especially now, he noted, as he directs RiverMead through this crisis — the “long hours, steady emails, being on call 24 hours a day” and the tsunami of information about the virus from families, state and national government agencies, and the media.

Carl Amos Johnson, CEO of Grove Street Fiduciary in Peterborough, serves as treasurer on RiverMead’s board of trustees. He describes James as especially well suited to handle management matters, especially during this time of urgency.

“Bill is very calm, he’s very thorough and very gentle,” Johnson said. “I’ve seen him come up against very difficult situations and not get rattled, where others might get unsettled. With Bill, it’s the proverbial water off the duck’s back.”

James provides exceptional energy to the institution, according to Johnson.

“He works very well with the residents, with the staff, and with the board. That’s not always an easy task, but they’re the three legs on the stool, and he handles it all.”

James says his upbringing and background buttressed his natural tendency to keep an even keel.

“I was raised on a farm in Pennsylvania,” he said. “It was a good, great education. I learned the work ethic; there was no getting around the fact that there was a lot of work, but I learned the importance of having fun while you’re working. It’s so important to be able to smile, even in tense atmospheres. Humor is so important. That gives other people the courage to cope with situations.”

James’ career and life have taken a circuitous route.

After graduating from high school, he enrolled in Brandywine College in Wilmington, Del., now part of Widener University of Chester, Pa., and earned an associate’s degree in business. From there, he enrolled at Penn State University and gained a bachelor’s degree in agriculture.

After Penn State, he got a job with the Farm Credit System, a nationwide network of lending institutions serving farmers. He worked there for 16 years, out of its Wilmington office.

“It was there I was able to merge my love of farming with a love of business,” he says.

At this time, too, he and his wife, Sally, who he had met through his sister, began to raise a family, which eventually grew to four sons — a household he describes as “having a lot of energy.”

When Sally was a therapeutic recreation director at a facility for senior citizens, James met many of her coworkers, and admired their spirit and devotion to their clients.

“They impressed me. They were engaged and strong; they cared so much for the people they were serving,” he recalled.

That spurred him to begin thinking about changing careers, to one in which he could help care for seniors by managing retirement communities.

“The problem was I didn’t have any experience in that field. I had to convince people that I had transferable skills so I could get my foot in the door.”

He succeeded and was hired as executive director of Ingleside Homes, a high-rise retirement community in Wilmington, where he stayed for three years.

“It was an eye-opener for me,” he said. He discovered he very much enjoys working with older people.

“It’s energizing, my passion for serving an older adult population,” he explained, acknowledging that he is now part of that group.

After his stint at Ingleside, his career progressed, and he climbed the ladder with increasing management responsibilities at larger facilities.

He was hired as executive director of the Country House of Wilmington, followed by the same position at Freedom Village at Brandywine in Chester County, Pa. He went on to become chief executive officer of Foxdale Village in State College, Pa., where he stayed for 13 years.

Next stop was CEO at RiverMead.

“I love the mission of this organization,” James said, “trying to provide an engaged, enriched lifestyle for residents. Sometimes it just amazes me what people are doing at their ages.”

Shortly after he arrived at his new job, James took on volunteer commitments, serving on the boards of the Greater Peterborough Chamber of Commerce, Monadnock Community Hospital and The Community Kitchen in Keene. He now also serves as a board member of the Greater Keene Chamber of Commerce, assisting its committee to market the Monadnock Region to prospective businesses.

“We’ve always been involved in our community as a couple,” he said. “I learned that growing up; my parents volunteered a lot, and I’ve done so throughout my career.”

He also serves on the Clarence DeMar Marathon Committee of the Keene Elm City Rotary Club, of which he is a member.

A longtime runner, James participated in his first half-marathon at the DeMar two years ago. Then, while running in last year’s half-marathon, he suffered a mild heart attack.

That has curtailed his running somewhat, but he and Sally are still avid hikers, bicyclists and gardeners.

“We absolutely love Keene and the region,” he said. “The lifestyle is wonderful, and it fits so well with our love of the outdoors. Keene has a lot of energy and is surrounded by such beauty.”

At a glance: Bill James