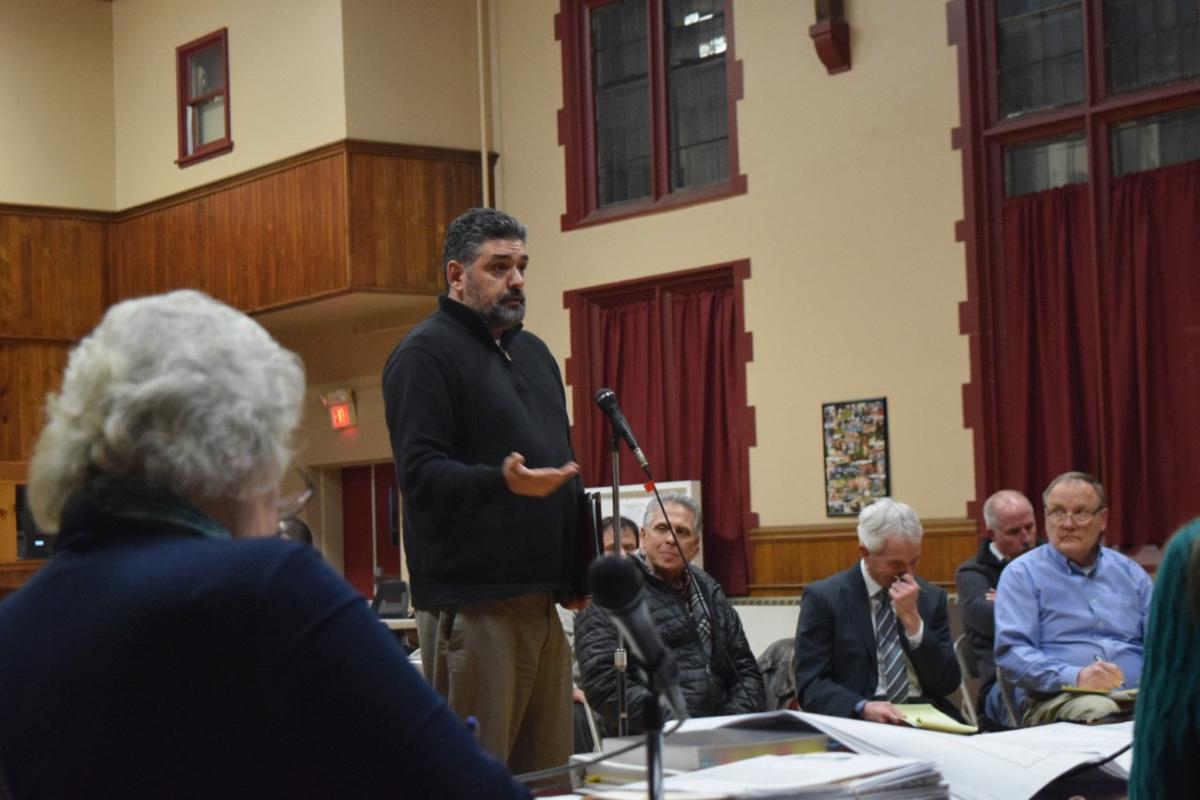 As the Winchester Planning Board considered, and ultimately approved, a revised proposal for a Dunkin’ Donuts in town Monday night, Nicolas Bosonetto raised concerns about the traffic study accompanying the proposal. 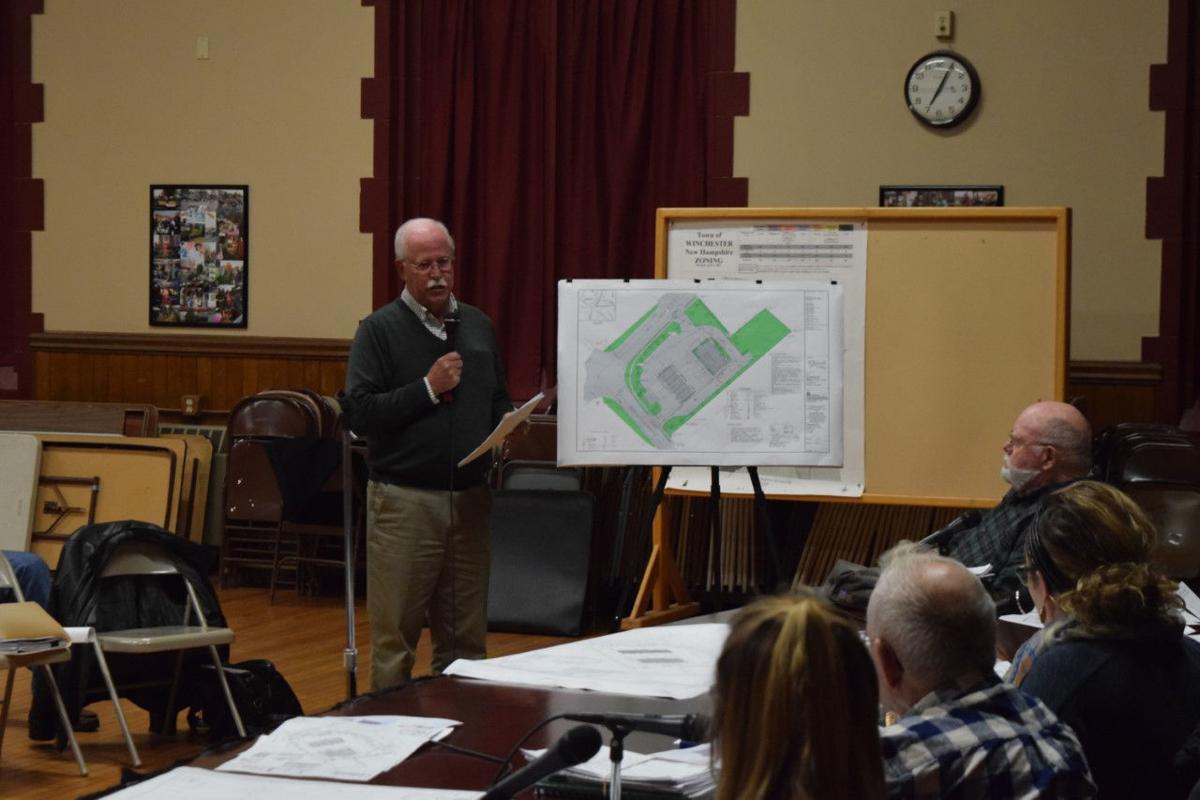 James Phippard, a Keene-based consultant with Brickstone Land Use Consultants LLC, addresses the Winchester Planning Board at Monday night's meeting.

As the Winchester Planning Board considered, and ultimately approved, a revised proposal for a Dunkin’ Donuts in town Monday night, Nicolas Bosonetto raised concerns about the traffic study accompanying the proposal.

James Phippard, a Keene-based consultant with Brickstone Land Use Consultants LLC, addresses the Winchester Planning Board at Monday night's meeting.

WINCHESTER — A new chapter unfolded in the decade-long effort to bring a Dunkin’ Donuts to town, with the Winchester Planning Board unanimously approving a revised proposal following a public hearing Monday night.

The coffee and doughnut shop will still have the drive-thru connected to a gas station and convenience store, as previously approved for the site at 4 Warwick Road. However, the modified plans account for the additional space of an adjoining parcel of land purchased by the project’s developers. This will allow for the building to be expanded slightly and to sit farther back from the road, increasing driver safety around the busy intersection of Routes 10, 119 and 78, according to Gary Kinyon, the attorney representing the Dunkin’ franchise.

It will also allow for a longer drive-thru and larger store, he said.

The new plans feature a buffer from the intersection with an island of grass and trees wrapping around the corner, right-lane easements for cars turning into the property, and two-way modified driveways.

The N.H. Department of Transportation (DOT) could decide that the driveways will allow only right turns in and out, according to Frank Linnenbringer, who issues DOT driveway permits in the region.

Teofilo Salema — known locally for his ownership of other Dunkin’ Donuts in the Monadnock Region — is S.S. Baker’s registered agent and manager.

The plaintiff in the Supreme Court case was Kulick’s Inc., whose owner, Stanley S. Plifka Jr., has strongly opposed the project. Kulick’s is a grocery store with gas pumps at 30 Warwick Road.

Plifka has expressed concerns about a potential saturation of traffic through the busiest intersection in the town, the environmental and safety logistics of establishing another gas station, and the threat the nationwide franchise could pose to surrounding small businesses.

Joining Dowd was Nicolas Bosonetto of Richmond, a traffic engineer representing a property abutter relative to the traffic study accompanying the revised proposal.

In a lengthy monologue, Bosonetto questioned the methods used for the traffic study conducted by James Phippard, a Keene-based consultant with Brickstone Land Use Consultants LLC.

Bosonetto’s main qualm with the revised plan was around sight-line measurements taken at the points of entry.

Harkening back to when a previous iteration of the project was going through the planning board process, Bosonetto argued that a residential shrub would prove dangerous to drivers pulling in and out of the gas station and drive-thru.

“That’s how people get killed,” he said.

Phippard, one of the few traffic engineers in the region, defended his methods.

“I want to confirm to the board I know how to measure sight distances,” Phippard said to some laughter in the room. “I have been doing this for 42 years. I have a master’s degree in civil engineering.”

Planning board member Dean Beaman made a motion to approve the modified proposal Monday, which was seconded by Jordan Sharra.

S.S. Baker’s will have to meet several conditions in the board’s decision for the Dunkin’ Donuts to move ahead with construction, such as obtaining permits from the water and sewer departments, adhering to runoff and sediment regulation, planting 20 trees along the perimeter of the property, and keeping the gas pumps open 24/7.

The realty company could have gone forward with the project following the 2016 high-court ruling, but it was able to acquire the abutting parcel and modify its plan as a result, Margaret Sharra, the town’s land use administrator said.

She said there is still a 30-day window for Monday’s decision to be appealed.