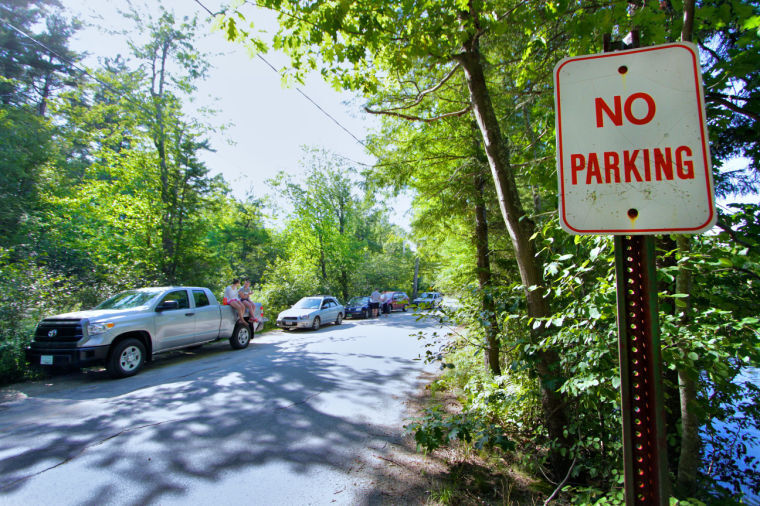 Cars are parked near Dublin Lake in 2014. Parking is prohibited in some areas of Lake Road, which encircles the lake, and the selectboard is considering banning all parking on the shoreline shoulder. 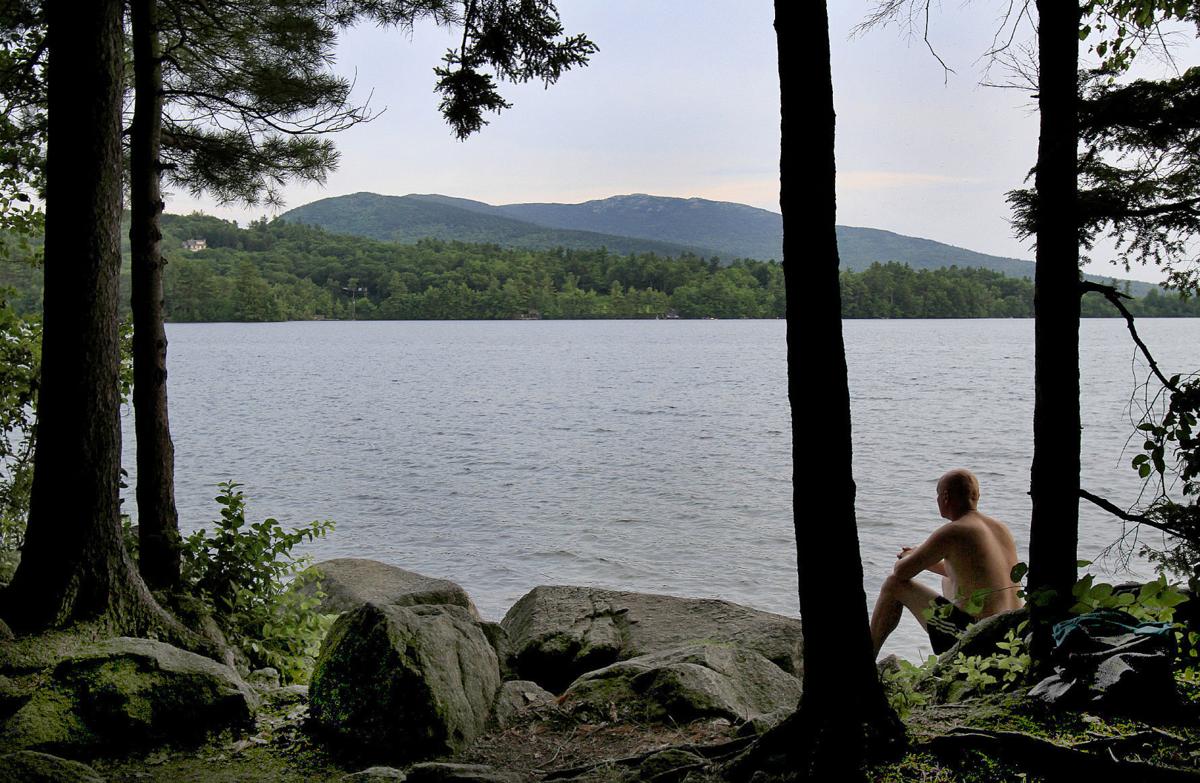 After a dip in Dublin Lake during a July evening in 2019, Aldin Ugljanin of Mont Vernon sits by the water’s edge in a cooling breeze with a view of Mount Monadnock.

Cars are parked near Dublin Lake in 2014. Parking is prohibited in some areas of Lake Road, which encircles the lake, and the selectboard is considering banning all parking on the shoreline shoulder.

After a dip in Dublin Lake during a July evening in 2019, Aldin Ugljanin of Mont Vernon sits by the water’s edge in a cooling breeze with a view of Mount Monadnock.

DUBLIN — The selectboard is considering a plan to limit parking near Dublin Lake, which town officials say is needed to ensure safe passage for emergency vehicles and other drivers, as well as to protect pedestrians.

Selectboard Chairman Chris Raymond said the town has heard concerns from public safety officials that vehicles parked on lakeside roads could block emergency responders from getting to a fire in the area or a health crisis on Mount Monadnock, which is nearby.

The complaints have also come from local residents and increased last year, according to Raymond, who said an influx of people hiking the mountain’s Pumpelly Trail — which has its trailhead on Lake Road — during the COVID-19 pandemic caused even more vehicle traffic.

“There were many instances when this was a significant issue,” he said. “… For the people that are merely driving through, it’s kind of scary.”

The selectboard presented its proposal to ban parking on the shoreline shoulder of Lake Road, which encircles most of the lake, at a public hearing held virtually April 19.

Public feedback at the hearing was largely positive, according to meeting minutes, though some residents encouraged the board to enact even stricter regulations.

Echoing that concern, Road Agent Roger Trempe said the town’s Highway Department could consider widening Lake Road’s shoulder to create more space for parking on the opposite side of the road.

A boat launch at the west end of the lake — which is open to the public — can accommodate about eight cars, Trempe said Wednesday. However, vehicles with boat trailers often reduce the available space, he said.

Attendees at the April 19 hearing also voiced concerns that too many people park along the road when using Dublin Lake or Pumpelly Trail, according to the meeting minutes.

Parking for that trail — which, at about four miles, is among Mount Monadnock’s longer routes — is free, whereas people hiking from trailheads with parking lots must pay for a day pass. There is no available land near Lake Road to create a parking area for Pumpelly Trail, according to Raymond.

Residents suggested limiting congestion by issuing parking passes, imposing time limits for spots near the lake or encouraging people to park in downtown Dublin and carpool to the area.

Raymond said Wednesday that parking near Pumpelly Trail is “really what triggered” the proposed restrictions. Noting that the congestion also poses a safety issue for hikers and other pedestrians, he said town officials don’t intend to discourage use of the trail but instead hope to “control parking in a safe fashion.”

Parking is already prohibited on the shoreline shoulder of Lake Road near the Pumpelly trailhead, according to Dublin Police Chief Timothy Suokko. Other existing restrictions prevent parked cars from blocking the road and nearby driveways, as well as from facing oncoming traffic, he said.

Raymond said some hikers park on the shoreline shoulder where it is allowed a short distance away and walk to the trailhead. Other people park on that shoulder and use the lake or recreate elsewhere in the area, he added.

Dublin Fire Chief Thomas Vanderbilt said Wednesday that fire crews have not yet encountered an instance in which they couldn’t get past vehicles parked on Lake Road, though he said “the potential’s been there” due to congestion. When cars park on both shoulders, Vanderbilt said, it leaves only one lane open and could keep emergency responders from getting to a crisis situation.

The selectboard will resume discussing the parking restrictions after town meeting Saturday, according to Raymond.

If enacted by the board, the ordinance would effectively prohibit parking on both sides of Lake Road in some places, he said, since those areas already forbid parking on the shoulder opposite the lake.

Raymond said the board would evaluate the effect of any new parking regulations for a year and “make changes accordingly” if it isn’t satisfied with the result.

Multiple Harrisville residents also attended the selectboard’s April 19 hearing, as that town is dealing with similar parking issues at Silver Lake. The Harrisville selectboard is considering a plan to cap the number of public spaces near a boat ramp at the lake, where parking is currently allowed on both sides of the road.