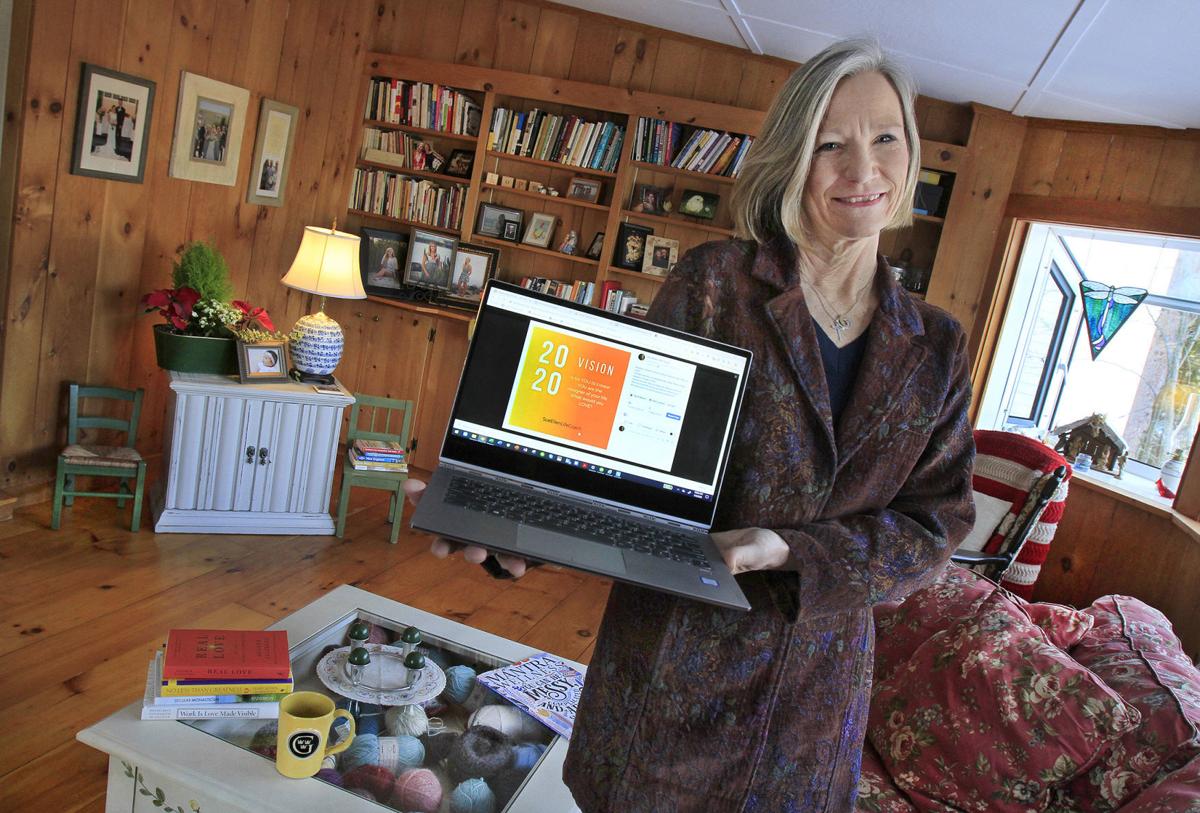 Sue Ellen Sweeney, in a room in her Keene home that she works from, often video-conferencing with clients. 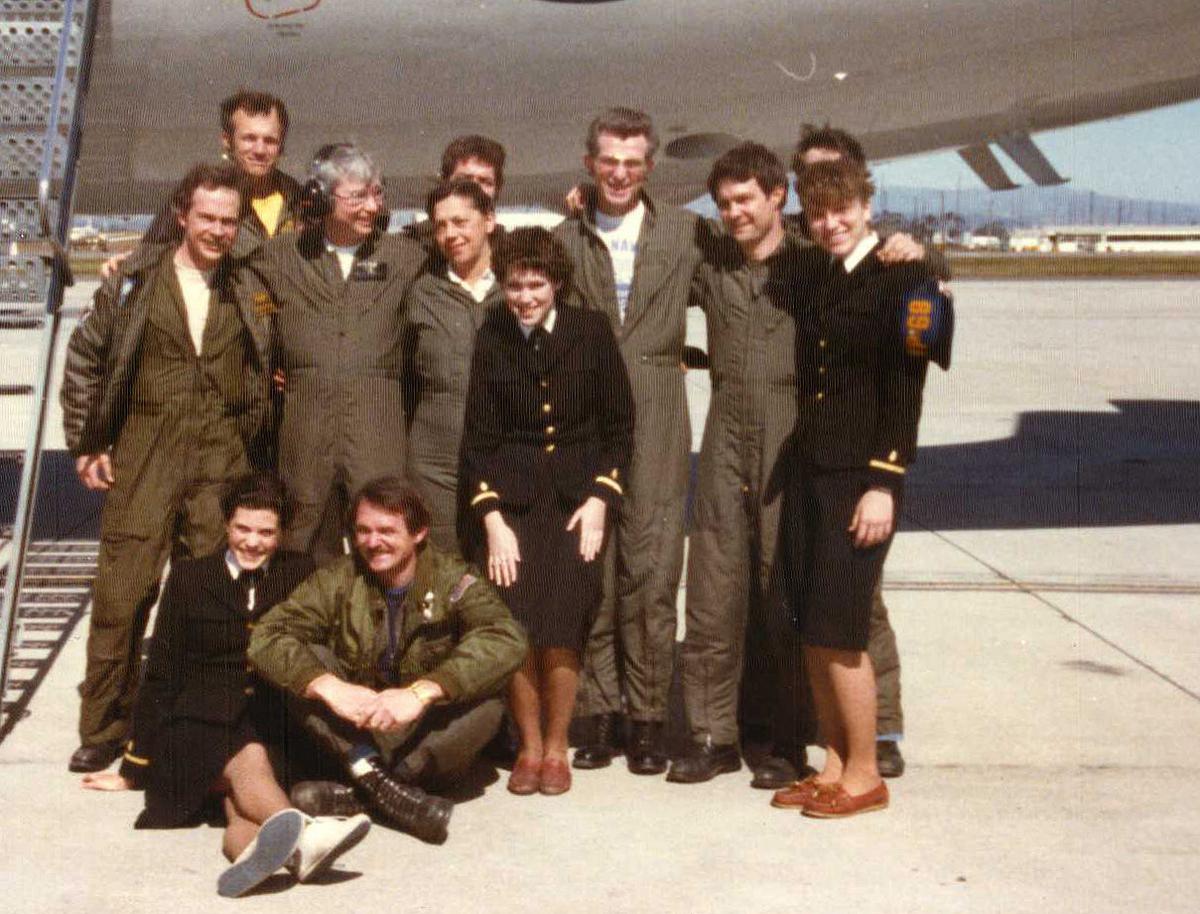 Sue Ellen Sweeney is shown here in 1983 on leave with Navy friends, set to depart  Washington, D.C., for California on a "space available" military plane. They were required to wear their uniforms. 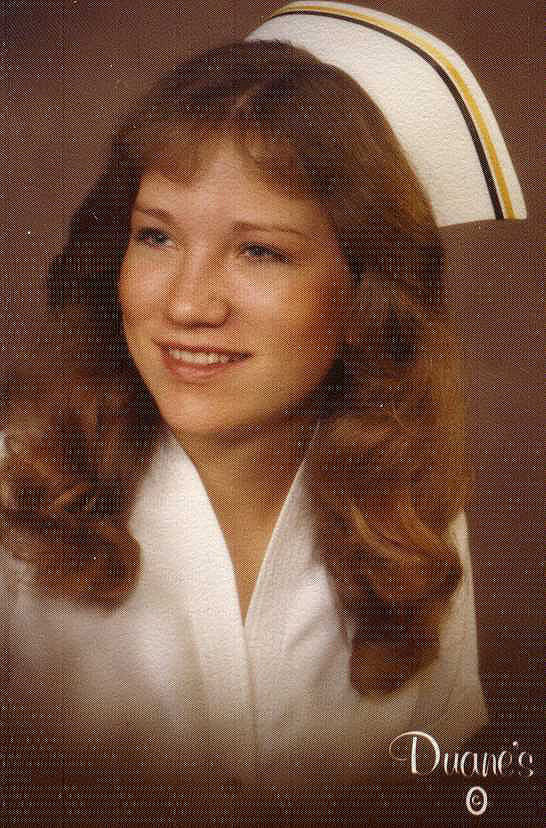 Sue Ellen Sweeney is shown today and in a nursing-school graduation photo in 1982. 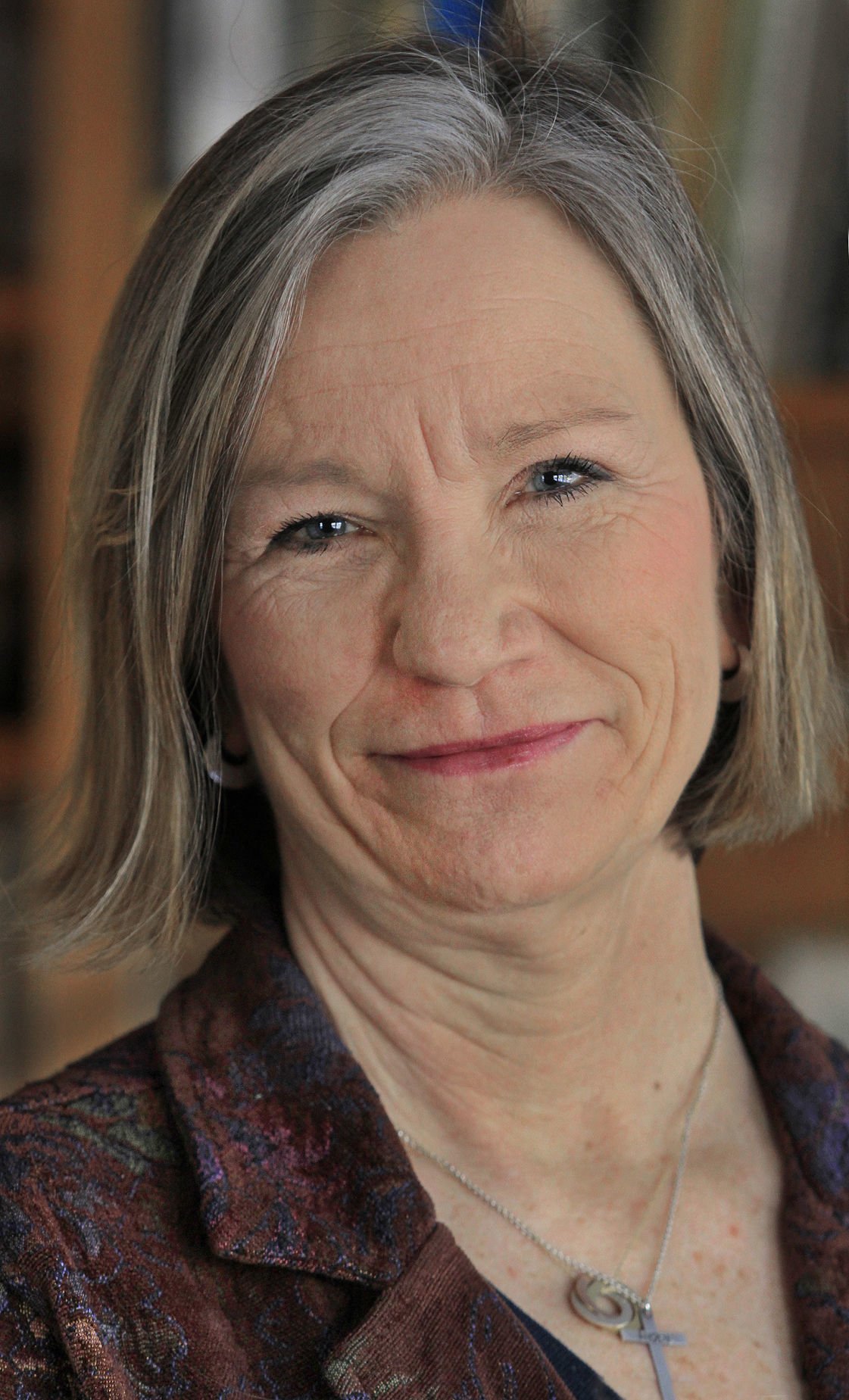 Sue Ellen Sweeney, in a room in her Keene home that she works from, often video-conferencing with clients.

Sue Ellen Sweeney is shown here in 1983 on leave with Navy friends, set to depart  Washington, D.C., for California on a "space available" military plane. They were required to wear their uniforms.

Sue Ellen Sweeney is shown today and in a nursing-school graduation photo in 1982.

When Sue Ellen Sweeney moved to Keene in 2013, the city reminded her of a slightly larger version of her native home of Two Harbors, Minn., on the western tip of Lake Superior.

“My hometown was kind of like Lake Wobegon,” she says, referring to the mythical Minnesota locale created by noted humorist and radio host Garrison Keillor, who on his show “Prairie Home Companion” described a place “where all the women are strong, all the men are good-looking, and all the children are above average.”

She laughs as she describes that, the Lake Wobegon analogy applied to Keene, her smile telegraphing a kind and gentle nature. “I like the size of this town; it feels like northern Minnesota as far as people who are committed to their community and who value education.”

Sweeney, 59, has lived many places, played different roles and worked varied jobs — many as a nurse — and in 2016, launched a practice here named Sue Ellen and Hope: Transformational Life Coach and Life Mastery Consultant, helping people navigate transitions and achieve professional and personal goals. She’s quick to point out, though, that life coaching is not a psychological counseling service. Rather, it’s a way for people to discover inner resources they need to enhance their lives, health, relationships and careers, she says.

Her own story is illustrative of what she helps people do — take control of their destiny and reach personal fulfillment.

“In my life, I have journeyed through many transitions, both joyful and painful,” she says, including the recent discovery of a cancerous tumor in her lung, which had not metastasized and was successfully removed with surgery.

Sweeney’s story begins back in Two Harbors, which was founded as a railroad and shipping hub for the huge Mesabi Iron Range in Minnesota, a major source of ore for the rapidly industrializing United States in the 19th and 20th centuries. Her father, Wallace, was a school counselor and her mother, Ellen, a nurse. The family, as well as much of the town, were devout Lutherans of Scandinavian heritage.

After high school, Sweeney attended Gustavus Adolphus College, a Lutheran institution in Saint Peter, Minn., where she earned a degree in nursing.

“I was a serious student and very driven,” she says.

Following graduation, she joined the U.S. Navy Nurse Corps, the result of “a very savvy recruiter” who convinced her it was a wonderful way to see the world, as the old Navy recruiting slogan goes, and who promised that she and a friend could join and serve together. Plus, there was a glut of nurses at the time in civilian hospitals, so it made sense to enlist, she says.

She was assigned to the Bethesda Naval Hospital in Maryland, now known as the Walter Reed National Military Medical Center. Her first job there was in the medical-surgical unit, and she found herself treating wounded soldiers, prominent members of Congress, generals and admirals. Later, she transferred to the hospital’s psychiatric section.

“I grew up quickly in the Navy,” she said. “It was a wonderful place for me; I learned management skills and saw a much larger perspective of the world. Those promises the recruiter made ended up being true.”

After her three-year stint in the Navy, she married a surgeon she had met at the hospital. The two of them began a family that would eventually grow to six children.

“We moved 12 times in six states,” she says, first with military postings for her husband, later with other medical jobs when he was a civilian surgeon. “It was a challenge, but I’m passionate about parenting and family life. [The children] have always been my priority. I’ve always felt that the best opportunity to learn about yourself is by parenting.”

While raising a family, Sweeney also kept her nursing license current, and earned a master’s degree in family health nursing from Binghamton University in New York, which is part of the State University of New York system. At various times during this period, she also worked with Head Start, at a pediatric cancer unit, as a school nurse and as a part-time instructor of nursing at Anna Maria College in Paxton, Mass.

As fulfilling as it was to be the mother of six “beautiful” children, Sweeney says that as they were all reaching adulthood, she hit a mental wall.

“I’d been so focused that I’d lost touch with myself and my life,” she admits. “I began to ask, ‘Who am I?’ and I got a lot of responses from within myself.

“I lived to serve, but what I regret was I didn’t include myself in my own life; I didn’t take time to reflect if that was good for me,” she explains. “There is a part of you who really knows who you are, and there was a disconnect between what I was living and what I was.”

She and her husband went through what she describes as a traumatic divorce in 2011, and she eventually moved from their home in Worcester, Mass., to an apartment.

She got a job as a nurse clinician at Community Healthlink, a mental health facility in that city, working as a case manager with young families with children needing early intervention to meet developmental milestones. She also worked with teenagers with substance-use issues.

Then, in 2013, she moved to Keene because of its proximity to both the Brattleboro Retreat, where she got a job, and her family in Worcester.

She became an inpatient psychiatric nurse both at the Retreat and in Cheshire Medical Center’s mental health unit, which is now closed. She remains on staff at Cheshire Medical as a part-time nurse with its Behavioral Health Team. Up until 2016, she also served as an adjunct faculty member in Keene State College’s nursing program, teaching psychiatric nursing.

That year, she began her life-coaching practice.

It was through the painful experience of the divorce and its aftermath that she eventually gravitated toward life coaching, a relatively new yet growing field.

“My personal learning and growth have been highly beneficial to my healing, and my message is that it’s important to focus more on what we want and are grateful for than what is challenging us,” she says. “We get more of what we place our attention on, and life is in the moment, in the present.”

To learn life coaching, she was trained and certified as a Transformational Life Coach with Life Mastery Institute, founded in 2009 by Mary Morrissey.

Sweeney notes that many people, through a matrix of fear, inertia or habit, fail to realize that they’ve fallen into ruts that prevent them from realizing who they are, what they want and how to progress to achieve substantial change in their lives.

“We’re so often stuck doing the same thing,” she says. “Some people live 90 years, but some just live one year 90 times over. Life is about the questions, and a part of us has the answers.”

Another motivating factor in her becoming a life coach is she no longer wanted to work in what she calls “problem-centered” psychiatric care.

“I didn’t want to spend 20 minutes with someone and then just have drugs prescribed; I didn’t want to become part of the medical model,” she says. “I take what I call the ‘evocative approach,’ helping people find their own personal strength. Live by design, rather than default.”

At a glance: Sue Ellen Sweeney