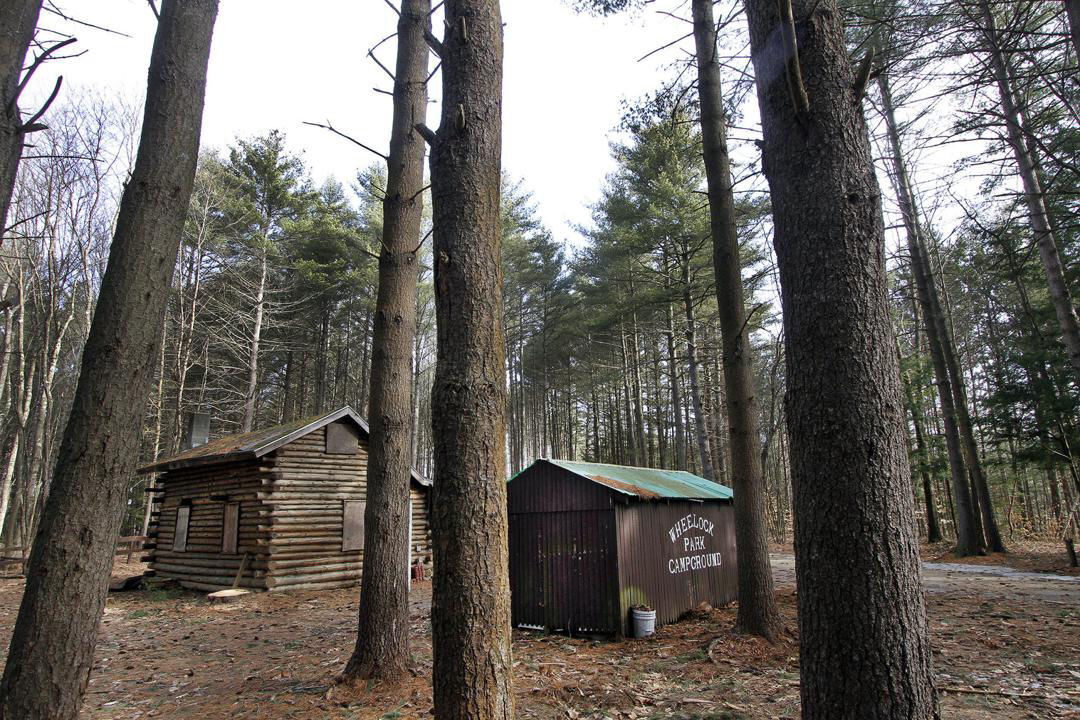 The Wheelock Park campground space in Keene, as shown in 2018, could house a dog park, a disc-golf course or, potentially, both. 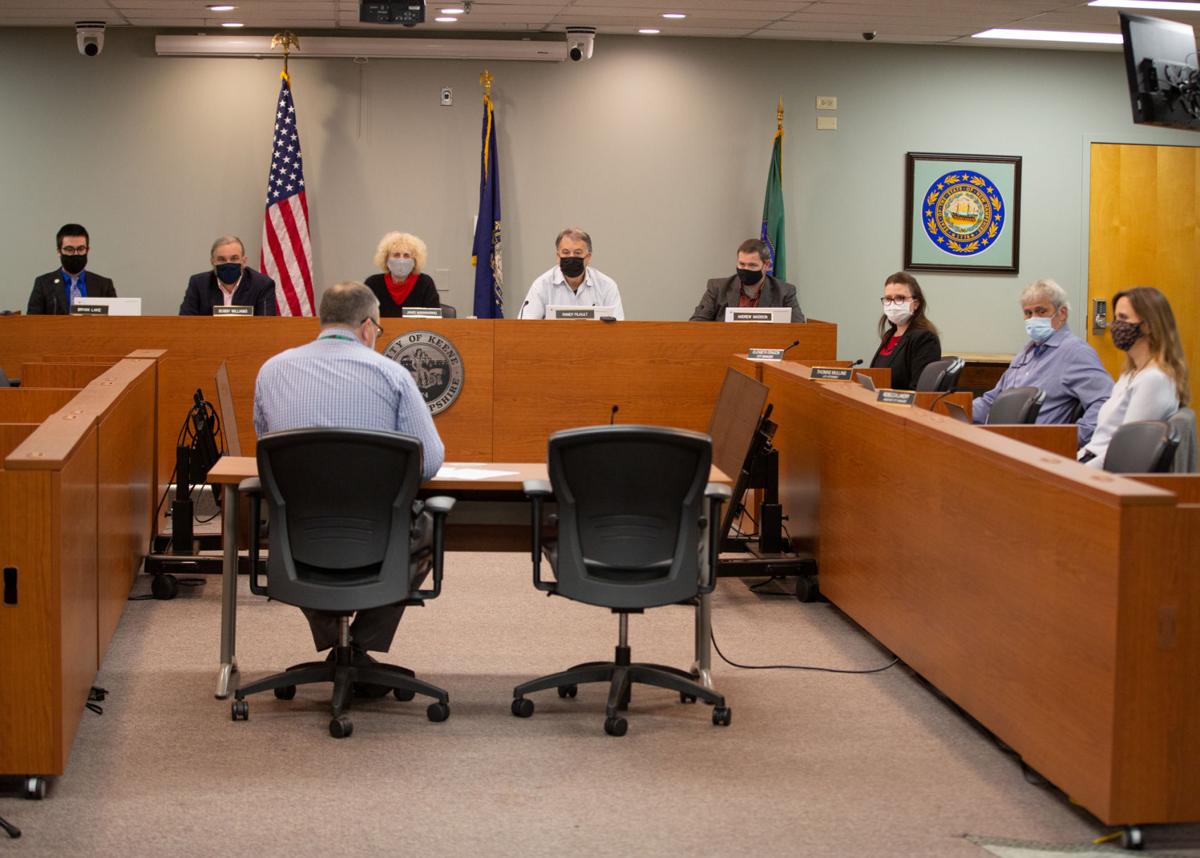 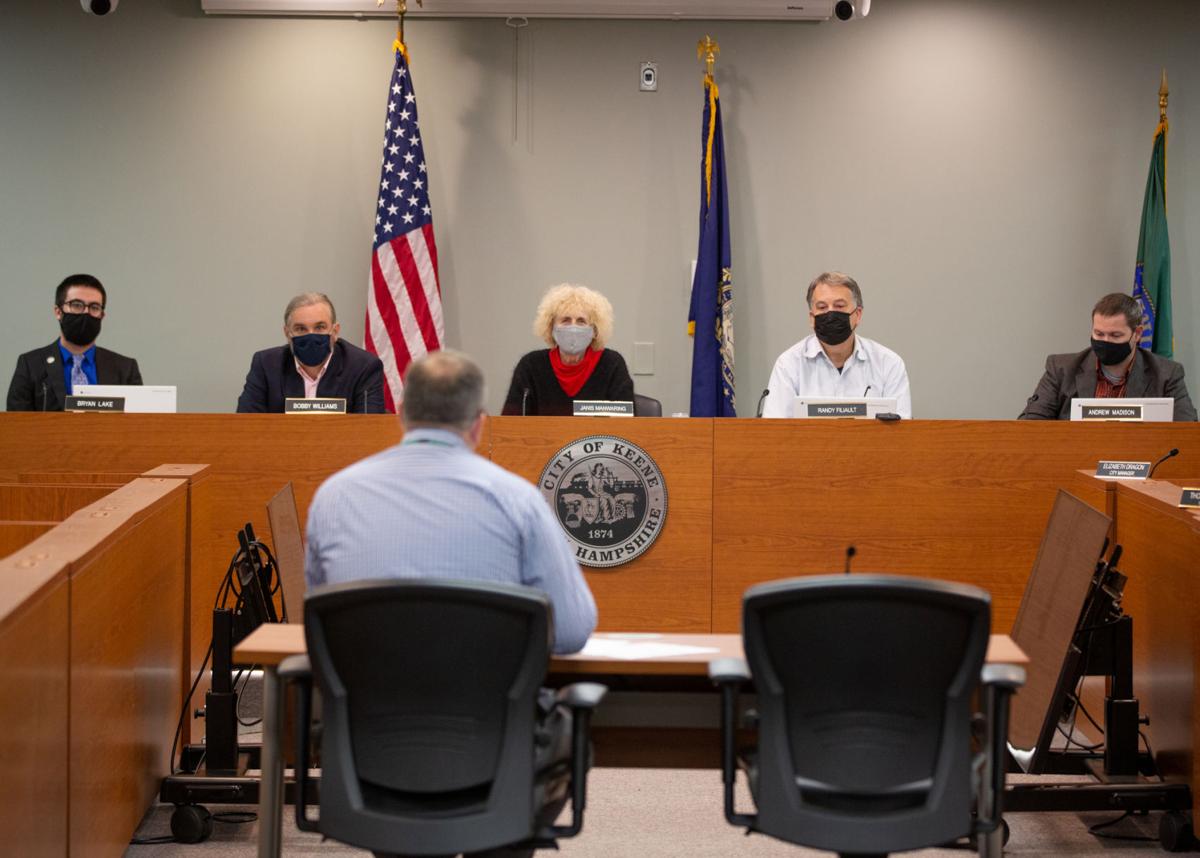 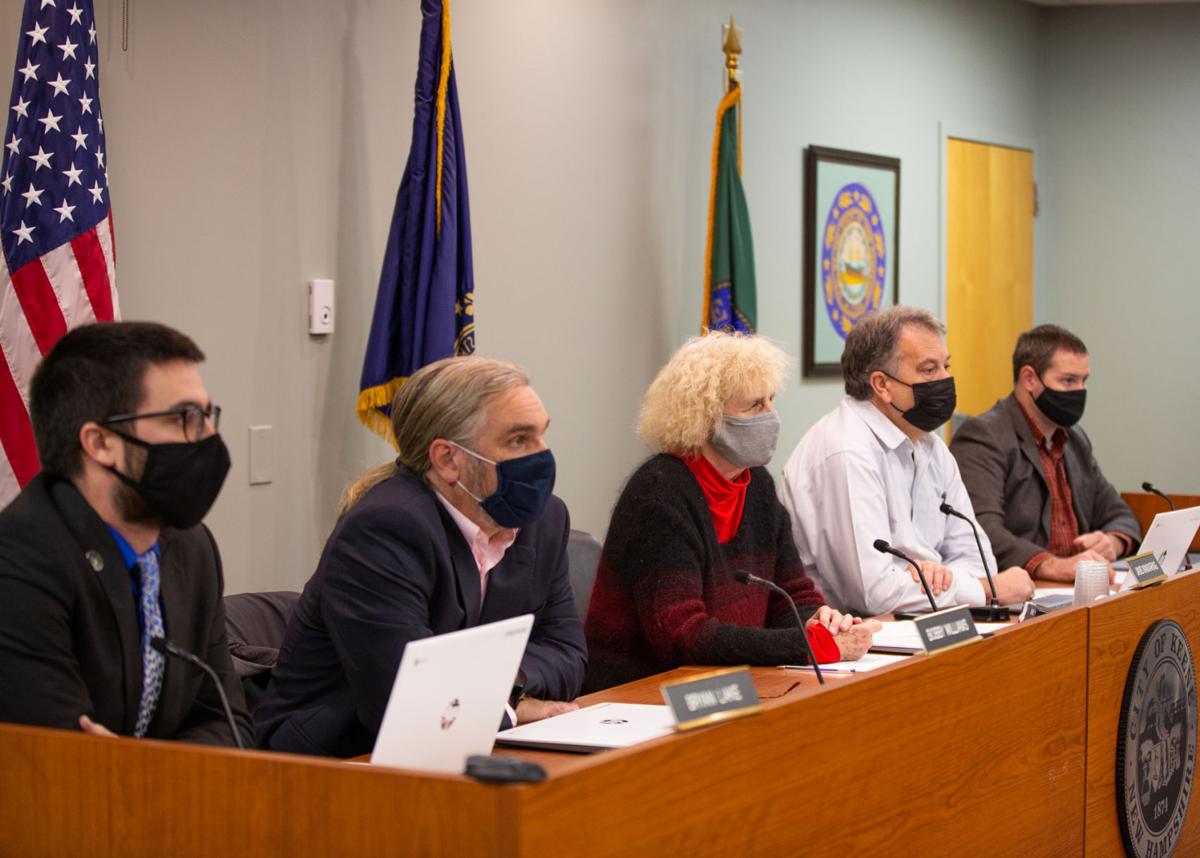 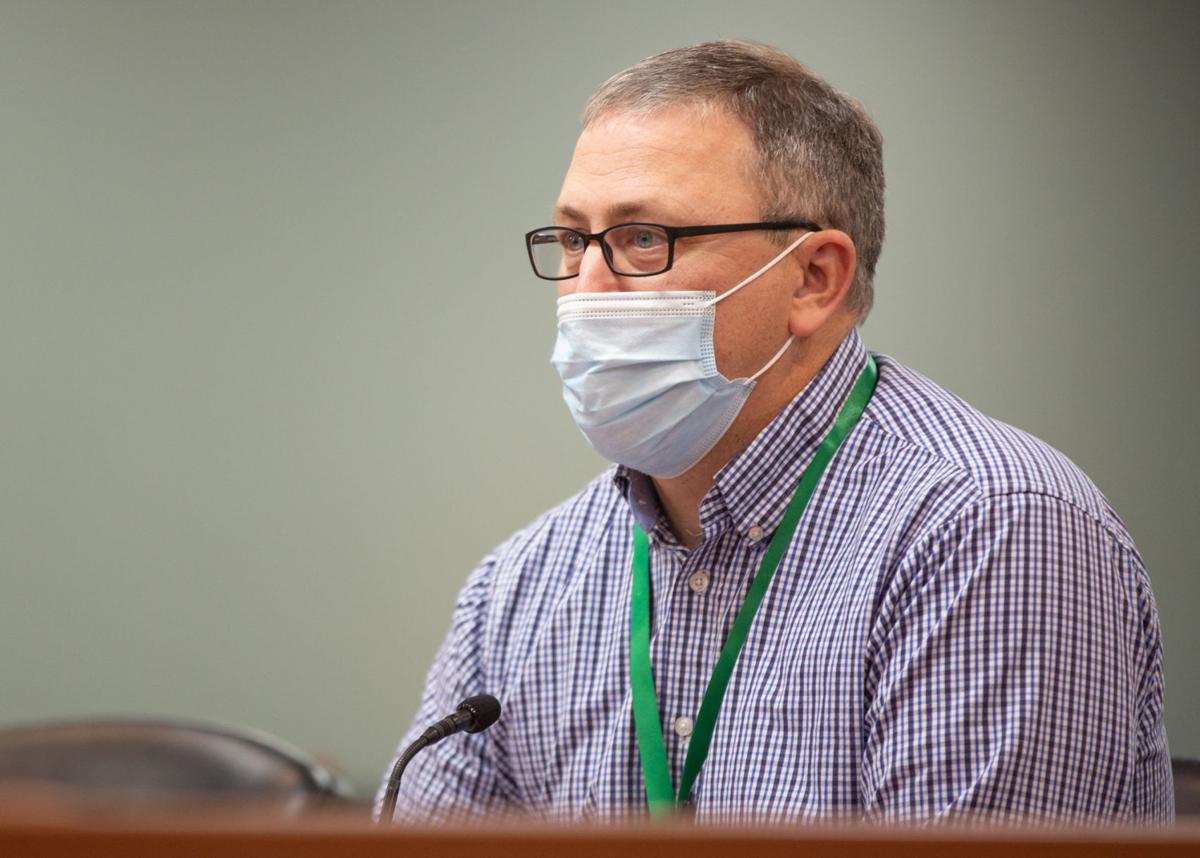 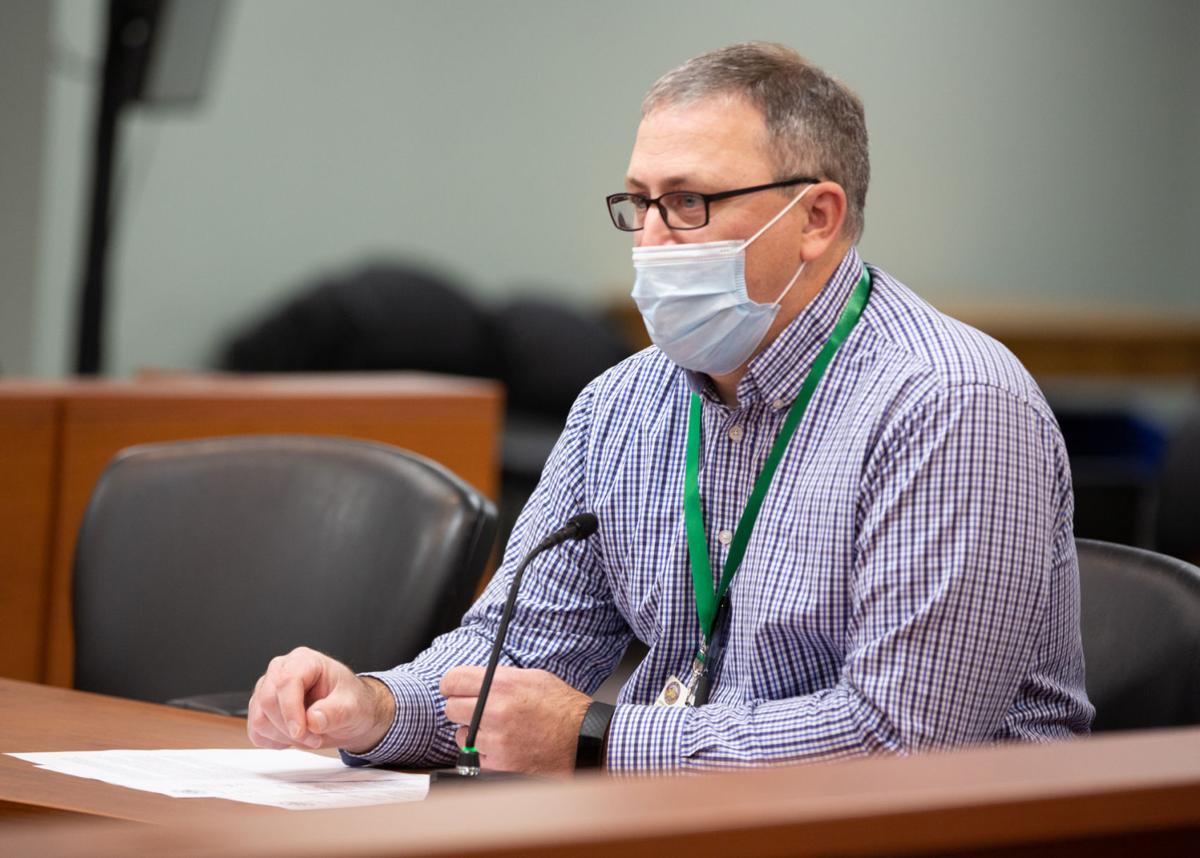 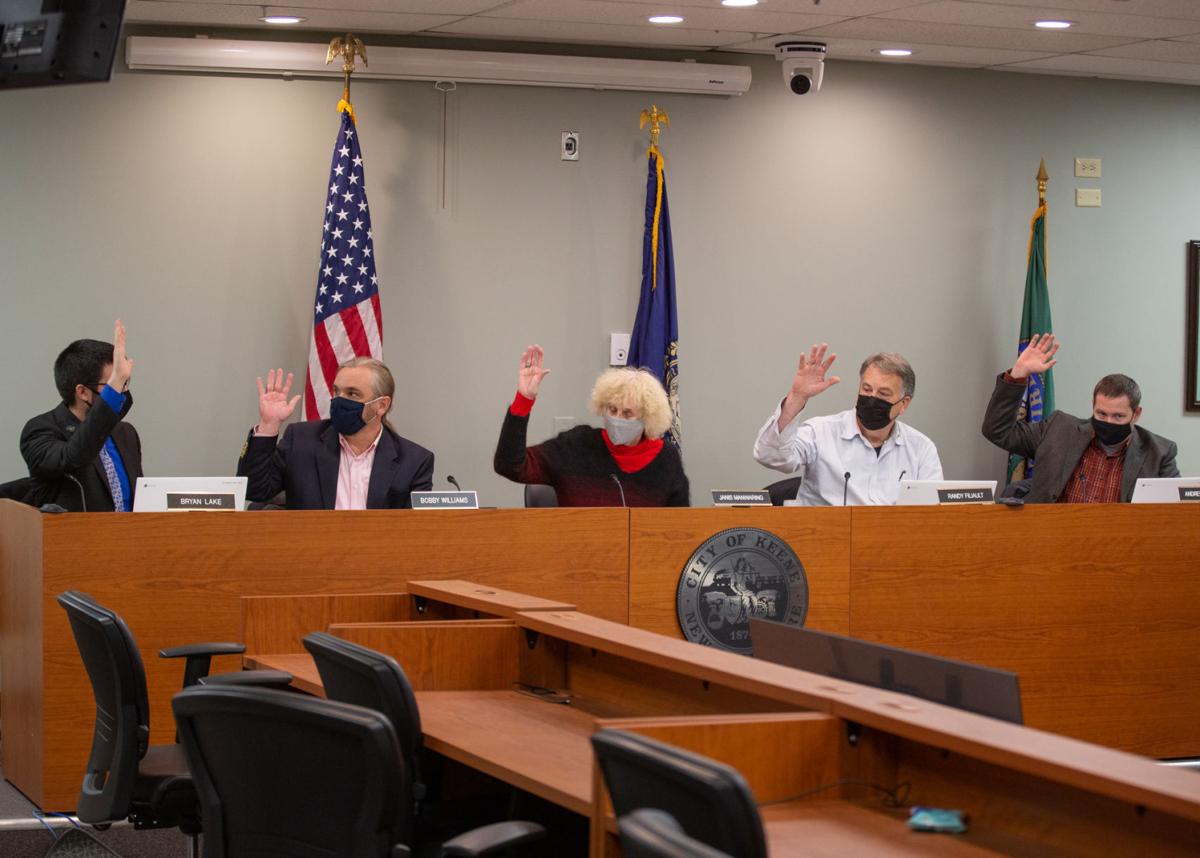 The MSFI Committee of Bryan Lake, Bobby Williams, Janis Manwaring, Randy Filiault, and Andrew Madison votes to pass the motion to recommend the use of city funds to explore using the former Wheelock Park Campground for a disc-golf course and dog park, during their meeting on Tuesday evening at City Hall.

The Wheelock Park campground space in Keene, as shown in 2018, could house a dog park, a disc-golf course or, potentially, both.

The MSFI Committee of Bryan Lake, Bobby Williams, Janis Manwaring, Randy Filiault, and Andrew Madison votes to pass the motion to recommend the use of city funds to explore using the former Wheelock Park Campground for a disc-golf course and dog park, during their meeting on Tuesday evening at City Hall.

After two groups set their sights on space at the former Wheelock Park campground — one looking to build a dog park and the other seeking to create a new disc golf course — Keene is taking the next step toward a solution that could incorporate both ideas.

The city council’s Municipal Services, Facilities and Infrastructure Committee voted Tuesday in favor of using funds from the city’s capital improvement program to develop a plan that considers both proposals. Parks, Recreation and Facilities Director Andy Bohannon, who has been working with both groups to determine whether the campground is a good fit for their projects, asked the committee to recommend that City Manager Elizabeth Dragon be authorized to spend those funds, which he said were free to be reallocated.

“I envision that we will have a public input process; both groups are going to be heavily involved in this design,” Bohannon said of the plan. “And that’s really the best way forward with these two groups, and the city’s going to have a win-win.”

Bohannon said in a memo to the committee, included in the agenda packet for Tuesday’s meeting, that the money could be used to hire a landscape design consultant. He said this would provide a better understanding of the combined needs of the city and the groups hoping to use the campground space, and give stakeholders an idea of what the projects will cost.

The push for a dog park in Keene is nothing new, and the initiative has been ongoing for years, spearheaded by different people at different times. Last month, Rebecca Lancaster, a Keene Board of Education member who is currently taking the lead on the dog-park project, told the MSFI Committee that a petition in support of the project had garnered more than 600 signatures.

The location off Park Avenue is ideal for a dog park, she said, as it’s close to Wheelock Park amenities such as restrooms and parking, but far enough from the nearest home to avoid any issues for nearby landowners, which has been a concern during past conversations about a dog park at other locations.

“The benefits for having a dog park is there really are no others locally in adjoining or adjacent towns,” Lancaster told the committee. “I was actually surprised, moving up here, that there wasn’t an established dog park in a town this size. So it’s a safe space for community members to exercise and socialize their dogs. It’s a great amenity ... something else that Keene could offer to attract families and young professionals and such to the area.”

Meanwhile, Robert Johnson, of the Keene Disc Golf Club, said last month that the purpose of their project is to build a course that would be a bit more accessible than the more advanced course the club operates at Otter Brook. He said a disc golf course would be a good fit with other activities at the park and that the group would handle all the ongoing maintenance required at the facility, as it does at Otter Brook State Park.

The Otter Brook course has done well, Johnson said, attracting players from around New England. But he said it’s not always suitable for younger players or those who are just learning the game.

“As successful as Otter Brook has been, one thing that it is not is beginner-friendly,” Johnson said. “Lack of access off-season, changes in elevation and sometimes rugged topography can be overwhelming to new players, and this is where Wheelock comes in.”

In addition to helping to lay out the feasibility for both the dog park and the disc golf course, Bohannon said the concept plan also will give the city a roadmap for the use of the space for generations to come.

Councilor Bobby Williams suggested that, if the dog park doesn’t work out at the old campground, a fenced-in area near the amphitheater in Robin Hood Park might also be a suitable location. He said it wouldn’t take much work to create a small dog park there.

At the meeting last month, Lancaster told councilors that she’d be open to coming up with a plan to share the space with the space with the disc golf course. On Tuesday, Councilor Randy Filiault asked Bohannon whether this would be possible.

“There is a good chance that it could happen,” Bohannon told the committee. “There’s also another chance that it may not. But we’re going to find out.”

The committee’s recommendation will next head to the full council for further consideration.