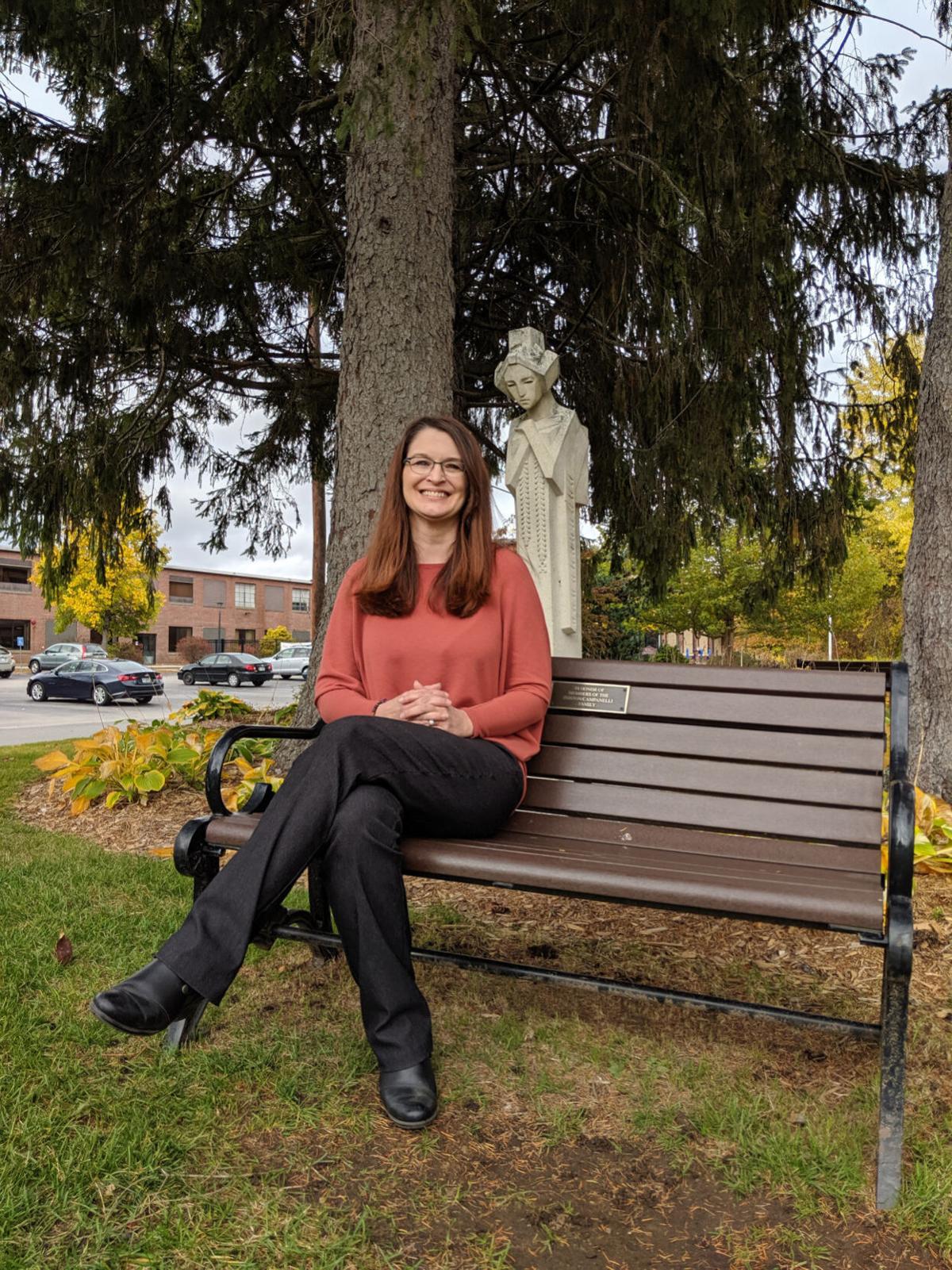 “Hospice is all about people getting the best care possible, that they’re supported and loved,” says Michelle August, a Winchester resident and hospice director at Home Healthcare, Hospice and Community Services. 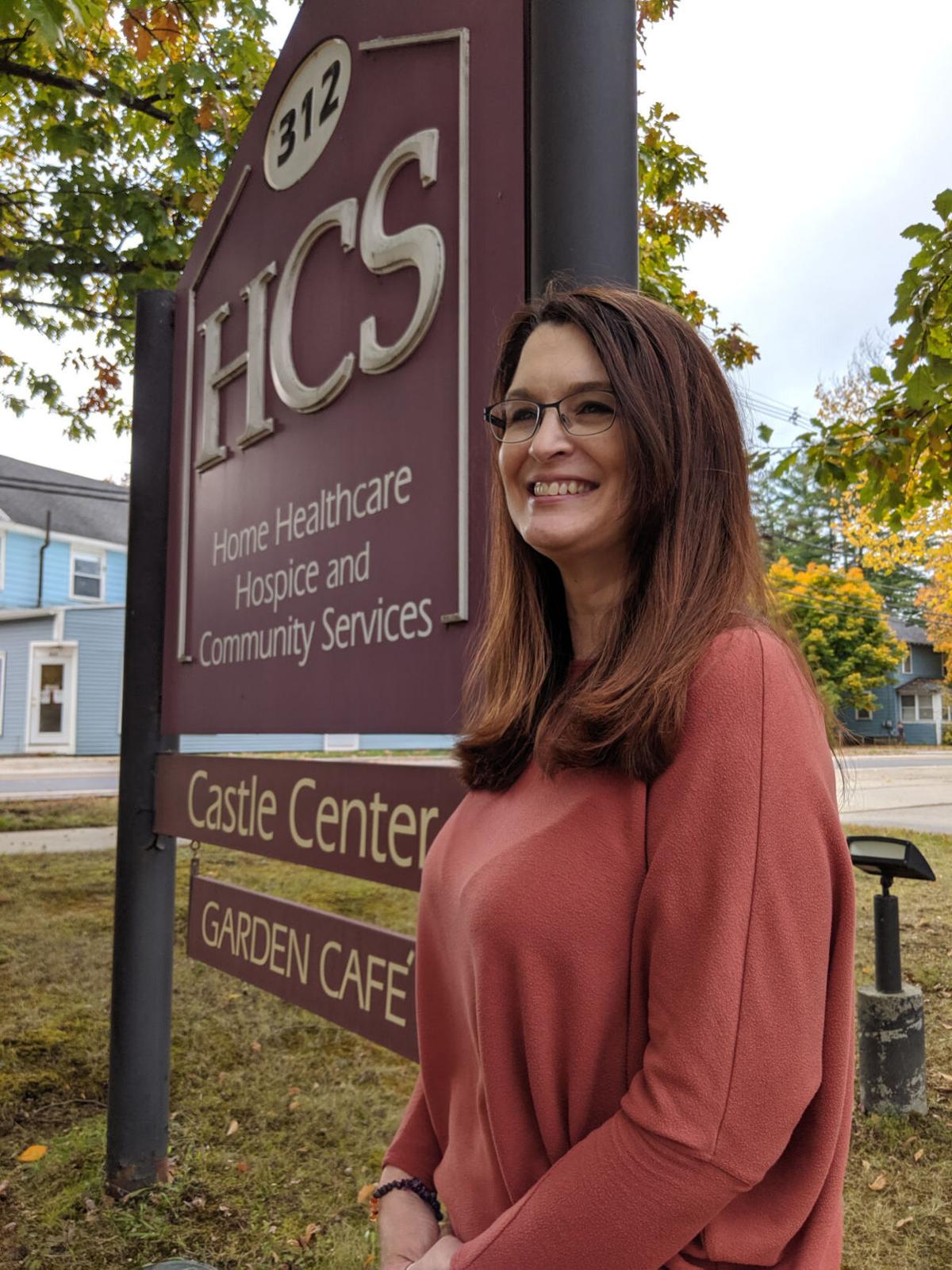 “Hospice is all about people getting the best care possible, that they’re supported and loved,” says Michelle August, a Winchester resident and hospice director at Home Healthcare, Hospice and Community Services.

Down a corridor on the second floor at Home Healthcare, Hospice and Community Services in Keene is the office of Hospice Director Michelle August. The 48-year-old Winchester resident has just finished the daily teleconference with her staff — most of whom now work at home due to COVID-19 — discussing the particulars of the patients under their care for end-of-life treatment and services.

It’s only mid-morning, but already a busy day for August and her team, caring for about 60 patients who, with their physicians’ consent, have decided therapeutic medical treatment can no longer help them.

“Hospice is all about people getting the best care possible, that they’re supported and loved,” August says, adding that it takes a special kind of personality to work with those who know they are dying.

“There is burnout among some because you’re always around strong emotions and complex family dynamics.”

Born and raised in Barrington, R.I., August says her grandmother, Victory Byron, was a significant influence on her life, and her decision to pursue a career in health care for older people, eventually leading her to hospice work.

Her grandmother, born in 1919 and named Victory in honor of the Allies’ defeat of Germany in World War I, served as the director of nursing at the Jewish Home for the Aged in Providence, which closed in 1993. She died at age 98 in 2017.

August admired her grandmother’s ability to build strong relationships with the elderly residents at the home, and saw that her patients truly appreciated what the woman did for them.

After August graduated from high school, she attended the University of Rhode Island, but didn’t graduate, instead leaving to marry and having a baby. She ended up raising three children, at the same time enrolling in the Community College of Rhode Island, which she attended part-time and where she earned her nursing degree after five years.

“I first got interested in the hospice field back in 1999 when I was working in a long-term-care nursing home. I just hated to see someone dying alone,” August recalls. “It was hard, but you felt so good at the end of the night, knowing you were there for someone.”

She has learned much during her career about how people prepare for death.

“With some, it’s very private; they wait for everyone to leave. Or, they wait for someone to arrive.” In other cases, she has witnessed dying people speaking to long-dead relatives as if they were in the room. “They may say that their father is right next to them.”

The time leading up to death, too, can be very stressful for relatives of the patient, sometimes dredging up unresolved issues that have been long buried, “baggage or dysfunction” within families, she says.

“You don’t know what’s going on behind someone’s life; everyone has their own struggles,” she explains. “In dying, people are willing to let you into those intimate spaces; the ego isn’t there anymore.”

The onset of the COVID-19 pandemic added another layer of complexity to the job, a heightened need for staff to ensure the safety of themselves and their patients, and the wearing of sophisticated PPE equipment while in the home.

A complicating factor in hospice care is that it can sometimes coincide with various forms of dementia, August says, and nurses and social workers may have a more difficult time ascertaining the wishes and needs of their patients, as well as those of their families. HCS is now developing a program for dementia patients in hospice.

People who work in hospice often develop strong bonds with their patients, August says, all the while knowing that death will break those connections.

Many patients wait until late in the process to enter hospice, sometimes delaying it until just a couple of weeks before death, even though it’s possible to start well before that. A physician must approve a patient for inclusion in the program, and once that happens, Medicare pays for all services and equipment.

One reason people might delay entering hospice, August says, may be an obvious one — they feel they’re giving up. “A lot of people may not want to accept that prognosis; there is a level of denial.”

There isn’t much August hasn’t experienced in her career, and she estimates she has been at the bedside of more than 100 people as they passed on.

After her initial job at the Silver Creek Manor nursing home in Bristol, R.I., she began working at Home & Hospice Care of Rhode Island in 2006 and stayed there for three years. In 2009, tragedy struck her family, when her husband, who had suffered from long-term depression, died by suicide at age 37.

“I handled it by focusing on staying strong for my kids and my work,” she says.

She has since remarried, to Ronald Pelletier.

In 2010, she became director of Beacon Hospice in Rhode Island and in 2016 was promoted to vice president of Amedisys Corp., which owns Beacon Hospice, supervising its hospices in Rhode Island, Massachusetts and Connecticut. Amedisys is one of the largest operators of hospices in the United States. During this time, she also founded the Rhode Island Hospice Veterans Partnership, an advocacy group promoting better palliative care for those who served in the military.

In 2018, with job travel taking her away from home for long stretches, her husband was diagnosed with colon cancer and also suffered a heart attack. She began searching for a hospice position with more regular hours, to take care of him. She was hired by HCS in June of 2019, and the couple moved to Winchester. Last year, she became a board member of the Home Care, Hospice and Palliative Care Alliance of New Hampshire.

The hospice program at HCS includes a staff of 12 nurses, two social workers, two chaplains and four licensed nursing assistants (LNAs), serving an area comprising much of southwestern New Hampshire. Many of those treated in the program are suffering from cancer.

Hospice programs were relatively rare — and small — until 1982 when Congress allowed funding of end-of-life care under Medicare. According to the Centers for Disease Control and Prevention, the number of hospice care agencies in the United States was 4,500 in 2018 and is expected to grow even larger as the baby-boom generation ages.

August says that HCS works with many area physicians and nursing homes, but hopes to make more residents of the area aware of the services it provides. “We’ve found there isn’t much knowledge about it, or understanding of how hospice works,” she explains.

When asked how she continues to work in a field that many people may find too depressing, she says she’s spiritual and that helps her remain optimistic and positive.

“I love what I do, I really do,” she says. “And I’ve also learned that you don’t want to waste a minute of your life. You want to set your priorities straight.”

At a glance: Michelle August