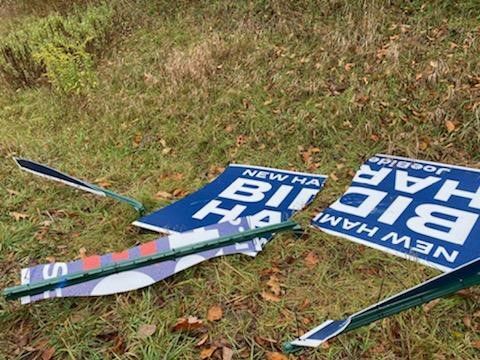 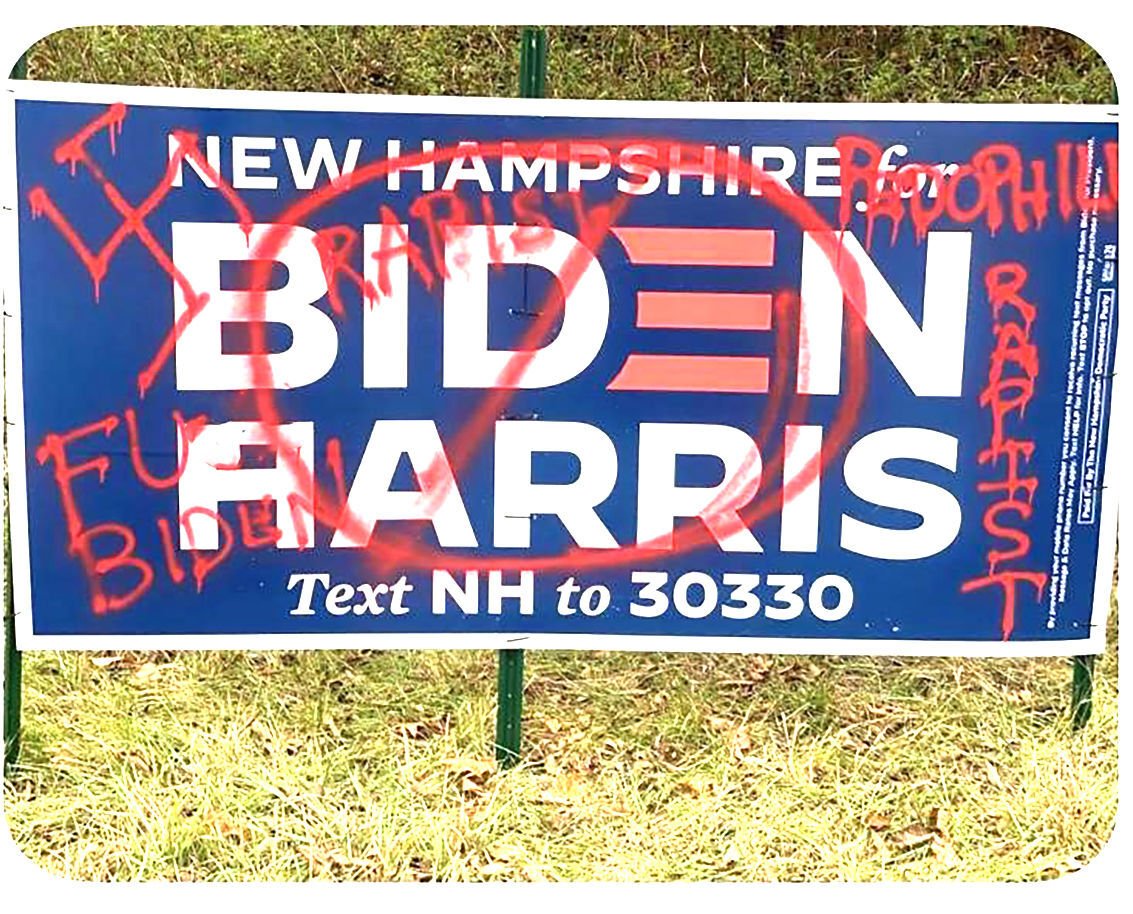 WALPOLE — Ken Burns has lived in Walpole for 41 years and made documentary films about American history for even longer. But he said he’s never seen anything like the campaign-sign vandalism and theft that has occurred in his town in the run-up to this year’s general election.

“It’s been a really disappointing and divisive thing,” Burns said in a phone interview Friday morning. “... I’ve never seen it at all like this. It’s always been respect for people’s opinions. And it’s amazing that you can put up yard signs at an intersection, and the next morning they’re gone.”

Burns added that he supports Democratic presidential nominee Joe Biden, as well as other Democrats locally and statewide.

JoAnn Fenton, a Democratic activist and organizer who lives in Keene, said she has put up a large Biden sign at the intersection of N.H. routes 12 and 123 in Walpole a total of five times. The signs have been damaged and defaced with profanity each time, she said.

One Biden-Harris sign on Route 12 in Walpole was spray-painted with slurs and a swastika. Other signs have been torn up.

“We’ve had hundreds and hundreds of signs stolen [throughout Cheshire County], and it’s just ridiculous,” Fenton said in a phone interview Friday morning. “It’s not right on both sides. ... It goes beyond the signs. We have to get back to being civil and decent to each other.”

Multiple Trump-Pence campaign signs have been vandalized or destroyed in Keene throughout the election season, according to police and Trump campaign volunteers.

Burns, whose best-known documentaries include “The Civil War,” “Baseball” and “Jazz,” said this sort of vandalism and destruction goes against all that he’s learned from his work.

“I have made, for the last 45 years, films about the U.S., but also about us. And if I’ve learned one thing in all of that time, it’s that there’s only ‘us,’ and there’s no ‘them.’ And whenever somebody tells you they’re a ‘them,’ you should run away.”