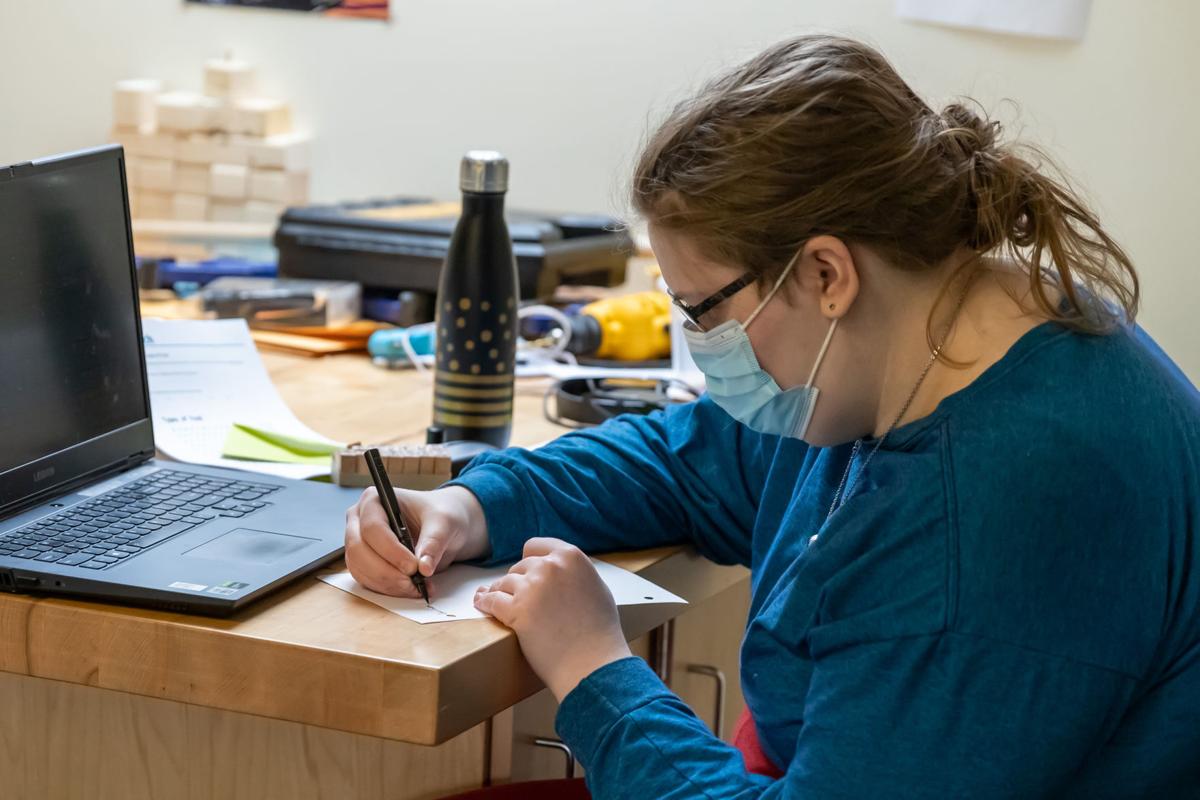 Benjiman Eakin was among students and staff at Making Community Connections Charter School in Keene Wednesday to make cards for local nursing home residents and veterans. 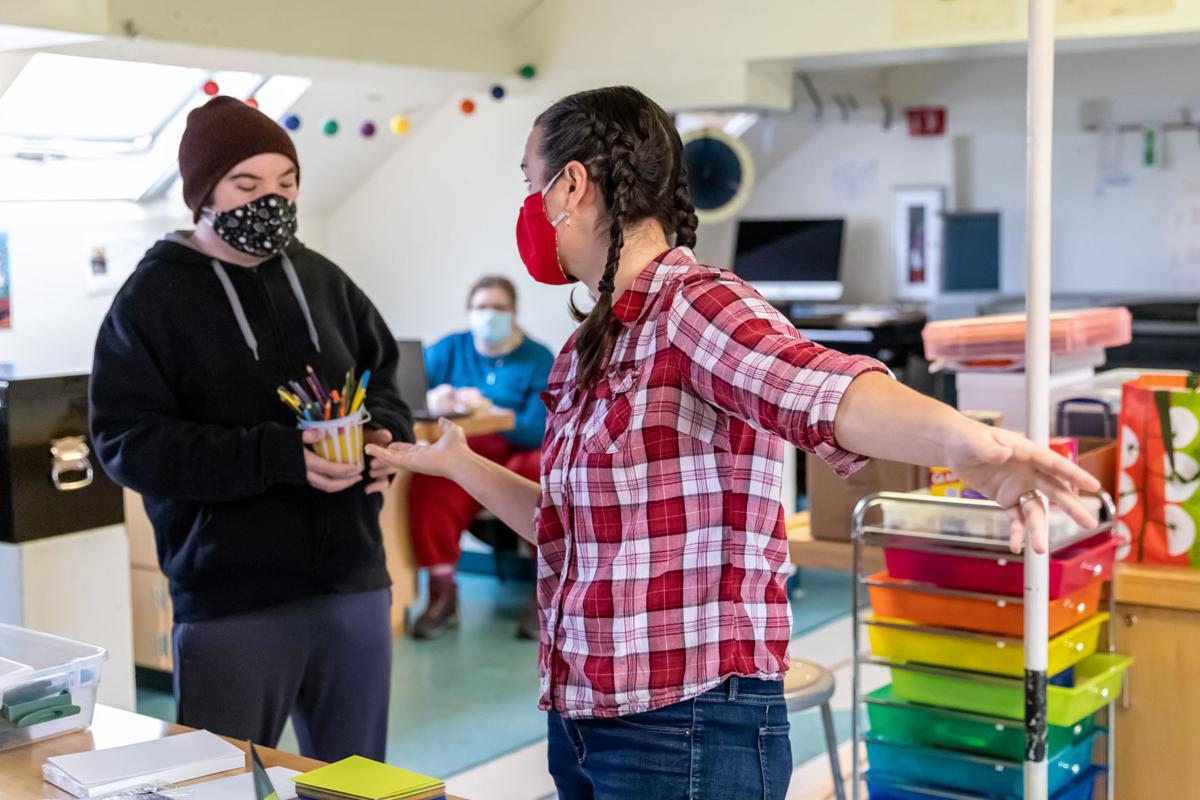 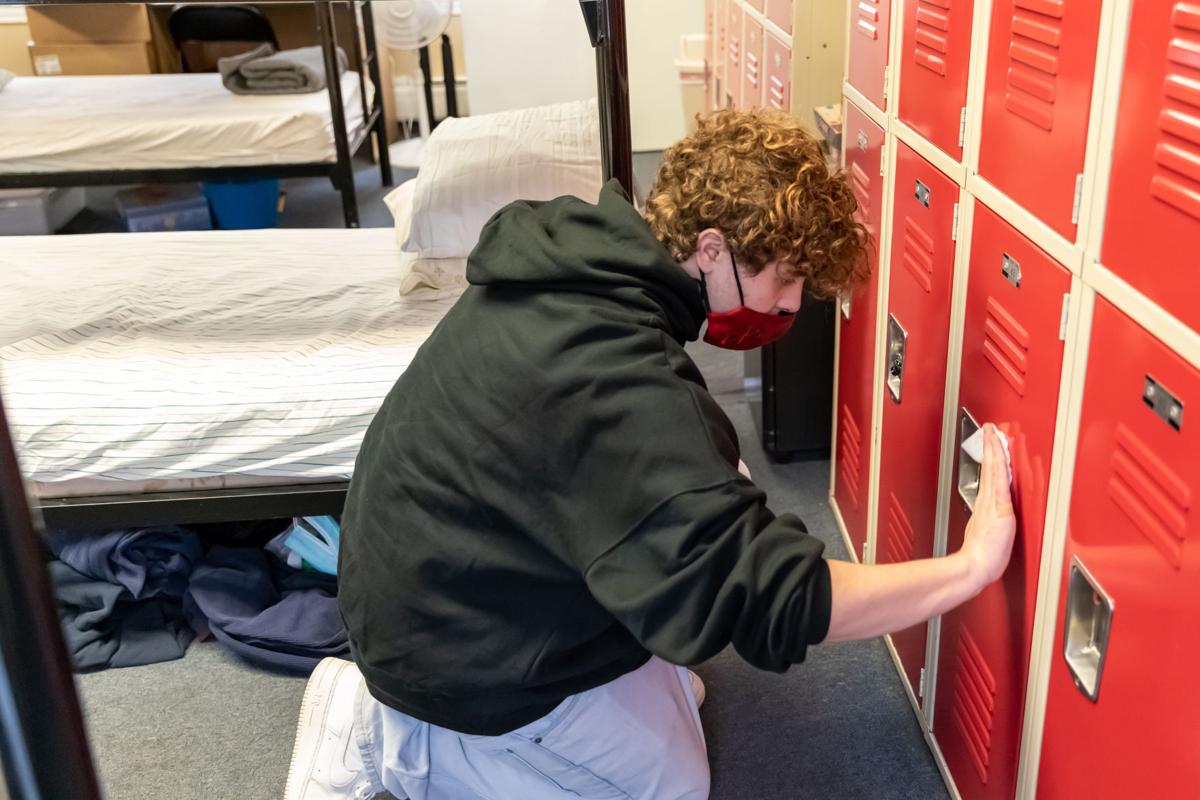 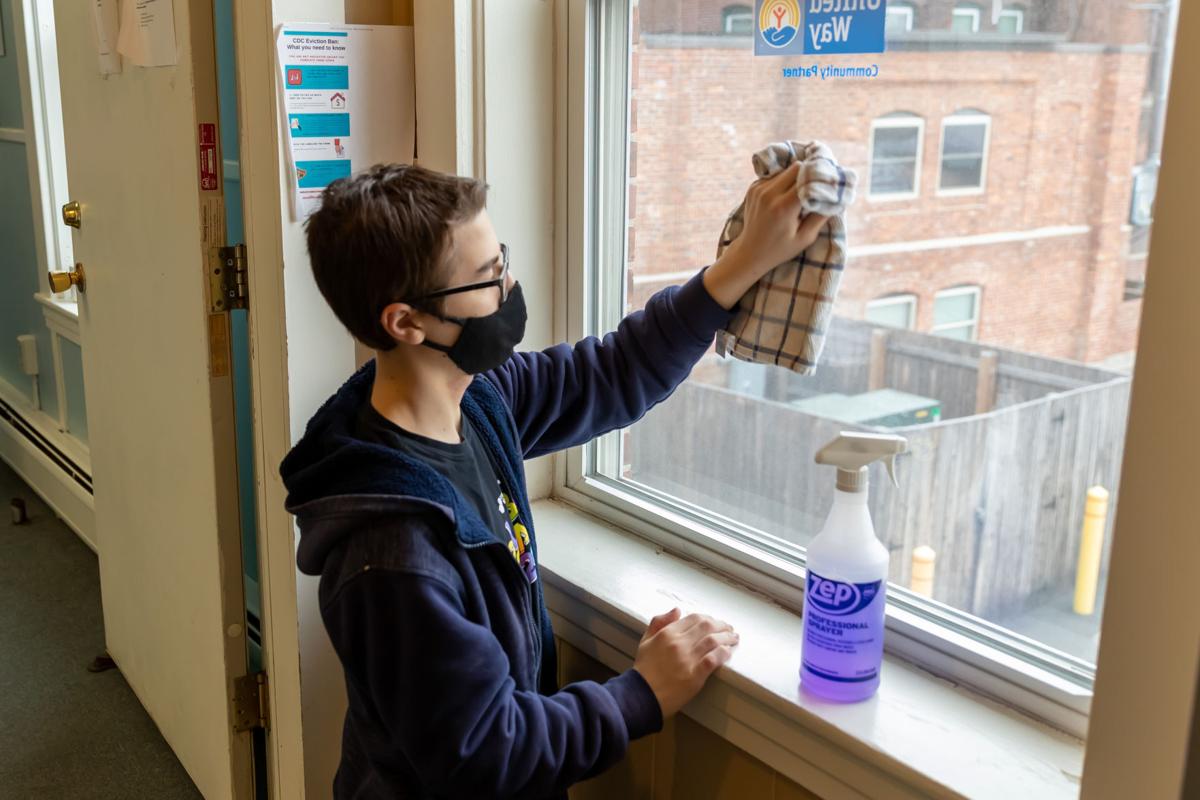 Benjiman Eakin was among students and staff at Making Community Connections Charter School in Keene Wednesday to make cards for local nursing home residents and veterans.

“I feel like that’s the friendliest way,” said Eakin, a student at Making Community Connections Charter School in Keene. “I could have done ‘Dear Stranger,’ but there’s a whole stigma of strangers being bad.”

Eakin doesn’t know exactly who will receive the letter, one of about a dozen handwritten and decorated cards that students and staff at the school created Wednesday, but wants the message to be encouraging. All of the notes will be sent to local nursing home residents and veterans, many of whom are isolated this holiday season amid the COVID-19 pandemic.

As the pandemic has continued into the holiday season, these letters are just one of the ways Making Community Connections students are serving their community.

“Our hope is to really spread cheer to as many sites as possible,” said Elizabeth Cardine, lead teacher at the school, which is also known as MC2 (pronounced “em-cee-squared,” like Einstein’s energy-mass formula).

That’s why James O’Reilly, another MC2 student, focused on striking an optimistic tone in the letters.

“The holidays are really about being together with family,” O’Reilly said. “And it’s important that, even though we are currently in this pandemic, that we still hold on to the importance of not only family, but positivity and being strong as a community, saying we’re going to get through this.”

At the same time that Eakin, O’Reilly and another classmate wrote their letters from the school Wednesday, two other groups of MC2 students ventured out into the community for other service projects. One group was at the Hundred Nights shelter, helping to clean and organize, and several other students went to a stretch of Route 9 in Keene that the school has adopted to collect litter from the side of the road.

MC2 began the school year fully remotely in late July, but transitioned to a hybrid model at the beginning of its second trimester on Nov. 16. Students can sign up for a total of six half-day time slots per week to come to school, Chris O’Reilly said. The school’s 10 staff members, who offer all of their instruction virtually, also have the option to work remotely or at the school.

Chris O’Reilly added that service has always been part of the identity of MC2, which began as part of the Monadnock Regional School District in the early 2000s, established a separate Manchester campus in 2012 and opened its Keene campus in 2015. The school has worked with Hundred Nights for the past two years or so, organizing food drives and collecting clothing and other winter items to donate to the shelter. And students have been writing birthday cards to nursing home residents for the past year and a half, Chris O’Reilly added.

This sort of service also plays a key role in the curriculum at MC2. The school’s highway cleanup project, for example, began two years ago as a student research project. Jasmine Bowman, who graduated in 2018, went through the highway adoption process with the state transportation department, and worked with the school to organize safety trainings for her classmates to be able to conduct the roadside cleanup.

“So that legacy continues,” Chris O’Reilly said, noting that MC2 students do highway litter collection two or three times per trimester. Last trimester, the school’s math teacher, Derek Blunt, also used this project as the basis of a statistics project to calculate how much litter ends up on the side of the road.

“So he was actually able to take that and turn it into a learning opportunity for the kids,” Chris O’Reilly said.

MC2, which enrolls about 65 high-schoolers at its Keene campus in the Center at Colony Mill (formerly known as the Center at Keene), requires students to complete 10 community service hours each year, but almost all students go well beyond that requirement, Cardine said. And with projects like the letter-writing, this service allows students to practice the emotional intelligence the school seeks to instill in its students.

“And so our hope is that we’re kind of building on that empathy and extending that to just the sheer magnitude of people who are struggling with the isolation of social distancing and quarantining, and also with that being complicated by [the fact that] the holidays are really hard for a lot of people,” she said. “Seasonal depression is a real thing. And so we want to do our part to help with that.”