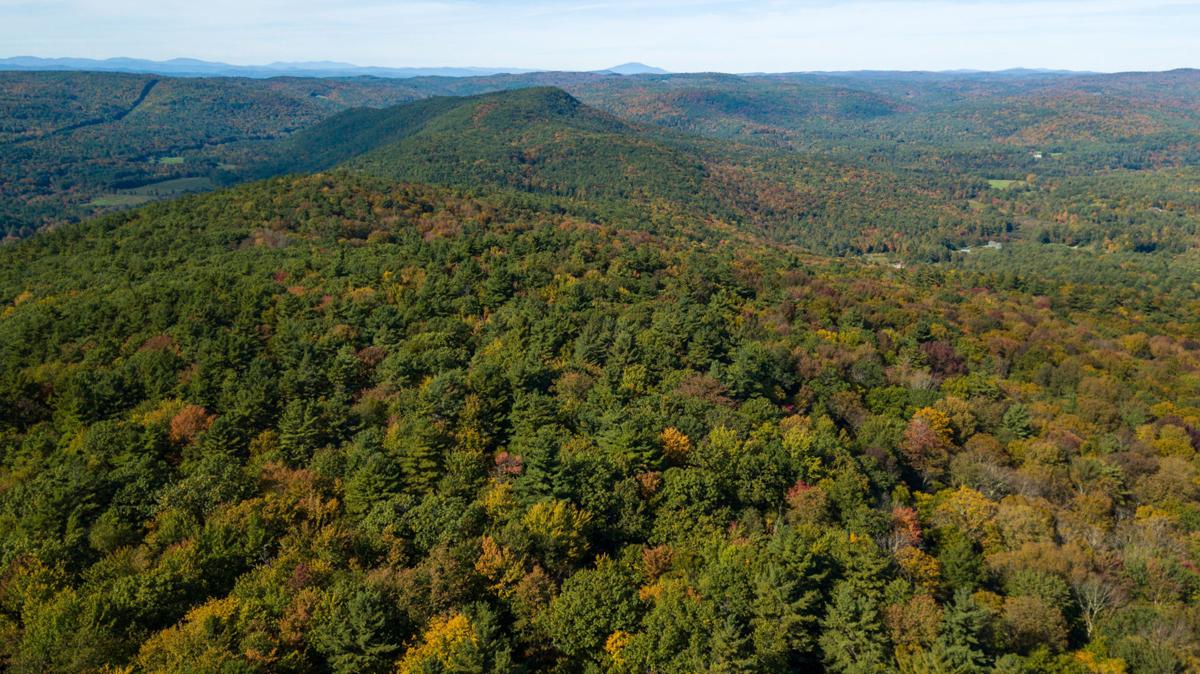 The Surry Mountain ridgeline, as shown in a file photo. 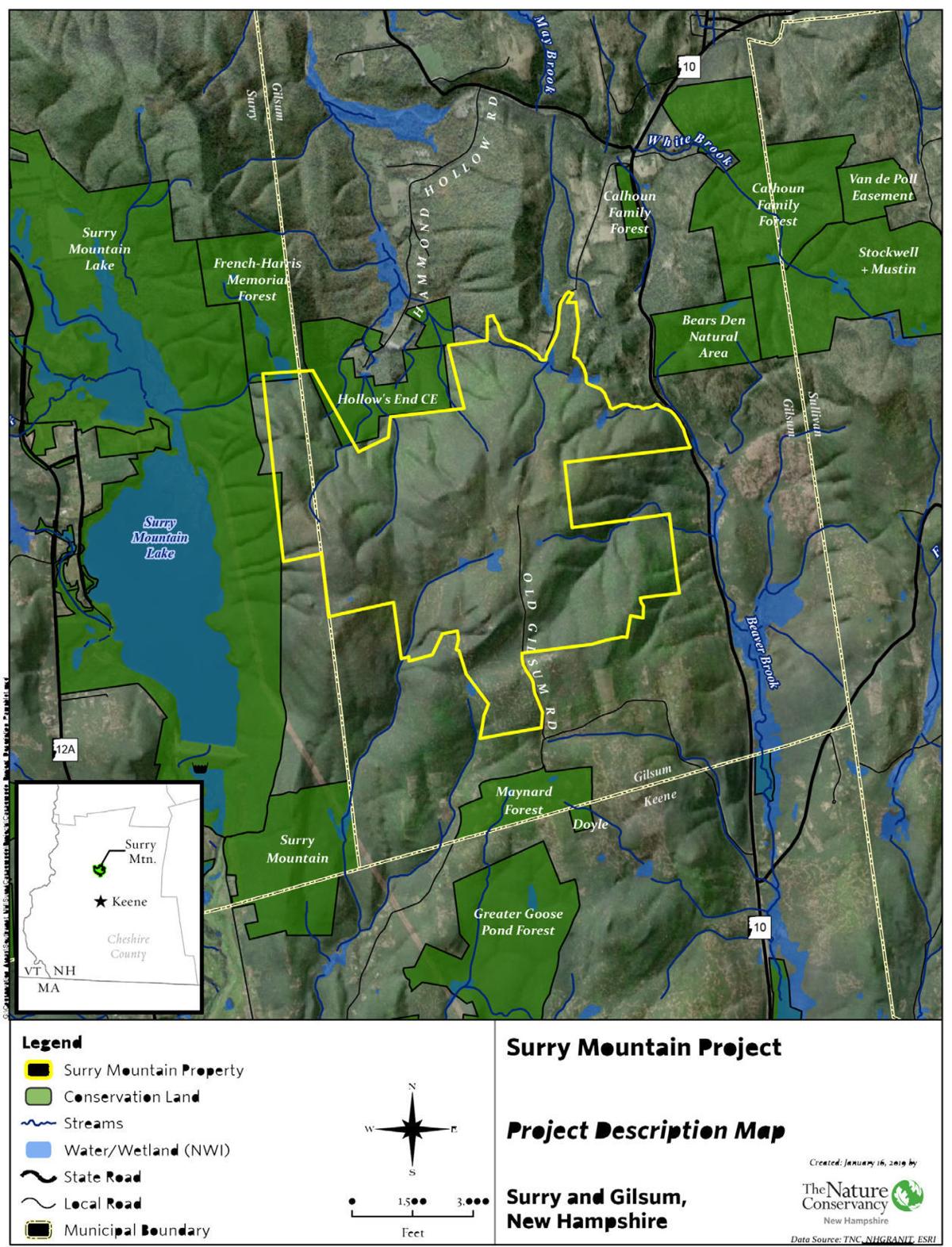 This map shows, in yellow, the expanse of land on the eastern side of Surry Mountain that The Nature Conservancy hopes to protect. The green areas represent land already in conservation.

The Surry Mountain ridgeline, as shown in a file photo.

This map shows, in yellow, the expanse of land on the eastern side of Surry Mountain that The Nature Conservancy hopes to protect. The green areas represent land already in conservation.

As fundraising continues, The Nature Conservancy’s option to buy an expanse of land in Gilsum and Surry has been extended to the end of the month, according to the organization.

At a total cost of $3.6 million, the conservation project would convert the 1,400 acres of land on the eastern side of Surry Mountain into a nature preserve.

The property has been owned by the Casagrande Family Trust for decades, but in 2018, beneficiaries of the trust told the conservancy they were interested in selling.

The organization originally had until Dec. 31 to buy the land. But the conservancy was about $125,000 shy of its total, so the option to purchase was extended, according to the organization’s N.H. State Director Mark Zankel.

“We feel very optimistic and good, and our plan right now is to [try and] move forward with that purchase,” he said Thursday afternoon.

If the money is raised, Zankel said the conservancy will purchase the land by the end of March, allowing time to tie up any contractional loose ends.

The land has long been of interest to the state’s conservation community, mostly due to its location amid other conserved and public lands. The area is home to bogs, beaver ponds and wetlands, while also providing habitat to black bears, bobcats and fishers.

Zankel said the organization plans to improve the existing trail network and put in additional signage to allow visitors to enjoy the landscape, while prioritizing the property’s conservation.

Activities like hunting, fishing and hiking will be permitted, he said.

“[We’re] working with the local community to make the property usable,” Zankel said, “and our plan will be to spend the next year or so putting that together and getting input.”

Those interested in donating to the project can call The Nature Conservancy at 224-5853.