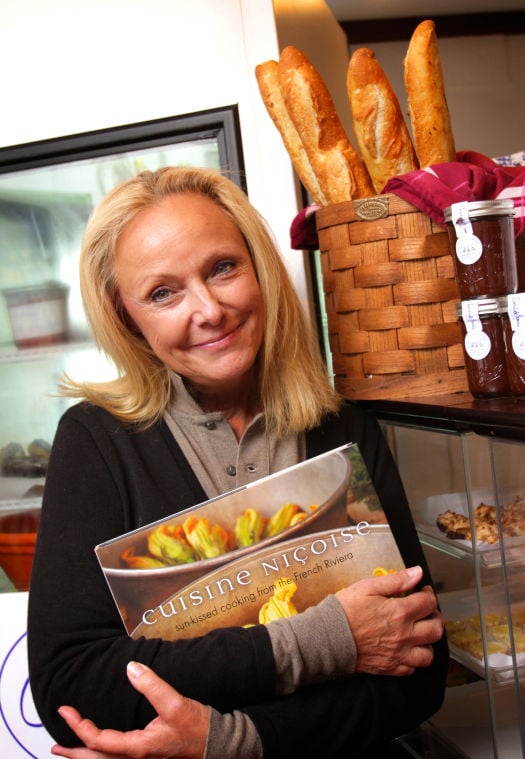 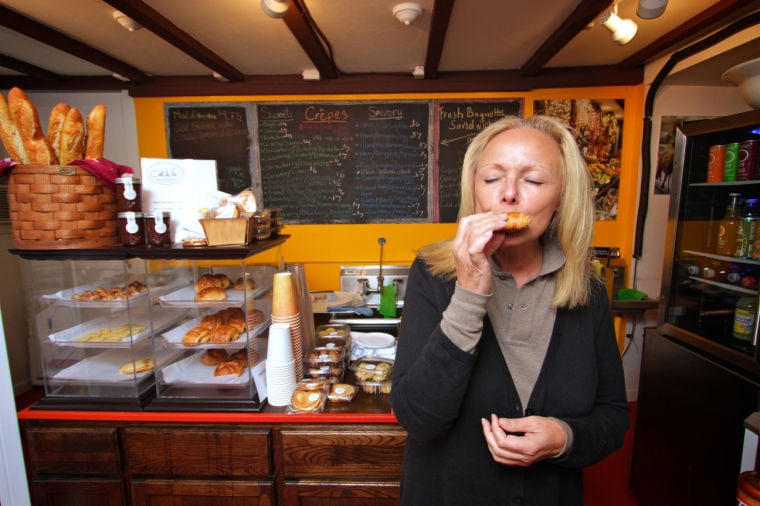 Hillary Davis is a private person. But get her talking about food, or flip to any page of the new cookbook she authored, and there lies her heart, her loves and inner life, laid bare for all to see.

Though Davis is from Hancock originally and lives there today, she’s made homes all over the globe, spending more than eight years in England, 13 in France (with jogs to India), and in Hong Kong, Singapore, Luxembourg, Belgium and Portugal, to name just a few. Though these places were strange and new, Davis discovered the way to reach the heart and home of them: through their people and their food.

Her interest in food developed from her dad’s love of cooking. But, not just regular cooking; international cooking. One day his take on tempura would whisk them off to Japan, while another night his savory Sauerbraten would have them cozying up in Germany.

“He was fun,” the 61-year-old said. “He’d do just about anything. He loved cooking and he’d let me help him. So from a really young age I was in the kitchen with him. He sort of brought the delight of international cuisine to me.”

And she said, he never made it difficult or nerve-wracking. And so when parents’ long work hours mandated that Davis take over the cooking for her family, she was never nervous and rose to what others at her age might have found a challenge.

“I made dinner every night from about age 13 until I got married,” Davis said. “I really loved being in the house cooking for my family and used my grandmother’s recipes and all my dad’s cookbooks from around the world. I just plowed right through them.”

She remembers warming their bellies with a good old-fashioned American beef stew with a dill pickle cooked in, just like her grandma did it, and sometimes she’d wow them with a mod New Dutch chicken barley soup, also from grandma.

“It’s just the joy of giving,” she said. “You know your parents are giving to you, but to give something to them meant a lot to me. And it still does; I think anyone that cooks, any chefs in restaurants, fast-food chefs, people cooking at home, all of us, I think, I’m pretty sure, are givers and nurturers. ... I think that the motherly instinct is in any of us that cooks.”

Another thing her parents gave her was a love of travel, often taking a teenage Davis on trips to Europe. Of course, she said, thinking back on it, “Even those were really food tours. ... I guess my dad was a foodie even then.”

That thread continued when she got married. As a newlywed, Davis said, her then-husband wanted to travel as much as she did. The couple settled for a time in England and then in France. During a two-year stint in Paris, Davis wasn’t allowed to work because she was in the country on her husband’s visa. But she didn’t fritter the time away.

“I did everything I could to learn French, to learn Paris. I went in every day to all the museums and walked the streets and tried to learn the food and read menus and learn the recipes and the language. So I used it as an educational (time),” she said.

She courted France’s heart through its stomach and learned its people through their recipes.

“She delights in all the beautiful things that surrounded her when she was living in France,” said Madge Baird, editor of Davis’ first cookbook, “Cuisine Nicoise: Sun-Kissed Cooking from the French Riviera.”

“It becomes really apparent that people were at the center of her learning about cooking. She learned from people because she loved the people. She would make a friendship with the person and then want to learn about what they were cooking and the kind of dishes they made. And it didn’t seem to be just, ‘I need this recipe and I’ll go home and make it,’ she wanted to see how the person made it, rituals they would go through, where they gathered their ingredients.”

Davis’ Limoncello Cake with Towering Meringue recipe, for example, is really the tale of a couple who lived up a hill in France that Davis used to visit, Baird said. Referring to them only as “Madame” and “Monsieur,” Davis writes in the cookbook of walking up the hill to their house, and “I would hear this aria emanating from their house.”

The aria, “Belle Nuit, O Nuit D’Amour,” from Jacques Offenbach’s opera “The Tales of Hoffmann,” would, she wrote, “take hold of me, its swell of tender notes floating like tendrils out of windows, pulling me forward.”

One day, she went to Madame’s house, heard the music just like any other day, but this day when she opened the door, she found Madame listening alone, tears in her eyes.

“I never got to say goodbye,” Davis writes, remembering Madame’s words to her on the death of her beloved husband.

In the book, Davis writes that the week after the funeral she made Madame the limoncello cake.

“That’s all I could do,” Davis writes. “Making something to eat was the way we comforted each other.”

She made the cake a big, towering thing in an American style, thinking that the novelty of it would be a good diversion for Madame. She made it so big Madame would have to share it with family and friends, “and bring some life into the house.”

In the years that followed, Davis and her husband divorced. She eventually left her beloved France and found her way back home to Hancock. It was here she started a new culinary journey: blogging.

Over the past several years, Davis has found a way to express not only her love of cooking and traveling, but writing, too. She’s always written, she said, so marrying the trio was a natural fit. In addition to her regular column “Slice,” which she writes for New Hampshire Magazine, she also has a food blog, a travel blog and a cookbook review blog. She also recently signed on to write her second cookbook.

“It takes a lot of work and you get very tired by the end of it, and it’s gone within like half an hour,” she said of cooking for other people. “But it truly is a gift. It’s truly something you are giving them.”

At a glance: Hillary Davis