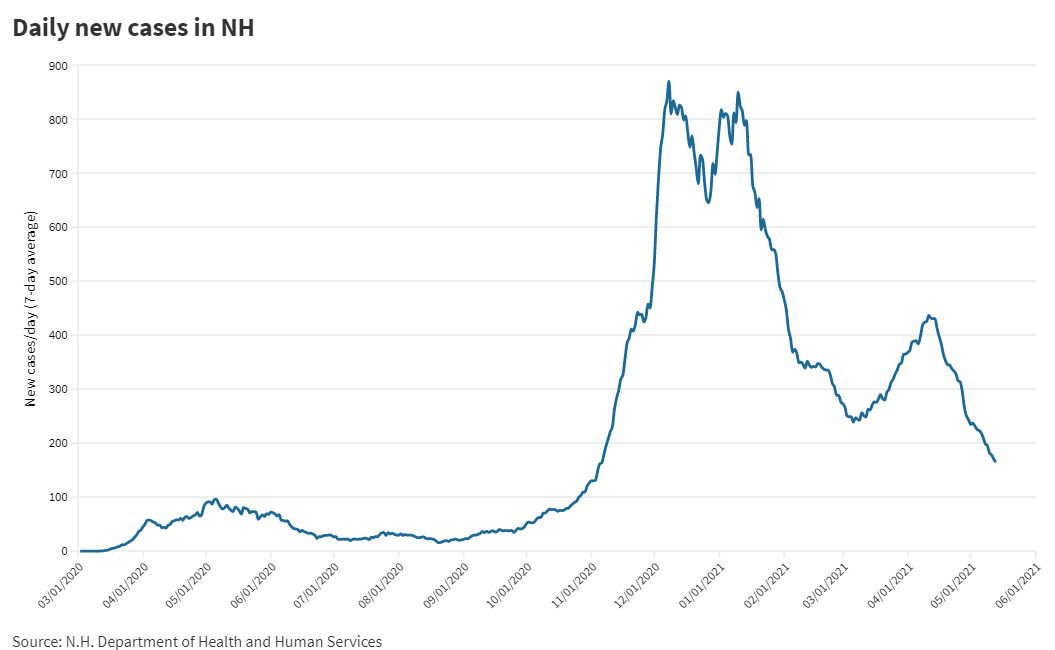 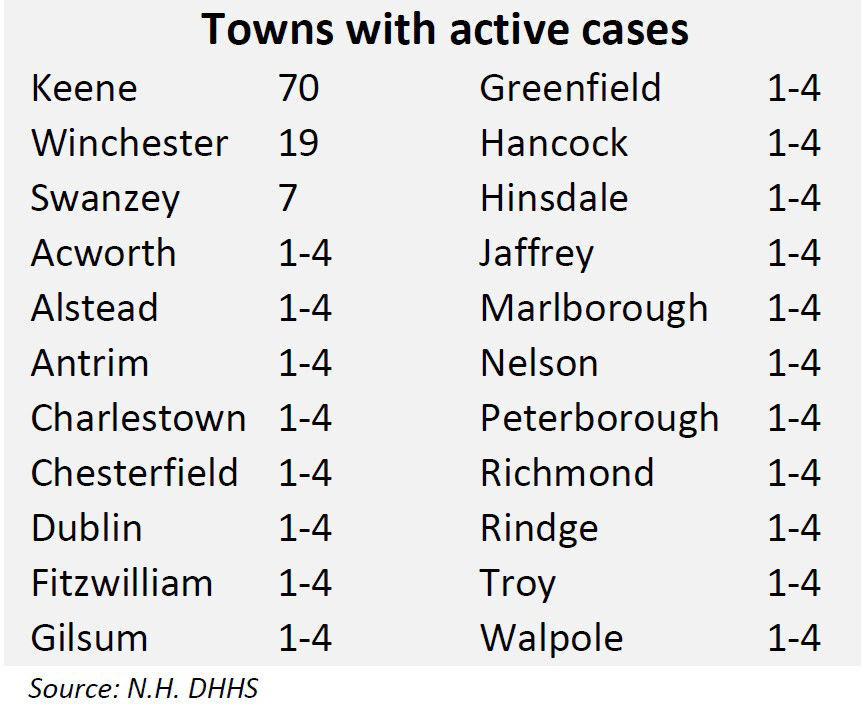 With a majority of Granite Staters at least partially vaccinated against COVID-19, cases have continued to fall in New Hampshire.

The seven-day average for new cases fell 25 percent over the past week; as of Friday, the state was averaging 165 cases per day.

The state announced 17 new COVID-related deaths over the past week. Two of the people who died were under 60 and the rest were 60 or older. None were Cheshire County residents.

Cases have now been declining for about a month, after a spike earlier this spring. That spike, in turn, came after cases fell dramatically from mid-January to early March following the massive winter surge. The daily average is now lower than it was in March and about where it was in early November.

Meanwhile, more than 70 percent of New Hampshire adults — and about 60 percent of the state’s overall population — have been at least partially vaccinated, according to data from the Centers for Disease Control and Prevention.

New Hampshire ranks fourth in the nation in both metrics, according to the CDC data, though it lags in the share of people fully vaccinated — around 35 percent, behind 29 other states and Washington, D.C., and about on par with the country as a whole.

The N.H. Department of Health and Human Services reports somewhat different numbers: 55 percent with at least one shot as of Wednesday, but 41 percent fully vaccinated.

In Cheshire County, according to CDC data, about 33 percent of the population is fully vaccinated.

Vaccines are now available to anyone age 12 or older. Appointments in New Hampshire can be made by visiting vaccines.nh.gov or calling 211. Starting Monday, state-run vaccination sites will also accept a limited number of walk-ins daily between 3 p.m. and 6 p.m.

As of Friday, New Hampshire’s seven-day average for test positivity was 3 percent. The state had 1,394 known active cases — 120 of them in Cheshire County. Keene had 70, about the same as last week.

More than 97,000 Granite Staters have tested positive for COVID-19 since the pandemic began, and 1,329 deaths related to the disease have been confirmed.