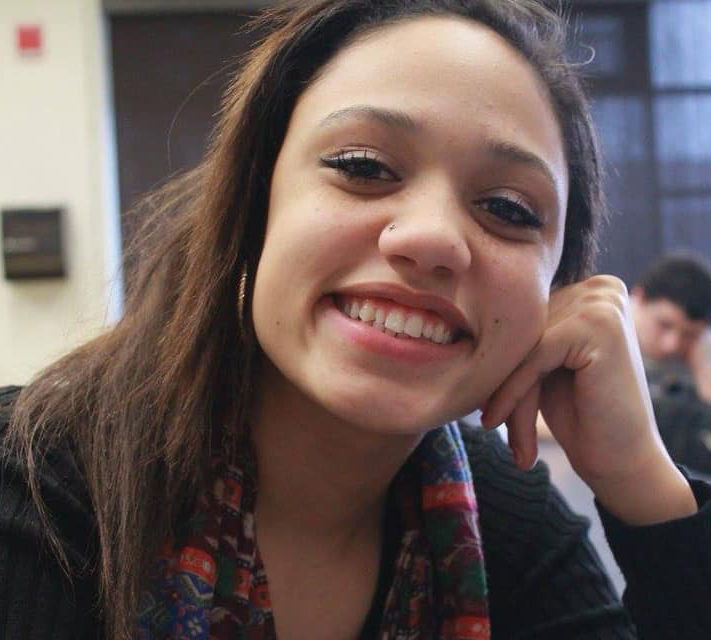 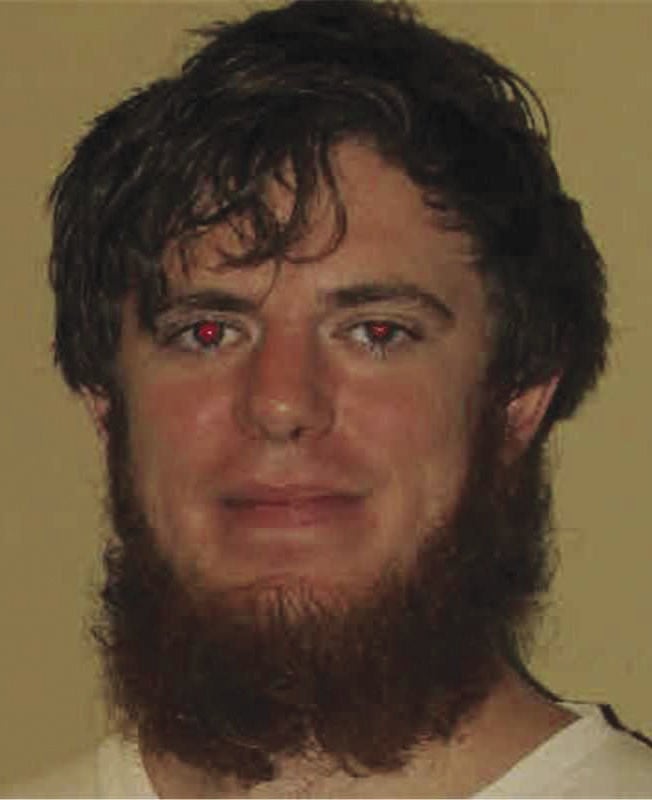 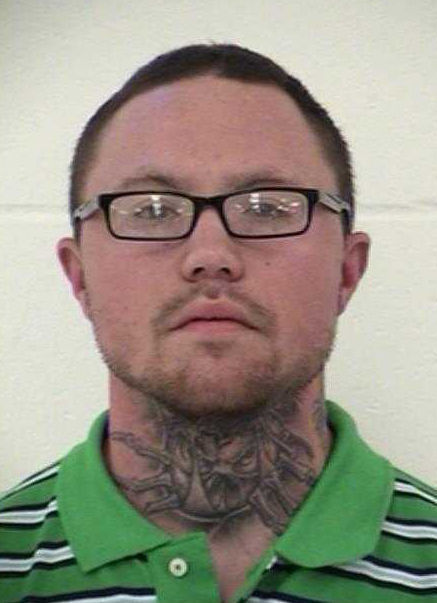 Six months after two people were murdered in Hinsdale, officials are refusing to release an affidavit with the basic facts of the case.

The affidavit, which remains under seal, likely summarizes why investigators believed they had sufficient information to charge Derrick E. Shippee, 28, of Westmoreland, with the murders of Neal Bolster, 29, and Aaliyah Jacobs, 19, earlier this year.

The two Hinsdale residents were found shot dead in Bolster’s Plain Road home on April 11. A day later, Shippee surfaced in Vernon, Vt., dead of what was later ruled an accidental overdose. Law enforcement authorities had already obtained arrest warrants charging him with the murders, but Shippee had yet to be arrested and so never appeared in court.

Details about the case have been sparse ever since. Officials have not described the evidence that links Shippee to the killings or said what they believe his motive was.

The Sentinel has filed two motions in recent months seeking access to the affidavit, which investigators submitted to a local judge to convince him to issue arrest warrants for Shippee.

The N.H. Attorney General’s Office has opposed those requests, contending that making the affidavit public would compromise what it says is an ongoing investigation into the murders.

“The New Hampshire State Police and the Hinsdale Police Department continue to actively investigate the circumstances surrounding the homicides of Neal Bolster and Aaliyah Jacobs,” Assistant Attorney General Jesse O’Neill wrote in an objection to The Sentinel’s latest motion. “If the arrest warrant affidavit is unsealed, there is a substantial chance that potential witnesses’ testimony may be tainted by the disclosure of information contained within the affidavit.”

Judge David S. Forrest of the 8th Circuit Court District Division in Keene has declined to unseal the affidavit, citing the ongoing investigation. He denied The Sentinel’s most recent motion Monday, after hearing closed-door testimony about the investigation from Hinsdale Police Chief Todd A. Faulkner.

Afterward, Forrest said he was satisfied “at least for today that there is an ongoing, active investigation.”

Court documents like affidavits are presumed public. But judges can keep them sealed if convinced that the potential harm of disclosing the records outweighs the public’s interest in seeing them.

“There is an active investigation, and in a double homicide it takes time,” Faulkner said after the hearing. He said officials’ aim is not to keep information from the public, but to make sure that the investigation is done properly.

Forrest said The Sentinel could renew its motion in 90 days.

Though little has been said about the murders themselves, prior court cases and other records reveal some details about Shippee, the victims and the weeks leading up to their deaths.

Bolster was on parole for an attempted armed robbery at Chesterfield Gorge in April 2011, which ended with a man being shot nonfatally in the chest. After serving about five years in N.H. State Prison, Bolster was released March 31, 2016. He returned to prison twice in 2018 for parole violations, according to N.H. Department of Corrections records.

The second of those stints lasted about seven months, ending March 7, when New Hampshire released Bolster into the custody of the Vermont Department of Corrections. He faced several pending criminal cases in that state.

Bolster left custody the following day, after posting bail, according to Vermont Department of Corrections records.

Bolster’s pending cases included an allegation of domestic violence from 2017 and charges that he participated in the June 2018 sale of fentanyl to Connor Rusin, a 25-year-old from Wilmington, Vt., who later overdosed and died.

He was also charged with violating a court order that he was to have no contact with Jacobs following an incident in which he allegedly assaulted her. (The 2017 domestic-assault case involved a different alleged victim.)

Court records and police reports indicate Jacobs had stayed at 240 Plain Road in Hinsdale in December 2017 and at least part of 2018. In a form filed in court in late 2017, she described Bolster as her “husband,” though her Facebook page later listed her as single.

In the days before their deaths, officials on both sides of the state line grew concerned by reports that Jacobs and Bolster were spending time together, despite the court-ordered no-contact provision.

In an April 9 email to Bolster’s parole officer, Windham County State’s Attorney Tracy Shriver wrote that she had “heard reports that he is consuming illegal drugs and spending time with the victim of record in his pending Vermont case,” later clarifying that she meant Jacobs.

The parole officer, Ryan Conover, responded that he had heard similar reports of drug use and was due to see Bolster the following day.

He added that Jacobs’ mother had called him to say her daughter was spending time with Bolster, though Jacobs herself denied that. “I have also told Bolster that he is to have no contact with Ms. Jacobs and if I find out that he is, he will be going back to prison,” Conover wrote. The email exchange was first reported by the Brattleboro Reformer.

Shriver had also reached out to Faulkner, the Hinsdale police chief, that day, and he wrote back late that afternoon. “We have had contact with both together on more than one occasion,” Faulkner wrote in the email, which The Sentinel obtained through a public-records request.

He added that police were investigating Bolster for possible drug sales.

“We are looking at Bolster for a drug sales complaint and would like a little time to make this happen as the information is good and we possibly have someone that can get a buy into him,” Faulkner wrote.

Bolster and Jacobs were found dead two days later. At the time, neighbors said they tended to see an unusual number of cars come and go from the house at odd hours.

Shippee had also been suspected of having ties to drug activity in the region, according to police reports reviewed by The Sentinel.

Brattleboro police officer Sean Wilson pulled over Shippee and a woman for an alleged motor-vehicle violation in October 2017, according to affidavits and other documents written by Wilson.

Wilson wrote that he found suspected heroin and crack cocaine on Shippee and in the vehicle. A subsequent search of their apartment on Moore Court in Brattleboro yielded a nine-millimeter handgun, ammunition, a digital scale, more than 2,500 bags of heroin, 76 grams of cocaine, 111 grams of crack cocaine and $3,353 in cash, according to Wilson.

But Shriver, the state’s attorney, ultimately declined to prosecute the case, according to a handwritten note in Brattleboro police files dated February 2018.

Shriver told the Brattleboro Reformer earlier this year that the case had “significant problems.” “The constitutional violations in that investigation were significant enough that I could not file the case,” she said, according to the paper.

Reached Monday, Shriver confirmed her office never filed the case, but declined to comment further on the decision because she did not have the details of the two-year-old arrest on hand.

A Brattleboro Police Department official told the Reformer that the issues had to do with the traffic stop and how Wilson obtained consent to perform searches.

Wilson has not worked at the department since November 2018.

Shippee’s previous run-ins with police included a reckless-conduct case in Hillsborough County, in which the then 19-year-old Hinsdale resident was accused of accidentally shooting a friend in the leg in Milford in November 2009. The charges were later dropped or dismissed.

Shippee was also accused of a 2011 burglary in Westmoreland. The case ended with him pleading guilty to a misdemeanor count of receiving stolen property.

Personnel changes at N.H. State Police have prolonged the investigation into an April 2019 double homicide in Hinsdale, which the authorities …