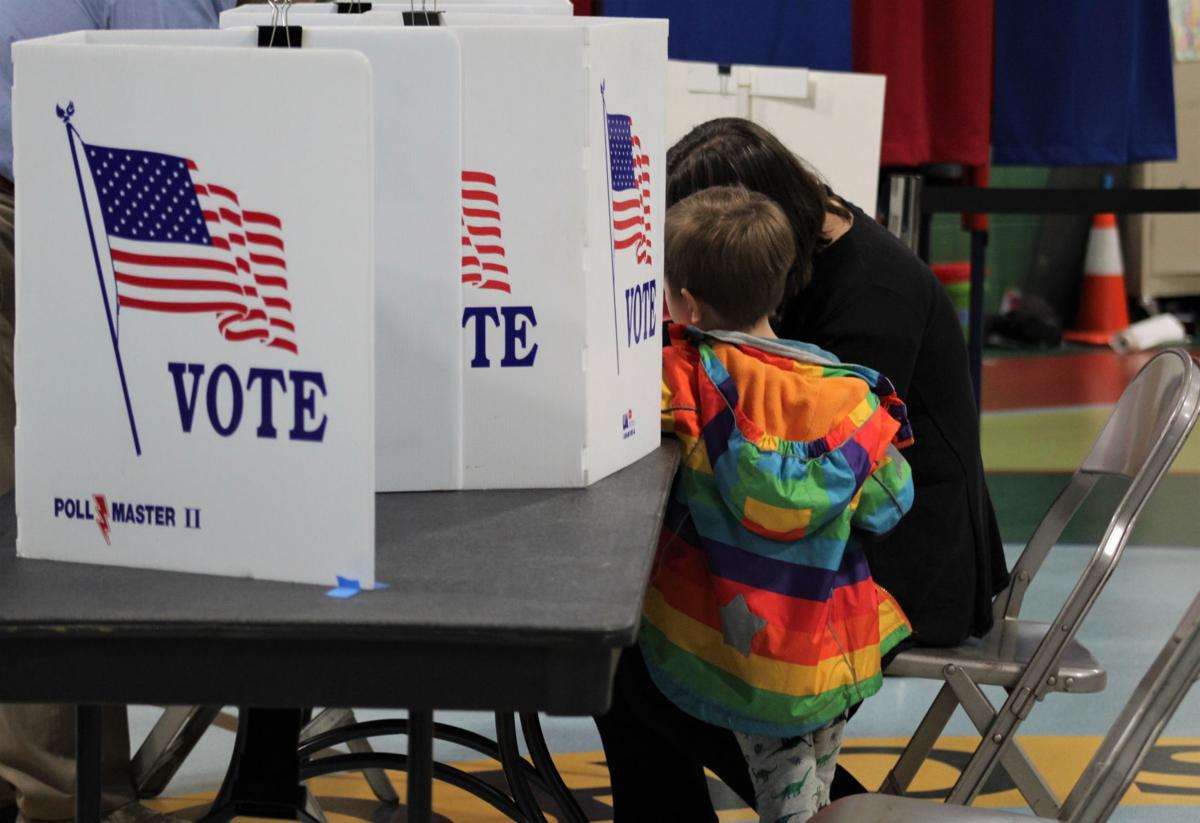 Sasha Clark, 4, joins his mother, Olya, at the Ward 4 polls at Symonds Elementary School as she fills out her ballot in Keene’s city primary in October 2019. 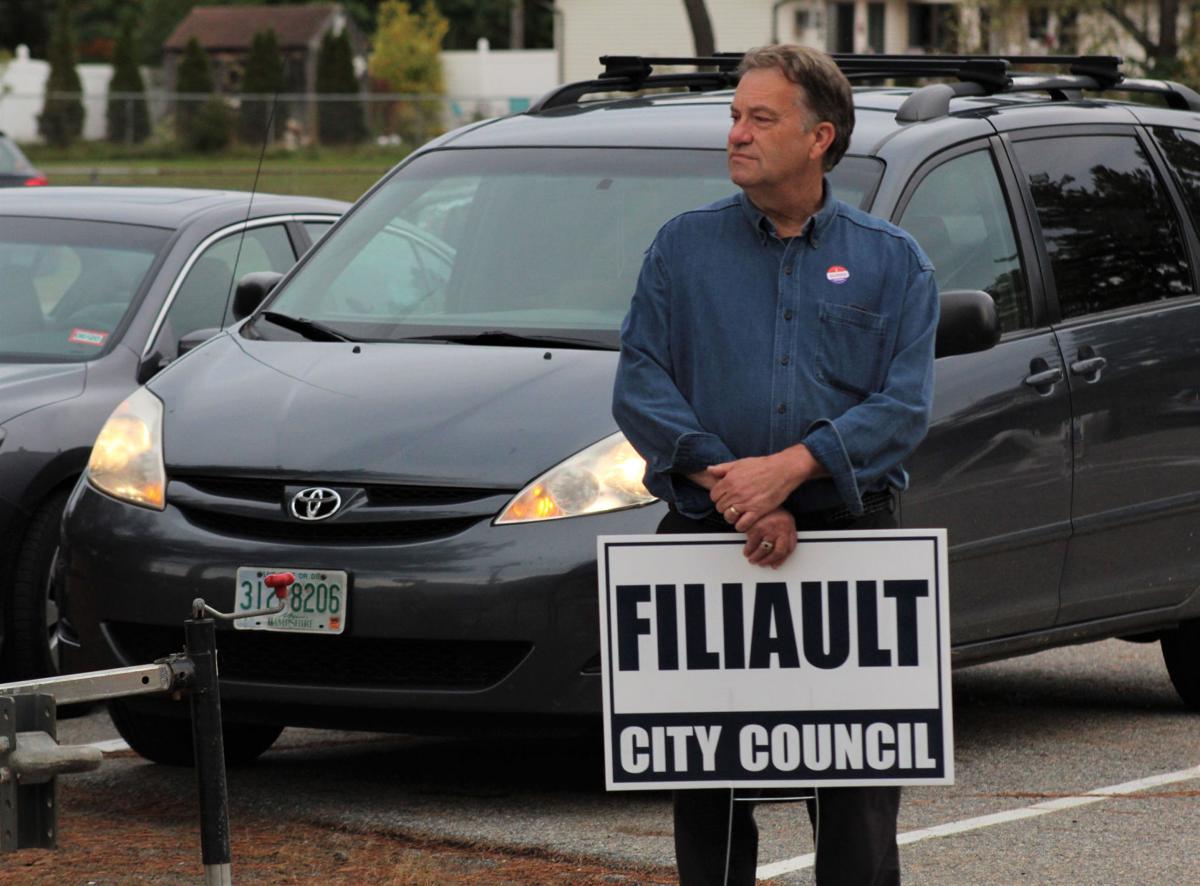 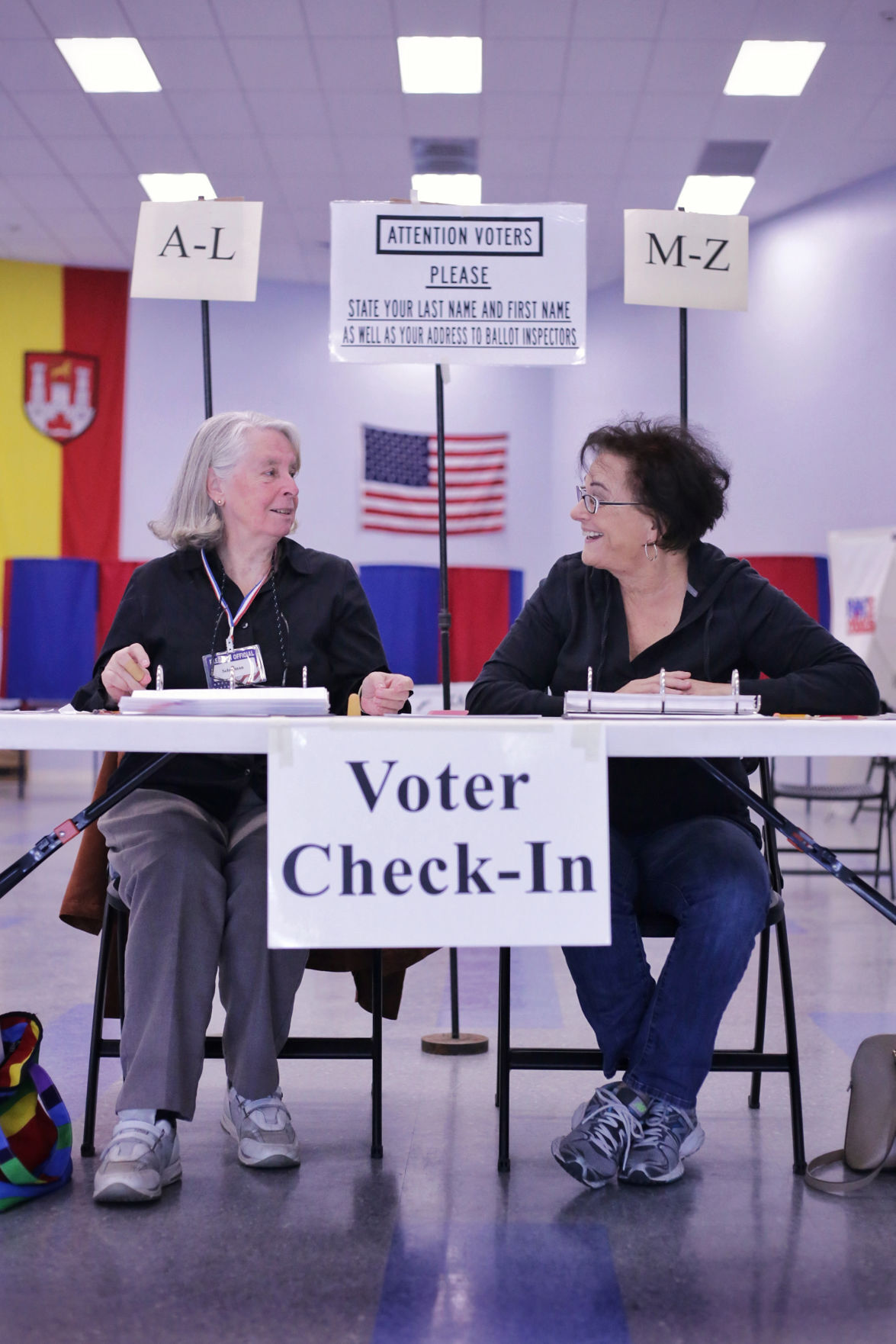 Gerry Frederiksen, a Ward 1 selectman, and Deborah Fleming, a poll volunteer, discuss the voter-checklist process while working the check-in desk at the Ward 1 polling station in the Michael E.J. Blastos Community Room during Keene’s city primary in October 2017.

Sasha Clark, 4, joins his mother, Olya, at the Ward 4 polls at Symonds Elementary School as she fills out her ballot in Keene’s city primary in October 2019.

Gerry Frederiksen, a Ward 1 selectman, and Deborah Fleming, a poll volunteer, discuss the voter-checklist process while working the check-in desk at the Ward 1 polling station in the Michael E.J. Blastos Community Room during Keene’s city primary in October 2017.

A city councilor has proposed either eliminating municipal primary elections in Keene or raising the number of candidates needed to trigger one.

Councilor Randy Filiault, in an email Monday to his fellow councilors and Mayor George Hansel, requested that councilors and city staff discuss the value of municipal primary elections. He said they often don’t accomplish much, and at a cost of more than $12,000 this year, Filiault says may not be worth it.

“The past several primaries have done nothing more than eliminate a single candidate from the ballot,” Filiault wrote in the letter. “Such a process is clearly a waste of taxpayer dollars, a waste of City Staff’s time, and a waste of election volunteers’ time.”

The filing period for this year’s city election season ended last week, with only enough candidates for one primary election next month, though all candidates will appear on the ballot. In the contest for a two-year term as mayor between incumbent Hansel, Aria DiMezzo and Mark J. Zuchowski, primary voters will narrow the field from three candidates to two.

Filiault, a long-time councilor who is among eight candidates in this year’s councilor at-large race — three short of the number that would trigger a primary — said he’s been thinking about city primaries for a long time and watching how the last few have played out. He said if he’d known that only one primary would be required this year, and only to eliminate one person, he may have attempted to act sooner.

He also said that primaries typically aren’t a great representation of the city’s voters, noting that the number of people who participate is very low.

“When you look at the primaries now, the turnout is pathetic,” he told The Sentinel Wednesday. “I’m talking single digits.”

This wouldn’t be the only time city officials have re-examined municipal primaries.

Keene voters passed a charter amendment during the 2011 election that established a minimum number of candidates needed for a primary election. In the mayoral and ward councilor races, more than two candidates are required for a primary to be held. For councilor at-large elections, a primary is triggered if there are more than 10.

And there’s quite a bit that goes into that process, according to Little.

Little said 14 people for each of the city’s five wards are needed to carry out an election. They include elected officials — a ward moderator, a ward clerk, a ward supervisor of the checklist and three selectmen — as well as six appointed ballot inspectors and two appointed assistant supervisors per ward.

In order to change the city charter, where the process for holding municipal elections is codified, a ballot question would need to be put before voters during a regular general election. Because of the work that would be needed for such a change, Filiault said it would be good to start considering it right away.

His proposal is on the agenda for the council’s regular meeting tonight. He said he expects Mayor Hansel will refer it to a council committee or city staff for further consideration. Or it could be sent to a council workshop, he said, where councilors could dedicate some time to hashing out any concerns.

This story has been updated to clarify information about which candidates will appear on the ballot during the Oct. 5 primary election.