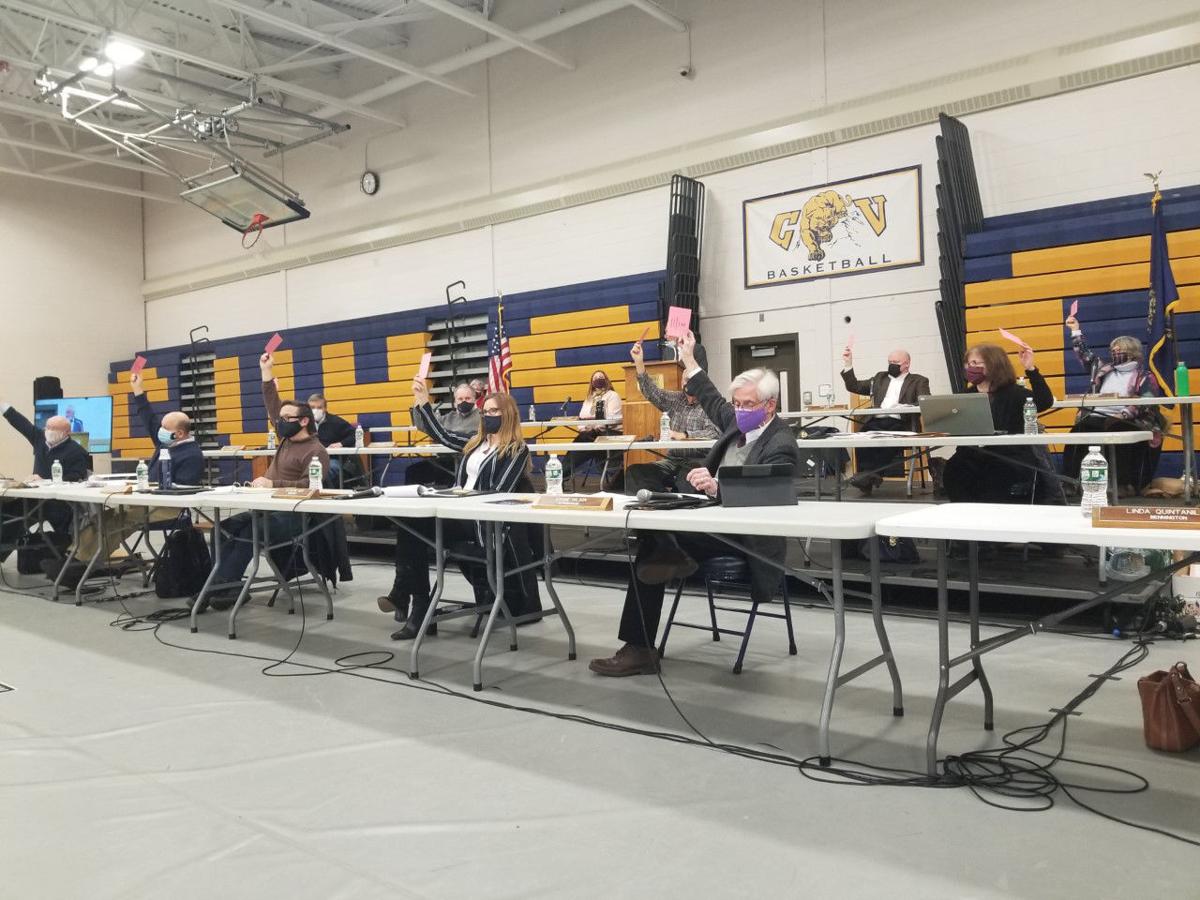 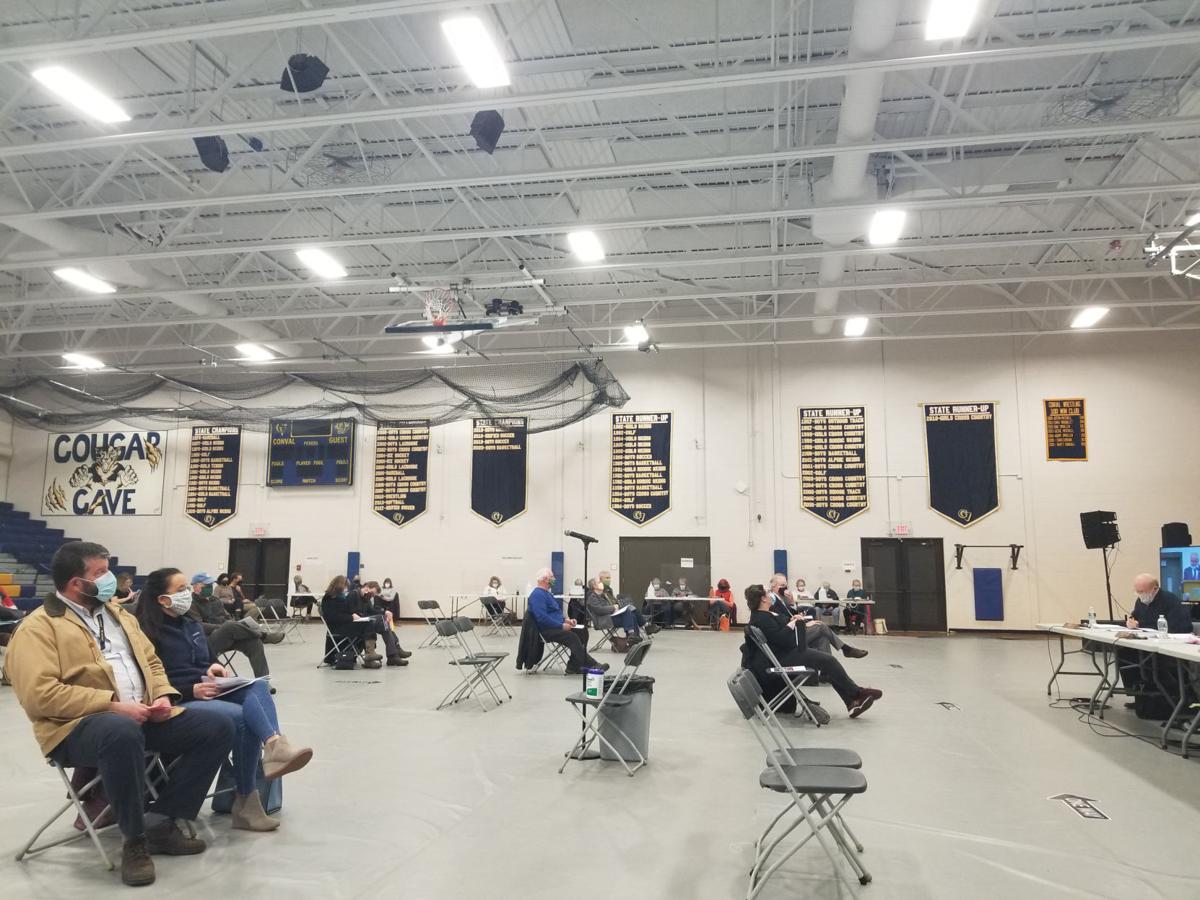 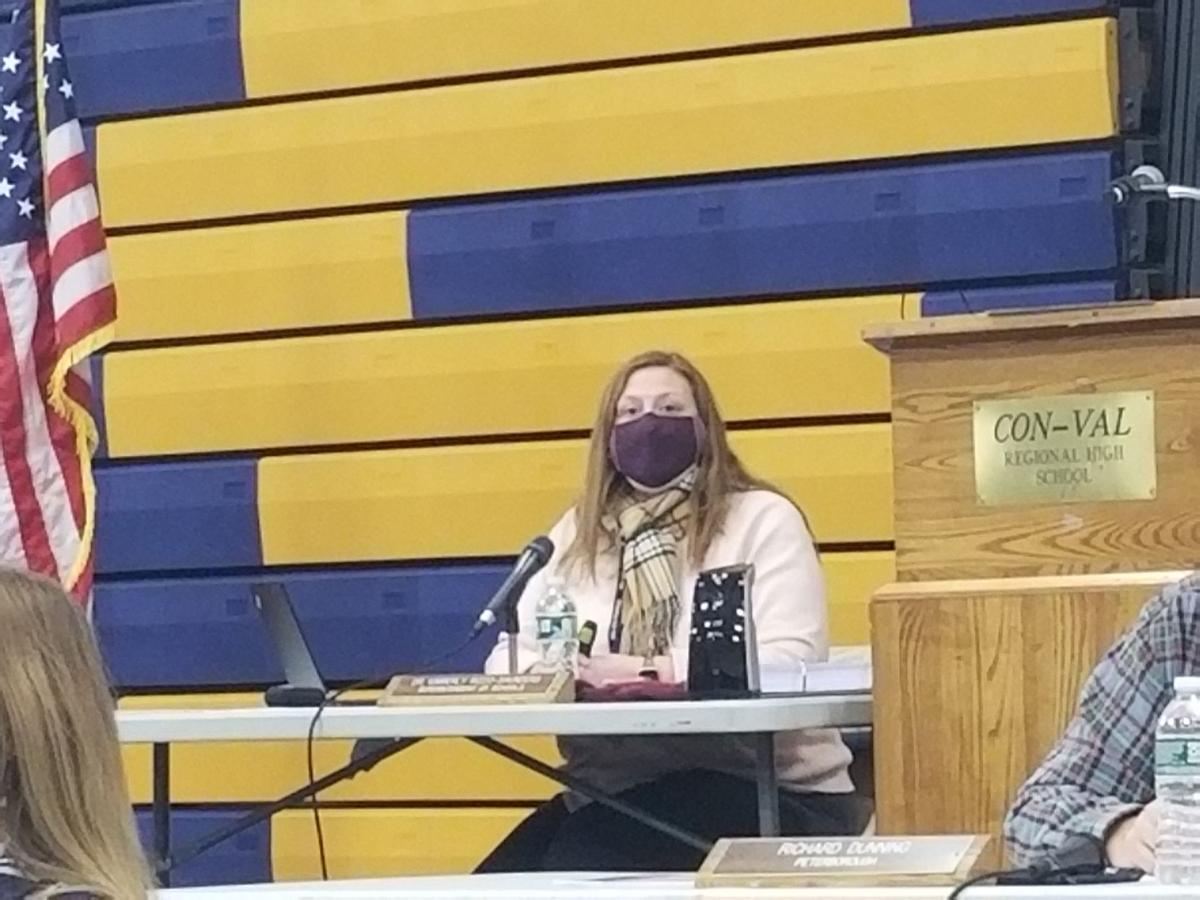 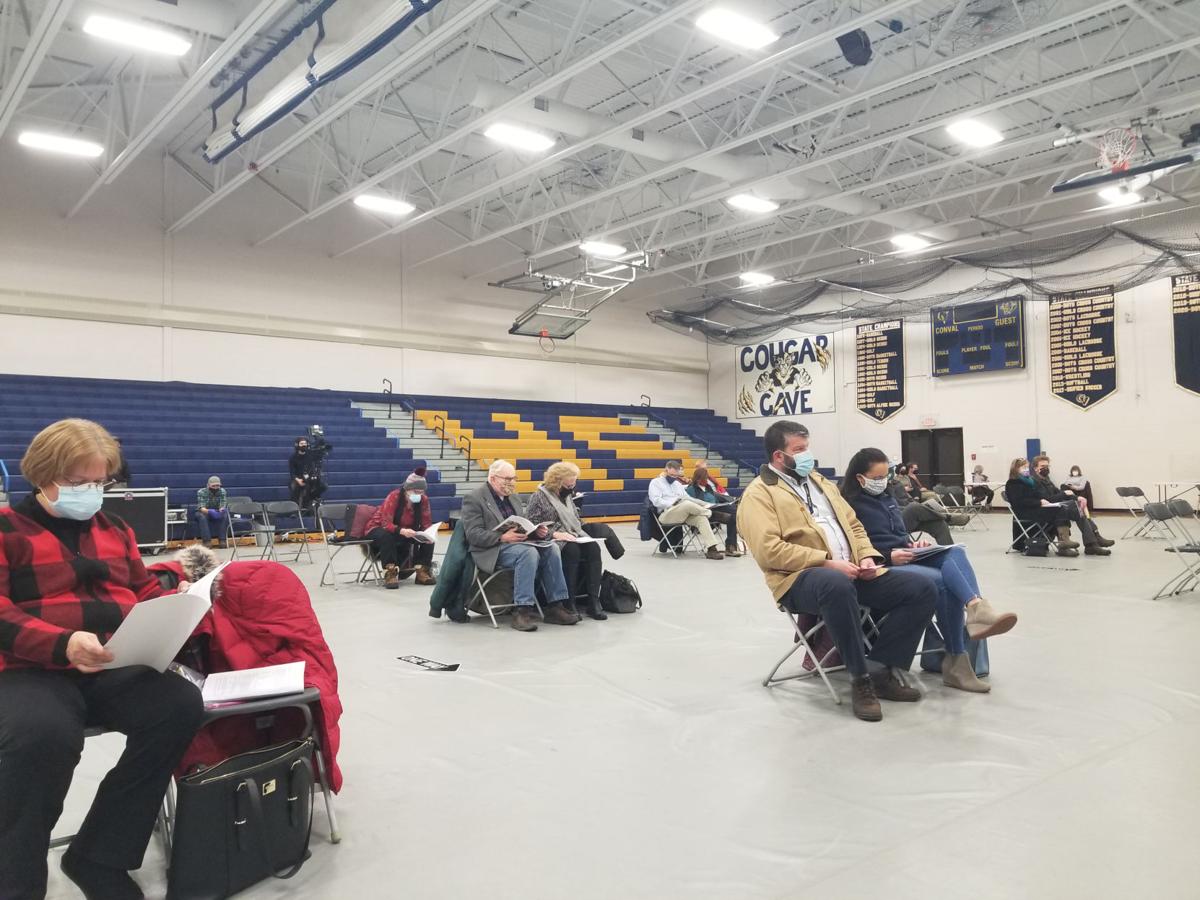 PETERBOROUGH — Only two votes were taken at the ConVal School District’s annual deliberative session Wednesday evening — one to fix minor typographical errors in the third article on this year’s warrant and another to adjourn the meeting a little more than an hour after it began.

Other than these straightforward votes, residents in the district — which covers Antrim, Bennington, Dublin, Francestown, Greenfield, Hancock, Peterborough, Sharon and Temple — were silent during the meeting, with none of the 13 warrant articles generating any public discussion. This marks the second year in a row that ConVal voters made no changes to the warrant at the deliberative session.

The session Wednesday evening, which was postponed from the previous night due to the snowstorm that hit the area, drew about 95 people to ConVal Regional High School in Peterborough. Seats were set up in the gymnasium to allow for social distancing, and attendees were required to wear masks to limit the potential spread of COVID-19.

School board member Jim Fredrickson of Sharon, who chairs the board’s budget and property committee, began the meeting by presenting the district’s $52.6 million budget proposal, which he said reflects a decrease in revenue due to forces beyond the district’s control.

“There are clearly some outside factors that we had no control over in the district that impacted [the budget],” he said. “COVID is obvious. We’ve had decreases in state revenue, which are significant.”

The district expects to receive $413,882 less in state aid in 2021-22 compared to the current year, a roughly 5 percent decrease. Additionally, Fredrickson said, the district faces mandatory cost increases for contributions to the state’s retirement system.

“All these things out of our control impact your taxes, too,” he said. “So we’re here to vote tonight on what is in our control — the operating budget.”

At the annual deliberative session, voters have the chance to discuss and amend warrant articles before voting them up or down at the polls in March.

Superintendent Kimberly Rizzo Saunders said the budget proposal prioritizes caring for students’ mental and emotional health both during and after the COVID-19 pandemic.

“Anytime there is a crisis, we know that our students’ mental and social and emotional health suffers, just like the adults,” she said. “This was not just a crisis. The magnitude of COVID-19 for our students and our families has been catastrophic.”

The budget proposal calls for funds to hire an additional elementary school counselor and two more middle school support counselors. As another result of the coronavirus pandemic, ConVal also plans to appropriate $780,000 in next year’s budget to staff a fully remote K-8 school as an option to families moving forward.

“We had some students who were very successful, and we had some parents who want to access school this way moving forward,” Rizzo Saunders said of remote learning during the pandemic. “While some parents really disliked it, we know that some of our students benefitted, and this is the way that they want to move forward.”

District officials on Wednesday also presented a one-year contract with the ConVal Education Association — which represents teachers, specialized service professionals like school nurses and psychologists, as well as paraprofessionals — that would increase salaries and benefits by an estimated $847,899.

Voters are also being asked whether to authorize the district to hold a special meeting to approve a revised collective-bargaining agreement if they reject the contract at the polls. At Wednesday’s deliberative session, this article required an amendment to fix typos that incorrectly referred to the contract as a “collective bargaining unit,” instead of “agreement,” and misidentified the number of the article regarding the proposed contract.

District residents will vote on the warrant articles at the polls March 9, except potentially in Temple, where the town’s selectboard has decided to postpone voting until June 8 due to the COVID-19 pandemic, according to the Monadnock Ledger-Transcript.