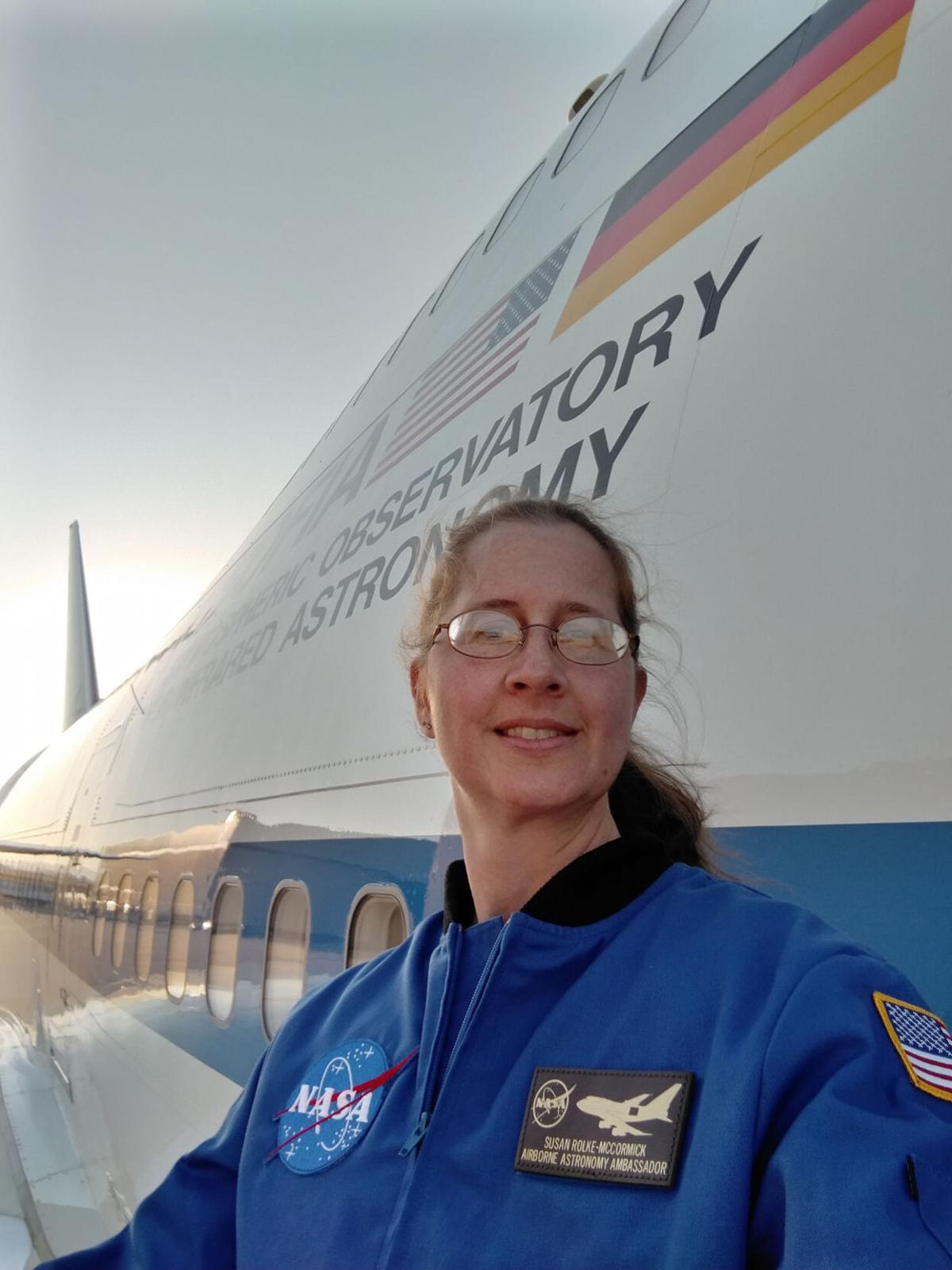 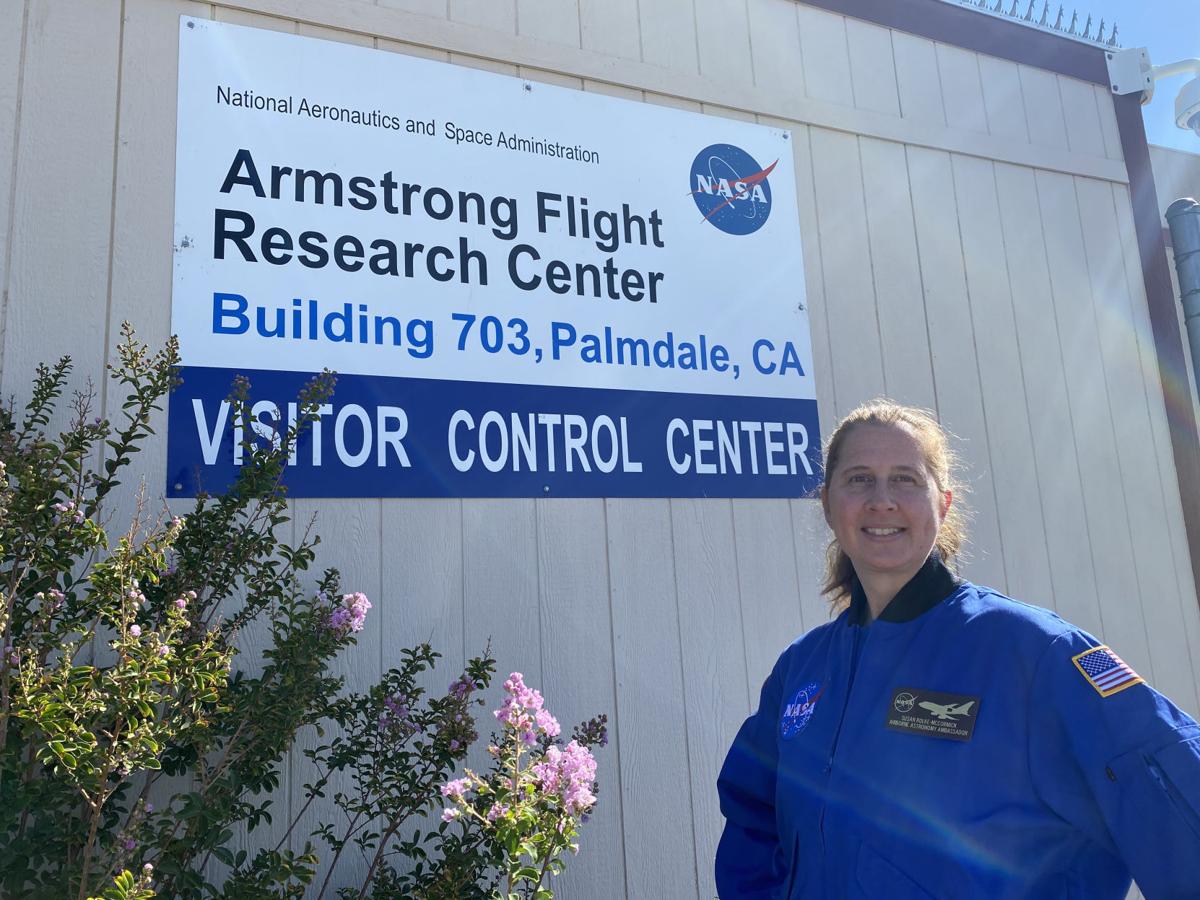 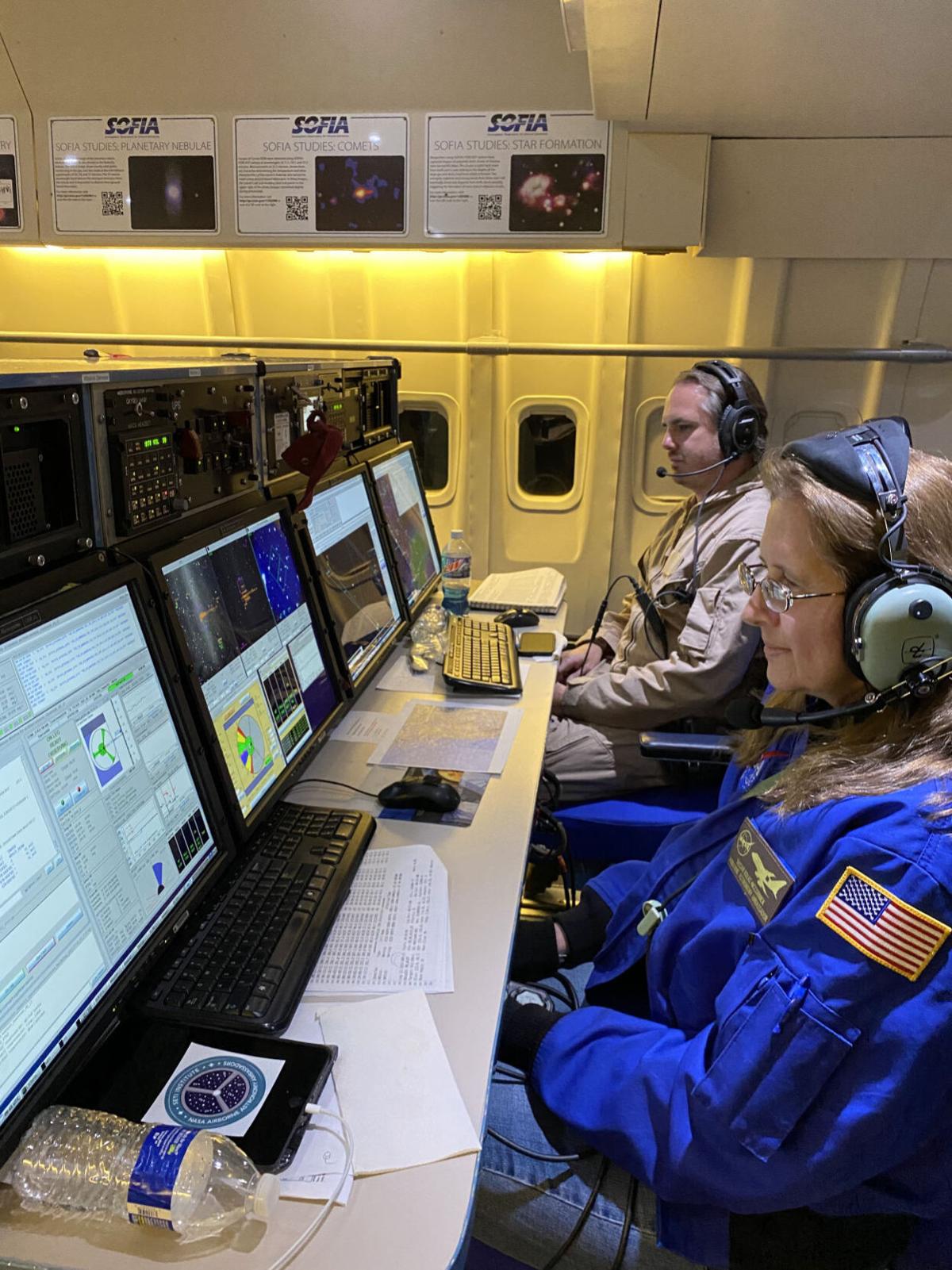 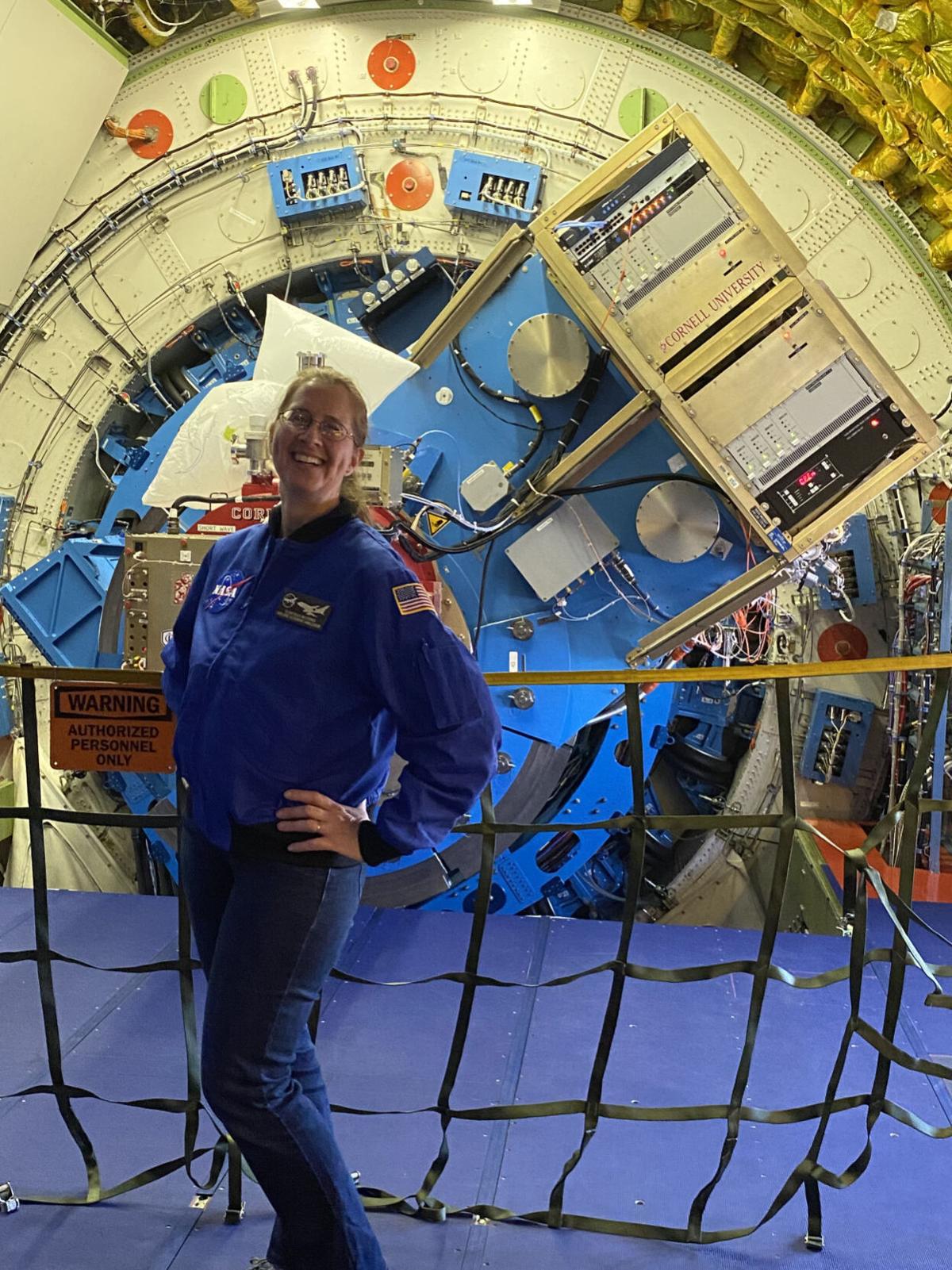 Susan Rolke was one of 28 educators nationwide selected in February 2020 to participate in NASA’s Airborne Astronomy Ambassadors program administered by the SETI Institute.

Susan Rolke was one of 28 educators nationwide selected in February 2020 to participate in NASA’s Airborne Astronomy Ambassadors program administered by the SETI Institute.

The science teacher at Conant High School in Jaffrey traveled to Palmdale, Calif., where she took part in two overnight flights onboard NASA’s Stratospheric Observatory for Infrared Astronomy (SOFIA) during a weeklong trip that also included meetings with engineers who work on the project. The world’s only flying observatory, SOFIA is a modified 747 equipped with a specialized infrared telescope.

“Definitely the flights are the highlight of the experience,” said Rolke, 51, of Fitzwilliam.

She was one of 28 educators nationwide selected in February 2020 to participate in the program, but the COVID-19 pandemic delayed her flight week from that June. With her trip now complete, Rolke said she’s excited to share the experience with her students.

For example, Rolke said the NASA crew members she met offer great examples of career paths students can follow if they study math and science.

“Just about everybody who works there, none of them really foresaw, as they were going through school, that NASA was what they wanted to work for at the end,” she said. “All of them went through different paths.”

Some crew members, Rolke said, came from a military background. Others worked as mechanical or electrical engineers before being selected to join the crew on SOFIA, which travels above 99 percent of Earth’s infrared-blocking atmosphere to do research not possible with ground-based telescopes, according to NASA. Scientists who work on SOFIA research a variety of topics, including the birth and death of stars, formation of new solar systems and black holes.

“And through a variety of opportunities that arose in their lives, they eventually found themselves at SOFIA because they were prepared to take advantage of those opportunities as they presented themselves,” Rolke said.

During the flights, which took off around 8 p.m. on Tuesday and Thursday nights and landed around 5:30 the following mornings, Rolke said these crew members also demonstrated excellent teamwork and problem-solving skills, which she said will also be valuable examples for her students.

Early in the first flight, which traveled primarily over the Pacific Ocean, Rolke said the pilots got word that there was a temporary no-fly zone over part of the planned flight path, and had to react quickly to figure out how to get the plane to certain destinations before the objects they were planning to observe would no longer be visible.

They worked together to make those on-the-fly adjustments, Rolke said, and were able to gather data on a variety of research topics, including why there isn’t more star formation at the center of the Milky Way galaxy, and whether the asteroid Hestia formed in the asteroid belt or if it originated elsewhere and migrated there.

Rolke witnessed quick problem-solving again on the second flight, which took the plane over the western U.S. and Canada, when the telescope unexpectedly went offline.

“So it went down, and it was suddenly, ‘Oh no. How much are we going to lose? Are we going to lose the rest of the night?’ ” Rolke said. “And in the three minutes, they had come together, and they had it back up and working again, and they were collecting data. So they only lost three minutes. So it was really key to have that teamwork and problem-solving happening.”

These stories, she added, provide her with real-world examples of these principles, which Rolke plans to incorporate into her curriculum.

“My physics classes have a lot of open-ended questions that they have to solve, where my students do have to come together as a team to try to figure out what information do they need to know and how are they going to get to the answer and work through it together,” she said. “And I’m working on trying to incorporate more of that stuff into my chemistry class.”

Rolke, who grew up in Keene and holds a bachelor’s degree in math and physics from Keene State College, has also taught an astronomy course at Conant before. And in all of her courses, Principal David Dustin said, Rolke is a champion of STEM education.

“Our school is developing integrated opportunities and a focus on Science, Technology, Engineering, and Mathematics, and Ms. Rolke has been a continued advocate for expanding access to rigorous and high quality opportunities in those areas,” Dustin said in a written statement.

In addition to the weeklong research trip to California, teachers in the Airborne Astronomy Ambassadors program receive training on a two-week curriculum developed by NASA to bring back to their schools. Rolke offered the unit on the electromagnetic spectrum, using examples from SOFIA, last November in her physics and chemistry classes at Conant, where she has taught for three years.

And now with her own personal examples from SOFIA, Rolke said she plans to incorporate even more of this experience into her courses during lessons on topics like mass and inertia, aerodynamics and infrared light.

“So I’m really looking forward to bringing these things back to my students, and getting them excited,” she said.