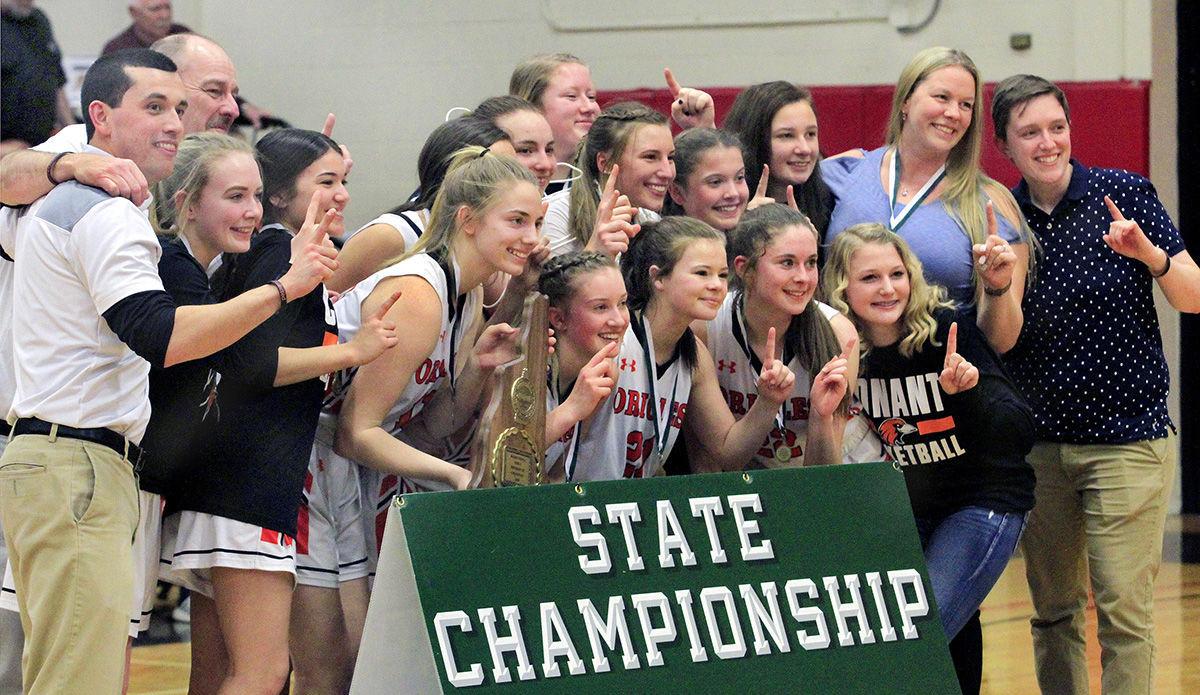 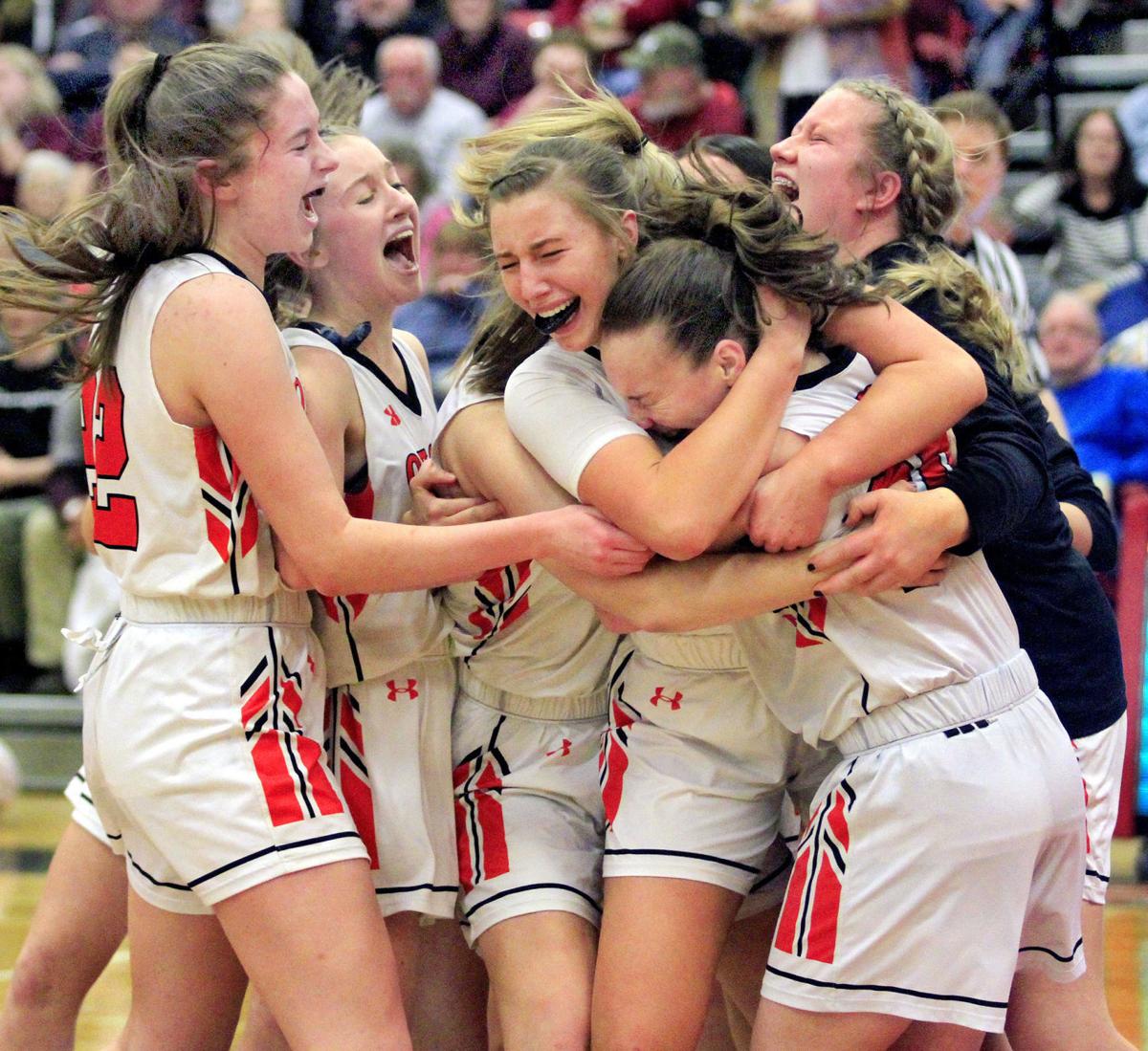 Months ago, Brynn Rautiola was a freshman guard coming into the season with high expectations for both herself and a Conant girls’ basketball team that was seeking its record eighth state championship.

Just 21 games later, No. 5 shined, scoring a team-high 16 points, including seven in the fourth quarter, leading the Orioles past Fall Mountain 51-42 to win the Division III state championship at Keene State College Saturday and cap an undefeated season.

“We knew that it was only a matter of time before she had a big game, and on the biggest of stages, for a freshman to do that is unbelievable,” Orioles coach Brian Troy said.

Rautiola had plenty of help, though, as a team doesn’t go 21-0 without a bevy of players producing.

Elizabeth Gonyea, a key player all season for Conant, was second on the team in scoring, with 12 points, and the junior guard added four steals.

After going scoreless in the first half, the lone Conant senior, Silas Bernier, came alive in the second half, scoring six of the Orioles’ 27 second-half points. The guard also had seven rebounds.

“I am so happy for Silas. We talked before the game about this being her last game, and let’s make you go out a champion because that’s what you’ve been here the four years you’ve been with me,” Troy said. “She has been the heart and soul and the leader of this team.”

All season long, Conant had controlled the outcome of games, but at times on Saturday, Fall Mountain seemed moments away from doing so. The Wildcats won the second and third quarters, outscoring the Orioles 23-20 in those 16 minutes.

A large part of that was on the shoulders of Sophie Bardis. The junior delivered clutch shots throughout the night, including a big three-pointer down the stretch to cut the lead to two points with just under two minutes to go in the game.

Bardis embodied the fight the Wildcats prided themselves on all season. After losing its best player Zoe Utton to graduation, the Wildcats still compiled a 17-4 record, with no seniors on the roster.

Bardis scored a game-high 18 points and went 6-for-9 from deep. She added seven rebounds and three assists.

Outside of Bardis, Erin Brady did damage down low for the Wildcats before fouling out with 3:59 remaining in the contest. The forward finished with eight points and grabbed seven rebounds, five coming on the offensive end of the floor. When Brady departed, Fall Mountain trailed by just three.

Makenna Grillone and Avery Stewart each chipped in seven points for the Wildcats. Fall Mountain attempted just six free throws, as opposed to the 28 chances Conant received at the line. The Wildcats hit four of their six attempts and the Orioles knocked down 16. The disparity at the line was crucial for both sides.

“When we first played them, we found out they were head and shoulders above the division, including us,” Fall Mountain head coach Matthew Baird-Torney said. “As we started progressing it looked like we may meet them in this game. We held off on some things in our second meeting and we put it all in on the line today.”

The two programs had met twice during the regular season, with Conant winning the matchups by a combined 49 points. The Orioles came into the postseason tournament as the No. 1 seed, with Fall Mountain No. 2.

With its eighth championship now secured, Conant still has its eyes on more, with a performance by Rautiola that can only enhance that hope.

“It’s just amazing to get this one and we have the potential to do it all four years,” Rautiola said.

Still looking for its first state championship since 1983, Fall Mountain came up just short in the title game for the second consecutive season. But with their complete roster back for next season, it could once again be a collision course between the two.

“I looked at my juniors and sophomores and said, ‘Let’s do this again next year,’ ” Baird-Torney said.