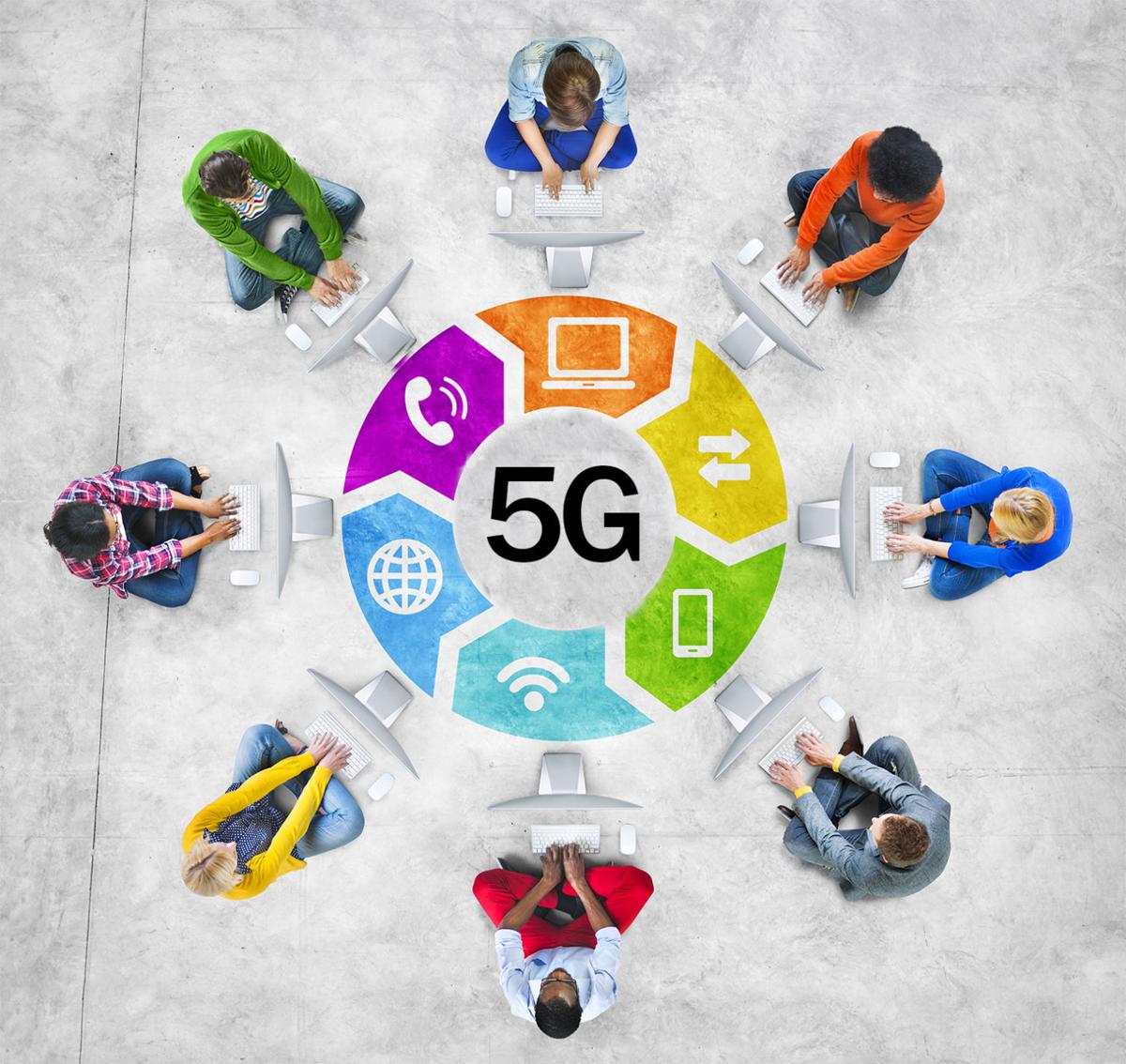 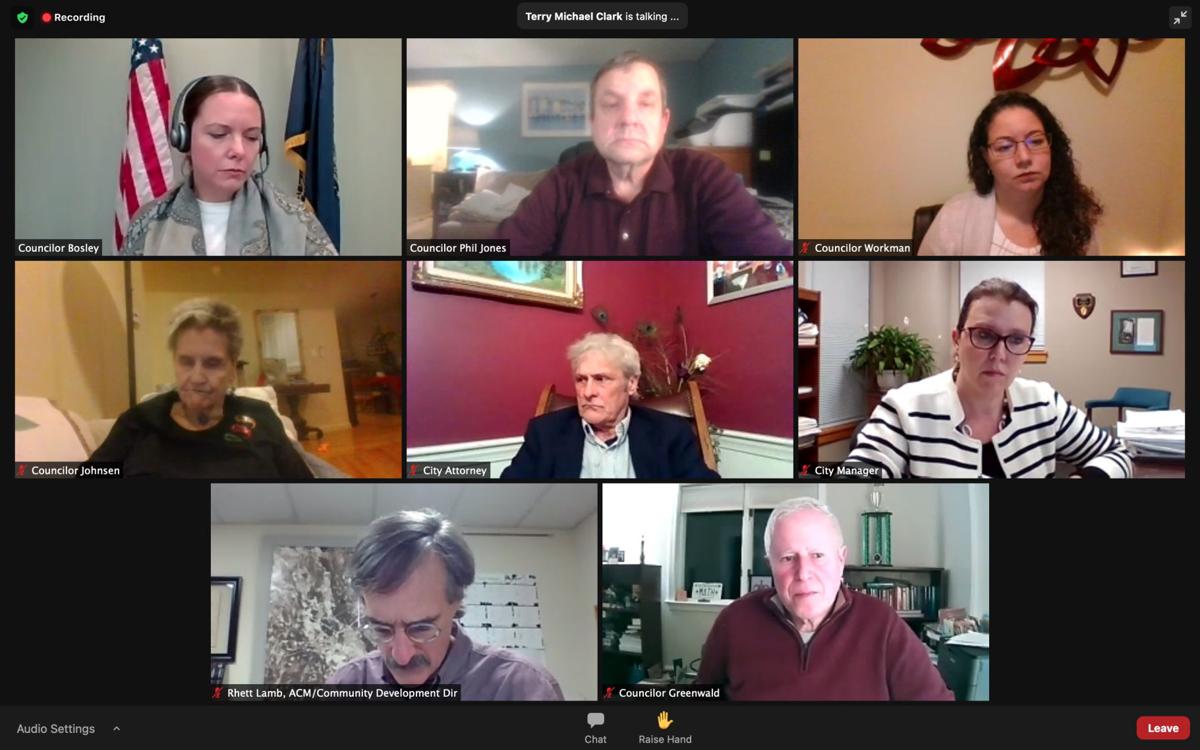 A Keene city councilor has asked that the city revisit its ordinance governing the placement of small wireless facilities in public rights of way after members of a state commission found some cause for concern about potential negative health impacts related to those facilities.

In a Jan. 5 letter to the council and Mayor George Hansel, Councilor Terry Clark proposed a review of the ordinance and discussion of possible updates to reflect new information from a Nov. 1 report by the state’s Commission to Study the Environmental and Health Effects of Evolving 5G Technology. After a bit of debate, the council’s Planning, Licenses and Development Committee voted unanimously Wednesday to place the item on “more time.” This is a designation that requires no immediate action, as councilors learn more about the report’s recommendations.

A small wireless facility is an antenna mounted on a building or utility pole — or in this case, enclosed inside a tall, narrow structure — that is used to deploy wireless broadband. This technology is used to enable wireless signals for both 4G and 5G technology. SWFs emit radio frequency waves, drawing concerns about whether this could have a negative effect on people’s health.

A 2020 report from the International Commission on Non-Ionizing Radiation Protection found no evidence to suggest that the electromagnetic waves associated with 5G networks are likely to negatively impact health. Still, whether or not the technology is actually safe has remained a hotly debated subject.

In his proposal, Clark — who has expressed concerns about the technology in the past — includes a number of suggested amendments to Keene’s ordinance, including extending the required distance between individual small wireless facilities and between SWFs and structures such as residences, schools and hospitals; labeling SWFs with warning signs; and allowing the city to employ a radio-frequency engineer to conduct annual unannounced tests on those facilities. The full list of proposed updates is included in the committee’s Jan. 13 agenda packet, which can be found online at https://bit.ly/35Ekhns.

“In light of the tone of the recommendations in that report — it was agreed upon by 10 of the 13 members, by the way — I asked Lori Schreier [of the New Hampshire for Safe Technology group] to outline how our current ordinance could be amended to reflect those recommendations,” Clark, who does not sit on the PLD Committee, told its members Wednesday. He also noted that the City Council’s plan has always been to review the ordinance after the state report was complete.

The current ordinance, adopted in May, sets the standards for where SWFs can be placed throughout the city.

The 13-person commission — which included elected officials, educators, business-sector representatives and others — was charged with reviewing studies and speaking with experts about the impacts of 5G and small wireless facilities. The commission was established by the passage of House Bill 522 in July 2019.

The state report comprises both majority and minority opinions; the majority of the commissioners found that there is some cause for concern that the technology may have an adverse effect on the health of people exposed to the radio frequencies emitted from the SWFs. Schreier, who is not on the commission, said the majority report found potential concerns with not only 5G technology, but with 4G as well, the current generation of wireless signal.

The minority report concluded with a more favorable outlook on the technology with fewer concerns about potential health risks.

“In the proposed changes, I added 4G and above as important aspects to consider,” Schreier told the committee. “When I did the changes, I had in mind, looking at what the commission’s intent is and specific recommendations, and I also looked at what kind of changes could be made that are legally low risk.”

The Federal Communications Commission generally has jurisdiction over the deployment of SWFs, and municipalities are limited in what restrictions they can place on wireless service providers.

However, some members of the state commission’s minority participated in Wednesday’s PLD Committee meeting and urged the councilors to consider their report as well. Among them was Beth Cooley, assistant vice president of state legislative affairs for the Cellular Telecommunications Industry Association.

Cooley has been a strong opponent of the city’s ordinance in the past, stating on multiple occasions that it violates various state and federal laws.

Cooley said the recommendations from the majority report have “no basis in fact” and are irresponsible and open municipalities up for potential litigation. She emphasized that there are already federal regulations in place that require SWFs to operate at a radio frequency that is below the threshold where health risks become more likely.

“Contrary to the position taken by the 5G commission’s majority report, the science related to radio frequencies, wireless devices and health is well studied and well known,” she said. “The consensus of the U.S. and international scientific community is that there are no known adverse health risks from the levels of [radio-frequency] energy emitted at the frequency used by wireless devices, including cellphones, and facilities, including small cells.”

She also noted that, in New Hampshire, there is a need for reliable high-speed Internet access, particularly amid the COVID-19 pandemic.

After a number of comments from members of the public, both for and against the proposed ordinance updates, the committee decided it needs additional time to parse through the reports and bring in more members of the state commission to discuss their findings. The committee did not set a specific date to bring the matter back to the table.