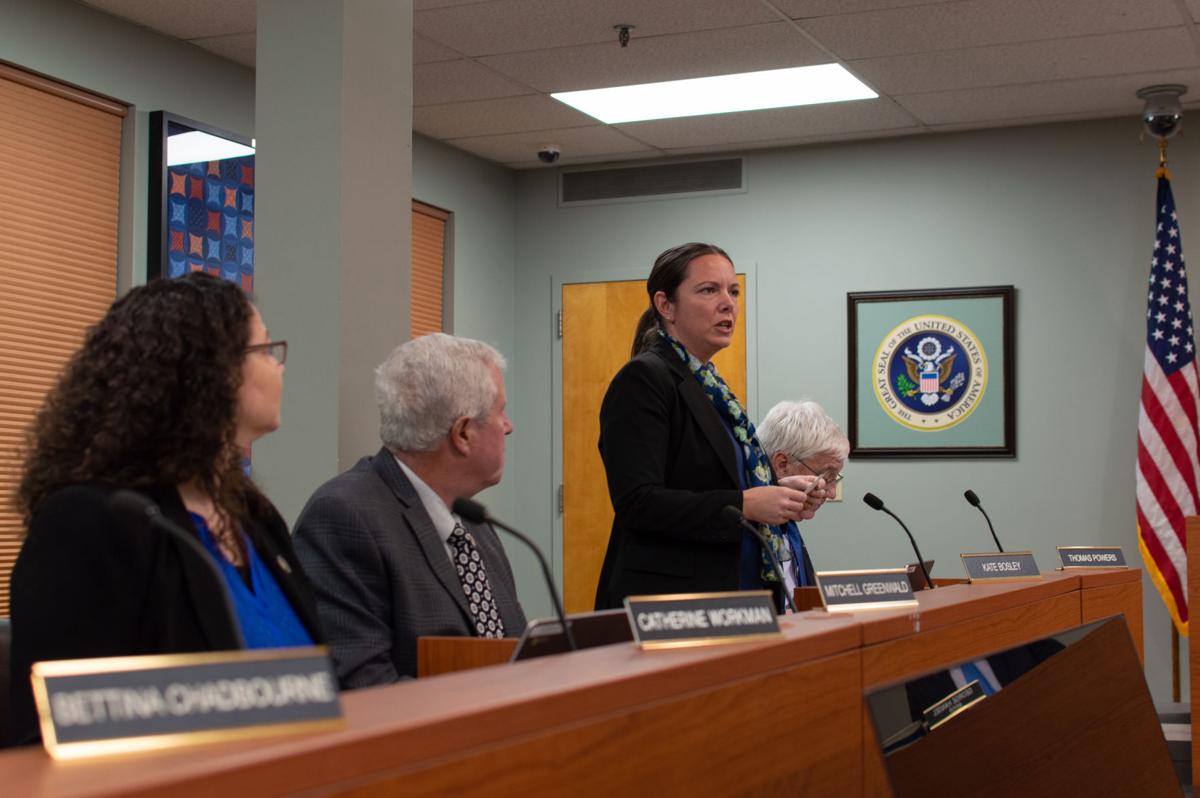 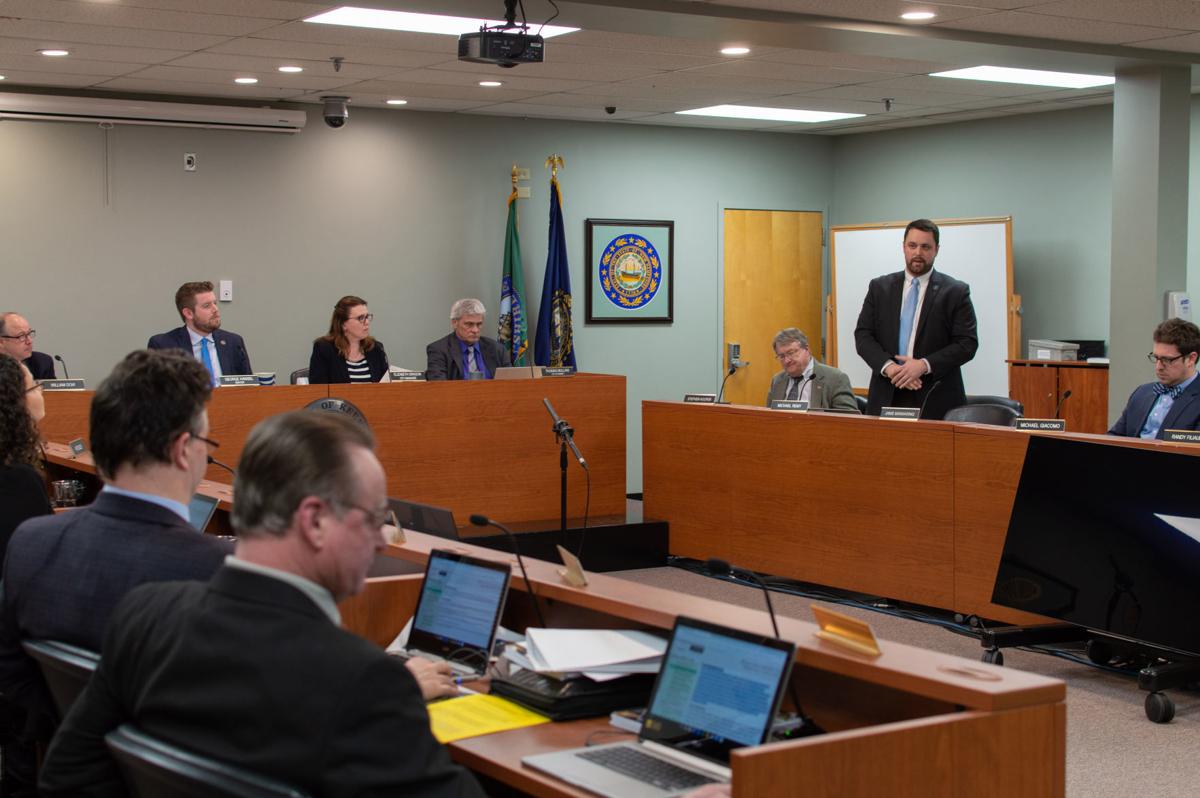 Keene city councilors voted 10-2 Thursday evening to block, until January, applications from service providers hoping to launch 5G — a stance that could potentially open the city to lawsuits from those companies.

The council unanimously approved a separate motion, instructing staff to proceed with drafting an ordinance that would create location and design standards for small wireless facilities installed in public rights-of-way. Also known as small cells, these facilities can be used to roll out 5G, the next generation of mobile networks that boasts faster download and upload speeds, as well as previous generations.

If the ordinance is successfully drafted and adopted, the council’s vote directs the city manager to accept only applications for 4G and below.

Small-cell systems use boxy antennas that can be attached to existing structures, such as buildings or light poles, connected by fiber optic cable. Because they emit higher-frequency radio waves that don’t travel as far, these cells are installed every few blocks.

The draft legislation is not an endorsement by the city of the technology; it would be a mechanism to handle any potential applications from service providers.

Before Thursday’s vote, many opponents viewed the potential ordinance as a rubber-stamp of 5G. At committee meetings over the past few months, as well as at a February public hearing, residents of Keene and surrounding communities expressed their concerns about the technology’s health risks. That’s been a subject of debate around the world, with scientists, doctors and industry experts landing on both sides of the issue.

Local dissenters have decried the lack of research into the biological effects of 5G, since many existing reports extrapolate data from studies of 4G and older generations, which use lower-frequency waves.

As a result of the opposition to the technology, generally a handful of people who continuously attended meetings on the topic, the planning, licenses and development committee recommended last week that the council block 5G applications until a state panel releases its findings.

Passage of a bill in the Legislature last year made New Hampshire the first state to create a commission to study the environmental and health effects of 5G and, according to meeting minutes, “all things pertaining to radio-frequency radiation.” The 14-member commission, comprising state legislators, industry experts and representatives of business and medical associations, is slated to present its findings in November.

Based on that timeline, the council voted to reject applications for services above 4G until Jan. 2, 2021, which planning, licenses and development committee Chairwoman Kate M. Bosley said Thursday would give the council ample time to review the state panel’s report.

Councilor Philip M. Jones, a committee member who was absent last week but submitted a letter requesting the moratorium on 5G applications, lauded the vote, as well as Mayor George S. Hansel’s decision to host a public hearing on the subject.

But Remy said he planned to vote against the temporary 5G ban, citing a recent study by the Office of Communications, better known as Ofcom, an independent organization that acts as the U.K.’s equivalent of the U.S. Federal Communications Commission. In its first tests of 5G since the technology was rolled out, the regulator found no identifiable health risks.

While he appreciates the health concerns expressed by the community, Remy said he doesn’t want to do “anything that’s gonna discourage companies from investing in Keene.”

“And honestly I would love to have some competition for Spectrum … for my home Internet,” he added.

Councilor Terry M. Clark, who has consistently railed against 5G, disputed the legitimacy of the Ofcom study and argued it parrots “industry talking points.”

Although city staff don’t anticipate a flood of 5G applications between now and the Jan. 2 deadline, rejecting any that are submitted could open the city to lawsuits, as Bosley explained at the Feb. 26 committee meeting. And if Keene is compelled by a judge to accept the 5G applications, the city wouldn’t be allowed to impose design and location standards retroactively.

That’s because the Telecommunications Act says local governments can’t discriminate against providers or prohibit wireless service, meaning that a municipality allowing utility and phone poles on its public rights-of-way can’t categorically bar the installation of small cells or ban the implementation of 5G.

Guidelines from the Federal Communications Commission detail a range of local regulations that would rise to the level of “effectively prohibit[ing]” service — which would open a municipality to a lawsuit. The agency also mandates that any requirements of providers be published in advance, and it gives towns and cities deadlines for processing small-cell applications: 60 days for attaching to an existing structure and 90 days for new construction.

As of now, there’s no mechanism for Keene to handle such an application, which is what the draft ordinance aims to address. The closest thing to an alternative would be the city’s telecommunications ordinance, but City Attorney Thomas P. Mullins told the committee at a November meeting that it doesn’t encompass small cells. That ordinance addresses traditional macro cell towers, typically on private property.

“If your standards don’t allow a competitor to be able to operate, they’re going to be able to go into the federal district court and say that that standard is inhibiting [their] competition rights,” Mullins said in November. “So it’s very important to understand that, that we’re trying to create something that will keep everybody on the same playing field.”

Mullins did not publicly address the legality of blocking 5G applications to the council Thursday or at last week’s committee meeting. He declined to comment on the council’s vote Thursday night.