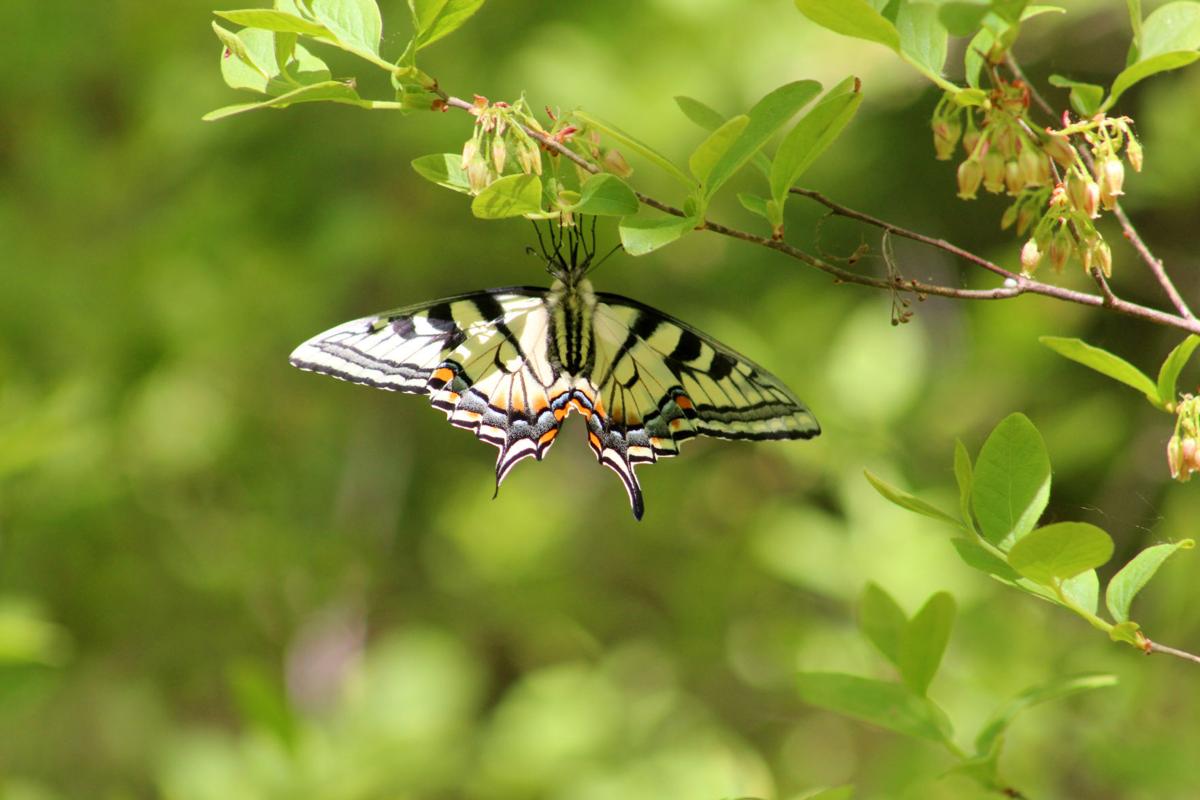 A swallowtail butterfly in Chesterfield on Tuesday. 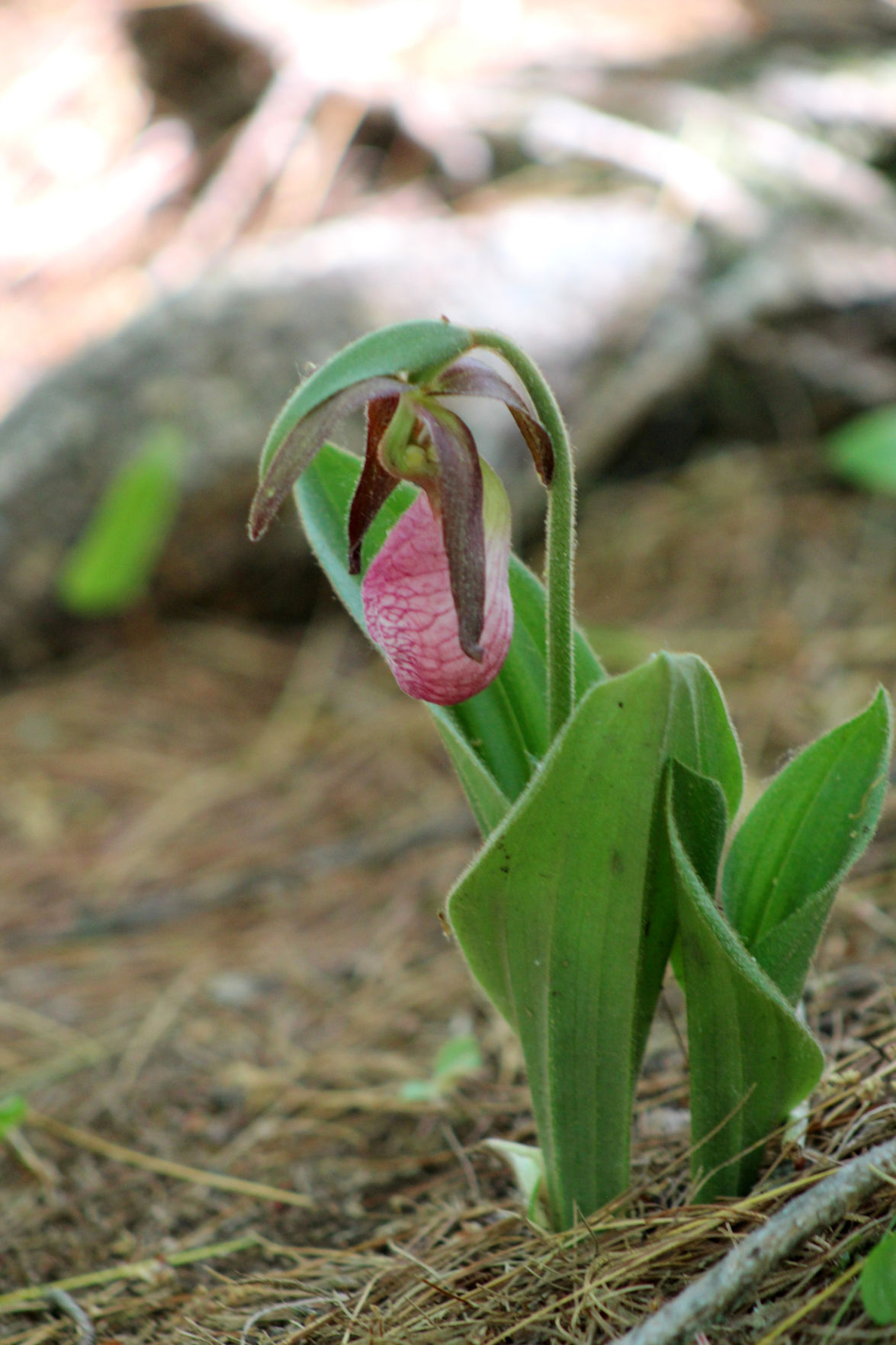 A lady’s slipper flower in Chesterfield on Tuesday. 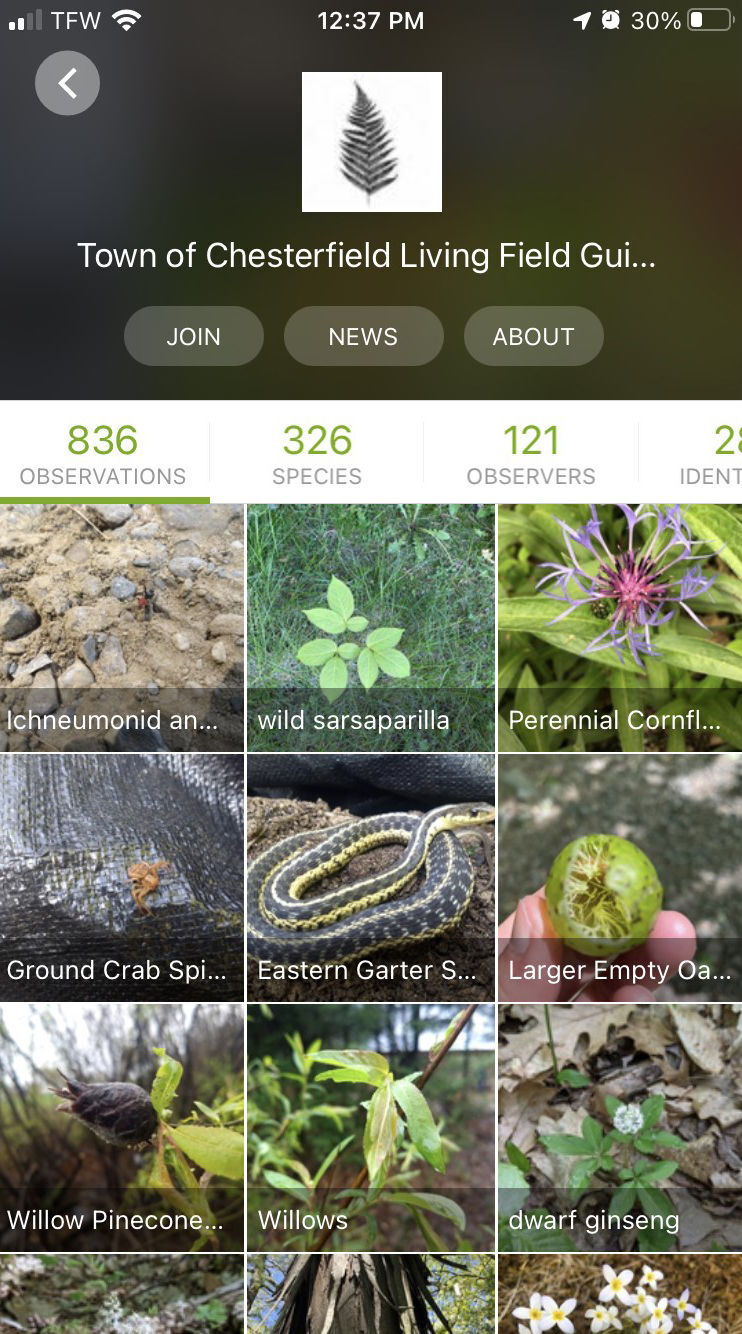 A screenshot from the iNaturalist app. 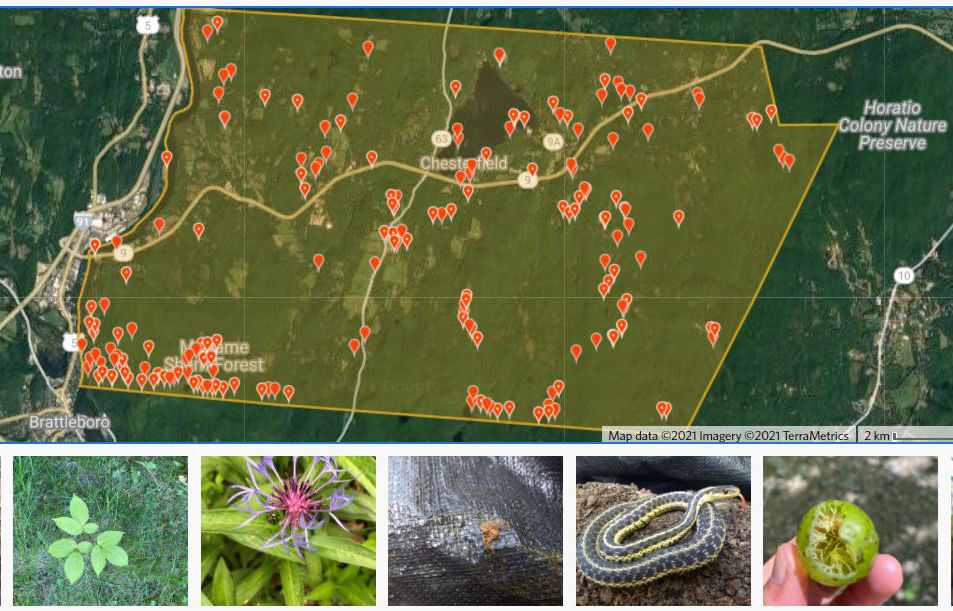 A screenshot from iNaturalist shows the location of wildlife sightings in Chesterfield. 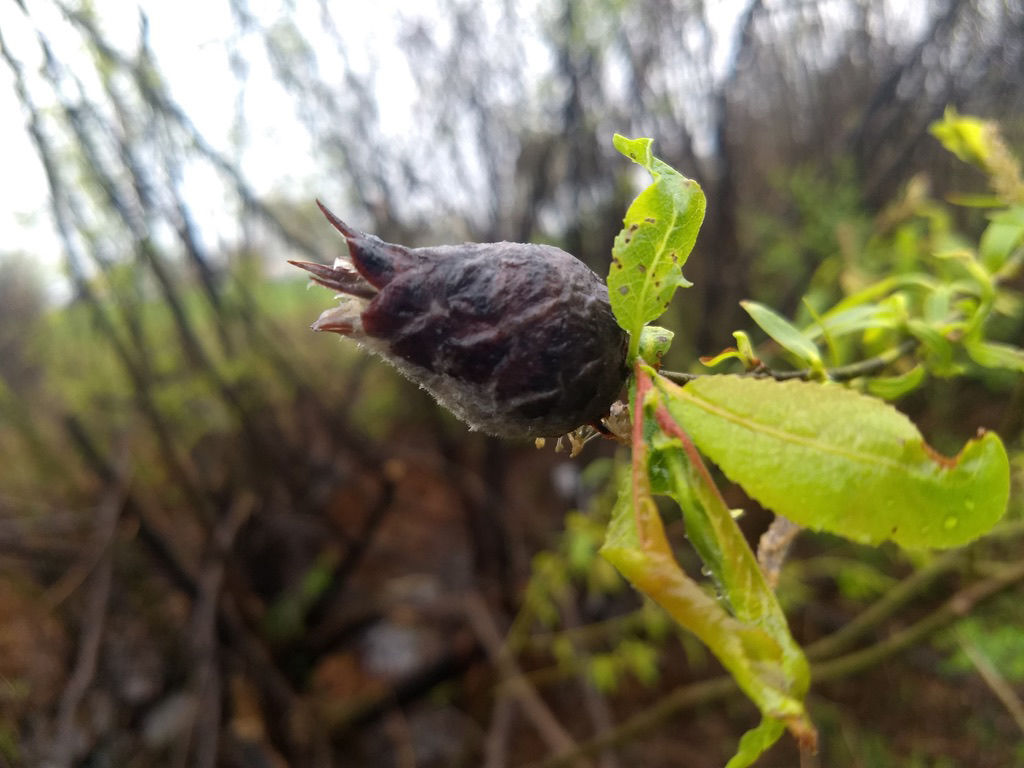 A willow pinecone gall found by one of Laura White’s students.

A swallowtail butterfly in Chesterfield on Tuesday.

A screenshot from the iNaturalist app.

CHESTERFIELD — It’s that time again: Wildflowers are blooming across the Monadnock Region landscape, critters are coming out for the warmer weather and the bugs are back to join summer picnics. And this year, Chesterfield wants its residents to contribute to a field guide that will document those plants and animals.

The Chesterfield Conservation Commission, the Chesterfield School Outdoor Education Committee and the local consulting firm Moosewood Ecological LLC are collaborating to produce a digital index of the plant, animal and fungi species that can be found across town. Organizers hope that by involving the entire community in this project, the town can gather additional information for this year’s natural resource inventory, as well as bring residents closer to their environment.

The project, called Town of Chesterfield: A Living Field Guide, is hosted on iNaturalist.org and stems from Chesterfield’s natural resource inventory project, which Moosewood Ecological is currently conducting.

A natural resource inventory, or NRI, is used by communities to inform decisions about land-use planning and zoning, and helps determine how to protect a town’s natural assets, said Bruce Jacobs, who serves on the Chesterfield Conservation Commission and is the lead commissioner for the NRI.

Jacobs added that he wants residents to take ownership in the project in the hopes it will garner more support for future conservation projects.

Moosewood Ecological founder and principal ecologist Jeff Littleton and ecologist Steven Lamonde are serving as the primary investigators for the NRI. They’re studying forests and wetlands across public and — where they’re given permission — private lands, mapping out natural resources and surveying different species. But they understand they can’t examine every inch of Chesterfield.

“We can’t cover the entire town on our own, it’s just not possible,” Lamonde said.

That’s why they turned to iNaturalist, a free app that connects more than a million scientists and naturalists, according to its website. Users take pictures of plants, animals and fungi or make audio recordings of birdsong. They then upload those files to iNaturalist to be identified by experts.

Each photo or audio recording, called an “observation,” can be added to the Town of Chesterfield: A Living Field Guide project and map. Moosewood Ecological can use those submissions to supplement data they’re collecting in their fieldwork.

For those interested in contributing to the project, Moosewood Ecological will lead a virtual training via Zoom on Thursday at 7 p.m. to go over how to use iNaturalist. People can register by emailing Littleton at jeff@moosewoodecological.com.

Next Sunday, June 6, Littleton and Lamonde will facilitate a “bioblitz” that will include an in-person iNaturalist training outside Chesterfield School. Participants can stop by between 8 a.m. and 11 a.m. before heading out on their own to observe the natural landscape. A projector and screen will be set up outside so people can see their observations added to the map in real time, and participants are encouraged to regroup back at the school at 4 p.m. to look at the progress of the bioblitz.

Littleton, who lives in Chesterfield, hopes to gather community members of all ages in an event akin to an ice cream social or Old Home Day.

“People have been connecting with nature more during this pandemic,” said Littleton, adding that he hopes the living field guide project will help people notice what’s special about the local environment.

Lamonde said his goal is for the project to identify 1,000 species by the end of the summer, and people shouldn’t focus on seeking out only the rarities.

“We need to know where the common things are,” he said, “because they might not be common 10 years from now.”

Due to the effects of climate change, the habits of some animals are changing, Littleton said. Last year, he noticed a Carolina wren by his home that stuck around throughout the winter, which is unusual for the species.

Lamonde, who joined Moosewood Ecological as a bird surveyor, said iNaturalist has prompted him to explore other interests. Last summer, he used the app to identify the moths that visited his home in Hancock.

“I had no idea such diversity in moths existed until I started looking,” he said. “And that’s the excitement I want to pass on to others.”

Laura White, a 5th-grade teacher and facilitator on the Chesterfield School Outdoor Education Committee, said one of her students recently found what they believed to be a plant in their outdoor classroom. White didn’t recognize it.

They used iNaturalist to identify a willow pinecone gall, which appears when a gnat lays an egg on a willow stem. The larva’s secretions alter the stem’s growth, creating a bulb around the larva for it to winter in.

The students were excited to see that theirs was only the third observation of this gall to be uploaded to the project.

Besides its educational purposes, iNaturalist is also fun to use, White said, adding that it’s helped her feel more connected to nature.

“When I go out into the woods and I know the names of the plants I see and the birds I hear, I feel like I’m walking through a community of friends.”