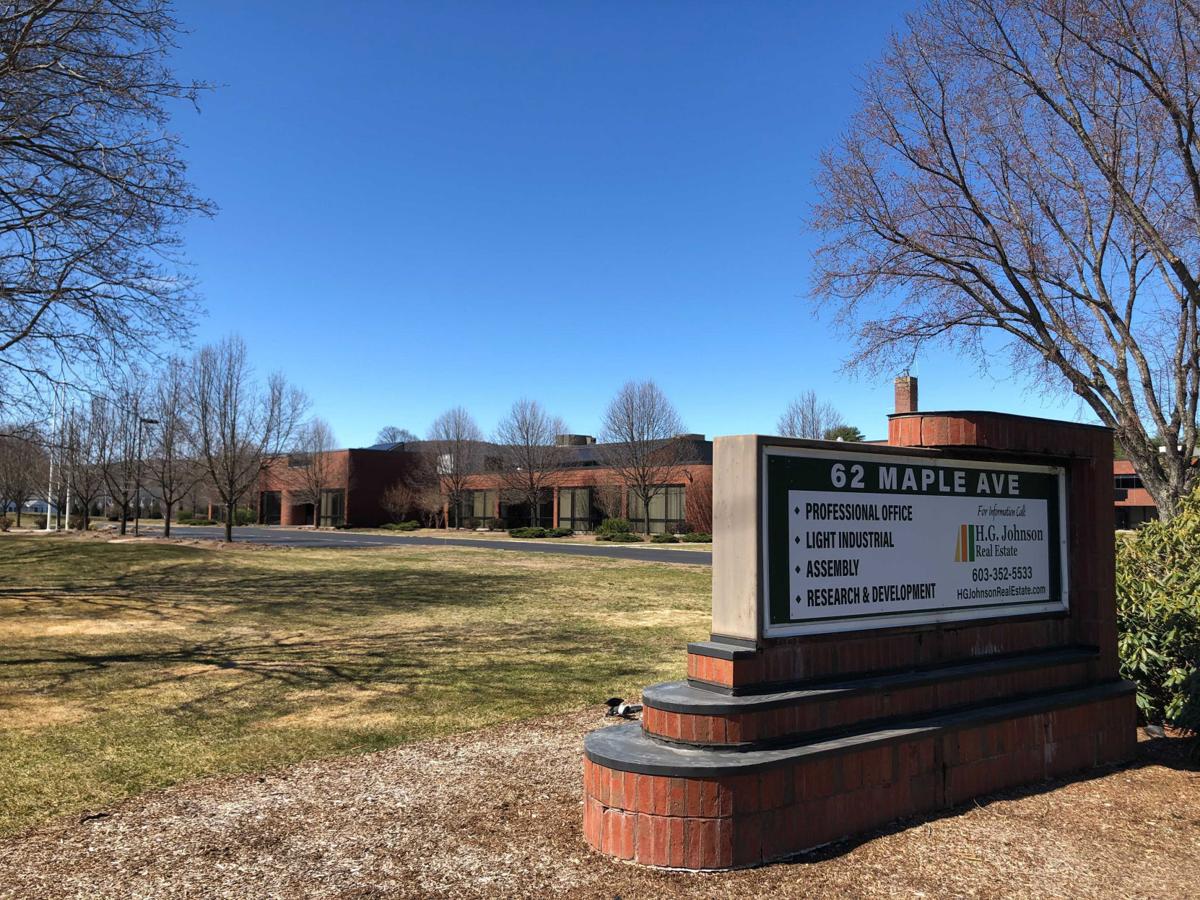 Cheshire Medical Center is eyeing the former Peerless Insurance building on Maple Avenue in Keene as the site of a potential expansion. 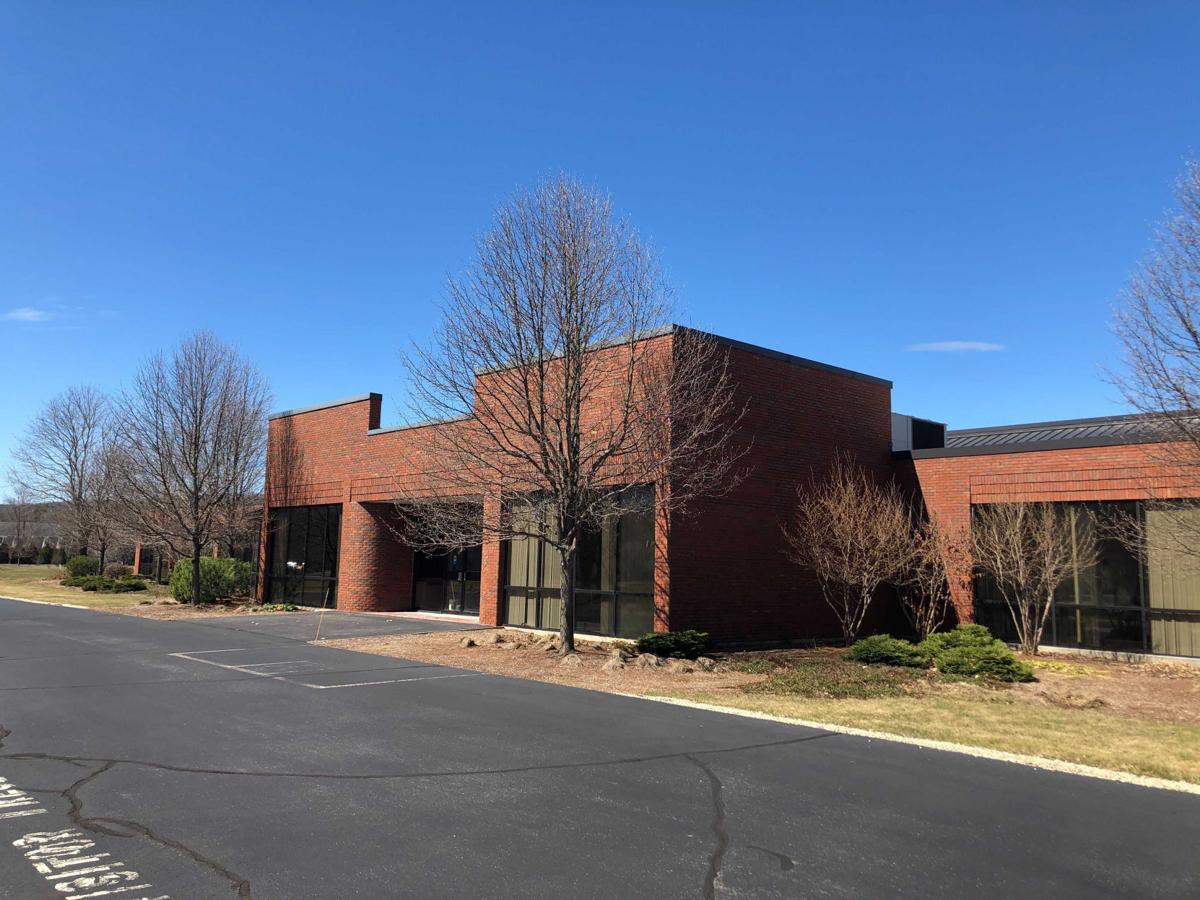 The former Peerless Insurance building on Maple Avenue in Keene, which Cheshire Medical Center is eyeing as the site of a potential expansion.

Cheshire Medical Center is eyeing the former Peerless Insurance building on Maple Avenue in Keene as the site of a potential expansion.

The former Peerless Insurance building on Maple Avenue in Keene, which Cheshire Medical Center is eyeing as the site of a potential expansion.

Cheshire Medical Center plans to establish a primary care residency program at the former Peerless Insurance building in Keene, where it has also proposed moving some clinical and administrative operations.

In a March 19 letter to the zoning board of adjustment, Cheshire Medical officials said acquiring the vacant Maple Avenue facility — which is conditional on city officials’ approving the hospital’s plans for the building — would reduce overcrowding at their main campus on Court Street.

Cheshire Medical CEO Dr. Don Caruso and Chief Operating Officer Kathryn Willbarger wrote that the hospital would also create programs to “serve the growing health needs” of local residents. Those programs would include a new family medicine residency that they said would offer important health services and help recruit physicians to the region.

Family medicine, a type of primary care, involves caring for people of all ages and often multiple members of the same household.

In their letter to the zoning board, Caruso and Willbarger said an aging local population and workforce has created “significant demand” for primary care physicians at the same time many people are retiring from those roles. They noted that rural communities in New Hampshire have “long struggled to maintain an adequate primary care workforce.”

Rural Granite Staters are more likely than their urban counterparts to travel long distances for primary care appointments, partly due to a scarcity of health providers in those areas, according to a report the N.H. Department of Health and Human Services published in December.

More than 7,000 localities in the United States had health professional shortages as of December 2018, with nearly 60 percent of them in rural areas, according to reporting by National Public Radio. Many small-town family practices have closed, NPR reported last year, as older doctors retire and young health professionals opt to work in hospitals over concerns that running an independent practice would be overly expensive or time-consuming.

Creating a family medicine residency at Cheshire Medical Center would help mitigate those issues locally by attracting and retaining physicians, Caruso and Willbarger said, citing data that show more than half of physicians nationwide work within 100 miles of their training site.

The officials also stressed the importance of providing resident physicians a chance to work with community members and a knowledge of local resources, both of which they said Cheshire Medical can offer.

“It is critical to train family medicine doctors in the environment they are most likely to ultimately practice in, and that is in community-based hospitals,” Caruso and Willbarger wrote.

Both the clinical training program and a new family medicine practice staffed by residency faculty would be at the 62 Maple Ave. facility, which was occupied most recently by Liberty Mutual Insurance, according to their letter to the zoning board.

The hospital would also use the 143,000-square-foot building “in the very near future” for several clinical and administrative operations that are currently based at Cheshire Medical’s 580 Court St. campus, Caruso and Willbarger wrote. Those may include physical and occupational therapy, pediatrics, administration offices, human resources and a day care center for employees’ children, among other departments.

Moving those operations to Maple Avenue would create more space at Cheshire Medical’s main campus to expand existing services, including surgery, cardiology and other outpatient care, and possibly add new ones, according to Caruso and Willbarger.

“Without the additional space that 62 Maple Avenue provides, Cheshire Medical Center will be challenged to meet the needs of our aging community,” they wrote.

Establishing new programs at the Maple Avenue facility would require “substantial renovations” over several years, Keene attorney Thomas Hanna, who is representing Cheshire Medical Center, told the zoning board in a letter. That would include an $8 million renovation project to establish the residency, he said.

Hospital officials have requested that the zoning board grant a special exception for Cheshire Medical’s use of the former Peerless Insurance building, as required for an institutional use, like a health care facility, on Maple Avenue, according to Keene’s zoning administrator, John Rogers.

Officials postponed a zoning board hearing on that request Monday, due to widespread Internet outages that affected communities statewide. Rogers said the hearing will be rescheduled for a later date.

Liberty Mutual Insurance sold the 62 Maple Ave. facility, which sits on a 50-acre property, last July to 62 Maple Ave Keene, a limited-liability company that shares an address with the Connecticut real estate investment firm Twenty Lake Holdings LLC. The building was larger than Liberty Mutual needed for its staff of about 190 people, a spokesman told The Sentinel last year.

Founded in 1901, Peerless Insurance had occupied the Maple Avenue building since 1957. Liberty Mutual purchased the company in 1999 before bringing it under the Liberty Mutual name within the past eight years.

Cheshire Medical Center has entered into a purchase agreement with the LLC that owns the property, conditional on the zoning board’s approval of a special exception, Hanna told the board.

The hospital has been exploring opportunities to expand and add clinical offerings at its 12-acre campus on Court Street and in the surrounding area in recent years, according to Barone.

In 2013, Keene officials and Cheshire Medical Center agreed to a 10-year payment in lieu of taxes agreement under which the hospital — a nonprofit that owns multiple properties exempt from property taxes — would pay the city $300,000 that year for its properties, with an annual 3 percent rate increase, according to previous reporting by The Sentinel.

City Assessor Dan Langille said municipal staff would review Cheshire Medical’s planned use of the Maple Avenue building to determine whether the hospital will be responsible for paying property taxes on the site.

The 62 Maple Ave. property is assessed at $9.7 million and would generate more than $362,000 in property taxes under last year’s tax rate, according to municipal records.