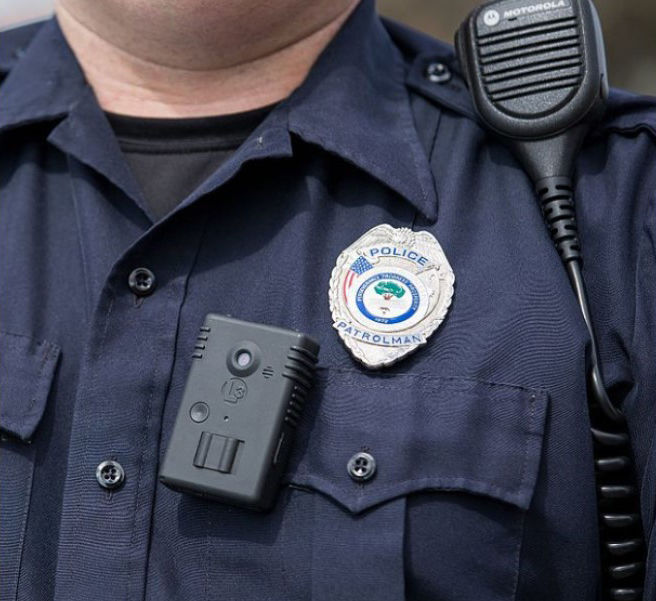 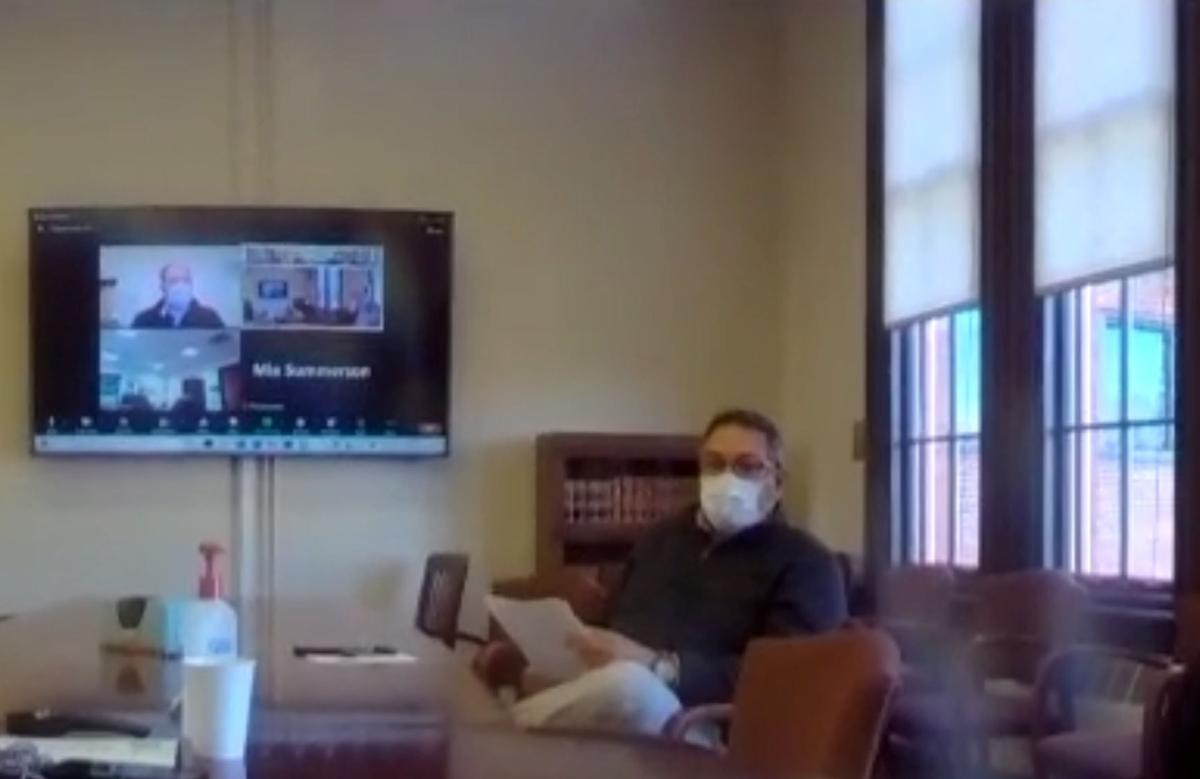 Cheshire County Sheriff Eli Rivera speaks during the county commissioners' regular meeting Wednesday morning, where he asked officials to consider budgeting for a more expensive body camera system after discovering that it comes with additional benefits.

Cheshire County Sheriff Eli Rivera speaks during the county commissioners' regular meeting Wednesday morning, where he asked officials to consider budgeting for a more expensive body camera system after discovering that it comes with additional benefits.

As the Cheshire County Sheriff’s Office works to implement a body-camera program for its deputies, Sheriff Eli Rivera asked county commissioners Wednesday to consider budgeting for a more expensive system after discovering that it comes with additional benefits.

Originally, the county’s plan was to purchase an Axon body-camera system for about $54,000, Rivera said during the commissioners’ regular meeting, but after presenting that figure to county officials, Rivera said his department learned of another system that carries a number of safety features and conveniences like easier communication and sharing of files. This system, he said, would cost the county $95,000 over a five-year period and is manufactured by BodyWorn, which is based in Georgia.

“We realized that even though those might be a little bit more of a cost, that the capabilities of the body-worn camera system far exceeded my expectation,” Rivera said during Wednesday’s meeting, accessed remotely by The Sentinel, “and it brings officer safety to a different level.”

In year one, the cost of the system — which includes a dozen cameras, data storage and other start-up expenses — would be $38,000. The cost during each of the following four years would be $14,250.

However, Cheshire County is anticipating a 50 percent state grant for the initiative, which would mean the system would cost the county only $19,000 in year one, and a bit over $7,000 in the following four years. The funding follows a series of recommendations from a state commission on police accountability — established following the death of George Floyd in May 2020 at the hands of officers from the Minneapolis Police Department — New Hampshire made funds available to help law enforcement agencies purchase body cameras.

Rivera said the benefits of the more expensive system are significant. He explained that it would be a cell system, which allows wireless, real-time communication between the cameras and the sheriff’s office while deputies are on the scene of incidents. The cameras would also link to the county’s dispatch system as well as other police departments using the same technology and enable cameras to turn on automatically when a deputy is responding to a call that is designated as posing a potential risk.

“If it’s an address that we have flagged in our computer system, the camera will actually interact with the dispatch system and turn it on,” Rivera said.

The system would also essentially turn police cruisers into Internet hot spots and would set the department up to easily install in-vehicle cameras later on if its decides to do so. Rivera said he’s hoping to have the body-worn cameras operational by summer.

He said that the more expensive system, unlike the system previously considered, incorporates the cameras right into a deputy’s uniform, where the less expensive system uses clip-on cameras. He said a plate slightly large than a cell phone would be placed underneath the uniform shirt, which would better hold the camera in place.

“During the demonstration, they showed us multiple videos of cameras coming off, and all you get is sidewalk, sky, bushes and just hearing the officers,” Rivera said, adding that the more expensive system doesn’t come with the same risks. “You have to basically rip the uniform off for it to come loose. So that was kind of a big feature that caught our attention.”

Advocates for body-camera use say that by recording police-civilian interactions, the cameras help curb misconduct and hold bad actors accountable — though research is largely unclear on whether they reduce use of force by law enforcement.

During a presentation to the commissioners last month, Chief Deputy Todd Faulkner, who was previously a police chief in Hinsdale and involved with that department’s body-camera rollout in 2014, said Hinsdale officers showed improvement when they knew their actions were being recorded.

“When I implemented the body-camera program in Hinsdale, I actually was able to measure and see a better quality of law enforcement because they were being monitored,” he said at the time. “I’m not saying they were doing it wrong; they just were more cautious and they selected their words better. And sometimes just the way you present your words can keep an incident from going south.”

He said a 2017 Pew Research Center study found that 93 percent of people favor the use of body cameras by police officers and that 66 percent of people think police are likely to be better behaved when on camera. However, Faulkner also noted there were a few negatives to the project, including its cost, added responsibilities for existing staff and a higher influx of Right to Know requests seeking body-camera footage.

Keene is also in the process of implementing a body-camera program. Police Chief Steven Russo said in August that he’s hoping to purchase the cameras in the spring.

The county’s 2021 budget includes funds for body cameras that were approved on the condition that state funding become available to help offset the costs. On Friday morning, commissioners will hear a final review for the county’s 2022 budget, according to County Administrator Chris Coates.